Just thought of putting up boxes of all the Apple products I have. 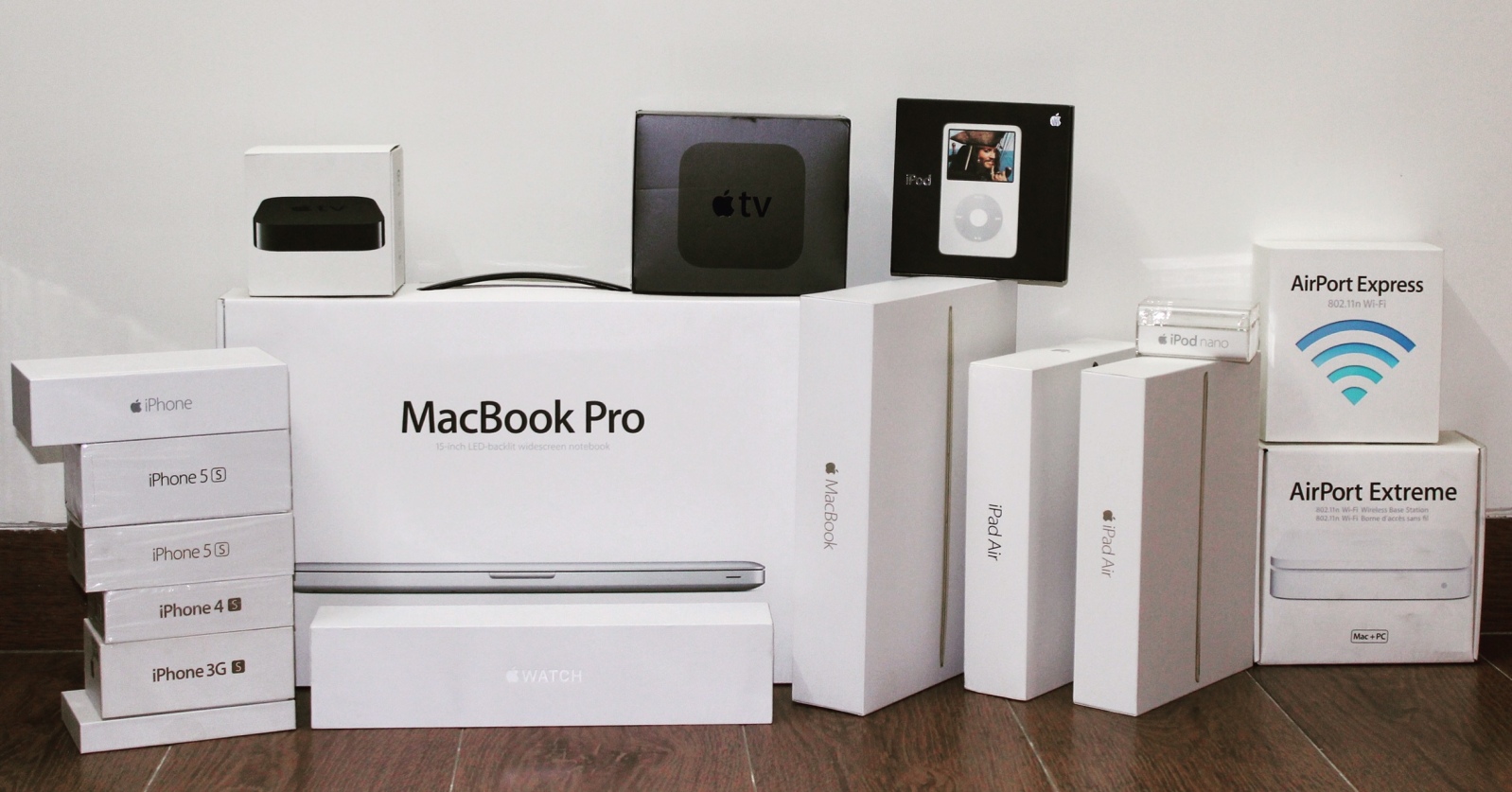 Looking forward to seeing more of your collection
Reactions: jgelin

Is this a wind up ?
Reactions: jgelin, Scepticalscribe and arkitect

Here's what's hanging out in my closet. That's right, I have one of those new-fangled mice! 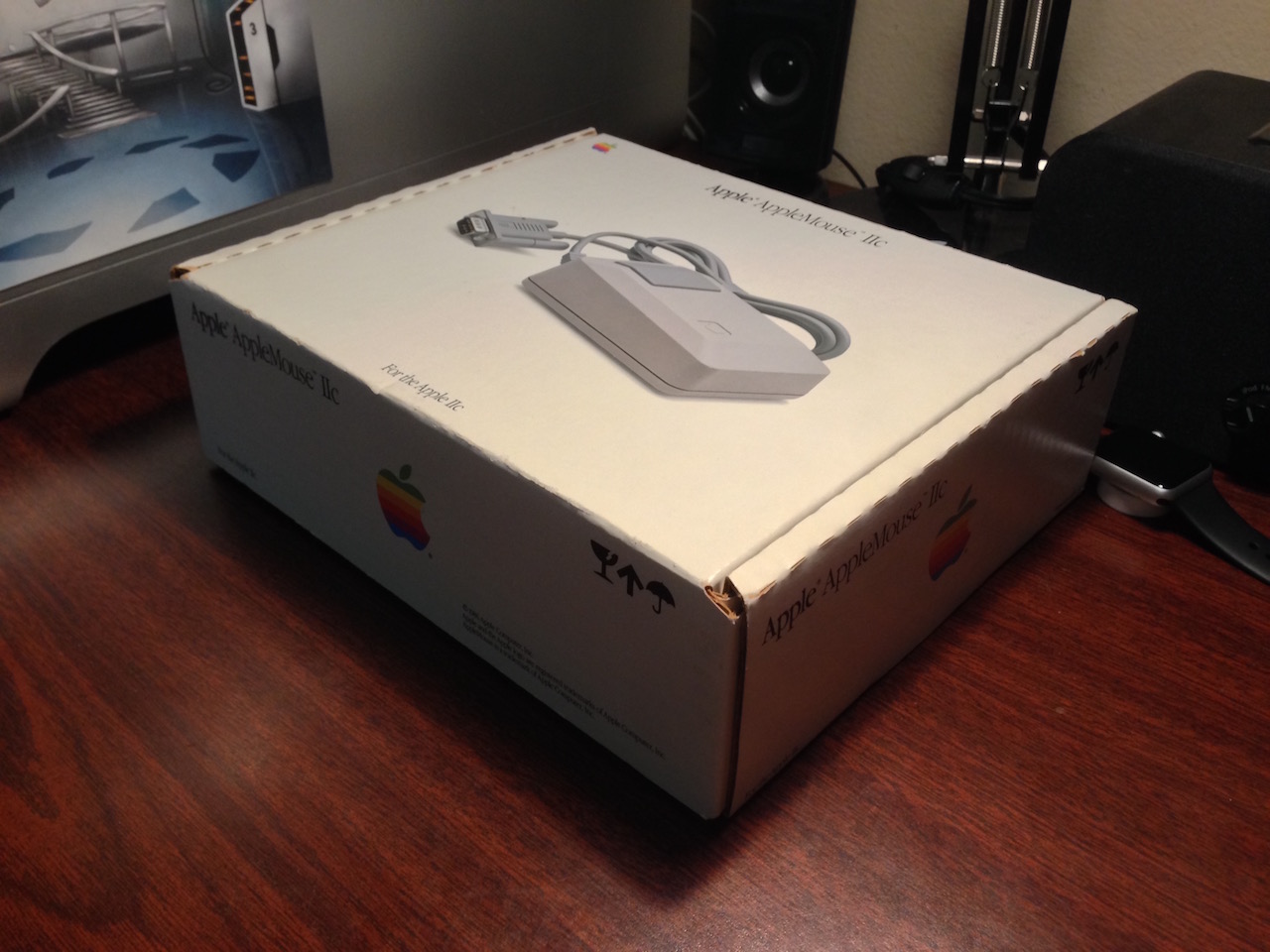 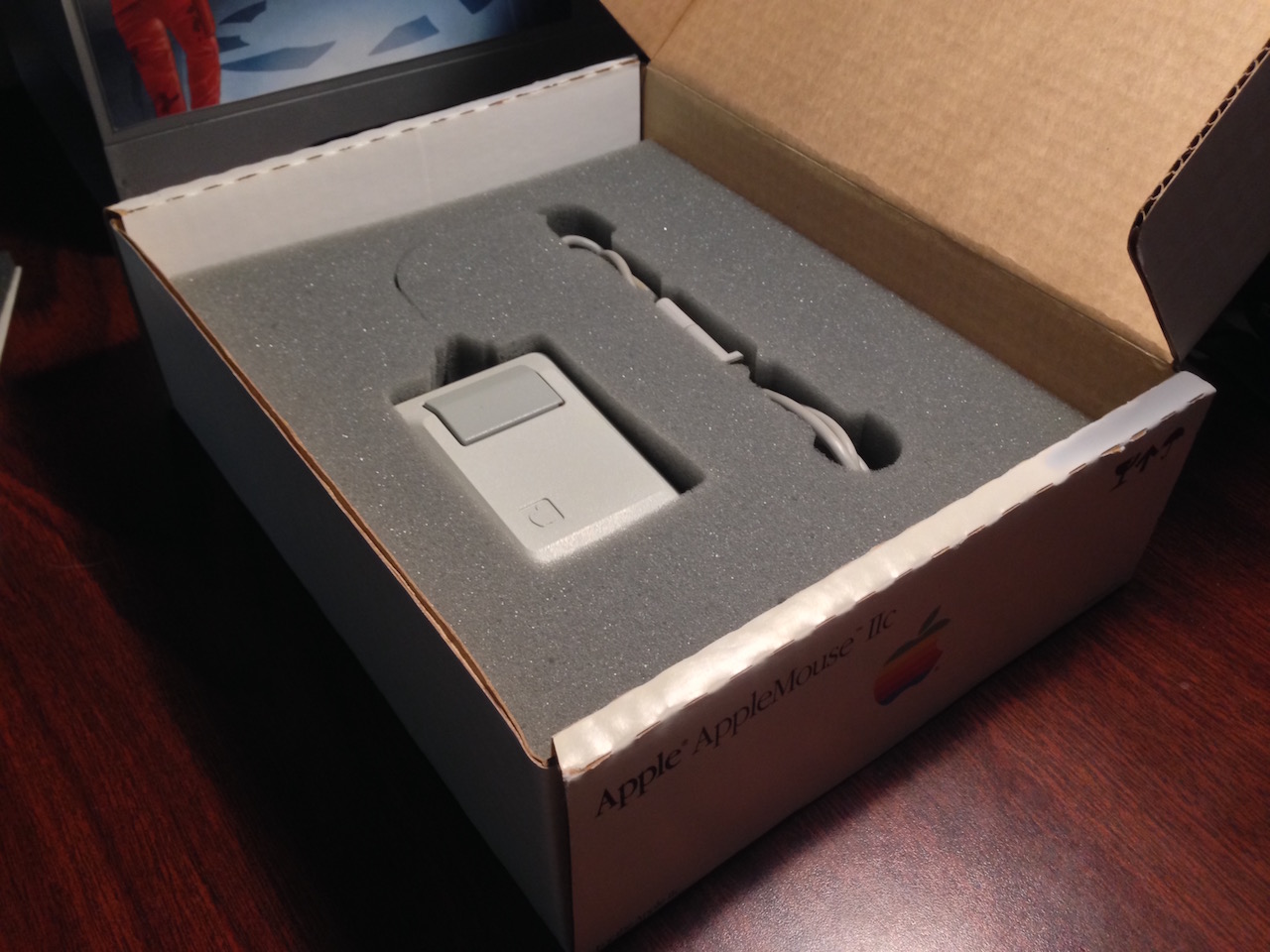 MultiFinder17 said:
Here's what's hanging out in my closet. That's right, I have one of those new-fangled mice!
View attachment 621043

Do you ever take it out and plug it in just for fun?

goosin' said:
Do you ever take it out and plug it in just for fun?
Click to expand...

Yup, I've used it with my IIc, and it works wonderfully
Reactions: goosin'

An older picture of Apple products I no longer own. 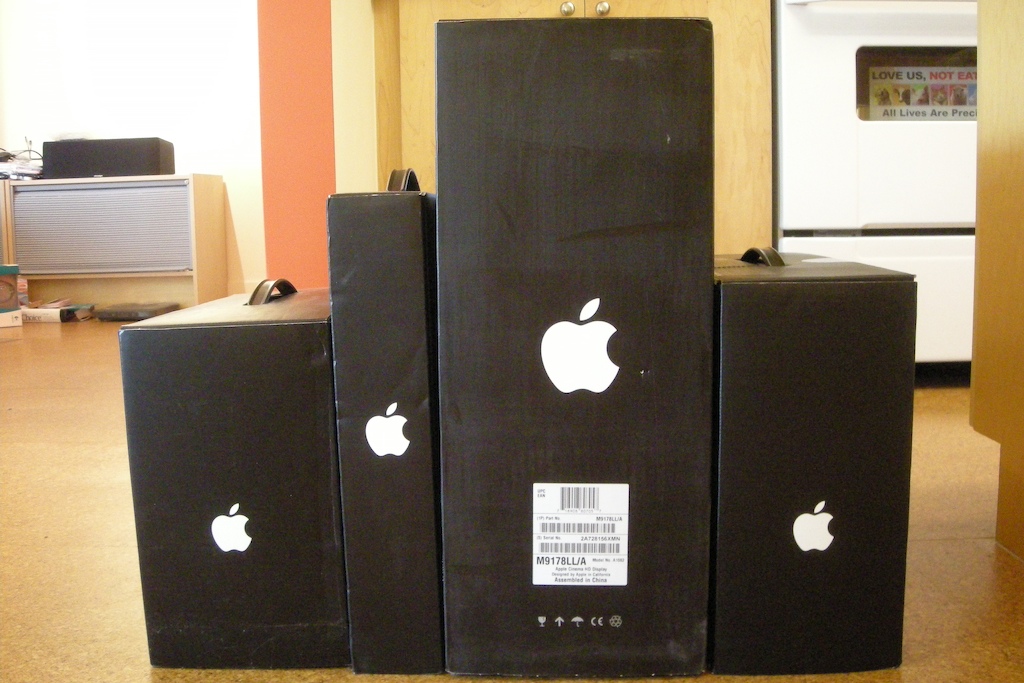 I have some of my boxes still but I usually sell my older products in their boxes to get more money.. 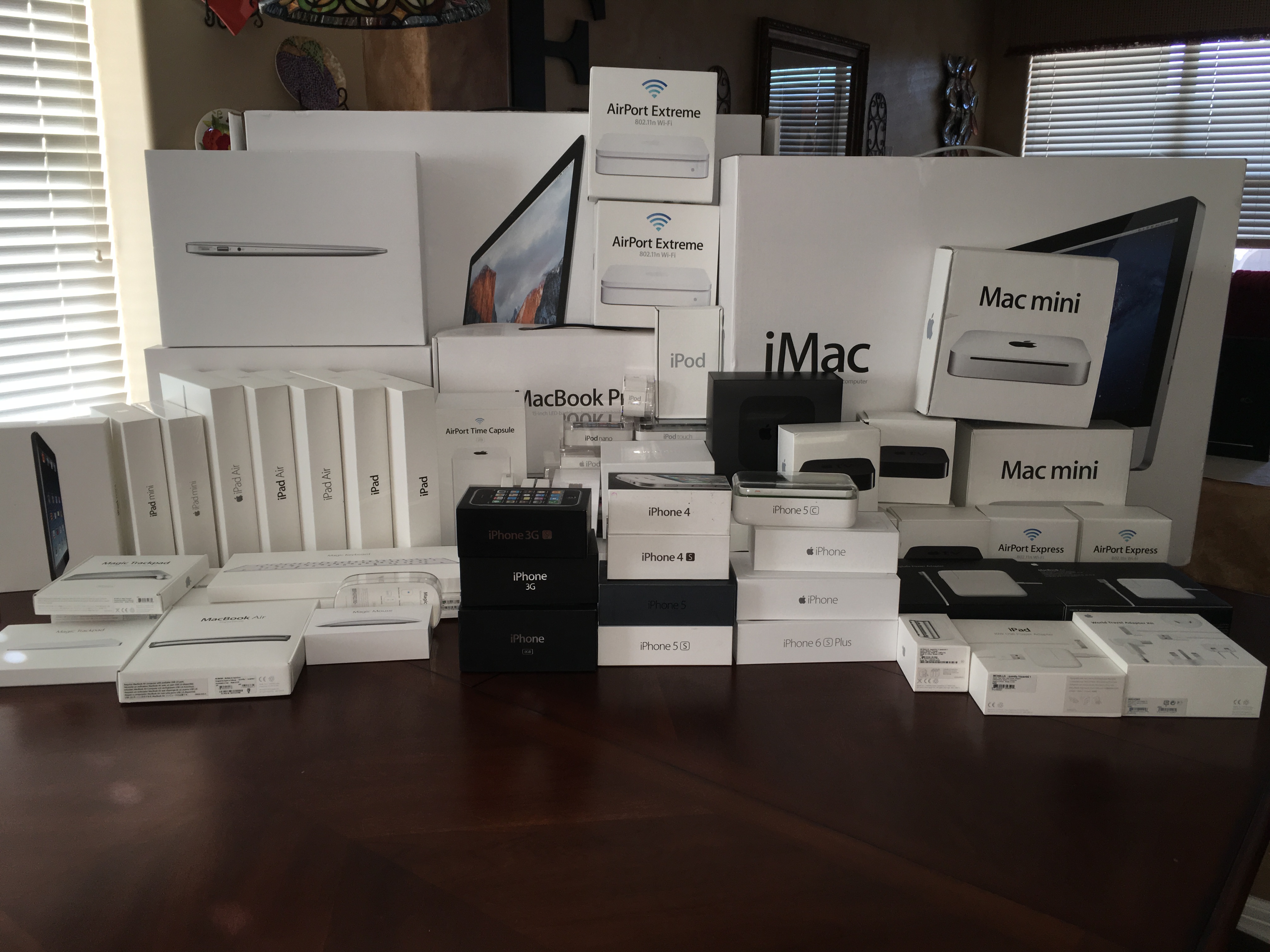 Dragged them all out... here they are...

I don't save boxes, I usually sell them on CL for a couple bucks each. lol

My closet has quite a few Apple boxes in it, I need to clean so pics will come soon...
I always joke it's just a white-padded cell and one day they are just going to lock me in there for buying so many things

omg. Your local Apple Store must LOVE you
Reactions: PowerBook-G5

-BigMac- said:
omg. Your local Apple Store must LOVE you
Click to expand...

If I had a nickel for every nickel I spent there...
Reactions: ljonesj and jgelin

Some of the boxes in my closet...

The wife started laughing at me when she saw this topic. She said "I'm glad I made you clean out the closet..." About half of my closet was filled with boxes. The wife now insisting on only keeping boxes for products we actually have in the house.
Reactions: BillyBobBongo, pojo1806 and MacInTO

I recently purchased a Bowers & Wilkins Airplay speaker and the packaging reminded me of vintage (10 years ago) Apple packaging. There was an incredible amount of waste involved in the packaging. 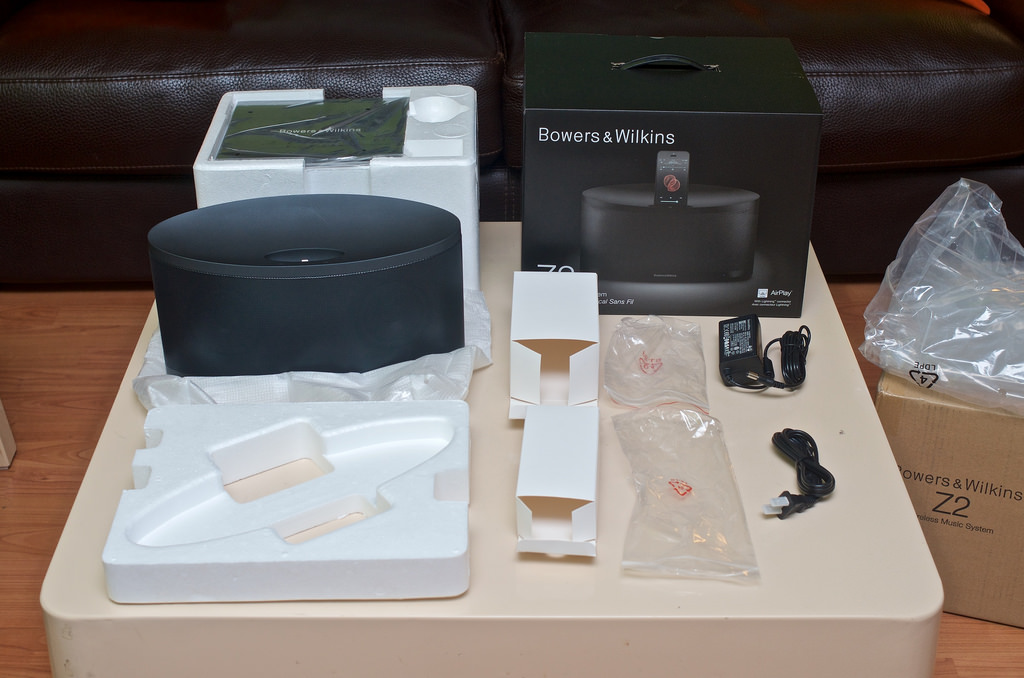 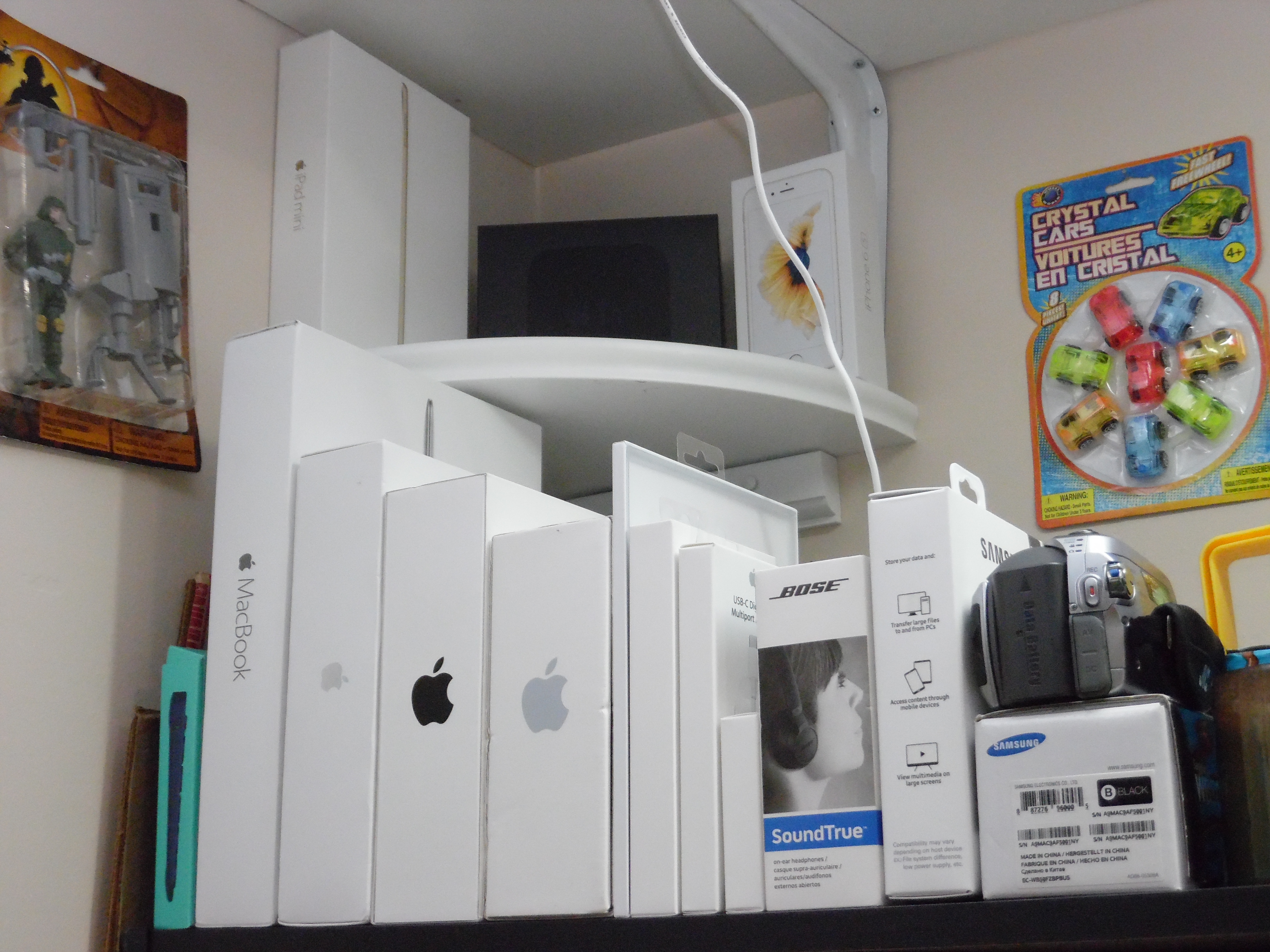 Not entirely Apple products, but this is most of my boxes.
Reactions: jgelin

I am thinking of taking the "only keep boxes for products I still have" approach.
Reactions: MultiFinder17

pojo1806 said:
I am thinking of taking the "only keep boxes for products I still have" approach.
Click to expand...

That's the approach that I take. I keep the boxes for stuff that I'm likely to sell later on down the road to fund something else, or the ones that are small. I did make one exception to the rule though...

Here's my main small pile of boxes in the closet, along with some random Apple bits and bobs. From the top down is my 2012 mini, AppleMouse IIc, 2011 Air, and 2012 rMBP with iPhone 3GS, 4S, and 5 boxes. I don't have boxes for my Mac Pro or G5, because those are huge and I don't plan on selling them. The rest of that area is mostly PowerBooks that I'm working on restoring, and an old G4 mini. 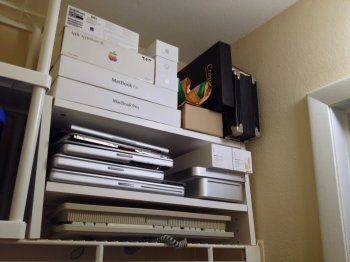 And here's the exception. It's large, but it's a pristine, in-box iMac G5 with all of the accessories 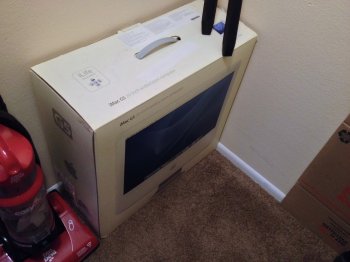 finally managed to get an updated version of my apple collection..!! 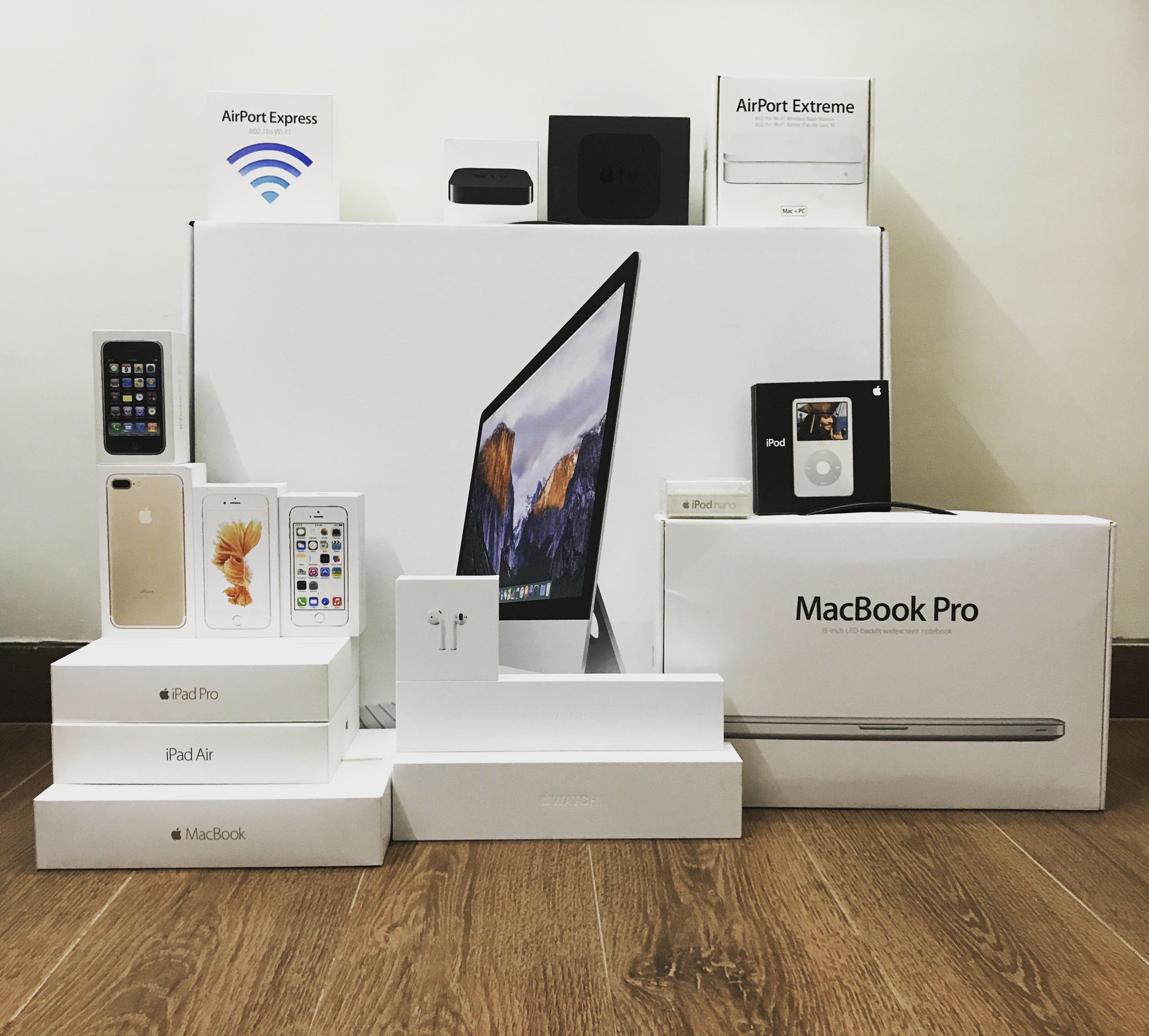 There's more laying around in my closet somewhere. All that money tho

I cleaned out my closet over the weekend and thought of this thread.
All of this since 2013, my first Apple product was a MacBook Air, it died on 4/18/17. RIP 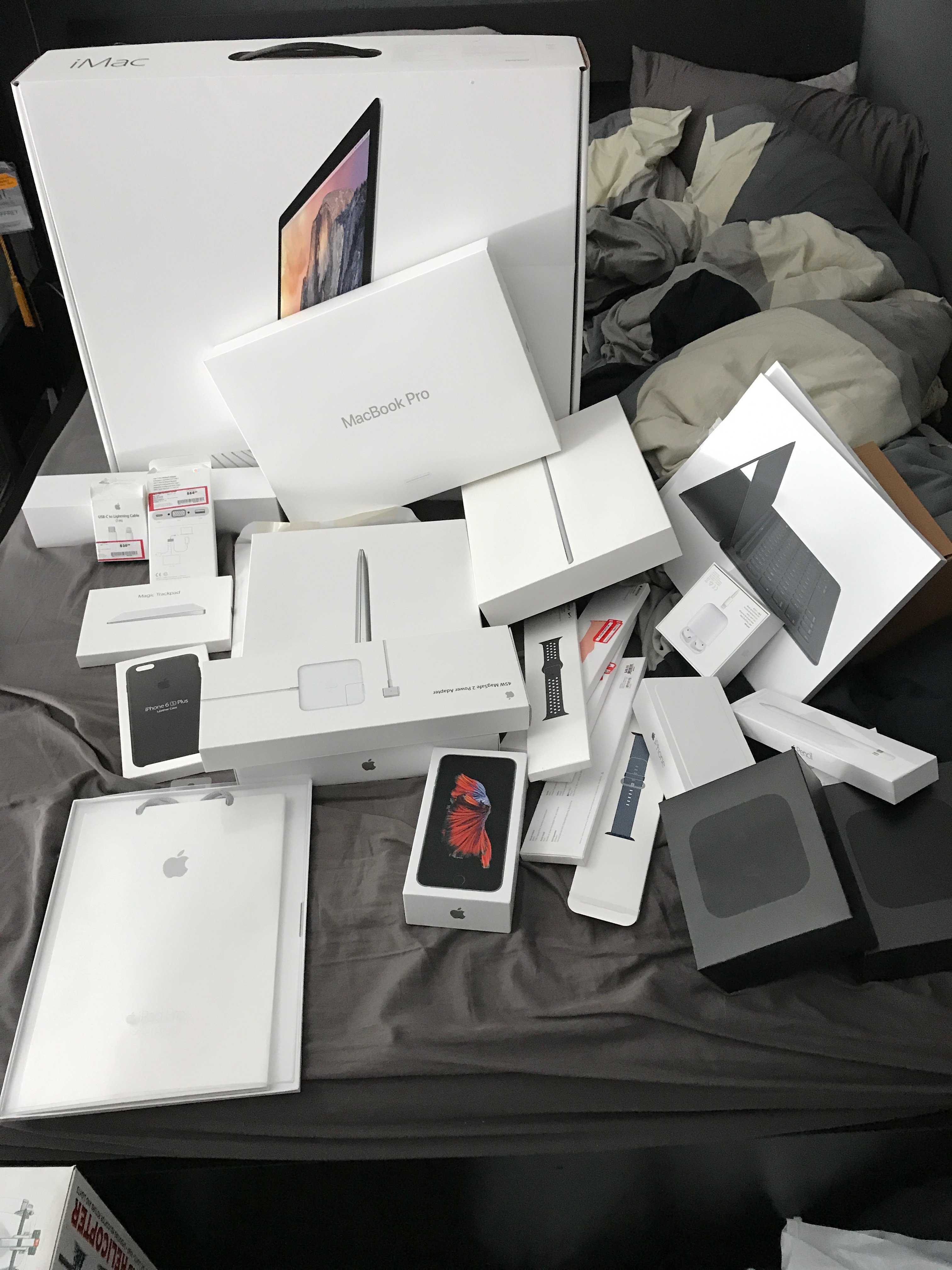 I don't have the box for the MacBook. 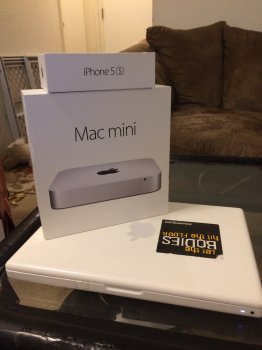 I got iMac and iPhone box from the products I own. 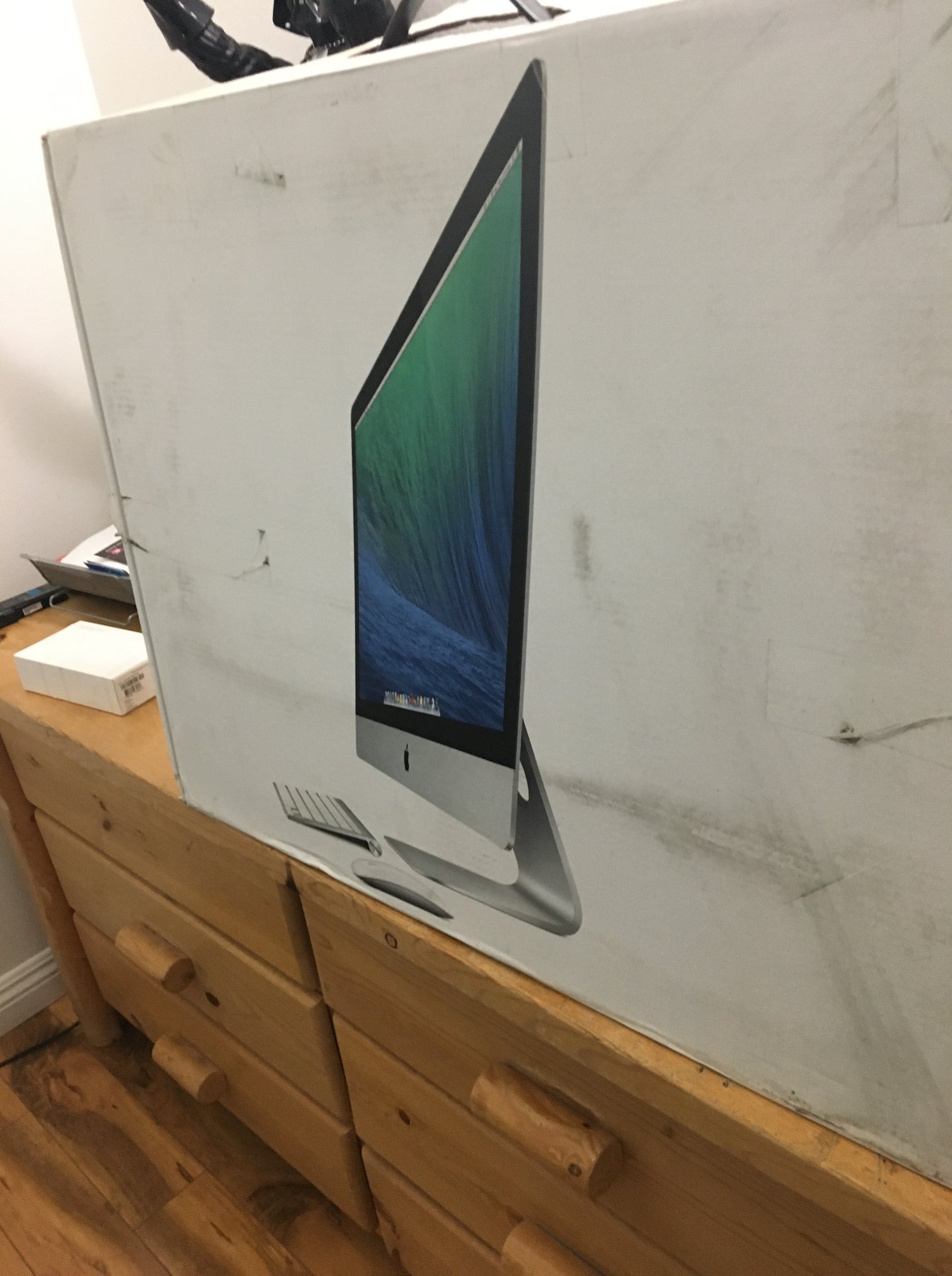 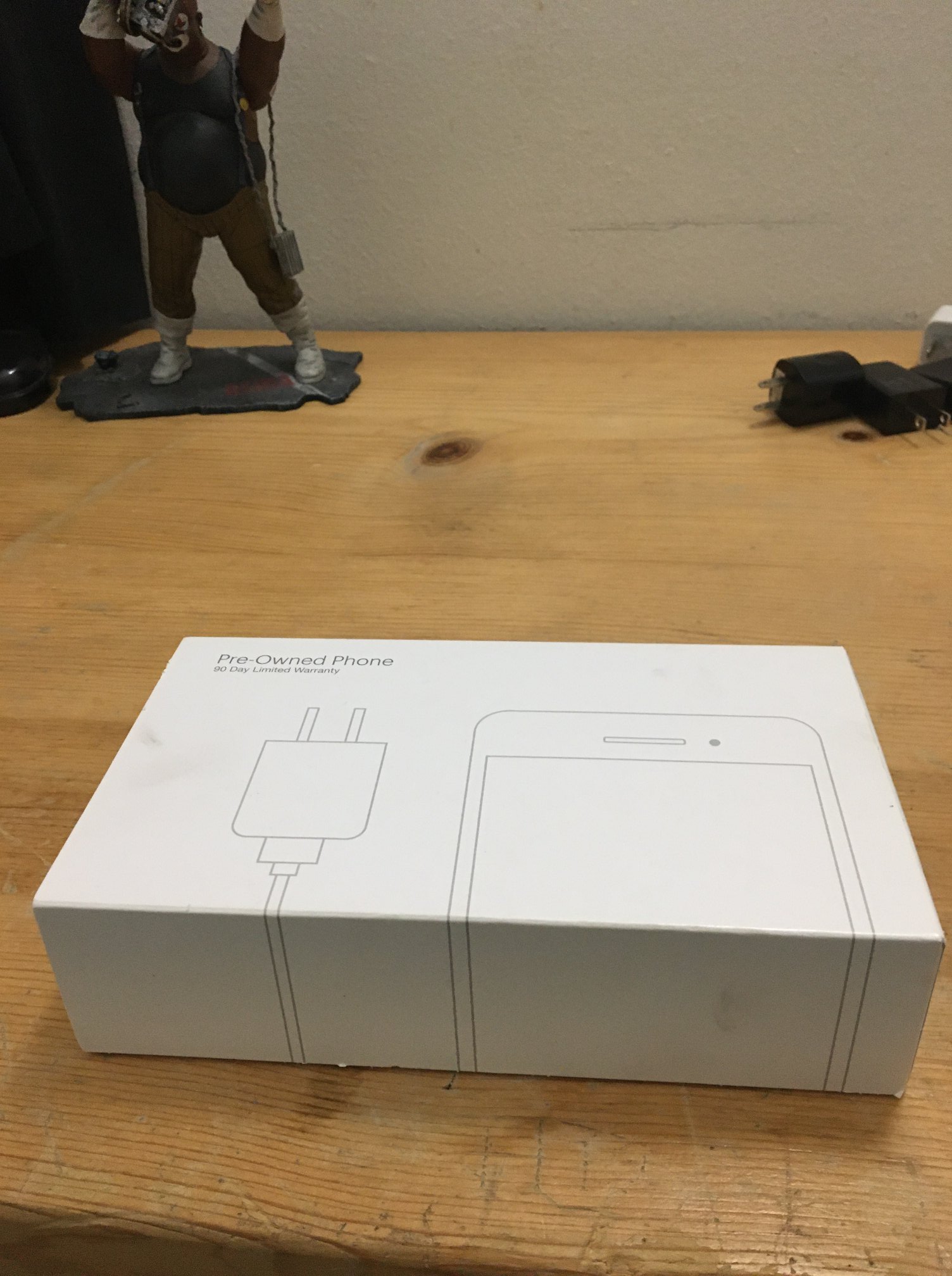