I couldn't seem to find this exact situation when I searched so apologies if this has turned up before...

When he puts the original SSD I shipped the Mac with, it boots up to El Capitan every time with no issues and everything works (including the superdrive).

Since everything works in the original configuration, I'm inclined to think this might be user error. But I'm wondering if anyone knows of something that might cause this issue. Taking this thing back is going to be a major pain so I'd like to avoid it if possible.

He's sending it back now, I guess I'll just try to install Snow Leopard myself and see what happens.

When you get the 3,1 back and the 8800 is still working you should look into one of these.
https://www.amazon.com/Vantec-SP-FC70-BL-Spectrum-System-Adjustable/dp/B000233ZMU
The 8800 is notorious for failure at the soldering points based on the heat in the box.
$14.00 can save you a 3am phone call about "now my monitor doesn't work!" 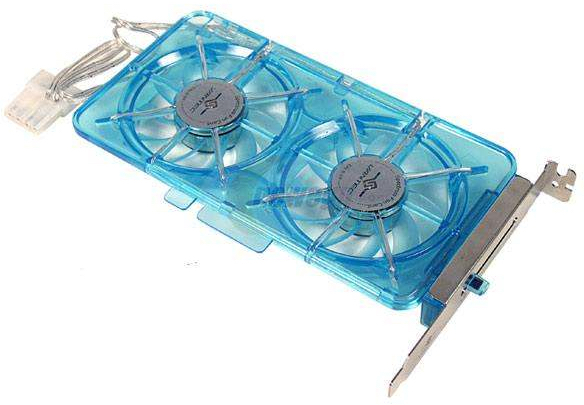