Problems with Microsoft Word for Mac 2016

I'm being asked to activate word for mac again - even though the next payment isn't due until 2020.

So I enter my email address and then it goes into loading mode - see below - but this is now where I'm stuck. It happens every time and there's no movement from here.

Any idea how to resolve this? 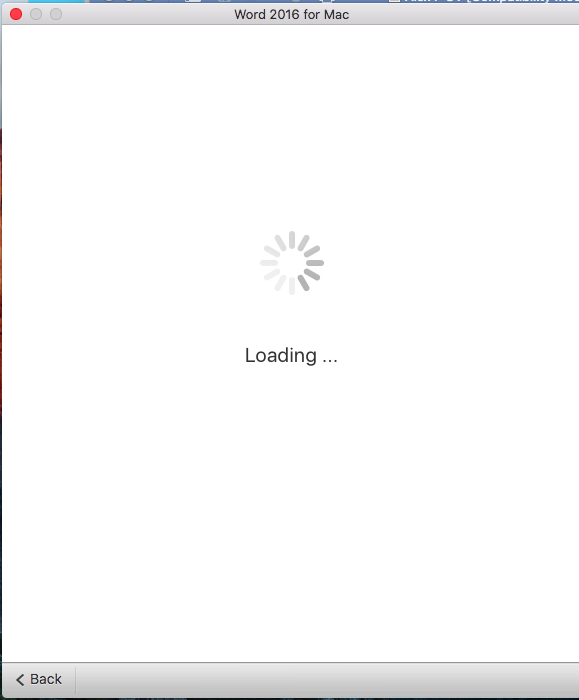 Had this happen to me before on a few different devices. Thankfully I was eventually able to get them sorted.

In my case, there were two problems that I had. One was literally that Microsoft's online servers were down so it wasn't anything wrong with the computer, it was on their end. Annoying as it may be, it may just simply be something wrong on their side. You can test this by trying another application like PowerPoint or Excel. If you can log in there then it is probably just a problem with Word.

Second, I got caught mid update one time and something happened (computer went to sleep I think) and it interrupted the update. That freaked Word out and it couldn't process what was happening. I believe I was able to just reinitiate the update and got it sorted, but you may have to uninstall and reinstall.

Also, based on saying "your next payment," does that mean you have an Office 365 subscription? If so then you should now be able to update to Office 2019. Not much different than 2016, but that might solve your problem also. You could even go through the app store to download Word if you would like.

Maybe the solution in this thread will help?