Anyone having migraines, headaches, or seizures from the always on, flashing red proximity sensor? I just got an XR and it immediately triggered me like fluorescent lights do.

Up until now I thought it was just part of my chronic migraine disorder, but my neurologist is now ordering an eeg.

I was also triggered by a galaxy s8, I'm guessing it was the PWM of the AMOLED screen on that one.

Same exact symptoms, same exact pattern that I get from other flashing and flickering, whether it's able to be seen by the eye or not--fluorescent lights, sunlight flickering through objects, etc.

Anyone else with issues? I spoke with Apple and sent a pic of the light (I took a video, too, which i uploaded to YouTube but I could only send a picture through Apple chat. I thought it was the Face ID causing it, even turned off, but with the picture the rep told me it's the proximity sensor and unable to be turned off on any iphone

Are the sensors on other iphones different? LIke the 8/8+? I have no idea what to try for a phone upgrade at this point. Testing in store isn't possible because the fluorescent lights in the store will trigger me themselves.
A

It could be the face ID ir... or the drinking
Comment

As mentioned above try turning off the attention aware feature. I also suffer from migraines and could feel one being triggered after getting the XR. But as soon as I turned this feature of my eyes independently felt better. Plus Face ID unlocks so much faster and I don’t always need to look at my phone. 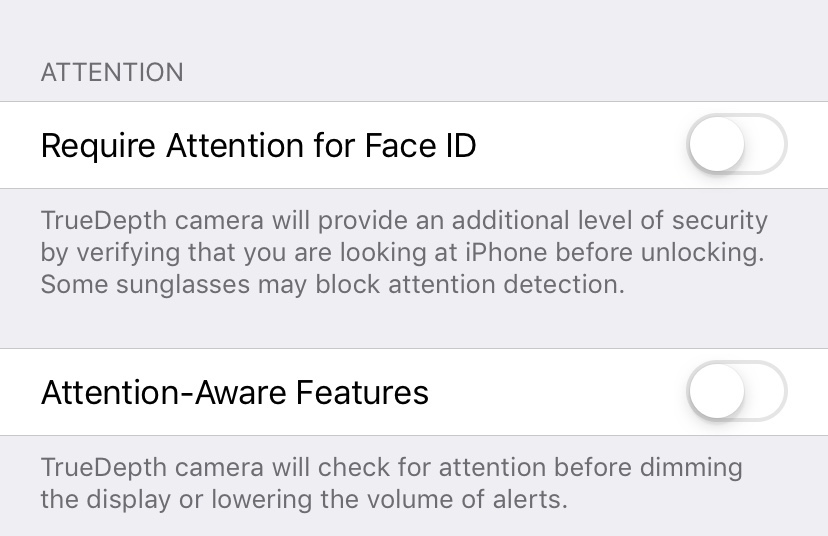