Quick chat with Apple Support - Is this Correct?

Had a quick chat about upgrading from a 6 to an SE while still currently on contract with Verizon until September. Just would like confirmation that everything he said is true: 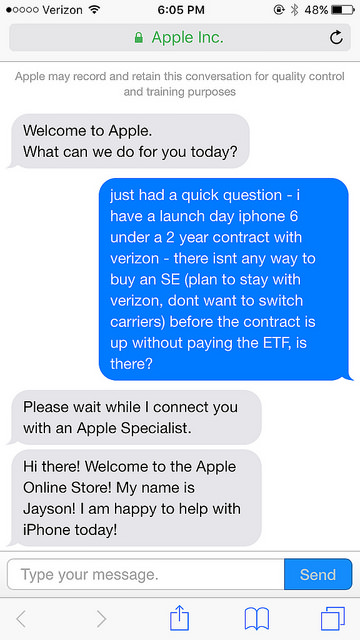 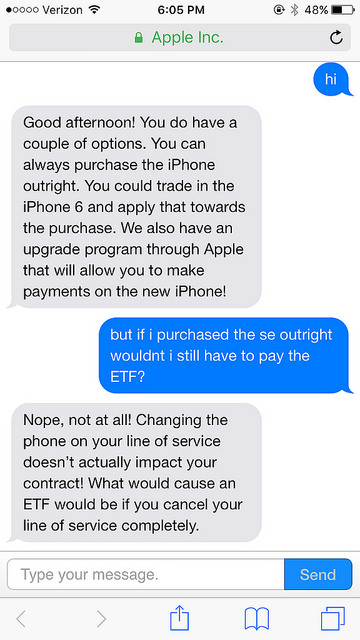 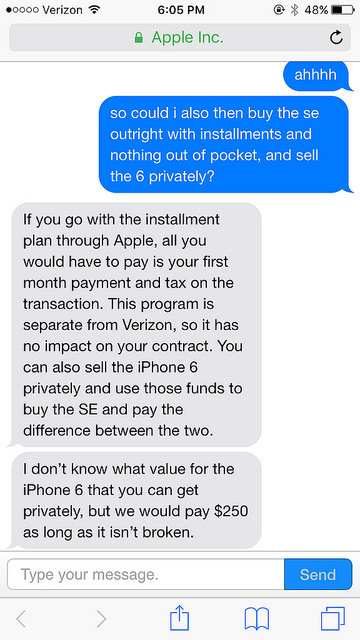 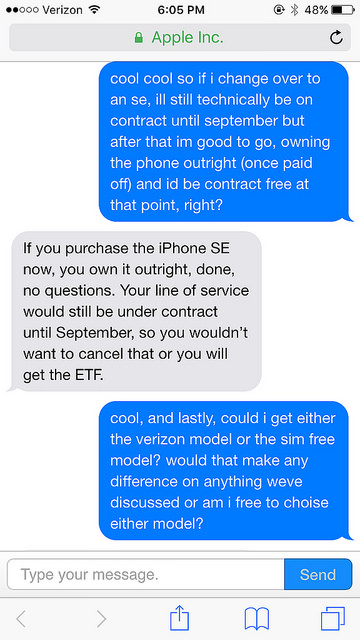 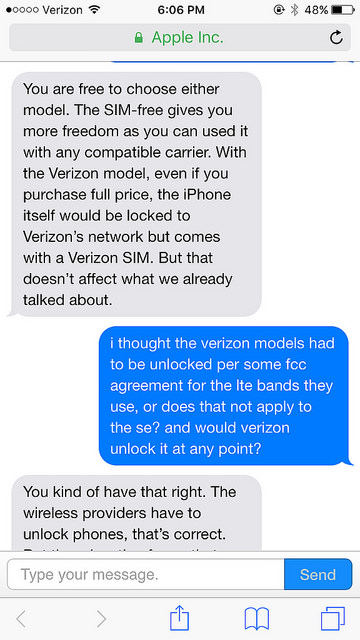 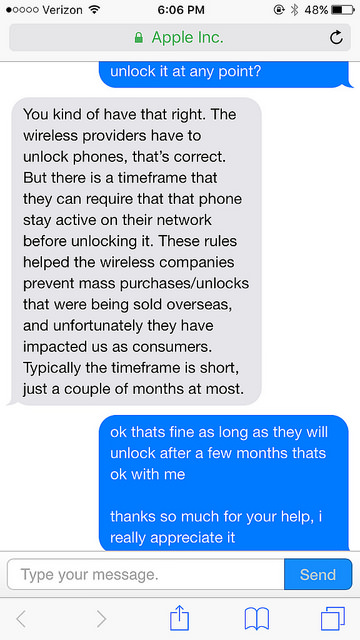 So it sound like I could walk into the Apple store, buy a Verizon or Sim-free SE on the Apple installment plan, pay just the first month installment + tax, and walk out of there, without messing with my current plan at all, and pay no ETF? Then I could go online and sell my 6 elsewhere privately, and then put that cash towards the balance of the SE. Then once the SE is paid off, my monthly plan bill will drop back to what it currently is, and then it's up to me if I want to keep the phone indefinitely or upgrade it through Apple in the future (e.g. I don't HAVE to turn it in to Apple at any point if I don't want to, I can keep it or sell it privately or whatever I want to do)? And come September, when my 6 contract is up, if I had the SE paid off by then, I'd own my phone outright AND be off contract and free to do as I please from that point onward?

Yes basically. Your contract will be over in September and all you'll owe is the plan with Verizon. You'll also owe whatever you owe on the SE. You can also sell your iPhone 6.

Basically yes. I don't know how carriers in US works, but I assume works same way as here in Canada.

When you enter into 2 year agreement with a carrier, you basically saying I will take this phone for whatever the cost and I will stay in 2 years.

When you buy phone unlocked or outright, you can just swap the SIM card and use it. You still bonded by the 2 year agreement.

You can buy the Verizon, AT&T, T-Mobile, or SIM-free models and use it on any of those three networks. If you pay full price or do the payment plan through Apple (not through the carrier), all of those models are exactly the same and will be unlocked. The Sprint model will work perfectly fine on T-Mobile, but is missing certain LTE bands for AT&T and Verizon.

Just last week, I traded in my old 16GB iPhone 5s and got a 64GB AT&T iPhone SE on Apple's payment plan for $14.16/month. I don't even have AT&T. I got that model because that was the only 64GB silver SE at either of the two Apple Stores in my area.

I used the SIM that came with it to activate it, then just put my Verizon SIM card in it and it worked perfectly fine. Now I use it on RingPlus, which uses Sprint's network, since it's free. The only thing I don't get is LTE Plus (Sprint Spark) but that's not even available where I live anyway.

You were right about the Verizon models being unlocked, though. Doesn't matter if you pay full price, sign a Verizon contract, or do a device payment plan through Verizon. The phone is never locked. You have to completely pay off the phone with the AT&T or T-Mobile models if you get them through the carriers if you want them unlocked. If you do the payment plan through Apple, the payments actually go to a third party company, so as far as the carriers are concerned, the device is fully paid off and the AT&T and T-Mobile models will come unlocked.

If you do wind up buying certain carrier's iPhone SE that isn't your own, don't let the Apple Store employees tell you they can't do that. They can. I had one employee tell me she couldn't sell me the AT&T iPhone SE on the device payment plan through Apple without activating service in the store, then another tell me the AT&T iPhone SE wouldn't even work on Verizon. Luckily the third employee knew they were both wrong and sold me the phone without ever even opening the box.

The apple chat specialist is correct. Verizon doesn't care what phone you are using, only that you are still paying for service. You will only pay ETF if you cancel the plan. You can buy an SE, pop in SIM card, and Verizon won't care (or in some cases even know you did it).
P

thanks for the replies so far.

so since the apple installment plan is separate from verizon, how do you pay for the monthly installments? it sounds like it wouldnt be on my verizon bill.

puma1552 said:
thanks for the replies so far.

so since the apple installment plan is separate from verizon, how do you pay for the monthly installments? it sounds like it wouldnt be on my verizon bill.
Click to expand...

When you sign up for the iPhone Upgrade Program, you have to provide a credit card for the credit check. It will be billed to that credit card. You can change the payment method after you set up the online account once your loan begins.

puma1552 said:
thanks for the replies so far.

so since the apple installment plan is separate from verizon, how do you pay for the monthly installments? it sounds like it wouldnt be on my verizon bill.
Click to expand...

It wouldn't be. You technically don't even pay Apple. Citizens One pays Apple and you pay them back.
P

Mlrollin91 said:
When you sign up for the iPhone Upgrade Program, you have to provide a credit card for the credit check. It will be billed to that credit card. You can change the payment method after you set up the online account once your loan begins.
Click to expand...

Channan said:
It wouldn't be. You technically don't even pay Apple. Citizens One pays Apple and you pay them back.
Click to expand...

Ah now I remember some discussion about the hard vs. soft credit check and people getting rejected and having hard credit pulls done.

1) Is it still a hard pull, and is it a one time only thing or do they re-do it every time you upgrade on the program?

2) Looking on the Apple website, it looks like you need to have a credit card. I do, but my wife does not as she's from Japan and just hasn't really needed/wanted one as we've still been able to buy cars and a house without it. If my wife wanted to get on this program also, could we use my credit card?
Last edited: Apr 25, 2016