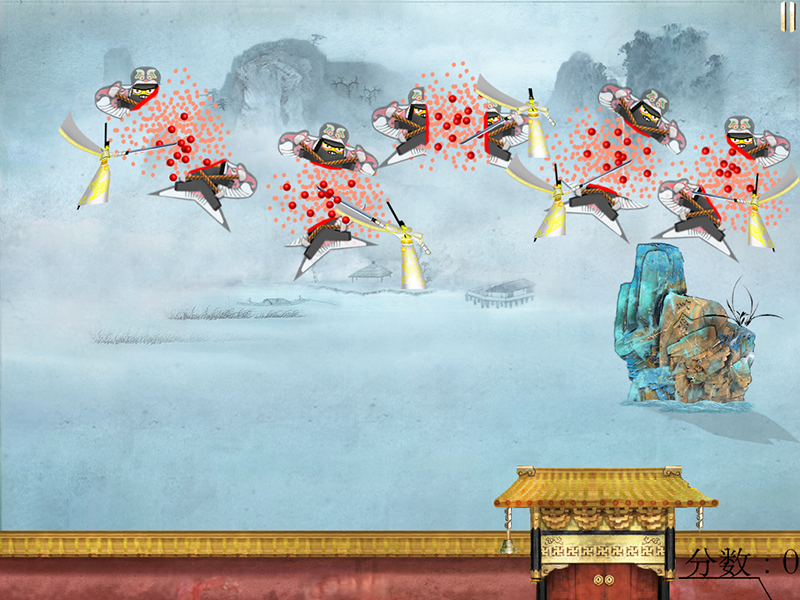 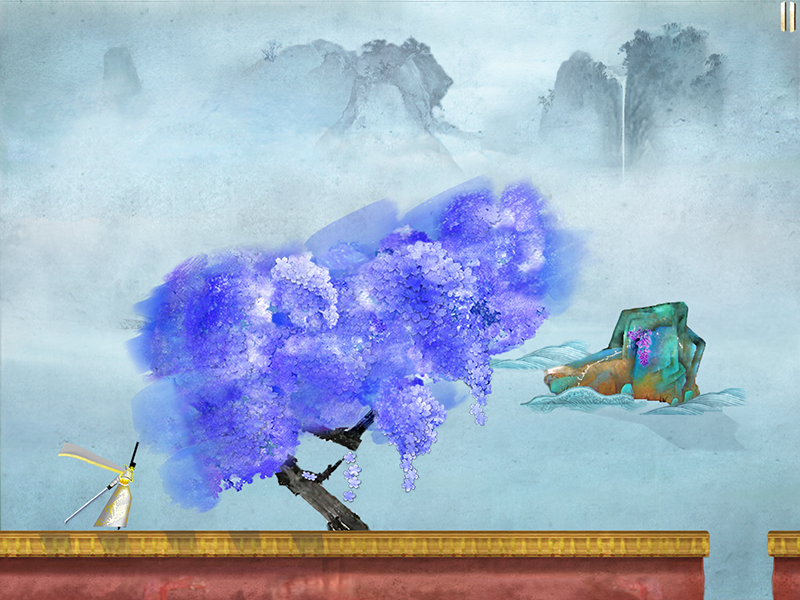 Way to play:Royal Guard run on the red walls.While the black killers flying down,sweep along the queue,so five tokens appear on the trail of the finger.When you rise finger,Royal Guard divided into five and jump to the position of the token and slash in five types of actions!One touch,five killed!
Different queue shape is coming to you!And watch out barrier，touch the screen fast to avoid them!And there is golden melon seeds to collect.
Amazing new classic china-style visual experience:We spend two years and one month to build new china-style visual experience.
Background：
Zhu Yuanzhang was a cruel despot in Ming dynastic in the history of China.In a.d. 1393,to kill all founding fathers ,Zhu trumped up a charge of conspiracy. General LanYu was killed first because of his popularity,more than 15000 people that have connection with Lan is also killed . Zhu had not expected that Lan was connected with the ImperialGuards(is also called "glory-dressed guards") by marriage."Glory-dressed guards"is not only guard,they are also commanded to arrest generals at night.So,five leaders of imperial guards decide to kill soldiers to save themselves. So,they ran on the red walls and kill the killers flying down with kites on their back.A real man in the world of chinese kungfu only have two choice: kill or killed，because the world only have two texture：metal and blood.

I will finish the shock game in a week!
Any feedback guys?

Draw a line on our iPad,and five guys jump to the line to slash!
W