Radiation-proof case by Pong and IDEO 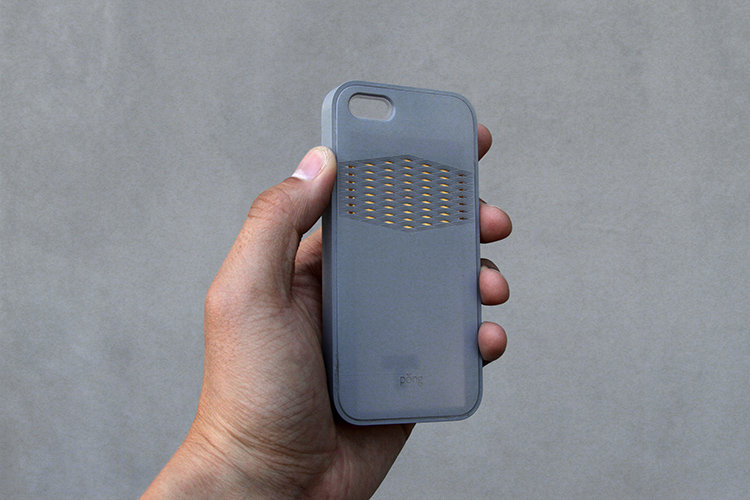 In 2007, Pong began early-stage development for products that could effectively redirect cell-phone radiation away from a users head and body, and released its first product in 2009. A Pong case works because of its antenna, says Todd DeYoung, Pongs president and CEO. When a Pong case is snapped onto a phone, the paper-thin antenna embedded in the case establishes an electric field with the antenna inside the phone, DeYoung tells Co.Design. This steers the energy away from the front of the device (the user-facing side) and toward the Pong case instead.
Click to expand...

Danielmorgan said:
good to get with the latest news here .. have anyone tried it yet as i would love to hear its pros and cons before going for the product..
Click to expand...

So where does it re-direct the radiation to? Towards the person you are pointing your iPhone at??
Comment

Solomani said:
So where does it re-direct the radiation to? Towards the person you are pointing your iPhone at??
Click to expand...

Out of the back of the phone, from what I gather.

My momma always told me not to point my phone at people, it's rude.
Comment
W

Solomani said:
So where does it re-direct the radiation to? Towards the person you are pointing your iPhone at??
Click to expand...

who points a phone at a person?(and dont say when taking pictures) anyway, it just disperses it through the back.
Comment

Isn't the "radiation" the wireless signal?

This case reminds me of those old scammer signal boosters people used to sell that you were supposed to put inside your Nokia barphone's battery. Another words, probably ineffective.
Comment
D

I remember seeing that Penn and Teller series on HBO where they interview the guy who invented those adhesive radiation shields for cell phones. It turns out his background is in marketing and advertising. He has absolutely no scientific background whatsoever.
Comment
S

This pretty much blocks the phone signal, which in returns makes the phone work harder (And produce way more local radiation.) and battery life will drop much faster.

Then the radiation still has to go somewhere so I guess this case points it in to one direction? So pretty much you are getting a full dose of a even stronger radiation at a smaller point. Sounds good!

Anyways ignoring all of this, just stop eating bananas, you will save up on your "Radiation" dosage.