I love to take photos. Lots of photos. I’ve converted to shooting RAW with my DSLR. I’m still hanging on Aperture (I know…move on). I know I do not BackUp nearly enough. Which leads me to a question.


I shoot RAW, and edit with Aperture. But…that’s it. I save out to JPG when I want to upload to a website. But my shots are still “RAW”. I started to use [Amazon] Prime Photos as a way to backup to the cloud since they accept RAW but I’m curious. Those are just RAW/NEF files. None of my edits….which is understandable.


So, backing up RAW/NEF I suppose is like just have film Negatives to keep around. If you ever lost physical prints you have a negative to send out and get reprinted. I suppose that is what RAW/NEF is good for in the digital world.


Currently I Edit/Post-Process my files. But, again, these are JUST in Aperture. If I ever switch to Lightroom/Photos/etc. I will either save to flattened/edited file to import OR import as RAW and edit EACH photo again (this sounds very tedious). So, it makes me wonder… I have re-edited photos after Aperture made updates to certain editing features and as I have improved my editing and want to adjust photos a certain way, BUT overall, the way I’ve been editing of late seems good…or “final” It makes me wonder if I should save out the flat/edited versions now as KEEPERS and move onto a new editing program, and BACKUP these as archives.


Saving the RAW files seems great for archiving but no doubt in the future, the editing programs will not be able to read the edits I have used in a certain program and I’d need to re-process.


Does that make any sense to anyone out there. When I move on from Aperture I will lose my RAW edits unless I save out Versions either in TIFF or JPG. I realize JPG is lossy, but only degrades further if resaved. One thought I have is if I am gone tomorrow, will my wife/kids know what to do with these RAW files and how to view them later.

Perhaps I save out all my Favorites/4- & 5-star rated photos as FLAT Versions. Import these GREAT shots in to Photos to backup. then save all but the DUDs of the RAW files as digital negatives.

Thanks in advance for the long read.
R

I converted 4 and 5 rated images to tiff when I moved from Aperture to Lightroom. I also bundled all images and a copy of the Aperture app and stored it in 2 places. Forget about editability. At some point Aperture will stop running on new hardware/software and editability will cease to exist. Unless that is you want to save an old Mac and OS for the sake of saving more irrelevant stuff. I pitched my Aperture bundle last year. After 3 years with Lightroom.

Your wife and kids will do what they all do, out of respect save your photos and never look at them again. About 2 or 3 generations later they will be trashed. It's our hobby, not theirs.
Reactions: robgendreau and BJMRamage
Comment

I keep everything as RAW. I export finished jpegs, and delete any (raw file) of an image I don't want to keep - OOF, duplicates, etc. But I keep all raw files, and realize that not all edits may transfer with them, but as long as I keep the negative, I'm okay with having to re-edit something down the road in the event of a disaster. I figure software will only get better.

I did save files as DNG for awhile, and kind of prefer that because I do think it's a longer lasting file, but I never remember to actually click that in LR, so keep saving as the camera raw file when I transfer it to my computer. I also figure that I am not just going to wake up one day unable to access or convert my files, so for now, they still largely get copied as camera raw.
Reactions: BJMRamage
Comment

BJMRamage said:
It makes me wonder if I should save out the flat/edited versions now as KEEPERS and move onto a new editing program, and BACKUP these as archives.
Click to expand...

When moving on from Aperture to Lightroom, I exported (as JPG) my entire Aperture library of shots that I wanted to keep and then imported them into Lr. However, just in case, I also exported the original RAW files to a portable drive and stashed it away.

I rarely go back and re-edit a shot but have done it from those pre Lr RAW files a couple times so it was nice to have them and of course storage is inexpensive. You may also find that, if you switch to Lr & Ps, your processing may be quite different - for the better. Not that it was bad before (I don't know) but Ps opens-up a whole different world of possibilities so you may want to have a second look at some RAW files that are very important to you.
Reactions: BJMRamage
Comment

Thanks everyone. good insight so far.

I really need to cull my images better. and REALLY look at deleting those not-so-great shots or choose 1 of 10 or so similar shots.

And, that I only need to keep RAW shots of the best. then convert those versions and start in a new Application. and that in, and of itself, is a huge undertaking figuring out which to move on to.

Thankfully I make a yearly Movie for each kid with what happened in their lives. from birthday to birthday. And we still make photo books yearly and for bigger events.
Comment
J

Not sure if Aperture had this feature, but in lightroom you can choose to delete rejected originals from a collection (or your library). That helps get rid of the digital clutter.

As far as backups, we use local backup and pay $50/year for backblaze to back up the computer and external drives.
Reactions: BJMRamage
Comment

jdechko said:
Not sure if Aperture had this feature, but in lightroom you can choose to delete rejected originals from a collection (or your library). That helps get rid of the digital clutter.

As far as backups, we use local backup and pay $50/year for backblaze to back up the computer and external drives.
Click to expand...

Yes, there is an easy way to delete/flag/reject photos in Aperture. I really need to do this soon, before transitioning. I have been uploading photos from 2013-Dec 2017 into Amazon Prime Photos....30k Photos...265GB.
Comment
R

Look at Aperture Exporter. It makes it relatively easy, in Aperture, to export out say a bunch of edited TIFFs of your best shots, ones where, in effect, you wanna save the "print" as made by Aperture. Even if as just a reference point if you choose to re-do the adjustments in a modern editor.

I know most all of us need to be encouraged to cull more, but newer software can often breathe some life into images that maybe were kinda meh upon initial viewing. The dehaze options in Lightroom and/or DxO has made a few of my old landscapes worth saving. Or just new ways of looking at them, or new post processing filters, profiles, etc. Storage is pretty cheap, so you can afford to keep a lot with just a moderately sized external USB 3 drive or two. Of course a lot depends on what you go to after Aperture. Photos is useful, but not a real substitute.

Going forward, I use Lr not Photos because it's easier to write metadata into the files, rather than relying on a database, and because I Adobe's adjustments and file formats are about as close to a de facto standard as anything we've got (TIFF works, but it isn't saving parameters like say other file formats and/or sidecars).
Reactions: BJMRamage
Comment

ok, so I pulled some NEF and then Processed TIFFs from Aperture (wanted to compare editing and try to get close but wasn't worried about 100% perfection, just to get the hang of it...but working on MBP screen and a ViewSonic screen...should have stuck with just one screen-MBP)

This photo was taken in the evening hours (Golden Hour) with a 35mm 1.8. I was taking photos of my son when my daughter screamed take my photo too..I turned, snapped a few pics and moved on. This shot is pretty decent as is. I should probably try to find a BAD shot and adjust that. 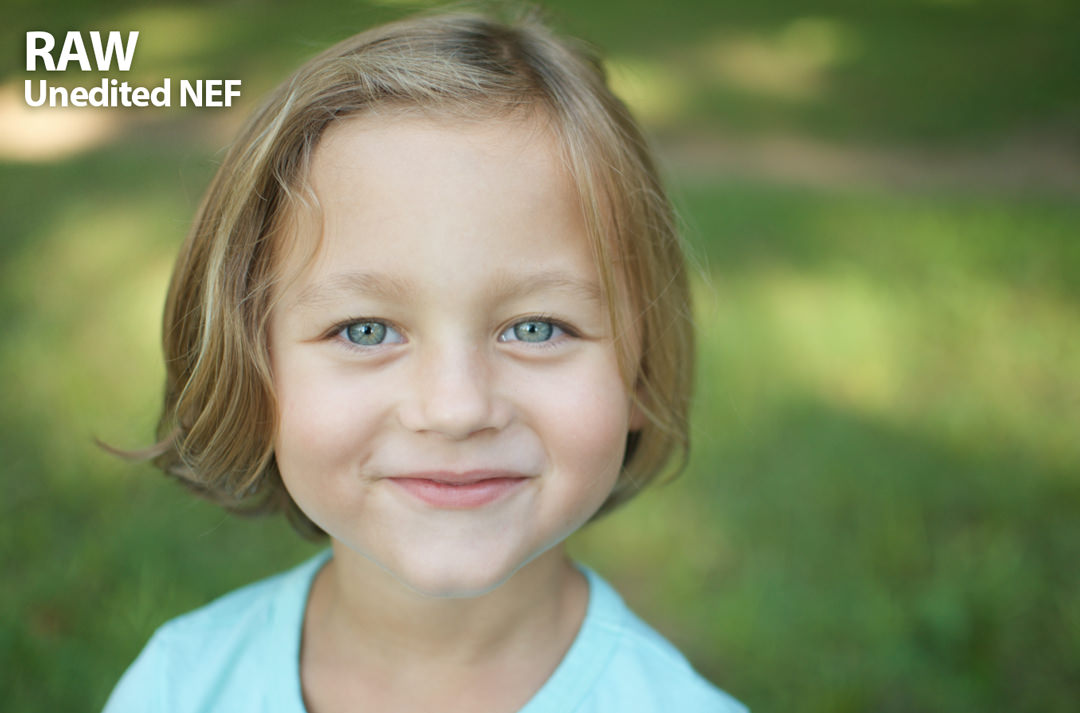 Next is Aperture Edited RAW that I liked...again brought into PS and added text: 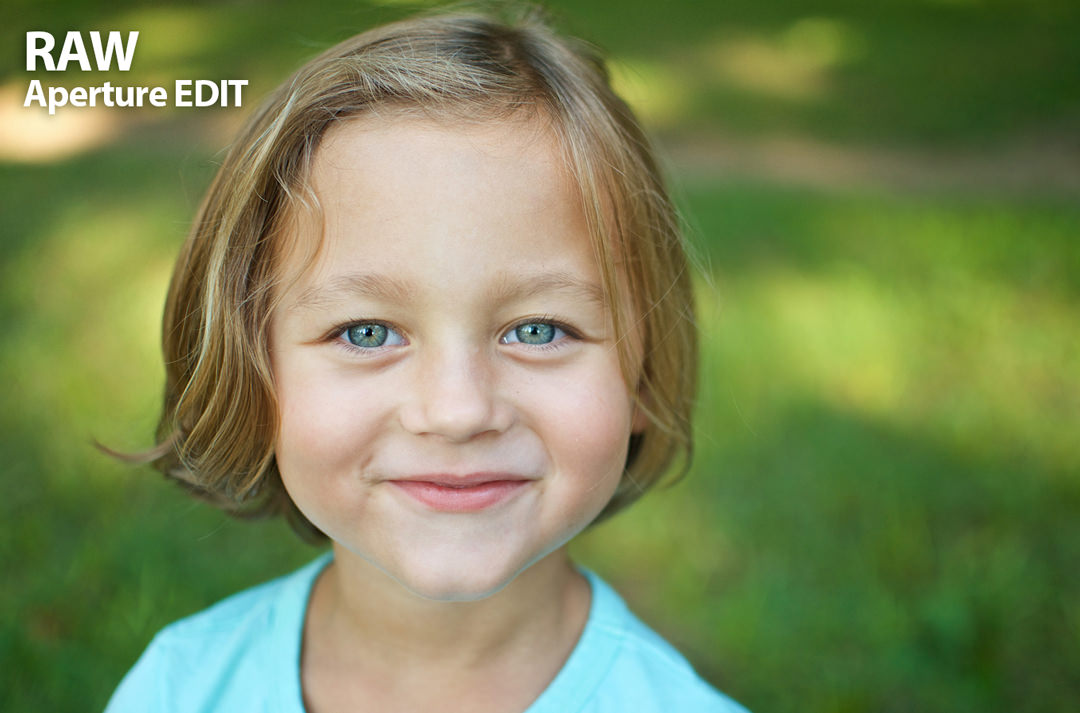 Next is Photos Edited RAW that I liked...again brought into PS and added text: 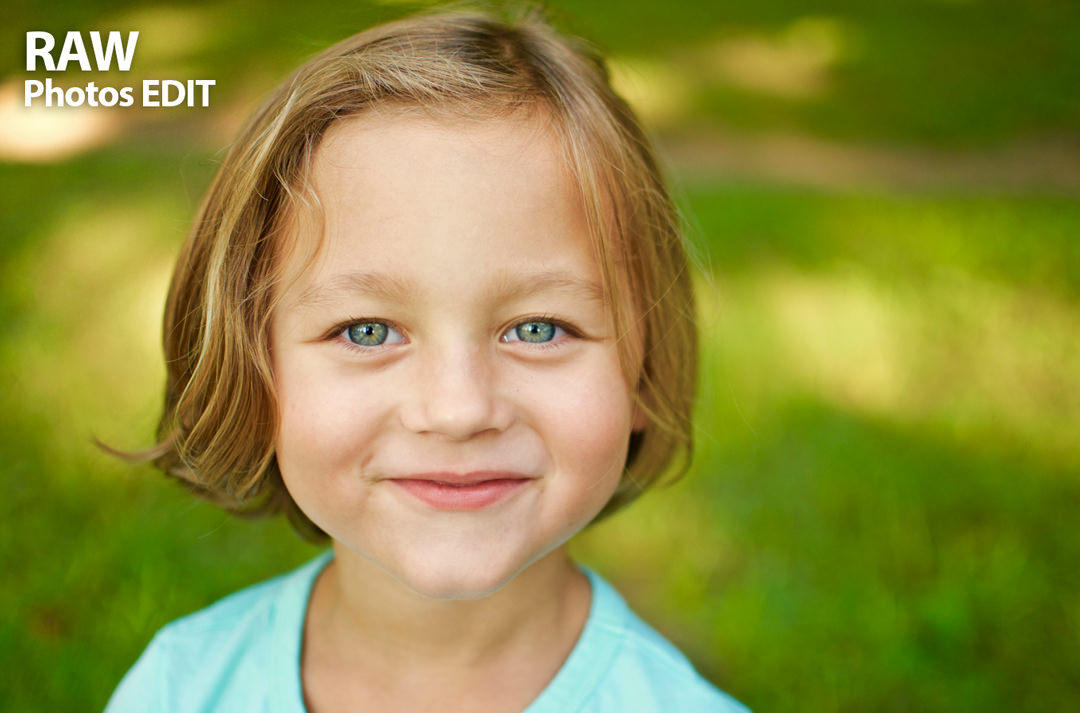 The Photos edited is a bit yellowy. I was flipping back and forth on the screens and should have been more careful but was fairly impressed that it came out decent. I'd need time to really craft my edits.

What I don't like is in Aperture I had PRESETS I could easily make quick edits to photos. AND I could quickly copy edits to another image/group of images. This was GREAT when a setting wasn't quite working and a simple edit on one could be easily applied to many.

Those two are big drawbacks. Wondering if Apple will allow this on the next release.
***And when I opened Photos and selected NEW Library it suddenly pulled in LOTS of photos...arrrgh! I only wanted to add in My Sample/TEST. Now I am afraid to delete this TEST library for fear of nixing all my photos.
Comment
You must log in or register to reply here.
Share:
Facebook Twitter Reddit Email Share Link
Register on MacRumors! This sidebar will go away, and you'll see fewer ads.
Sign Up
Top Bottom