RBC Capital Markets raised its AAPL price target to $157 today, up from $155, as it believes iPhone sales were stable to modestly better than expected in Apple's second quarter, which ended on March 31. 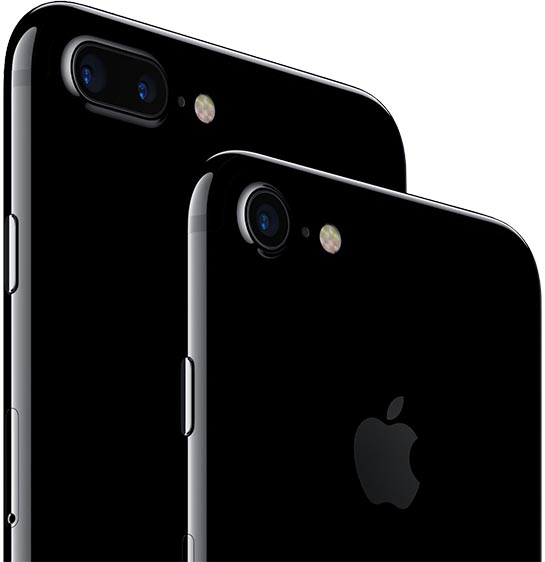 The bank said it remains positive about AAPL based on so-called "iPhone 8" refresh cycle tailwinds, benefits from a possible capital allocation increase, the acceleration of its growing Services category, and potential upside from U.S. Donald Trump's political agenda in relation to taxes and cash repatriation.

Apple's stock price has been rising steadily since November, as rumors suggest the company will launch its first iPhone with an OLED display and slim bezels, potentially mirroring the design of Samsung's new Galaxy S8. Many analysts have maintained a "buy" or equivalent rating on AAPL since March or earlier. 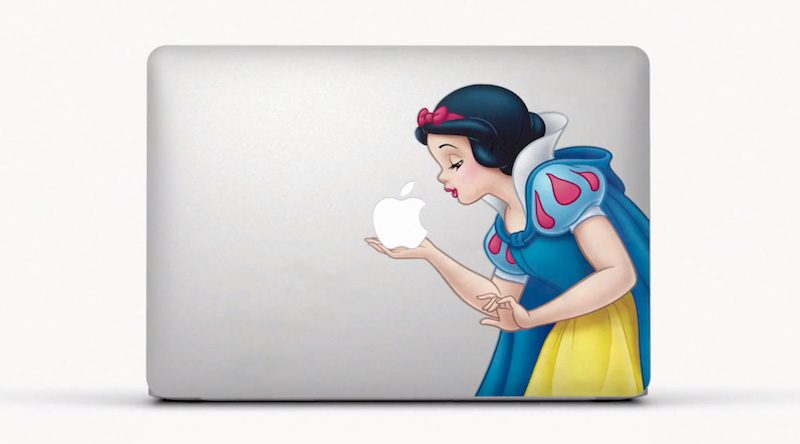 In a lengthy research note, the bank said such a deal would create a "tech and media juggernaut like no other" and instantly expand Apple's services, content, and media portfolio. Assets such as ABC and ESPN, for example, could lay the foundation for Apple's long rumored but elusive streaming TV service.

An excerpt from Daryanani's research note obtained by MacRumors:

Together, Apple and Disney would instantly have access to global distribution via Apple's installed base and the global iTunes store, and a massive library of content and studio capacity via Disney to make future movies and shows. A digital content service could be put together in relatively short order. Apple has the advantage of integrating its price to consumers with its hardware. For example, buy a new iPhone and receive a 12-month subscription to the streaming service for free.
Click to expand...

Daryanani said the so-called "mega deal" would diversify Apple away from hardware and help the iPhone maker fulfill its goal of doubling its Services category by 2020. He also thinks it would be an appropriate use of Apple's massive cash hoard, should the U.S. ever offer a cash repatriation holiday.

A prerequisite to Apple-Disney is a regulatory environment that would allow Apple to use its huge amount of cash assets for a domestic acquisition. If a cash repatriation tax holiday results in a 9% tax on offshore cash brought to the United States, we estimate that Apple would effectively have access to cash of $223 billion. After adjusting for operational requirements, Apple should have $200 billion cash available for discretionary uses.
Click to expand...

Daryanani said there is a "greater than 0%" chance that Apple acquires Disney, but he admitted that the odds are low at this point.

Jim Cramer, host of CNBC's "Mad Money" show, believes the Apple-Disney speculation was more about influencing the stock market than anything else.

"The only thing that's really accomplished by this kind of speculation? The short-sellers will be afraid to bet against Disney's stock because of newfound fears of a takeover lurking. It really does put a bid underneath, simply because it was just too juicy to ignore," Cramer concluded.
Click to expand...

Article Link: RBC Raises Price Target on Apple Shortly After Dreaming About Benefits of a Merger With Disney

PRSI forum? How does this meet that requirement? Does the name Trump auto-trigger said restriction?

Sounds like simple business speculation to me
Reactions: trainwrecka
T

currocj said:
PRSI forum? How does this meet that requirement? Does the name Trump auto-trigger said restriction?

Likely because it's about speculation and they don't want people to go ******* crazy over it.
Last edited by a moderator: Apr 19, 2017
Reactions: jgelin and trainwrecka

When you "can't innovate anymore, my ass", you merge to keep the shareholders happy.
Reactions: SusanK, jgelin, Cameroncafe10a and 7 others

What in the world
Reactions: Avieshek
A

Oh god no. I don't want Apple anywhere NEAR Disney
Reactions: lisztomania7, jgelin, Cameroncafe10a and 5 others

Could you imagine how derailed Apple would become if they merged with Disney?
Reactions: lisztomania7, Cameroncafe10a, motulist and 5 others

That would be disastrous for both companies...
Reactions: kazmac, motulist and Ian Howlett

Apple is too rich for its own good. The executives are too busy partying and hooking up with girls/guys to innovate.
Reactions: Substance90, BruceEBonus, Avieshek and 1 other person

groove-agent said:
Could you imagine how derailed Apple would become if they merged with Disney?
Click to expand...

Could you imagine how much more derailed Apple would become if they merged with Disney?
Reactions: groove-agent, lisztomania7, lyngo and 4 others

stiligFox said:
That would be disastrous for both companies...
Click to expand...

I think quite the opposite.
Content is one thing Apple still lacks. The more I think about the acquisition, the more it makes sense to me.
Not sure, if it's ever gonna happen, but I hope so. An acquition would have enormous potential for both sides.
Last edited: Apr 18, 2017
Reactions: BlueParadox, LatinaC09, Boatboy24 and 2 others
P

This is a monumentally stupid idea.

RBC should send their MBAs back to retake their M&A and strategy classes.
Last edited: Apr 17, 2017
Reactions: Novus John and Ian Howlett

The current market cap of DIS is $180B and companies are rarely acquired without a significant premium paid over current market value, so what is being talked about here would soak up virtually every dollar Apple has salted away both in the U.S. and abroad. For some reason this wasn't seen to be important enough to mention, but it is the single most important consideration. Even if some theory can be spun to support the idea that Apple would get something out of a merger, the second important question is why Disney would be interested in one.
Reactions: viperGTS, Righty McRighterson, 69Mustang and 1 other person
A

I don't understand the benefits of a merger. Would it not be better to develop content slowly from the ground up? Shortcuts rarely work out in life and this seems like a big one. Surely a Disney merger would prevent access to content from rivals as Apple would no longer be able to stay neutral. It would probably make the iTunes Store implode.
Reactions: ArtOfWarfare

groove-agent said:
Could you imagine how derailed Apple would become if they merged with Disney?
Click to expand...

I guess it's all a matter of perspective.

infinitejest said:
I think quite the opposite.
Content is one thing Apple still lacks. The more I think about the acquisition, the more it makes sense to me.
Not sure, if it's ever gonna happen, but I hope so. An acquition would have enormous potential for both sides.
Click to expand...

I can't think of a single case where consolidation of already gigantic companies was an improvement.
Reactions: 69Mustang and wlossw

thekev said:
I can't think of a single case where consolidation of already gigantic companies was an improvement.
Click to expand...

Do some research then.
P

Acquisition of gigantic companies works if the companies are in the same business lines with similar cultures and strategies. If they are different business lines, it is a disaster.

It makes sense. The devices they sell more and more rely on media / content. The Apple TV struggles because of content deals missing.

And Disney really is the Apple of Media.
Reactions: opeter and infinitejest

infinitejest said:
Do some research then.
Click to expand...

Hmm..you were the one that suggested this nonsense. Generally the shareholders don't do well in large acquisitions. I'll give you a classic example.

These things are typically a disaster, even if the merger itself is actually approved. That one was particularly bad, but Apple has done far better by picking up small companies that can be integrated without an excessive quantity of layoffs and undervalued IP.
Reactions: LizKat and IJ Reilly
A

Meanwhile...
Steve is ousted from Apple
Steve founds NeXT and buys Pixar
Apple buys NeXT and brings Steve back into the fold
Disney buys Pixar and puts Steve on its board of directors
Apple buys Disney? Didn't Guy Kawasaki predict that in 1994?

And what about Laurene Powell Jobs (controls about 7.5% of Disney and 0.7% of Apple)?
Reactions: opeter
M

Hmmmm, not sure how I feel about this idea. I'm a HUGE Disney parks fan (I frequent many Disneyland forums much like Macrumors but for Disney parks news/rumors) and could see some benifit from some more cash flow to the parks division. DL desperately needs a 3rd gate and WDW needs a complete overhaul of Epcot which could be cool with Jony Ives visions. Still don't know what to think overall though.

This is what the Disney parks fans think of the idea.

thekev said:
Hmm..you were the one that suggested this nonsense. Generally the shareholders don't do well in large acquisitions. I'll give you a classic example.

These things are typically a disaster, even if the merger itself is actually approved. That one was particularly bad, but Apple has done far better by picking up small companies that can be integrated without an excessive quantity of layoffs and undervalued IP.
Click to expand...

Before you call it nonsense, you should actually start giving specific reasons why it wouldn't be an opportunity for Apple and Disney, instead of using examples from the past.
Also, your example shows a technology company acquiring a technology company - whole different scenario.
Apple could benefit from Disney's content and Disney could benefit from Apple's distribution (and devices).

So far, your only point why it wouldn't work is that it hasn't worked for some other companies before. That's what I call nonsense.
Reactions: citysnaps, Ice-Cube and opeter
You must log in or register to reply here.
Share:
Facebook Twitter Reddit Email Share Link
Register on MacRumors! This sidebar will go away, and you'll see fewer ads.
Sign Up
Top Bottom