really simple problem (...or so I thought)

I just recently bought a B&W G3 and the last owner said something about the video being messed up, so I decide to try and figure out why. I consult the apple info (http://docs.info.apple.com/article.html?artnum=111778
and it says that the video card should always be in slot 1 (the shortest slot), but in mine it was in slot 4, so I decided to switch it. It doesn't fit. I also notice that it is slightly different from the on pictured. 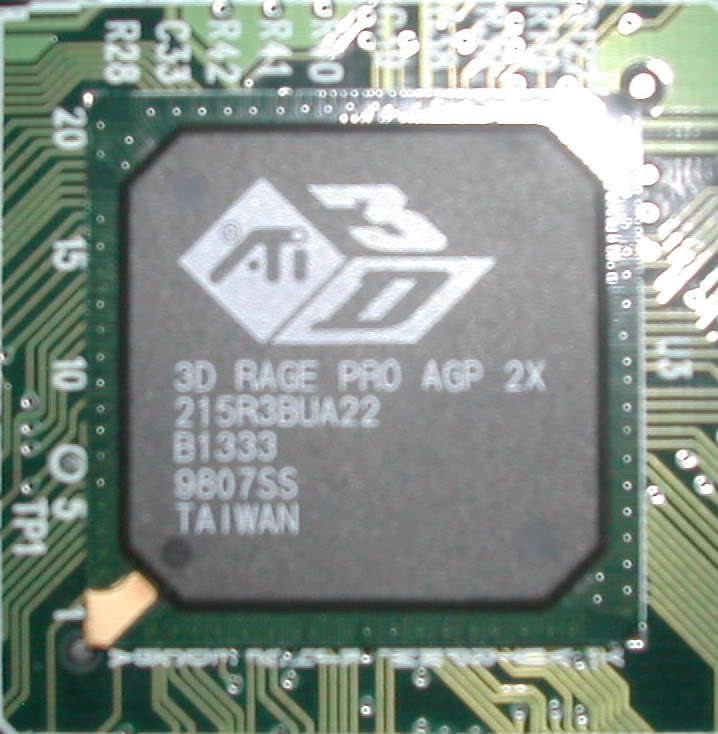 Is the card longer that the slot? Also from the picture the card needs to be flipped around because that notch should be facing the right side of the picture. (If the card is longer than the slot then it doesn't matter.)

Maybe whoever had the G3 changed the card.
M

thats the problem. If the card is flipped it faces the inside of the case. 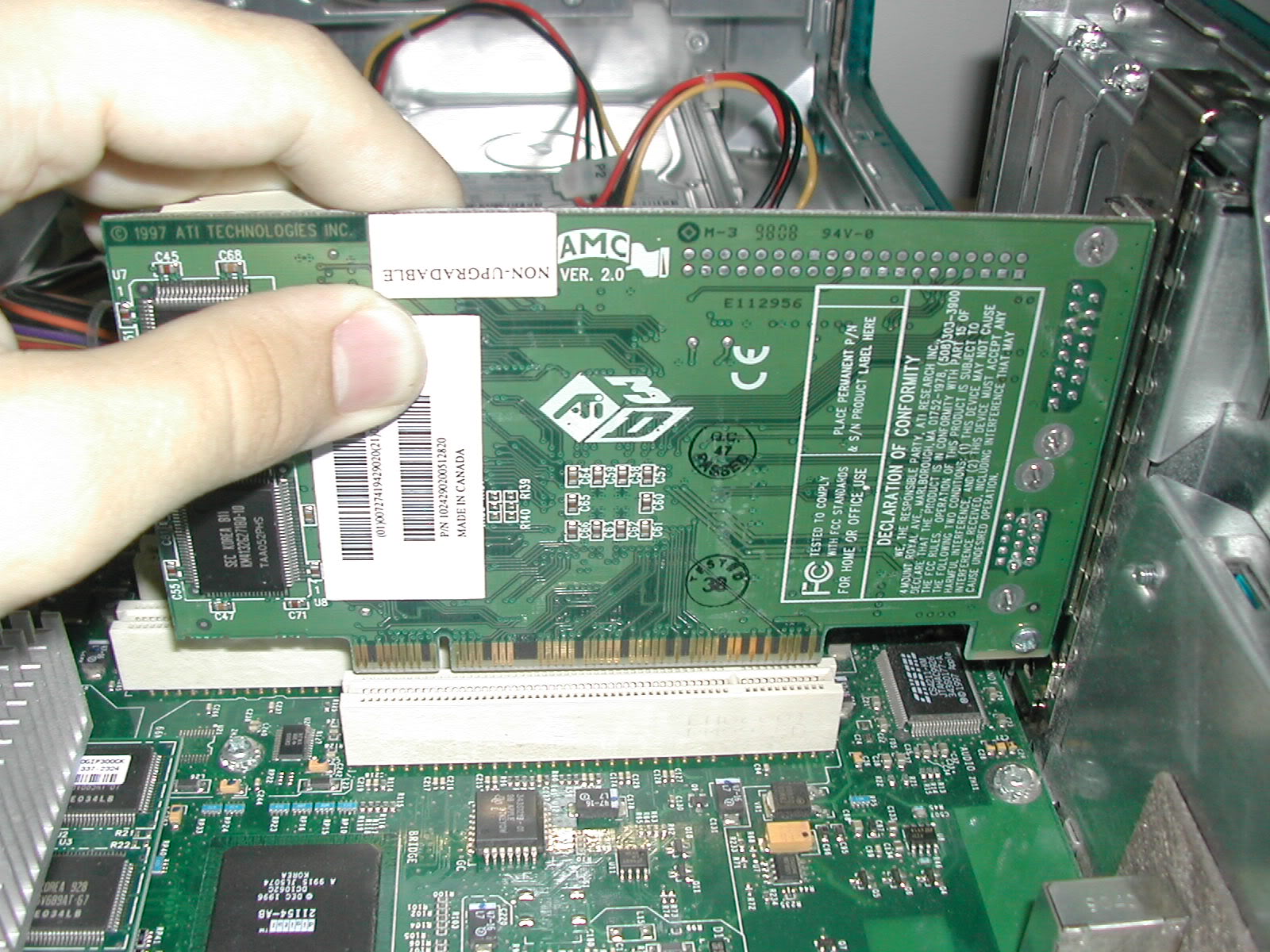 I don't know that much about the graphics in the B&Ws, but it's odd that that card claims to be AGP 2X, since those computers only supported PCI graphics cards. I'd say that some idiot had just tried to stuff an AGP card into it without knowing what he was doing (in which case of COURSE it wouldn't work), but the connector in your picture doesn't look like an AGP connector... I think.

Since those computers came with a special 66MHz slot for the graphics card, I assume that's what you meant by "where the graphics card was supposed to go". Perhaps somebody replaced the stock card with a PCI graphics card (that would only fit in one of the other slots), and it's not working? Not sure why the chip would say AGP on it, but perhaps there's a bridge or something on the card.

I was just looking at the LowEndMac page:
http://www.lowendmac.com/ppc/g3c.shtml

...and I note that it says most B&Ws shipped with a Rage 128, but there was a special model that had a Rage Pro like the one in your picture that also did video capture. Is that a feature of the card you've got? And for that matter, is the card in any way Apple branded, or does it look 3rd party?
M

yeah, the 66mHz slot was what i was mentioning. I can't find any apple logo on it so it seems that it is 3rd party, has 2 conectors (1 output, 1 video capture ?) but i have no idea of the features that it has (just got the computer this morning)

Mactracker says it either came with the Rage 128 or Xclaim VR. I'm not familiar with the other card, but still there's no way it's AGP since the computer never had an AGP slot.

Anyway, that's really weird. Must be some crazy addition of someone who didn't know what they were doing.

Sell or trade that puppy in the Marketplace for a PCI card. Or they're like $15 on eBay. I'm amazed that machine still works after that guy tried to shove an AGP card in there....

I'm only really here at night.

That card in the pic was made by ATI for Apple, and is an early AGP card that came with some of the first sawtooths. It WILL not fit into any of the B&W G3's pci slots. Forcing it would damage the card and possbily the slot itself

The "special" pci slot mentioned in the B&W's was special only in the fact that it was the only slot that had a direct 66mhz bus interface, as opposed to the 33mhz that the other 3 slots had. This gave the video card as much bandwidth as possible in an effort to improve performance, which it did to some extent. This was a year or so until agp slots appeared with the debut of the sawtooth models.

You can, however, use any standard mac pci video card in ANY of the pci slots, they would just lose a bit of bandwidth in the process........
M

Actually it does fit into the other pci slot because the 66 mHz slot is opposite on the long/short slots, thats where it was originally. and it apparently does work (no way to prove/disprove this as I do not have a power cable or moniter), it just doesn't work too well (some parts are oddly colored, at least according to the last owner)
You must log in or register to reply here.
Share:
Facebook Twitter Reddit Email Link
Top Bottom