I own a late 2012 Mac Mini. The purpose of this thread is to share my shock at what people will just throw away. Pictured is my desktop at home. Our town has an “electronics container” where people can toss their broken and unwanted electronics. The keyboard and trackpad I recovered from there a couple months ago. They just needed a good cleaning and new batteries. I found the Apple display there last week. It’s an older display from 2007. It didn’t have the power supply so I bought one on eBay for $5 and it fired right up. The display has one dead pixel but otherwise is good as new.

The display alone cost $1299 new. Together this stuff was almost $1500 worth of Apple products that people just threw away. 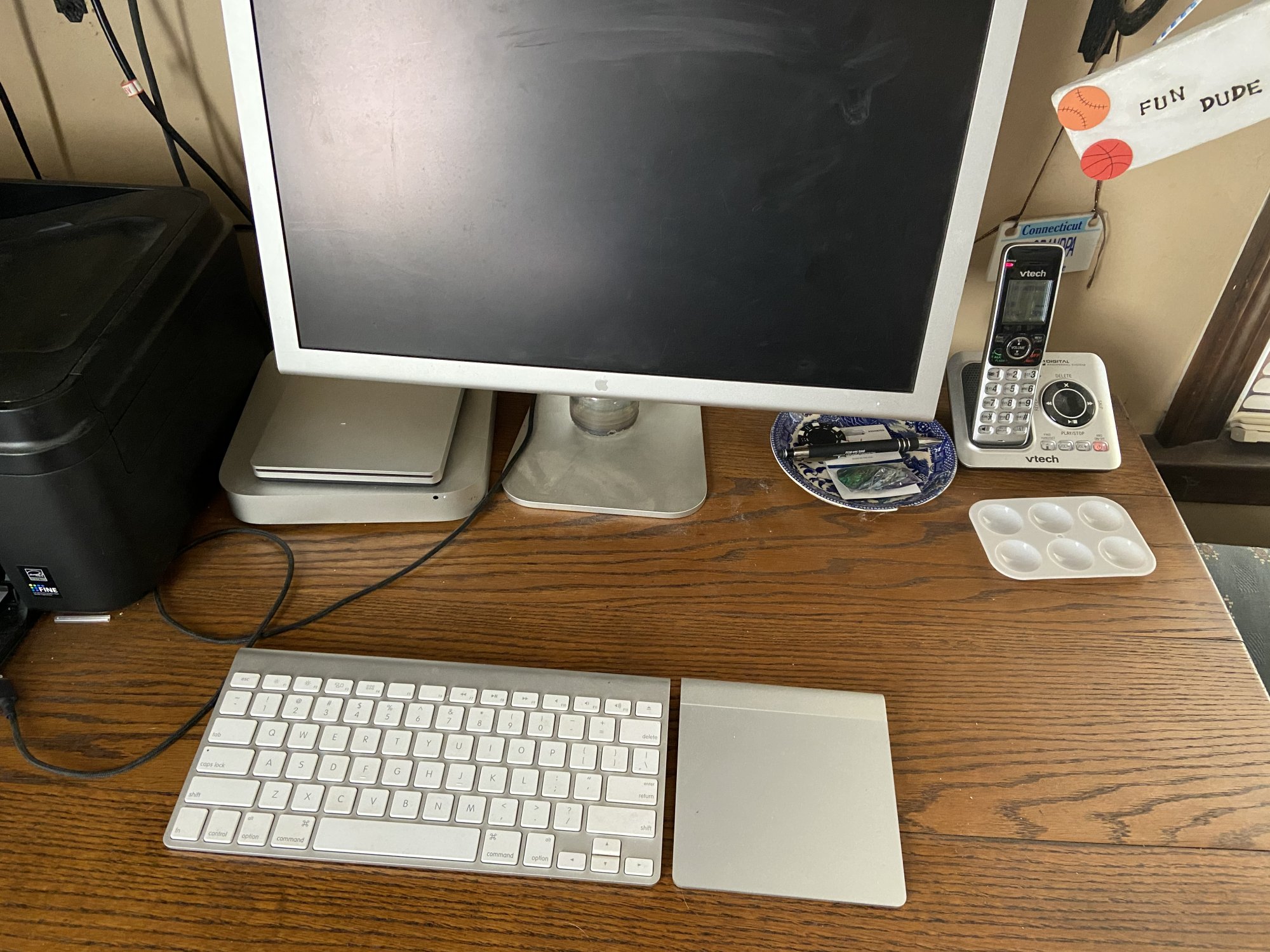 poor display, using the exact same one to look at this post right now

potatis said:
poor display, using the exact same one to look at this post right now
Click to expand...

Yes, it’s not great, I have another HDMI cable running from the Mini to my 60” for movies and such. But, this is a perfectly usable display for web browsing (rarely use it for that with iPads lying around) and syncing my devices.
And it was free, which means I can bring the display I was using back to our New Hampshire house.

I still have one of those 23" ACDs running off a 2009 Mac Pro. Works great for my basement computer needs. Besides running a little hot when used continuously, they're great monitors.

These were very highly regarded back then. Matrox introduced an interface somewhere around 2007 called the MXO that turned one of these into high quality external monitor for Final Cut Pro. IIRC, it had a SCSI interface. They were showing it off in their booth at NAB next to a $10,000 Sony studio monitor and there was hardly any difference. I got a 24" iMac with an MXO and one of these in 2008 (?), which was a very nice video editing setup for its day. But the MXO got hot enough to fry an egg and was rather crash-prone.
You must log in or register to reply here.
Share:
Facebook Twitter Reddit Email Link
Register on MacRumors! This sidebar will go away, and you'll see fewer ads.
Sign Up
Top Bottom