Reliable display analyst Ross Young has reiterated his belief that Apple will unveil a new product with a 27-inch mini-LED display around June, despite another well-known analyst claiming new mini-LED products from Apple are unlikely this year. 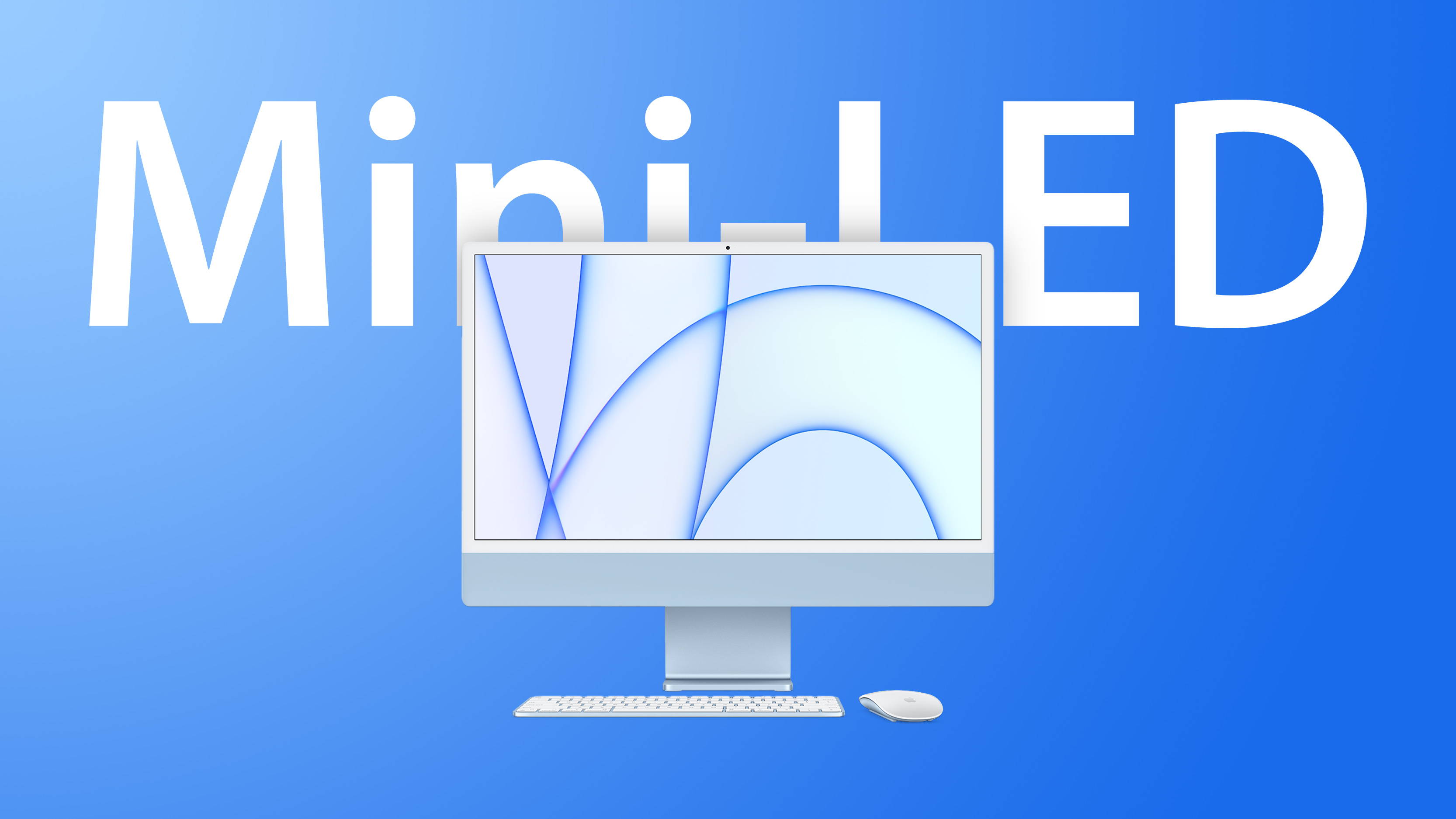 On Wednesday, Ming-Chi Kuo said there may be no new products with mini-LED displays from Apple in 2022 because of cost concerns to do with sourcing the technology.

Kuo believes that only Apple's existing mini-LED products like the 12.9-inch iPad Pro may be updated in 2022, but he said he doesn't expect any additional products to feature or transition to the more advanced display technology.

In an apparent response to Kuo's prediction, Young later tweeted that he was still "quite confident" that a 27-inch mini-LED display will feature in a new Apple product set to come in or around June, but said that he was unsure what Apple was going to call it.

Young previously suggested that the product could be a Studio Display "Pro," although he conceded this is a guess. Young has also independently told MacRumors he feels positive that Apple will use a 27-inch mini-LED panel this year "in some implementation." Young says he has confirmed its existence with multiple companies in Apple's supply chain, and today reminded readers that his consultancy has "called every mini-LED product right from Apple so far."

That said, in February, Young claimed Apple would launch an iMac Pro as early as summer 2022, but the analyst withdrew that prediction immediately after Apple unveiled the Mac Studio, which was only rumored at the last minute. Young explained that his sources weren't aware of the separation between the iMac, Mac Studio, and Studio Display, which had added confusion to Apple's exact plans.

Adding further to the confusion regarding Apple's product roadmap, Apple this month discontinued the 27-inch Intel-based iMac, leaving questions on whether there will be a larger ‌iMac‌ to join the 24-inch in Apple's lineup. Rumors are mixed on whether Apple is developing a larger-screened version of the iMac at all, so the company's plans are unclear at this time.
Kuo and Young both have respectable track records regarding display-related information for future Apple products, so it will be interesting to see whether Apple announces any new mini-LED products this year.

Hopefully Ross Young is correct so that this year WWDC will be more exciting to watch!
Last edited: Mar 17, 2022
Reactions: Shibamigo, Huck, BeefCake 15 and 3 others

Battle of the heavyweights. Who will be proven right?
Reactions: Shibamigo
J

More likely the XDR successor will be mini LED and have a price tag of galactic proportions. No way is the 27” Studio going to be supplanted in the minds of its audience just three months after it was unveiled. Even New Apple aren’t that daft. Right?…
Reactions: sideshowuniqueuser, Shibamigo, AppleHore and 6 others

Looking for a new iMac with 30-32" minimum size, maybe even a widescreen imac?
I'd be disappointed at this 27" at this stage. Let's get a different size for us Apple! (plus better cooling and sound which you get with a bigger chassis!)
Last edited: Mar 17, 2022
Reactions: sideshowuniqueuser, sos47, Huck and 3 others
G

Maybe the Pro Display XDR line will expand into two sizes 27" 5K and 32" 6K?
Reactions: AppleHore, MacFin, paulypants and 4 others

I doubt they go into full production unless they are imminent. Think this will be the new xdr with a larger version coming later.

Makes sense they release it after the studio display so it doesn’t overshadow it. Would also think that it will be $4K which is a different customer to the studio.
M

Jim Lahey said:
More likely the XDR successor will be mini LED and have a price tag of galactic proportions. No way is the 27” Studio going to be supplanted in the minds of its audience just three months after it was unveiled. Even New Apple aren’t that daft. Right?…
Click to expand...

Nope definitely not going to be able to afford that. Happy with my impending Studio Display

Hence, proving that no matter how dogged the rumors of a product being released, it isn't a certainty. The same applies to the hyped up AR/VR headset. It isn't coming out this year!!!
Reactions: wanha and jonmh85

Danfango said:
Nope definitely not going to be able to afford that. Happy with my impending Studio Display
Click to expand...

Hence, proving that no matter how dogged the rumors of a product being released, it isn't a certainty. The same applies to the hyped up AR/VR headset. It isn't coming out this year!!!
Click to expand...

This is definitely true but the difference is this rumour is based on the panels being in production. I don’t think they enter this stage unless they are imminent.
Reactions: fwmireault

Danfango said:
Nope definitely not going to be able to afford that. Happy with my impending Studio Display
Click to expand...

I cancelled my studio order as soon as I heard this could happen. Would rather have a Mac mini or base model studio + new xdr display than a mid level studio + studio display.
P

War of the reputable analysts! One says no another says yes. Will it be another monitor or an iMac though, seem to be mixed ideas on that one, thru all thought the new display shown the other week was a new iMac.

I wonder if it will have an internal gpu or M1 to help further differentiate it from the studio display which has the A13.

curnalpanic said:
Could be an iPad (Max?).
Click to expand...

if you get an iMac can you use it as a monitor in the future?