I think it would be cool if someone creates the "Steve Ballmer" effect for iChat in Leopard. If you don't remember, it was a picture of Ballmer with his mouth edited out so you can put your mouth there and talk. So, it looks like Ballmer was talking. I know you could do that with any picture of a person.

I was upset when I heard that effect didn't make it to the final. I saw people putting in effects that were dumped. I just thought it would be cool to have this effect for iChat and Photobooth.


Here is a picture of it:

but yeah too bad it didn't make it. that would have been a lot of fun.
Comment

you need to take a photo and put an alpha channel for the mouth. not sure how to get that into photobooth/ichat though. 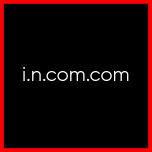 i need to make fun of microsoft