Retro-Inspired 'Charrua Soccer' is This Week's Addition to Apple Arcade

Another week, another Apple Arcade release. The latest addition is Charrua Soccer, which aims to evoke nostalgia with its retro style 3D graphics. The game is available for the iPhone, iPad, and Apple TV. 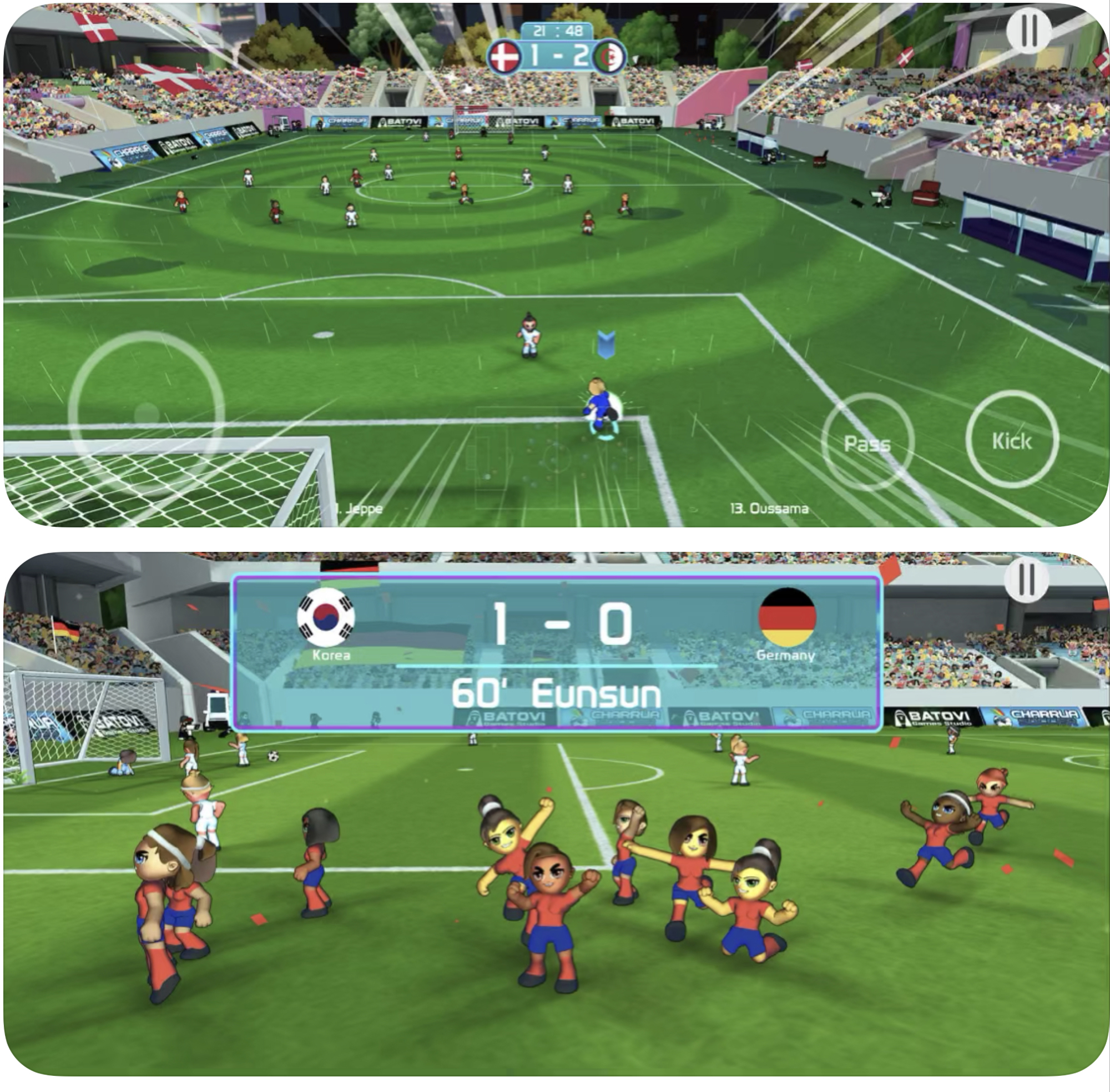 Developed by Batovi Games, Charrua Soccer offers both single-player and multiplayer modes, with simplified controls for casual players. There are both friendly match and penalty match modes, in addition to various competitions and tournaments, such as the Global Cup, American Cup, European Cup, and Women's Global Cup.

Charrua Soccer is available on the App Store with an Apple Arcade subscription. The subscription-based service launched in September, providing iPhone, iPad, Apple TV, and Mac users with access to over 100 games with no in-app purchases or ads for $4.99 per month or $49.99 per year in the United States.

Other recent additions to Apple Arcade include Secret Oops! and Butter Royale.

Charrua? Was developed by a company in Uruguay?

Everyone knows that Nintendo World Cup for the original NES was the best soccer game!

Unity451 said:
Everyone knows that Nintendo World Cup for the original NES was the best soccer game!

Oh yes, my childhood in a gif. I remember renting this game from Blockbuster, playing the crap out of it, and re-renting it several times.

scuac said:
Charrua? Was developed by a company in Uruguay?
Click to expand...

Unity451 said:
Everyone knows that Nintendo World Cup for the original NES was the best soccer game!
Click to expand...

No, it wasn't. Anyway, people from USA should not be entitled to an opinion regarding football in computer/video games. Also, people that haven't lived in the 80s or 70s should not be quick to describe something as retro and classic.

scuac said:
Charrua? Was developed by a company in Uruguay?
Click to expand...