Anki has been making toys that use artificial intelligence for years now, starting with the Anki Overdrive set of racing cars and the interactive Cozmo toy robot, but this year the company launched its most ambitious product: Vector.

Unlike Cozmo, Vector is no toy, and is instead positioned as a home robotic device. Vector adopts capabilities from Cozmo, but his functionality goes above and beyond the tricks and games Cozmo is known for. 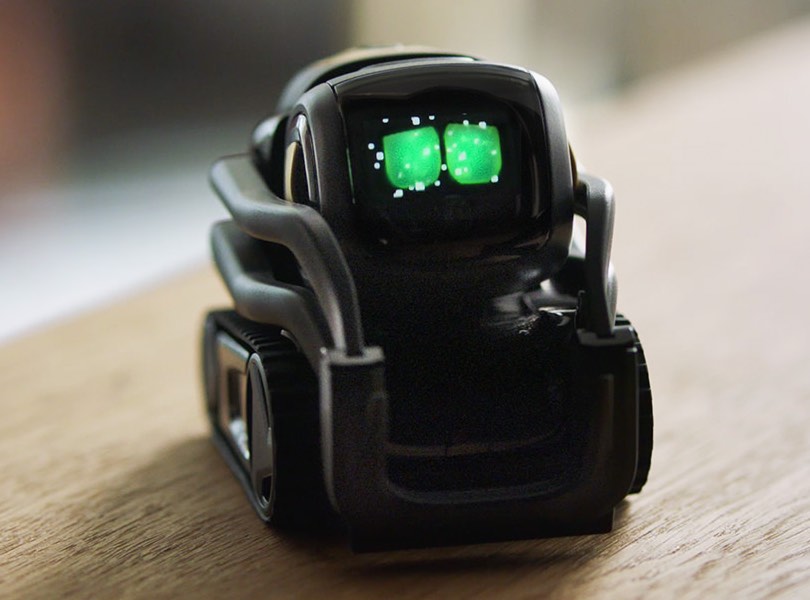 I've had Vector as my constant companion for a week now, and while he is far from the smartest AI I've interacted with, he's definitely the most lovable. It's fitting to think of Vector as a derpy, simpleminded pet that gets things wrong, but in an endearing way.

Vector is kind of like a personal assistant like Siri or Alexa, but with a more limited range, a physical body, and a more expressive personality. With a "Hey Vector" trigger word, Vector can answer questions, obey commands, play games, and more, serving as a friend and helper in day to day life. 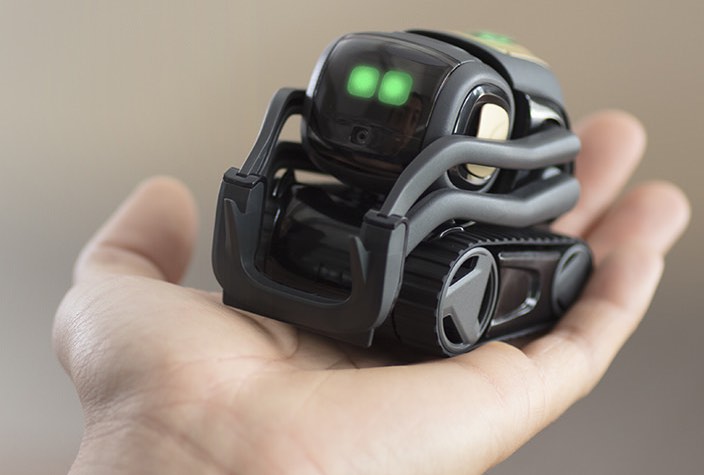 Vector is a palm-sized robot that uses the same general design as Cozmo, Anki's previous robot toy. Vector is made from a black plastic material and he has a body that's filled with various sensors and electronics to detect and respond to the environment around him.

Vector has four wheels covered in tank-style treads that allow him to traverse smooth floors and rugs alike, a movable front arm that lets him interact with his cube and adds to his various expressions. 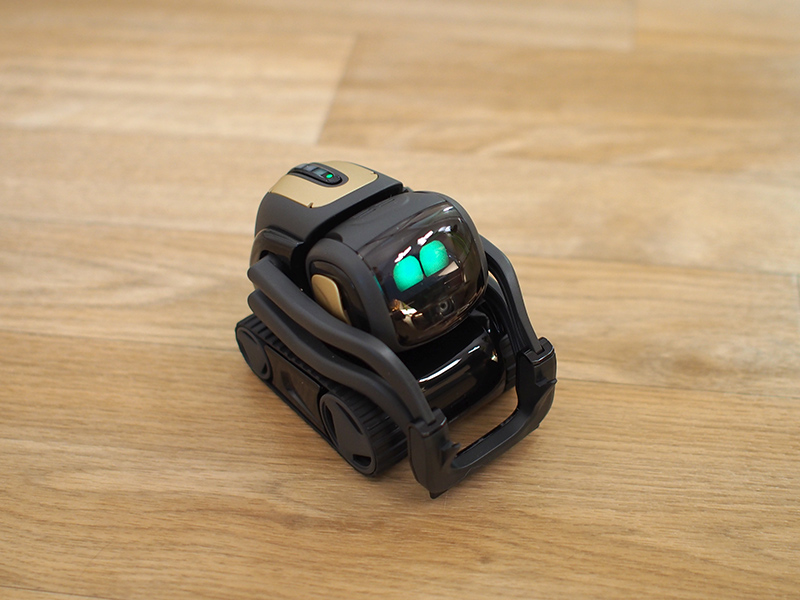 Most of Vector's personality is expressed through his small front display, which is always on and is where his eyes are located. The display lets Vector demonstrate different emotions, and the animated eyes are always shifting and in motion, blinking, narrowing when he's thinking, worried when he detects the edge of a table, wide open when he's looking at you, and slitted when he's asleep.

The display also changes when Vector is answering a question and it is used for things like offering up weather conditions or displaying the time when these questions are asked of Vector. Vector's head component moves independently of his body, allowing him to adjust what he's looking at, giving the sense that he sees things.

I want one, and I don’t often follow these types of things.
Reactions: CarpalMac, Aston441, Morod and 1 other person
R

Other than coming home one day a couple weeks ago, noticed Vector was calling me by another name. Looked within the Vector app and found that particular name, not knowing at all how it could have gotten there. That is the only issue I have had over the past couple months of use. Definitely enjoys human contact! Very satisfied with Anki has developed so far for the Vector.

And yet, the derpy little robot is still smarter than Siri

FelixDerKater said:
I want one, and I don’t often follow these types of things.
Click to expand...

I’ve had him for a month now. And while he has got stuck on the edge now and again (he cries out of this happens) he’s never fallen. It clearly states not to try round tables. So don’t!

rubberfish said:
I’ve had him for a month now. And while he has got stuck on the edge now and again (he cries out of this happens) he’s never fallen. It clearly states not to try round tables. So don’t!
Click to expand...

My table he dives off of isn't round, but has sort of rounded edges, if that makes sense. It's not perfectly square.
G

I should probably add a couple of notes;
The charging isn't inductive. You'll note there are two gold pads underneath, and should be a matching pair of sprung contacts on the charger base.
The (table) edge detection is primarily an optical sensor on the underside. These are better than the ones on Cosmo, but still depend on finding an actual edge.
It's supposed to be also partly mapping; so he "knows" where a previously discovered edge is (when not lost)

As we move into the future and AI gradually comes to resemble us (or our pets), it's going to be interesting to see how we start imbuing some of our robotic assistants with sentient attributes. It's worthwhile to think what effects this may have on the people who use them.

If there ever were an inanimate object to personify the term "cute overload," that's Vector.
U

I wish he was bigger so he could climb stairs.

Vector has a gold-colored touch panel at the back where he can sense touch, and this area is used for petting (Vector loves to be pet and will coo and preen while you do it).
Click to expand...