Belkin was one of the first companies to come out with a faster 7.5W wireless charger for the iPhone X, iPhone 8, and iPhone 8 Plus after wireless charging launched, and the company has now had time to create a second round of wireless chargers with a more refined design. 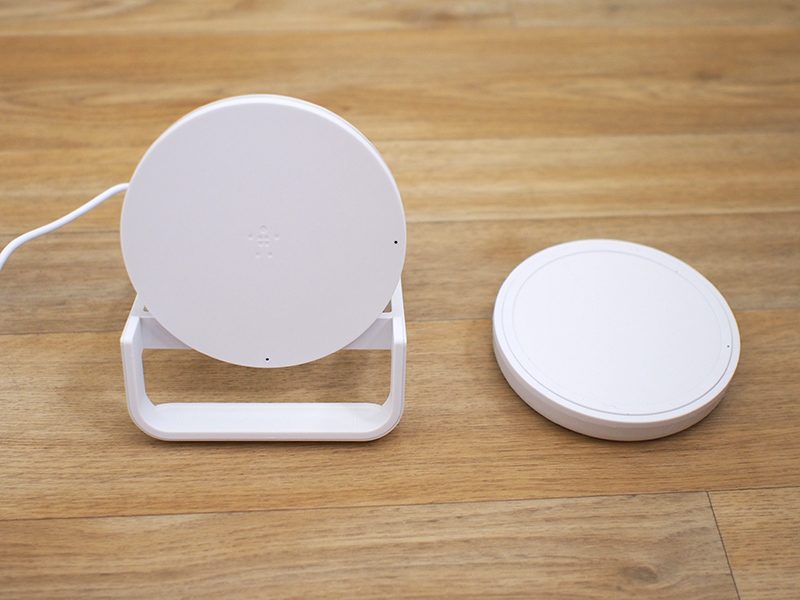 Both of these chargers are 7.5W, which means they're able to charge an iPhone with Qi wireless charging capabilities at a faster speed than traditional 5W chargers. I tested Belkin's two new chargers with an iPhone drained to 1 percent, and both charged up to right around 40 percent after an hour, which is in line with other summertime 7.5W charging speeds that I've seen.

Wireless charging speeds can vary quite a bit depending on factors like temperature, so you're not always going to see a lot of difference between 5W and 7.5W chargers as explained in our wireless charging guide.

For example, the original Belkin charger I have can charge my iPhone to about 46-48 percent in an hour during the wintertime (when it's ~65 degrees), but those speeds drop when the ambient temperature is higher in my apartment in the summer and I see a smaller difference between 5W and 7.5W.

In general, I've found it's better to use a 7.5W charger to eke out every bit of speed that you can, but on the whole, there's not going to be a huge difference between 5W charging speeds and 7.5W charging speeds, and bells and whistles like fans and power management options (Belkin claims optimized performance via "premium shielding" and "precision resistors") don't seem to make a noticeable difference.

With performance not drastically different between wireless chargers - and to be clear, Belkin's are charging at 7.5W - choosing a charger comes down to factors like price point and design. Belkin's not going to win in the former category, but when it comes to design, these are well thought out. 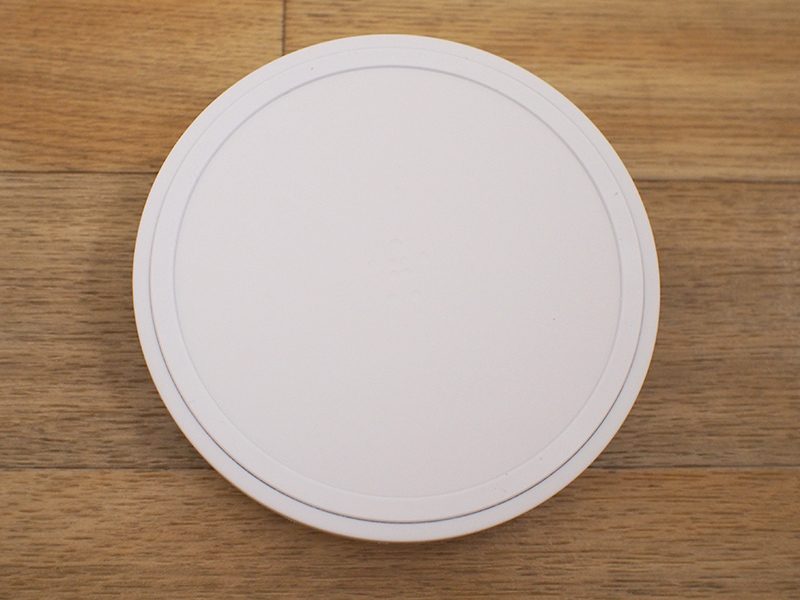 I've used an original Belkin Boost Up Wireless Charging Pad on my nightstand for months, and it's been a frustrating experience just because it's so large. Finding the sweet spot on the charger to get my iPhone X to charge is one of my absolute least favorite late night activities, and with a smaller area for the Bold Charging Pad, I am able to get my iPhone X situated in the dark much more quickly. 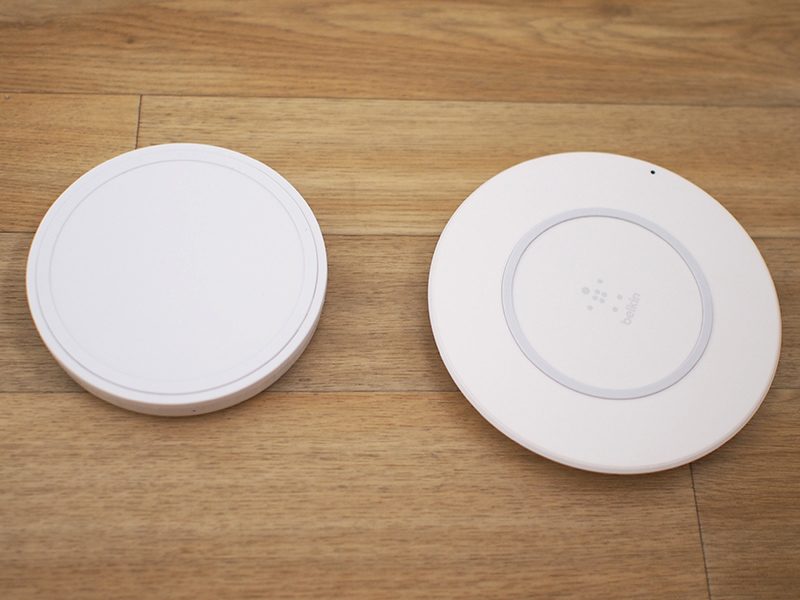 New charging pad on left, old charging pad on right​
Belkin sells the Boost Up Wireless Charging Pad in pink, black, or white, and each is made from plastic and rubber. At the base, there's a rubber bottom to keep the Charging Pad in place on a desk or a nightstand, and there's a matching rubber ring at the top to prevent the iPhone from slipping when it's placed on the charger. 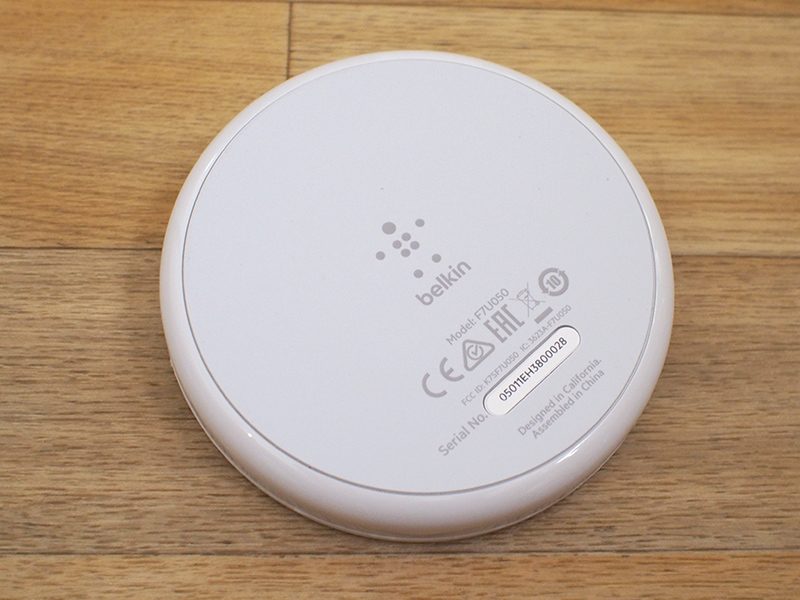 The rest of the top of the charger is a soft, smooth material that has a subtle Belkin logo, and all in all, it's a clean, attractive charger with no obvious branding.

The side of the Charging Pad is made from a shinier plastic that goes well with the matte top, and an unobtrusive LED at the side comes on when the iPhone is in the right spot, which lets you confirm that it's being charged. I like the soft light that's included on the charger - it's not overly bright while providing me with charging status at a glance. 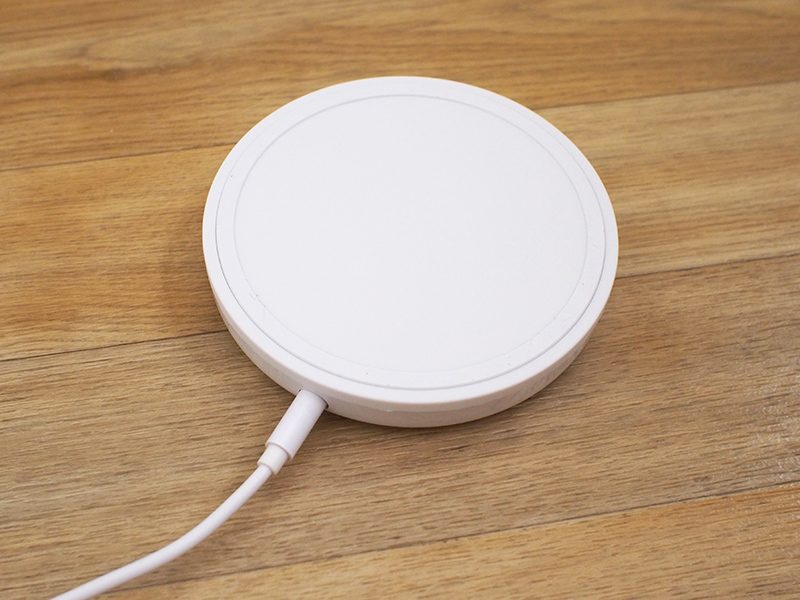 This same LED will light up if a foreign object like keys or coins are placed on the charger that could potentially affect wireless charging speeds. 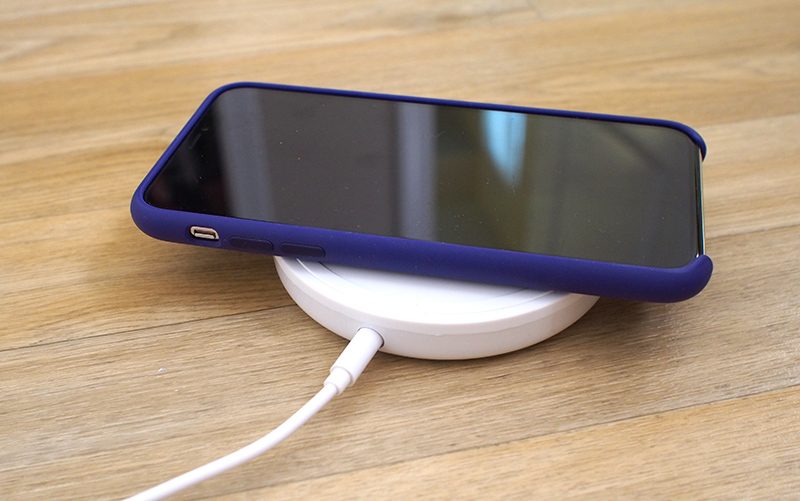 At the back of the Charging Pad, there's a single hole for the power source. All 7.5W chargers need ~18W+ power adapters to charge at maximum speeds, so Belkin has included its own 22.5W adapter. The adapter has a rather large power brick for a wireless charger, which may be of concern if you have limited plug space. It otherwise has a long 1.5m cord that can reach a power strip underneath a desk.

Belkin's Boost Up Wireless Charging Stand, available in black or white, is the first stand-style wireless charging device that Belkin has designed for the iPhone. Rather than laying flat, the iPhone sits upright in Belkin's Charging Stand in either portrait or landscape orientation. 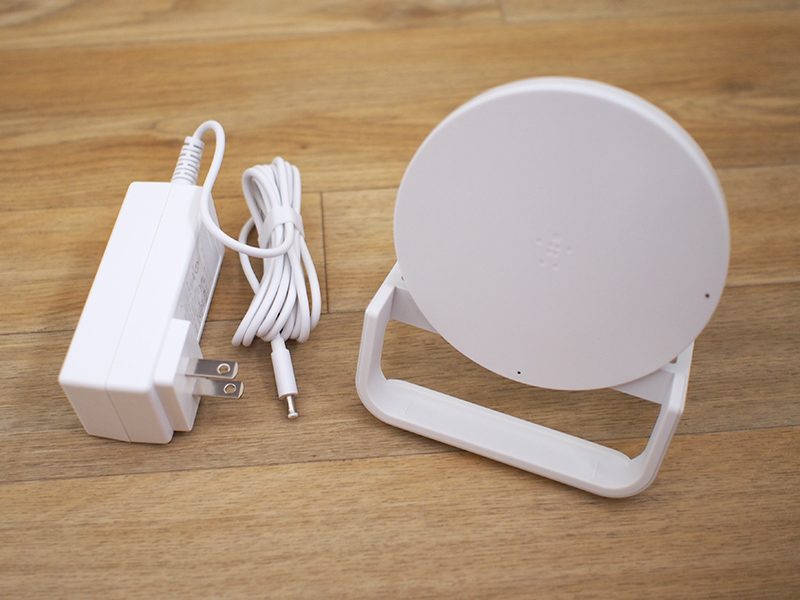 Design wise, the Charging Stand looks similar to the Boost Up Bold Charging Pad, but with a plastic frame to hold it upright. The charging surface of the stand is just a bit larger than the pad's surface, but the overall footprint is larger because of the design of the frame.

The frame extends several inches behind the charger and about an inch in front of it to provide stability. Each portion of the stand that makes contact with a desk or a nightstand is covered in a grippy rubber material to keep it in place, while the front of the stand and the charging portion are both covered in a soft, smooth silicone-style material. 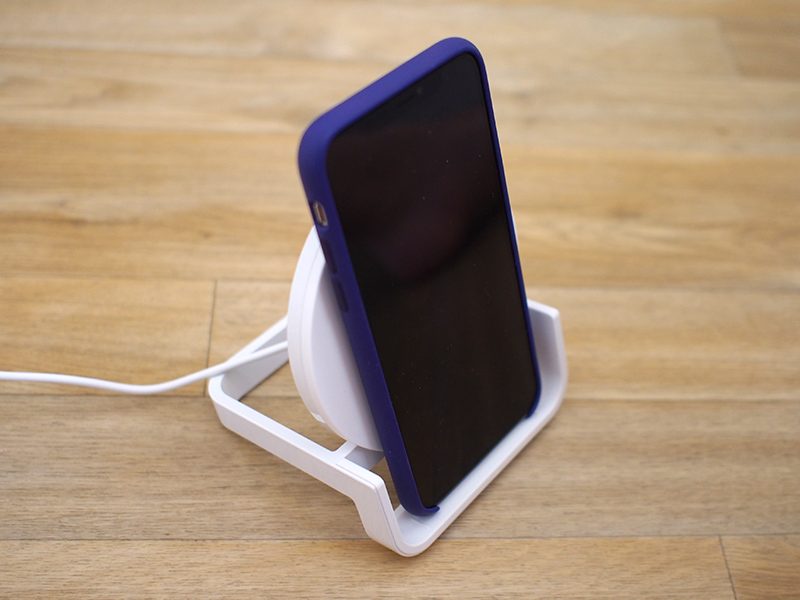 An iPhone can either rest on the bottom of the stand's frame while in Portrait orientation, or lay across the top of the frame while in landscape orientation. While the iPhone isn't going to go anywhere on its own, it's not as stable as a flat design just because the iPhone is in an upright position. That said, though, the design of the frame means that it's not going to move from slight bumps. 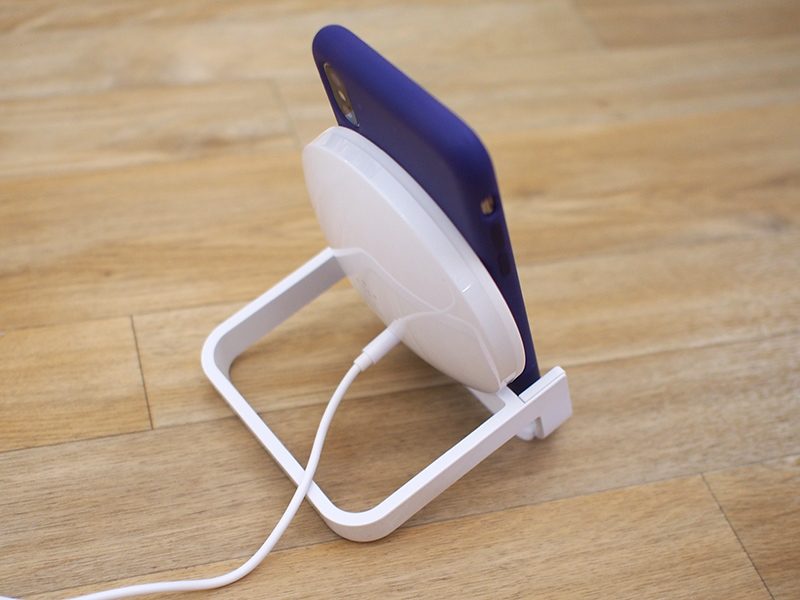 The Boost Up Wireless Charging Stand ships with the same 22.5W adapter and power cord that comes with the Charging Pad.

Though the Charging Stand has a larger footprint than the Wireless Charging Pad and other similar flat wireless charging options, I liked that it was impossible to place my iPhone in the wrong spot. That made it perfect for nightstand use, because I can just drop my iPhone in place without needing to worry that it's not getting power overnight. 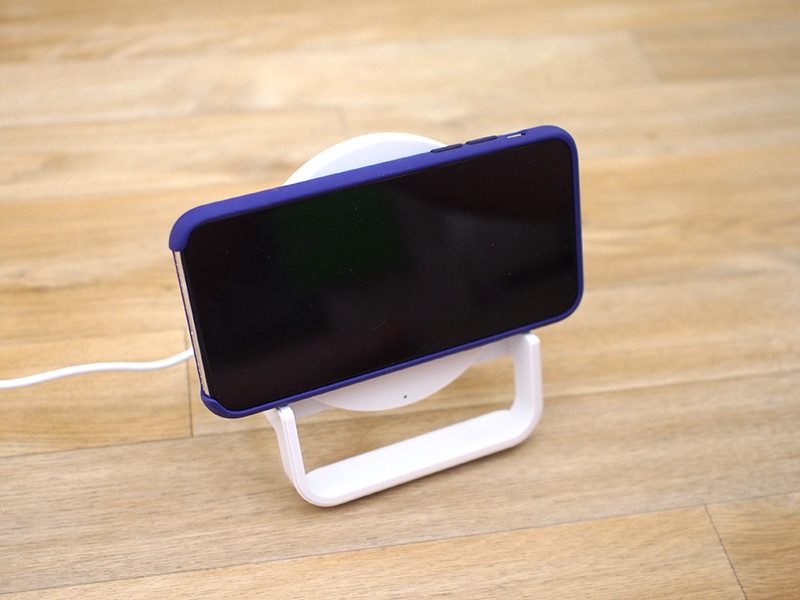 I was also able to glance over and unlock it with Face ID in some situations without even picking up the iPhone, just because of its upright position.

It would be nice if Belkin had made the stand adjustable in some way to let people change the angle of the iPhone if desired, but by default, it's in an ideal position for movie watching in landscape mode if you also want your Charging Stand to double as a regular stand.

Belkin does have Apple approval for its wireless chargers, and both the pad and the stand come with the Belkin Connected Equipment Warranty. Belkin says if your device is damaged by an electrical charge while properly connected to the charger, it will repair or replace it up to a value of $2,500. I don't know of anyone who has had an iPhone damaged by a wireless charger, but I guess it could happen.

The Wireless Charging Pad isn't quite as unique looking, but it features a solid build with grippiness in all the right places, along with a size that isn't overwhelming to also make for easier positioning.

At those prices, they could at least look high quality. They look cheap.
Reactions: JSB1540, house13um, Fatboy71 and 1 other person

At this point you don’t need “Apple Certified” wilrelss chargers, aslibg as they’re Qi certified infound they work perfectly fine for a fraction of the price
Reactions: Johnba
A

My wireless charger cost $9 and it works perfectly. There is really not a reason to pay so much for these things.

Back when QI charging was the new hit thing and started popping up on Android google sold their official charger for $35, when the technology was a “breakthrough”. Belkin is freakin insane.
Reactions: sinsin07

It's probably still less than half the cost of what Apple will charge for its wireless charging station, if/when that ever gets released.

Belkin muse sell a lot at the Apple store to justify charging so much.
S

acorntoy said:
My wireless charger cost $9 and it works perfectly. There is really not a reason to pay so much for these things.

Back when QI charging was the new hit thing and started popping up on Android google sold their official charger for $35, when the technology was a “breakthrough”. Belkin is freakin insane.
Click to expand...

Belkin is not insane.
They just know they have a lot of suckers in this audience.
Reactions: Craiguyver

The title has double meaning.
The price is "high"...

Sorry, these are not “quality designs”. They’re overpriced chunks of plastic.
Reactions: Craiguyver

The original Belkin has let me down more times than I can count and now seems to have decreased in charging capacity somehow. Some nights it can't even keep up with the demands of SleepCycle. That is if it doesn't randomly decide to stop charging, even when I've taken care to place it just so.

I'll pass on this.

That is one ugly hunk of white plastic. Is that a toddler's toy?
Reactions: Fatboy71

Not all of those are Apple certified, of course, which is worth noting.
T

My first Boost Up and iPhone were really hot after overnight charging. My second charged my iphone X from 74% to 84% after 9 hours on charge.
These chargers are at the moment being sold for less than half price by John Lewis in the UK. Wonder why?

Braderunner said:
At those prices, they could at least look high quality. They look cheap.
Click to expand...

I was thinking exactly the same thing.

Could anyone tell me how to recharge your phone using this wireless charger while walking around or running?

Shirasaki said:
Could anyone tell me how to recharge your phone using this wireless charger while walking around or running?
Click to expand... 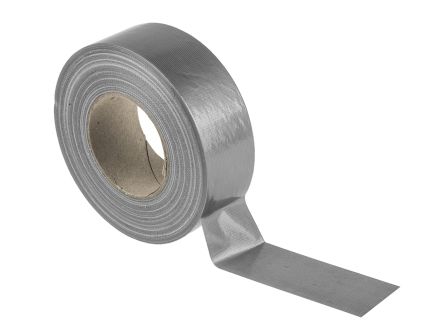 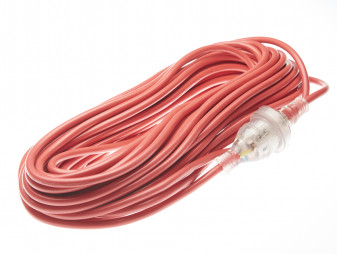 Thank you very much.
Reactions: ErikGrim

I'll pass on this one. The Logitech looks much better!
C

While non-certified chargers may all work with your iPhone. They may not all charge at boost up speed. It was reported earlier on Apple was throttling uncertified chargers in the phone due to safety reasons. At the time there were only two vendors certified Belkin was one. Probably many more certified now.
H

I just purchased the Belkin 10W for my iPhone 8 Plus. It does not seem to charge my phone very quickly. Last night, I had my phone on it for an hour, and it only charged it from 63% to 68%. Today, the battery was down to 97%. I popped it on the pad, and after 20 minutes, it had only topped up to 98%. Is that considered fast?? I thought it would charge at least as fast as my laptop will charge the phone.
You must log in or register to reply here.
Share:
Facebook Twitter Reddit Email Link
Register on MacRumors! This sidebar will go away, and you'll see fewer ads.
Sign Up
Top Bottom