Review: If You're a Star Wars Superfan, You Need Sphero's BB-9E and R2-D2

Robotics company Sphero skyrocketed to popularity in 2015 with the release of BB-8, a miniature iPhone-controlled toy droid modeled after the BB-8 character in Star Wars: The Force Awakens.

As the release of the The Last Jedi approaches this December, Sphero has introduced two new Star Wars-themed robotic toys, BB-9E and R2-D2.


R2-D2 is a well-known classic droid that's starred in Star Wars movies since the original trilogy in the 1970s, while BB-9E, an Astromech droid that serves in the First Order (aka evil BB-8), is a newcomer that will appear in The Last Jedi. 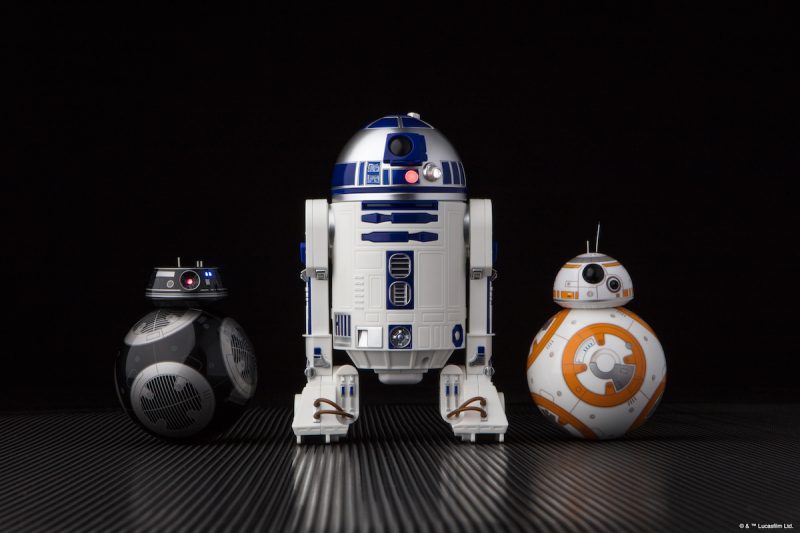 Like BB-8, both of Sphero's new droids are exquisitely accurate in design compared to the movie versions, and they come to life when paired with the Sphero app.

BB-9E shares a design with BB-8, and BB-8 was based on Sphero's original robotic ball technology. BB-9E's body is a plastic sphere that houses a motor, a gyroscope that keeps BB-9E upright, counterweights for balance, internal wheels, magnets, and other electronic components. 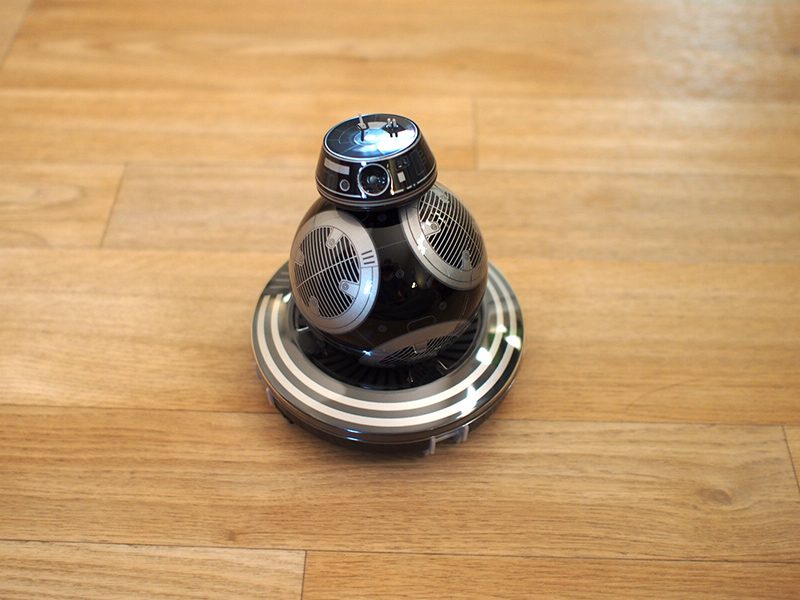 BB-9E's head attaches to the ball-shaped body using magnets, and a set of wheels underneath the head to allow it to move in around in stay in place on the body while BB-9E is in motion. Instead of a round head like BB-8, BB-9E has a flatter head that fits in better with the First Order aesthetic. 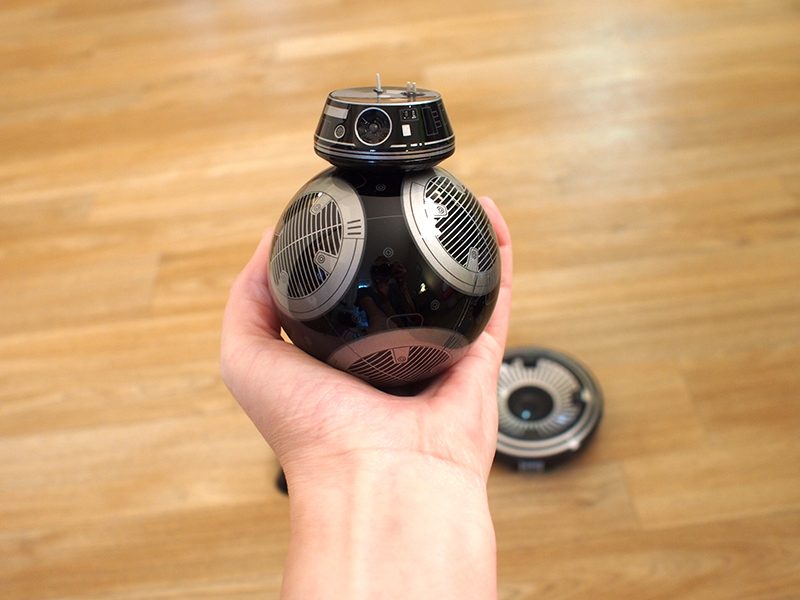 Size wise, BB-9E fits in the palm of a hand, and if you own BB-8, BB-9E is the same size. In contrast to BB-8's white and orange design, BB-9E is black with gray accents and red and blue lights (on the head) when in operation. BB-9E is made from a durable plastic that holds up to rough use -- even when the droid is slammed into walls or other obstacles, it comes away unscathed.

Article Link: Review: If You're a Star Wars Superfan, You Need Sphero's BB-9E and R2-D2

Would it be possible to have a Droideka, B1 Battle Droid, B2, Super Battle Droid, and a General Grievous?
Reactions: Aldaris
Comment

BB8 is great, but R2 simply part of my childhood. So I go for the latter.
Reactions: Lopov Jack, GenesisST and hortod1
Comment

BB-8 was entertaining for 15 minutes (not including the 2 hours spent with the terrible 1.0 version of the app trying to get it to connect). After that, you’ve run out of things to do with it.

If you know someone who has one of these, and you think you might want one, just ask to borrow theirs. They’ll already be bored with it by now.
Reactions: WWPD and nutmac
Comment

I can't believe this article explained who R2-D2 is...

I foresee a galactic war breaking out between the messy droids featured in the video and the roombas who will resent having to clean up their mess.
Comment

Scottsoapbox said:
I can't believe this article explained who R2-D2 is...

It was more to explain who BB-9E is, haha. But I if I explained one, it made more sense to explain both.
Comment

technopimp said:
BB-8 was entertaining for 15 minutes (not including the 2 hours spent with the terrible 1.0 version of the app trying to get it to connect). After that, you’ve run out of things to do with it.
Click to expand...

Agreed. BB-8's value increases if you are inclined to program it (although Apple and Sphero crippled it by not supporting it on Swift Playground, even it is perfectly capable). But as a standalone product, it's just not that fun.

spiddyman007 said:
if only they had life-size ones like they did when i was a kid
Click to expand...

I'm not sure if that's one that moves, but they sell those as well.
Comment

I'm not sure if that's one that moves, but they sell those as well.
Click to expand...

yeah. its a statue, the one i had was big and moved. i think it was like 1/2 scale but still
Comment
L

Scottsoapbox said:
I can't believe this article explained who R2-D2 is...

What!? Prince is the title given to the sons of a king... Speaking of kings, I think Elvis would've been more appropriate for your analogy. Surely he's still the more recognizable icon
Comment