I've been using the Inateck BTSP-10 Bluetooth speaker for nearly two weeks now, and it has simply been a pure pleasure.

The BTSP-10 is rated to work with Windows, OS X, iOS, and Android devices.

The packaging is surprisingly minimalist, and although black reminds me a lot of Apple. You get a small black box with the Inateck logo on it, and tiny musical note visible on it. It's a sturdy and strong thick cardboard, and inside you'll find the speaker itself, a flat 3.5mm audio cable, mini USB cable, and a traveling bag for the speaker.

The packaging oozed quality device, and the speaker was seated in thick heavy foam for protection.

It can take 3-3.5 hours to fully charge,during which the power button on the side will glue red. Although depending on use I've gotten an average of between 6.5-8 hours of use out of it. This is while having it constantly connected with my computer.

The speaker itself has an interesting Honey comb designed front where the speakers are located, and the device has a rubberised plastic shell, with four pads not the bottom to stand on. The device is well made, and feels good in the hand as well with the Matte rubberised shell fitting in rather well.

On top are three buttons, 1 for Bluetooth, and the two volume buttons. On the right is the Auxiliary 3.5mm audio jack on/of button, and the mini USB port.

On the front onto of one of the speakers is the Inateck logo, and a singular LED which light Blue when connected, and red when not.

I've tested the device on my 5.1 Mac Pro, and iPhone. It's connected instantly and worked as soon as you start playing something.

The speakers in it are surprisingly powerful, with music being clear and well audible. It's certainly a lot louder than it looks when ran close to full volume.
The bass cannot match dedicated powered speakers, but that's to be expected. having used it extensively for music, and movies I simply cannot fault it for sound quality.

The only issues I have encountered are on my Mac Pro. I have had signal drops, disconnects, and stutter during playback when connected via Bluetooth.

Although this is entirely not fault of the the Inateck Speakers in anyway, and is entirely due to USB3.0 interference over the bluetooth band. Intel has released a white paper documenting the issue, and it seems that when I unplug my USB3.0 devices the issue is immediately eliminated.

I've used the speaker near daily, and almost constantly through Bluetooth. Let me just say again that they are a pleasure to use.
I would highly recommend these to anyone that is looking for a decent high quality bluetooth speaker for either their computer or mobile devices.

You can buy these through Amazon.co.uk 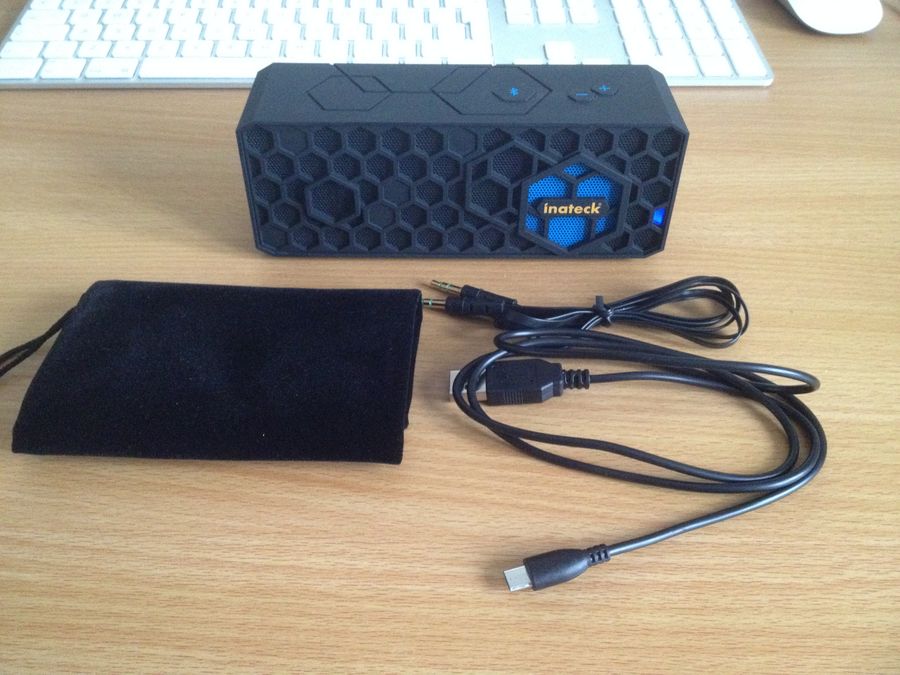 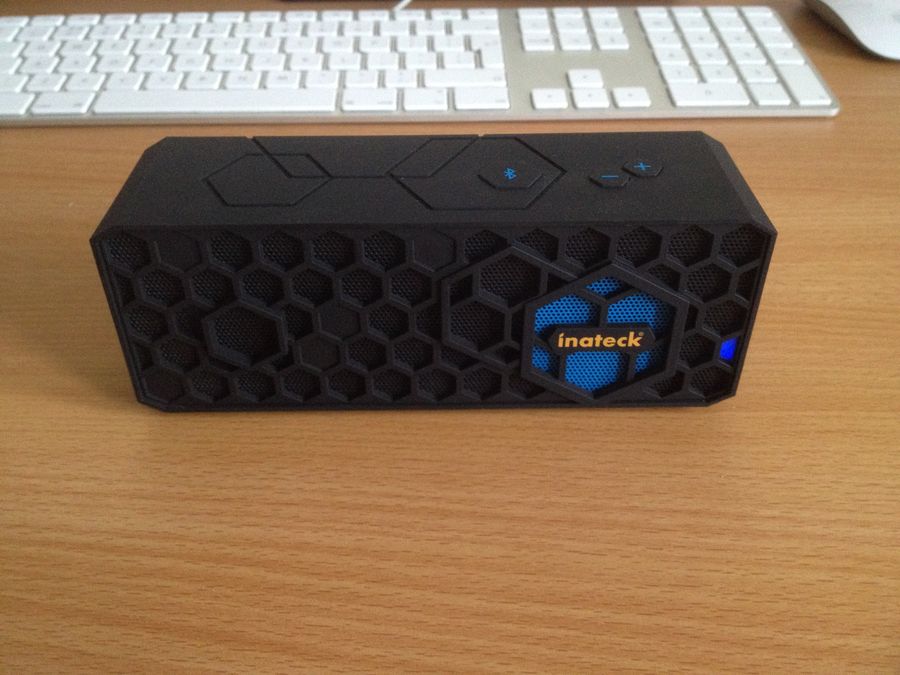 Looking good! A big thumbs up for the great vid!
T

Hmm this review just made it tougher for me to make a choice between Jambox and Bose Soundlink. Since I was expecting the Big Jambox to easily come out on top but the this one seems put up a pretty good fight.

I've been using the speaker daily, even it works great with the audio line in from my Mac Pro as well.