Satechi's latest charger, the USB-C Magnetic Wireless Charging Cable, is modeled after Apple's MagSafe charger and includes a built-in magnet that allows it to attach to Apple's iPhone 12 devices, but it's not MagSafe and can charge Apple devices at a maximum of 7.5W rather than 15W. 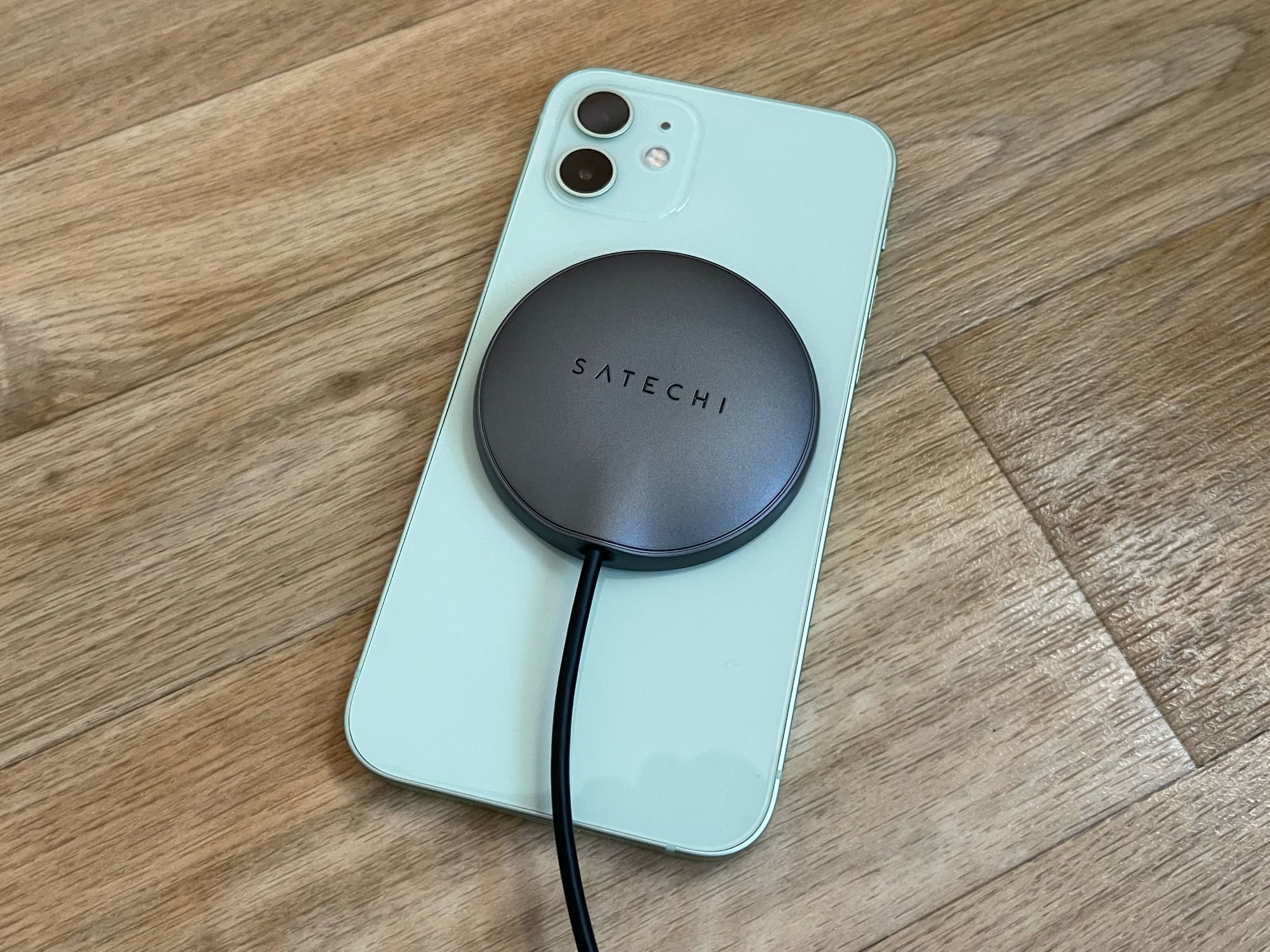 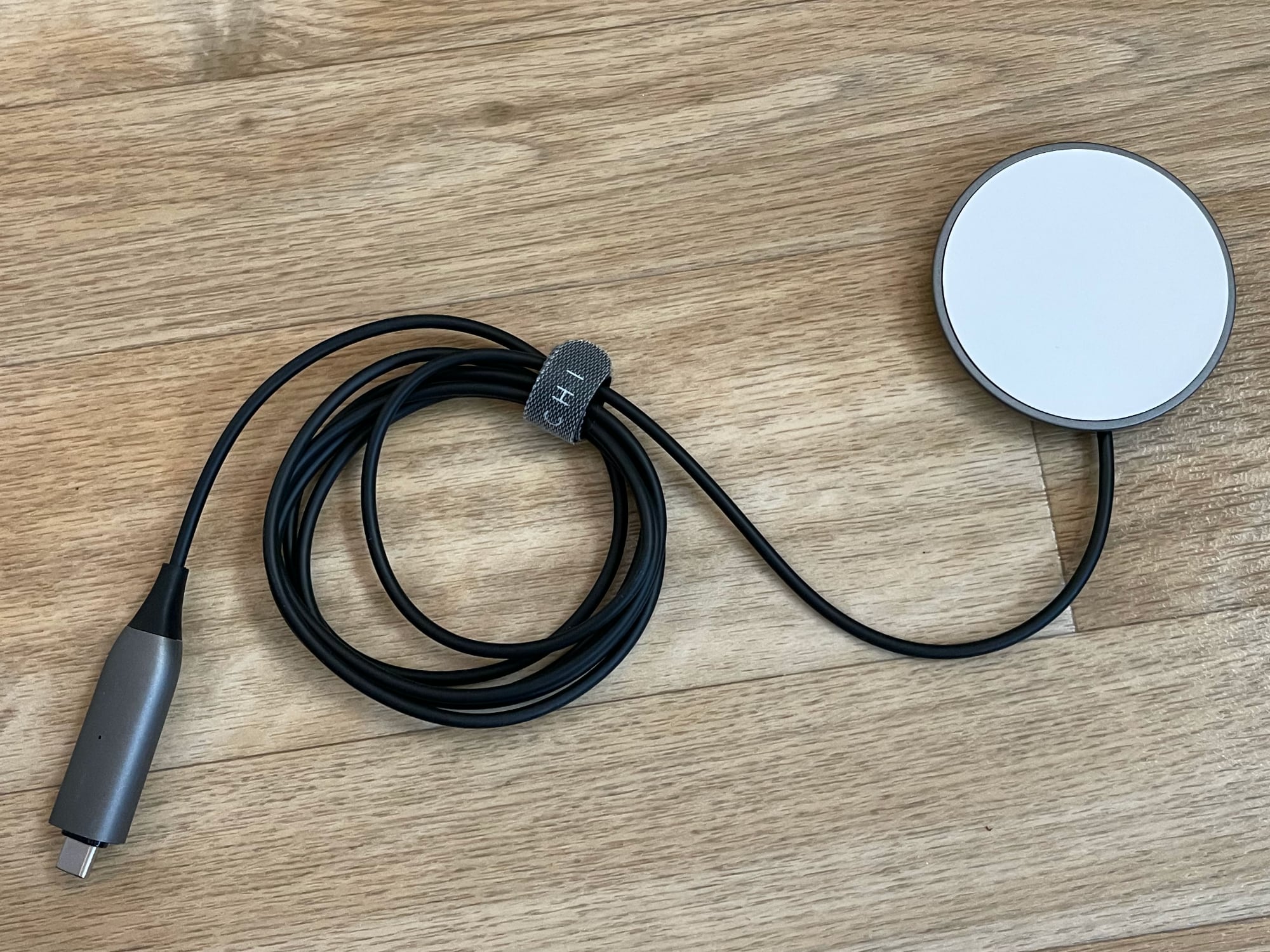 Design wise, Satechi's Magnetic Wireless Charging Cable looks similar to a MagSafe charger, but it is made from a space gray plastic with a white front that's not quite the same material as a MagSafe charger. The back of the Magnetic Wireless Charging Cable is slightly domed when attached to an iPhone, so it doesn't quite sit flush and can rock a little, but I didn't find this to be a major issue because the rounded shape is so slight. 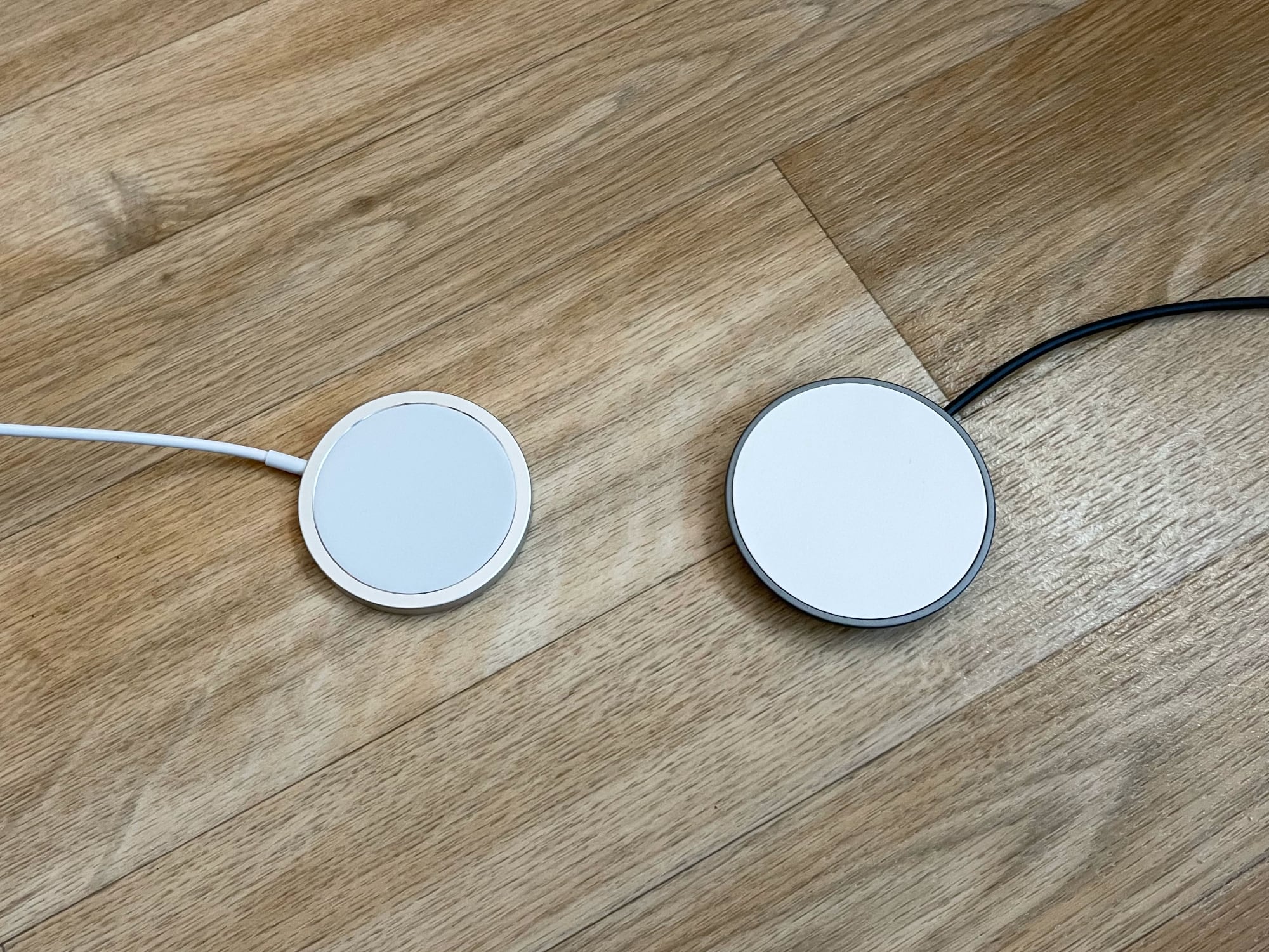 As with a MagSafe charger, the Magnetic Wireless Charging Cable attaches to the ring of magnets in one of Apple's iPhone 12 models or a MagSafe compatible case. There's a 1.5m cord along with a USB-C connector, but the charging cable does not come with a power adapter and you must supply an 18W+ charger. 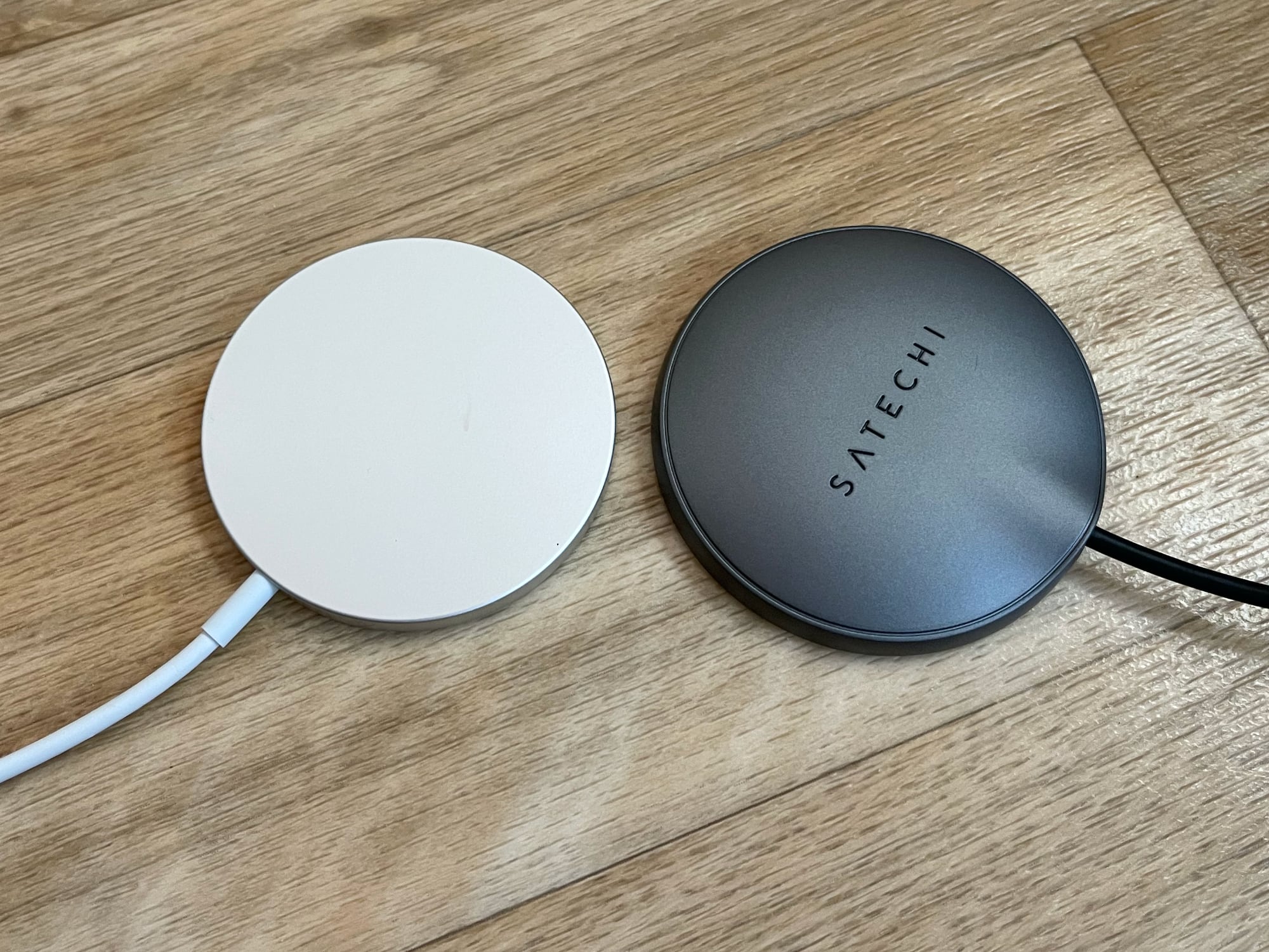 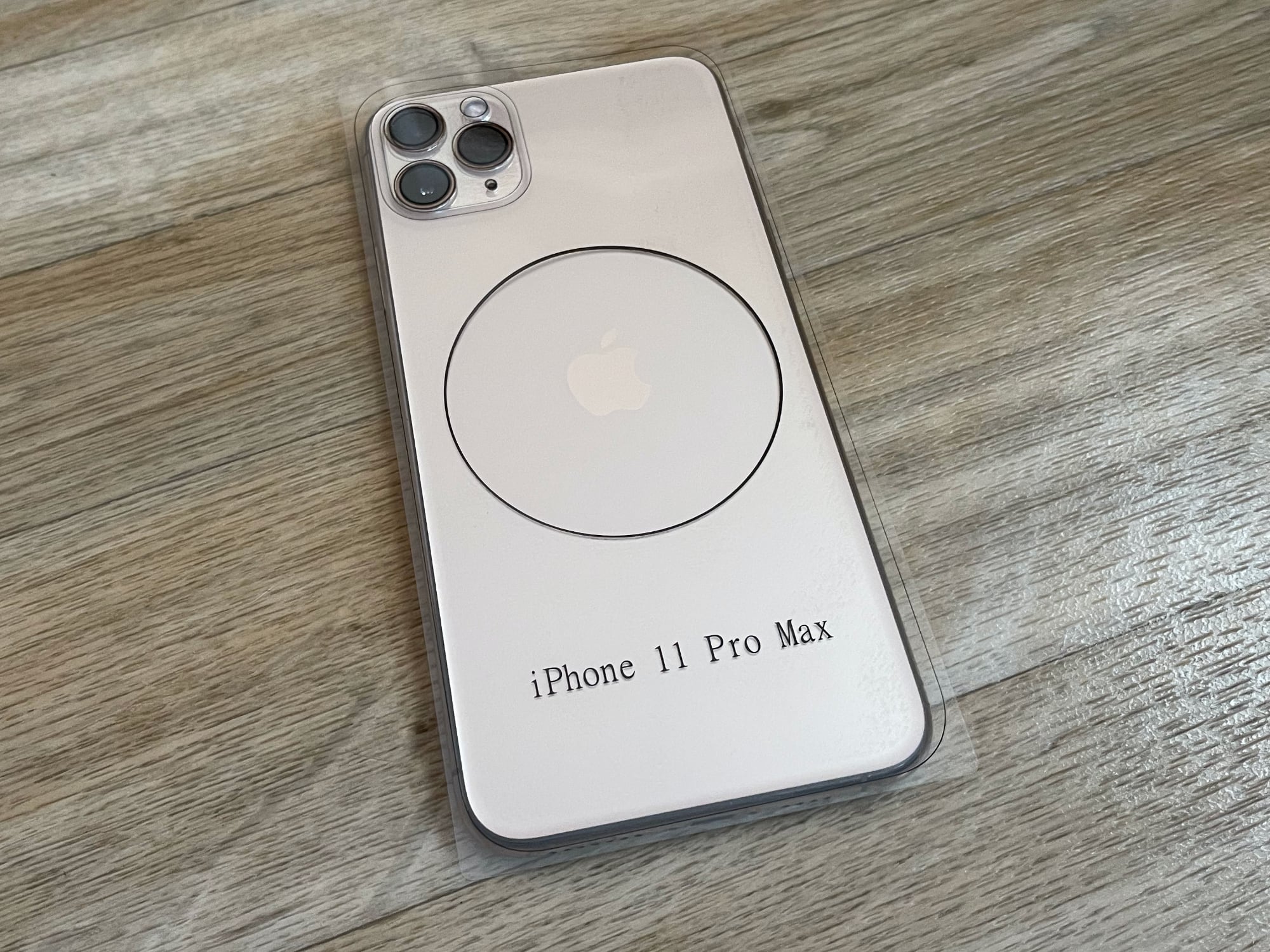 You peel off the guide, stick it to the appropriate phone, and then attach the magnet with adhesive. Once attached, the magnet that you've added to an iPhone is able to adhere to Satechi's charger with automatic alignment over the built-in wireless charging coil. The magnet is slim and it works well, making this a useful accessory for an iPhone 11, plus it can also be used to add magnets to non-MagSafe iPhone 12 cases to allow those cases to work with the Magnetic Wireless Charging Cable. 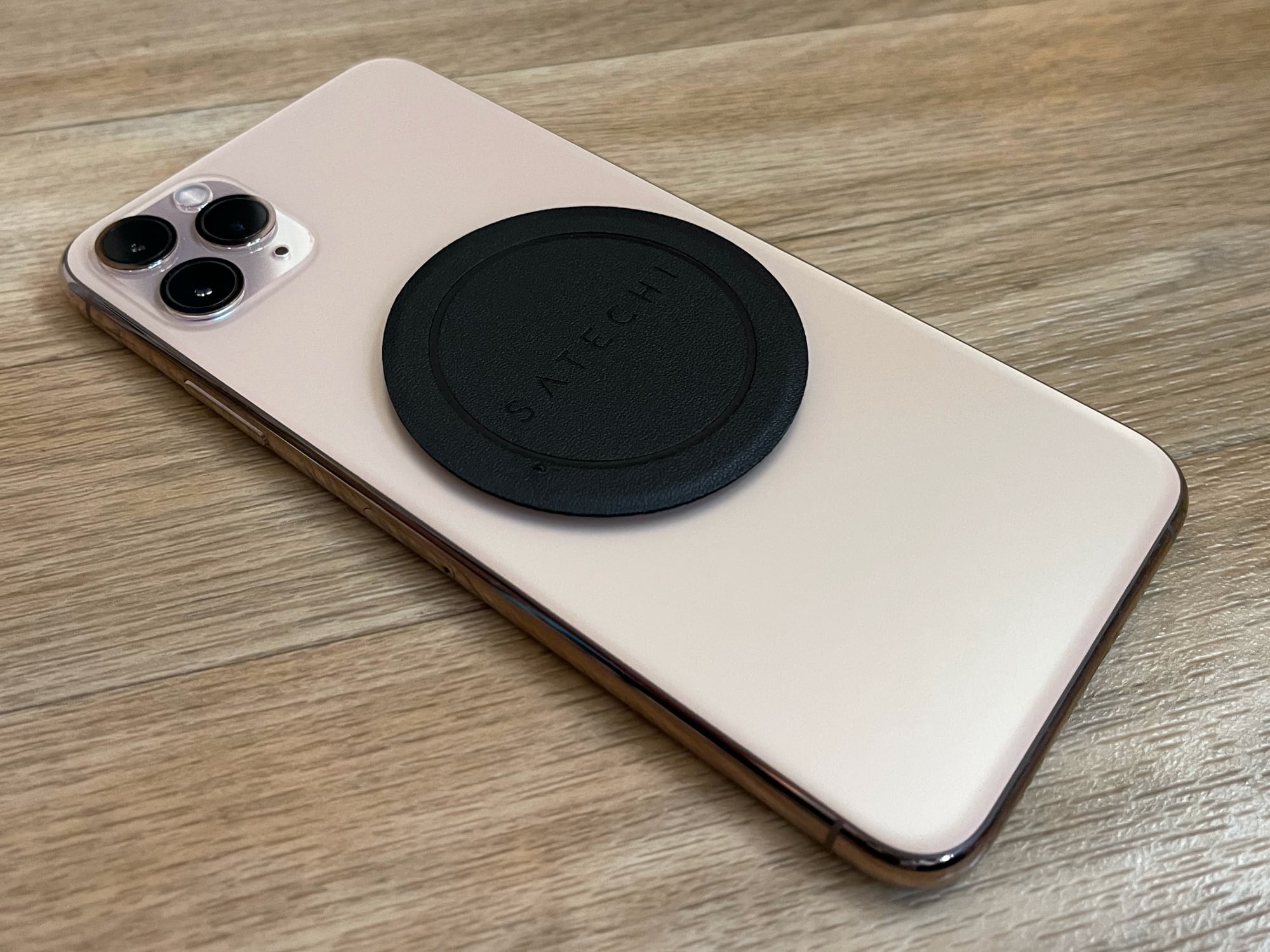 The Magnet Sticker is compatible with Apple's MagSafe Charger as well, though non-iPhone 12 models will still be limited to slower non-MagSafe charging speeds. I found the sticker to be useful for setting my iPhone 11 Pro Max to charge with my MagSafe Duo and the standard MagSafe Charger, so that might be worth picking up even if you don't plan to get the cable from Satechi. I was not able to use this with Belkin's new 3-in-1 MagSafe charger because the adhesive does not stay in place when the iPhone is positioned upright for charging, but it worked fine flat. Note that charging with the sticker using Apple's MagSafe chargers is limited to 7.5W. 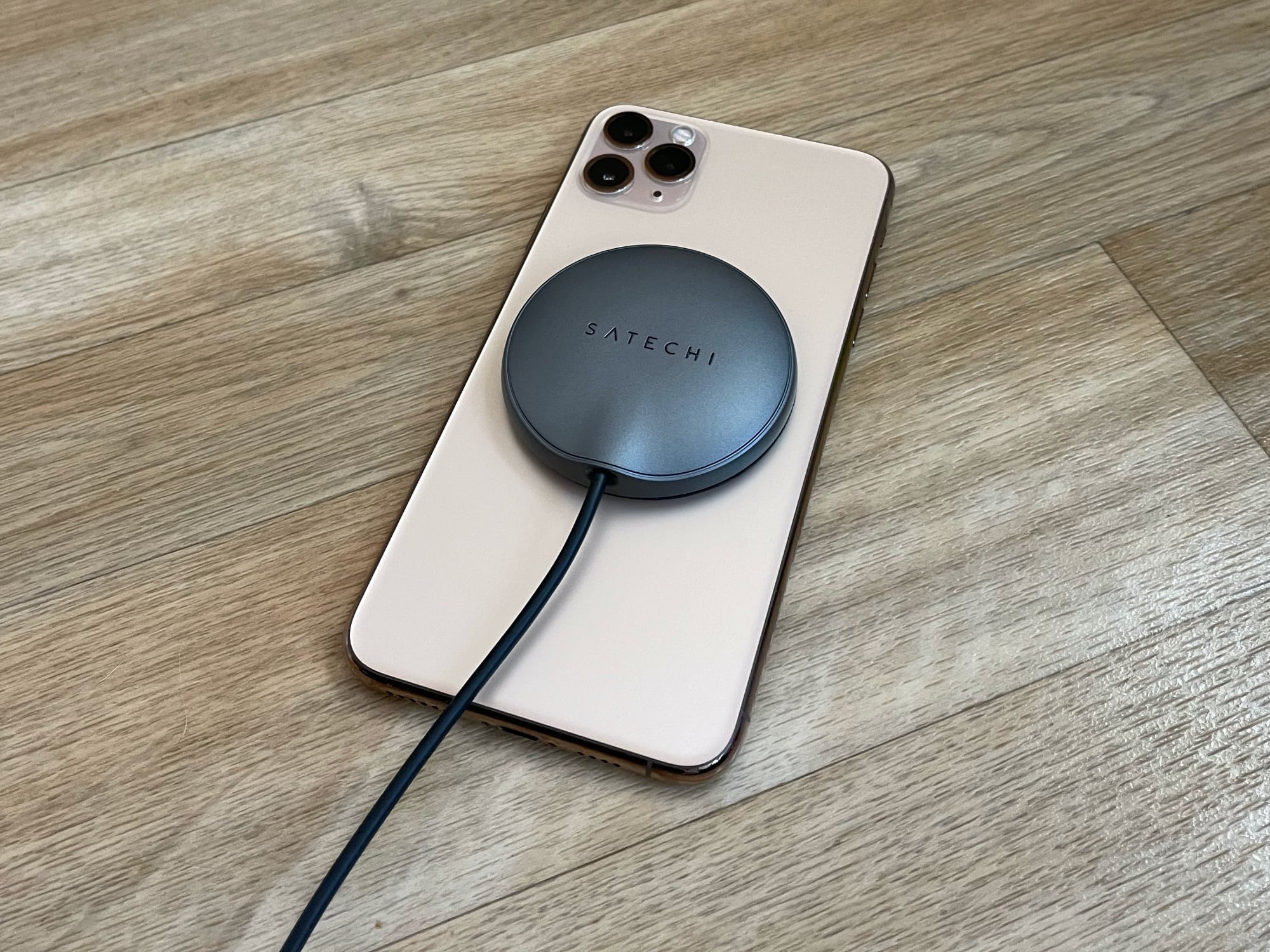 I think the most logical use case for the Magnetic Wireless Charging Cable is with an iPhone 11 model and the Magnetic Sticker. At $29.99 + $9.99 for the sticker, it's reasonably priced, and the magnetic attachment makes it simpler to use than standard Qi-based wireless chargers where you might need to shift things around to get the alignment right.

The Magnetic Wireless Charging Cable is also fine for the iPhone 12 models, and I found that it attaches to the correct spot and charges at the advertised 7.5W speed, but it's just not as fast as MagSafe. It has the same design as the MagSafe Charger and is just $10 cheaper, so iPhone 12 owners will likely be better served paying the extra $10 for the faster 15W MagSafe charging (or 12W if you have an iPhone 12 mini). 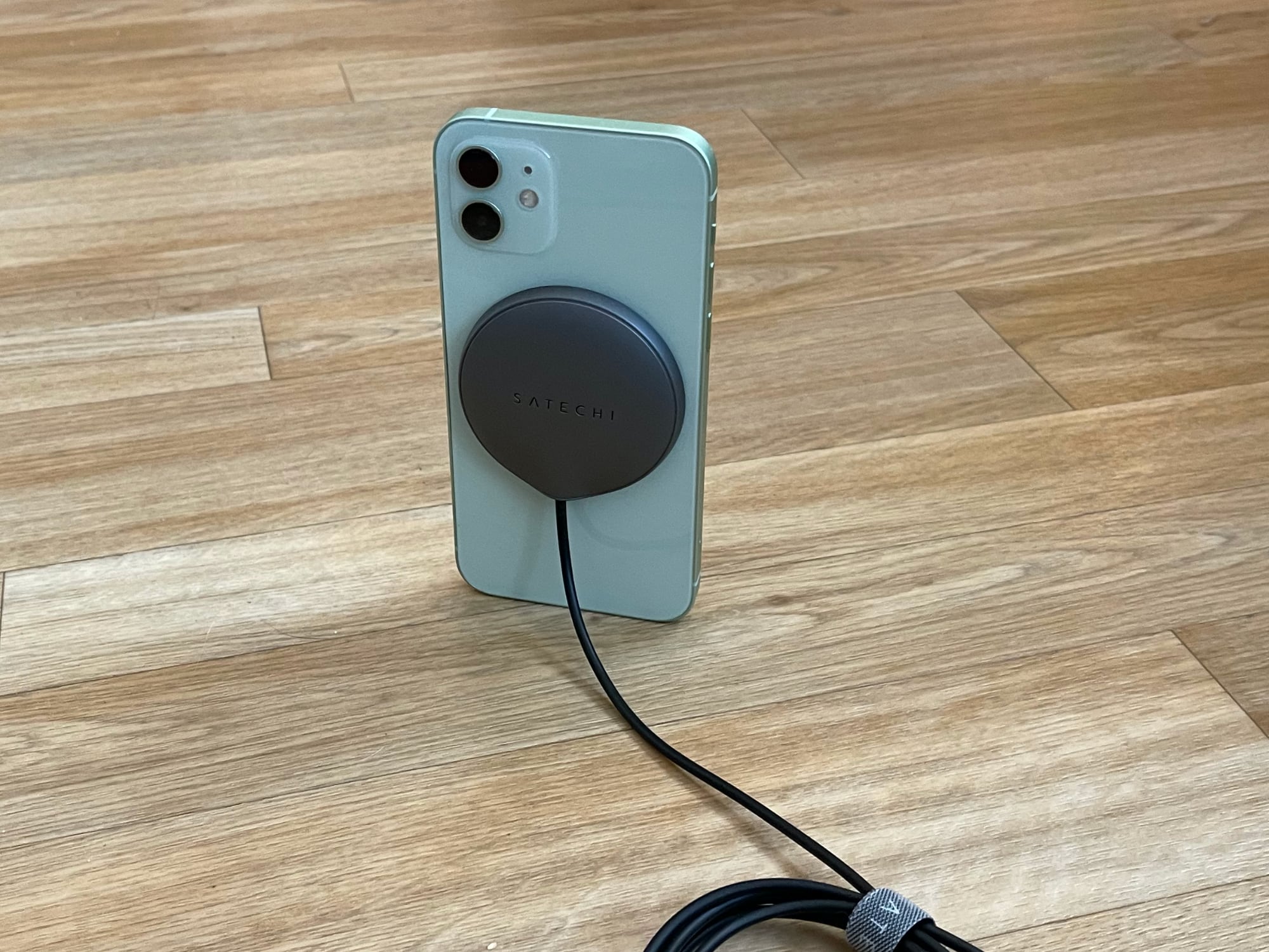 There are already other "magnetic" chargers like this Satechi charger on the market, and there's a lot of potential for confusion here. Chargers that aren't official MagSafe chargers (Apple requires Made for iPhone certification for MagSafe) are not going to charge an iPhone 12 model at 15W even though they're attaching to the iPhone magnetically, so those who want to make sure they're getting the fastest charging will need to double check labeling and advertised charging speed.

That said, if you want something that's more affordable and don't mind the slower charging speeds, the Magnetic Wireless Charging Cable works as well as any Qi-based charger and has the benefit of easy-attach magnets.

The Magnetic Wireless Charging Cable can be purchased from the Satechi website for $29.99. The Magnetic Sticker is also available from Satechi for $9.99.

Note: Satechi provided MacRumors with a Magnetic Wireless Charging Cable and Magnetic Sticker for the purpose of this review. No other compensation was received.

And then you're stuck with a big ol' sticker on the back of your phone. No thanks.
Reactions: Apple_Robert, jocamero, LeadingHeat and 3 others

Why are people making non-MagSafe chargers, rather than getting it certified? They’ll only charge half the speed! Is it too costly to get it  certified?
J

a Qi charger with a magnet? seems rather odd since 80 or so % of the target market (so Android and pre-12 iPhone) don't have magnets ... and a magnetic sticker?

I feel as though wireless charging is going backwards. Now for best results we need a huge puck to travel with us for the convenience?
Reactions: JosephAW, LeadingHeat and decypher44

ryanflanders256 said:
And then you're stuck with a big ol' sticker on the back of your phone. No thanks.
Click to expand...

My wife is using Otterbox Strada case for iPhone 12, which isn't MagSafe compatible. I tried several MagSafe stickers to reinforce magnetic pull, but Satechi is the only one that consistently worked well. My wife dislikes fidgeting with Qi wireless charger so the sticker is the best overall compromise, at least until someone makes MagSafe folio case for iPhone 12.
H

ryanflanders256 said:
And then you're stuck with a big ol' sticker on the back of your phone. No thanks.
Click to expand...

lol then don't put on the sticker? it's just like every other charger then. the sticker is only for older phones that don't have magnets.

It would be cool if someone started making cases for iPhone 11 with magnets built in to allow them to align with MagSafe chargers. I think a case makes more sense than a sticker.

It looks like a product looking for a problem that doesn't exist. No, thank you.
Reactions: DieselOneV12 and 480951

MagSafe would probably add $20 to the cost? *shrug* I would like for something to be 'certified', but uncertified devices can be an issue at times.

I'm not sure this makes much sense.

Mac Prodigy said:
I'm not sure this makes much sense.
Click to expand...

They seem to be trying to 'have their cake and eat it too'?

Exploiting the MagSafe, without paying to exploit it? Skating on thin ice?

EDIT: MagSafe is small thin, sexy. Oh, and officially supported. A Qi charger with magnets is NOT officially 'MagSafe', but could ape it pretty well, I'd wager. But Official MagSafe has been a disappointment here. It doesn't work with an OtterBox Defender case. Ahh, but it fits perfectly into a clean spot on my desk charge the various versions of the AirPods. Lose-win situation? Win-win, expensive situation? It works! *sigh*
Reactions: Mac Prodigy
You must log in or register to reply here.
Share:
Facebook Twitter Reddit Email Share Link
Register on MacRumors! This sidebar will go away, and you'll see fewer ads.
Sign Up
Top Bottom