Right, that Clamshell XGA mod, then...

I intended this to be a detailed step by step guide with a lot of pictures but frankly it was such a straightforward procedure that I am not surprised that no such guide exists.

The key things: Get a suitable XGA panel, which means from a G3 or G4 12" iBook. Mine came from the last generation iBook G4, the A1133. My gamble was that the newer the panel, the less likely it was to be yellowed/faded from age. I lucked out with my panel, as it happens. I followed the iFixit guide to remove the display panel from its housing. All I will add is that there are many more screws to remove than the four mentioned in the guide. 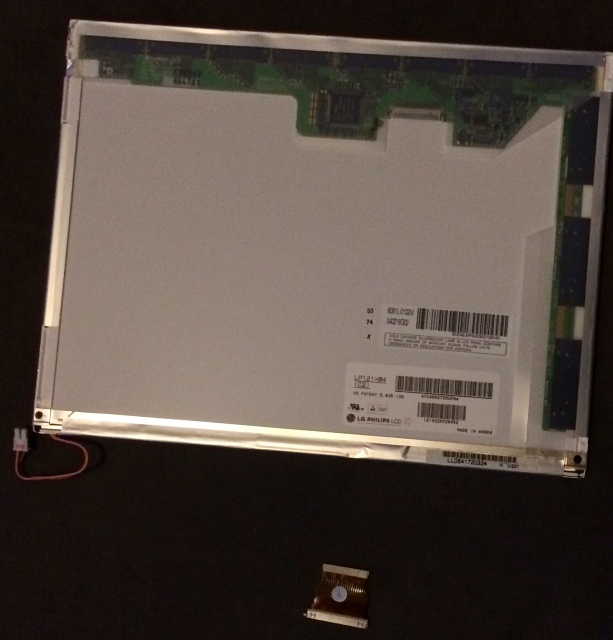 Mine turned out to be a LG Philips panel. Samsung panels are more common. Either will work for this mod. One thing to notice, the socket for the LCD cable in the XGA panel is towards the top to the right of the centre chip as you can see in the picture above. On the original Clamshell VGA panel the LCD socket is on the lower right just to the right of the barcode label and the panel appears to sit upside down. 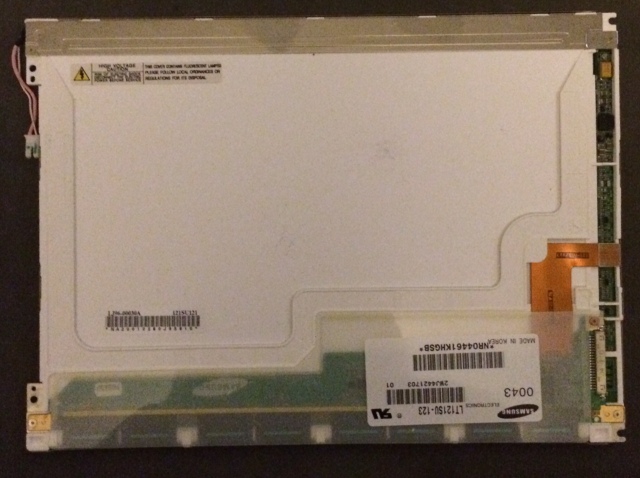 On both panels, the pink cable with the white jack is the inverter cable. That is the only one retained from the XGA panel. All others need to be detached.

Previously, people would buy the LG LCD cable for the Clamshell but those have not been manufactured for years and rarely, if ever, come up on eBay. Fortunately, I stumbled upon this early guide for the mod, which links to a small adapter from PCHub for the existing Clamshell LCD cable. 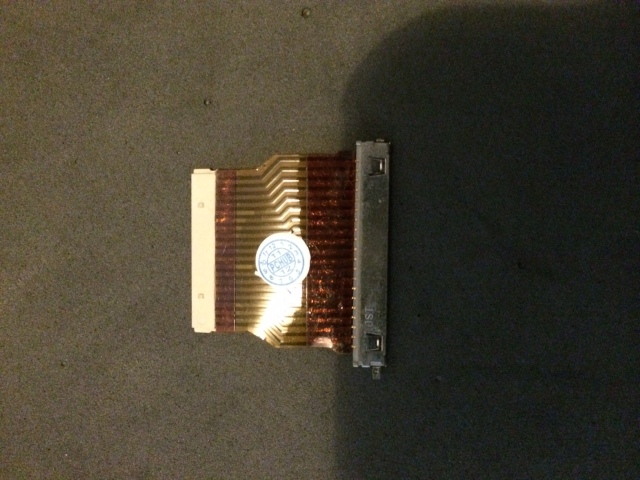 This makes the mod easier because I realised subsequently that there is no longer any need to detatch the Clamshell display from its base, which cuts out a lot of the work.

All you need to do is remove the four Torx screws from the Clamshell lid and then use a spudger to pop the bezel free. Four more screws undone and a few bits of tape frees the VGA panel. Remember to detach the LCD and inverter cables before lifting the panel completely away.

The LCD cable is L-shaped to fit the socket on the right on the VGA panel so needs bending on itself to aim upwards. This reverses the direction of the jack at the top so the cable needs another twist somewhere to correct this - either at the top by the jack where the wires are unshielded or near the bottom past the display unit where the hinges sit are the least obtrusive places. Care is needed not to damage the cable.

I used some electricians tape to position the panel but no special mounting is needed as pressure from the bezel will hold the panel in place. The difficulty in adjusting the position of the panel such that it lines up with the bezel and the screens sits straight and all pixels are visible. There is nothing for it but trial and error.

Before putting everything back together, check that everything works. 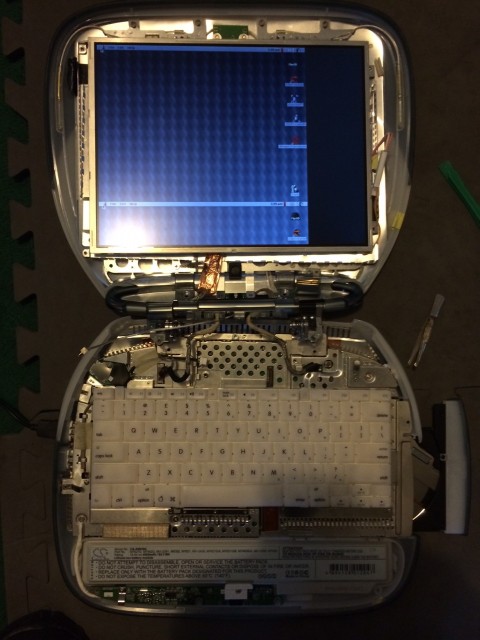 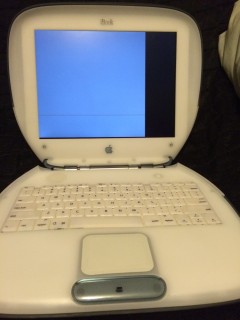 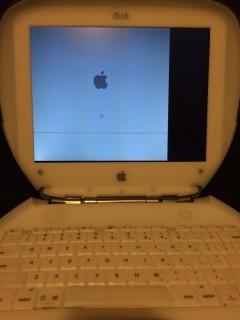 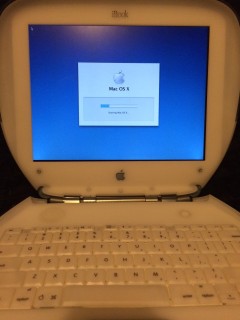 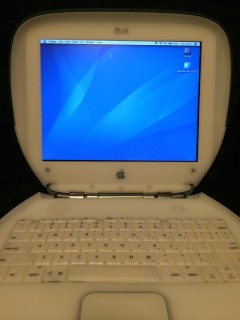 Fortunately, mine did. It still needs adjusting as I have a small black band along the bottom and the right where the panel needs moving to align with the bezel but that is for another day. There is no lightbleed on my Clamshell by the way, that is just reflected light from the lamp above

So far, I have noticed that boot up times take longer - i.e. the screen stays black about a minute longer before Open Firmware makes its presence felt. A game of Quake I was halfway through in OS9 automatically stretched itself to the new resolution but the video options above 800x600 remained greyed out and the onscreen game menu is a little off centre both vertically and horizontally.

Apart from that, everything seems to work as it did. Just in roomier accommodation. One app I wanted to run now no longer has its startup OK/Cancel buttons off screen and is now usable. Unfortunately, some applications are just plain unusable as opposed to cramped in 800x600 due to dialog/checkbox placements and these cannot always be dragged into view. The Clamshell only mirrors to a TV (cannot get mine to work at all) so attaching an exterior display will not solve this problem.

Total cost of the mod: £10 for the panel and £7 for the adapter. Worth it.
Reactions: B S Magnet
H

You may want to note the OpenFirmware commands to get the proper resolutions, that DVD playback doesn't work, and that it is recommended to use a later clamshell with 8MB of video memory. Also, only the later revision clamshells with 8MB can output to a TV.
W

Intell said:
You may want to note the OpenFirmware commands to get the proper resolutions, that DVD playback doesn't work, and that it is recommended to use a later clamshell with 8MB of video memory. Also, only the later revision clamshells with 8MB can output to a TV.
Click to expand...

All true, except you can get DVD playback via VLC. It is to be noted that hardware accelerated playback only happens with the stock DVD player but others have noted that VLC performs well on the CPU alone. Given the stellar audio qualities of the Clamshell, I think I can live without it.

Alternatively, there are Open Firmware commands that pick a slightly larger resolution after which DVD playback works again with a black band to the side.

The OF commands needed to get XGA resolution are:

Enter Ctrl+C to exit the NVRAM editor then type:


To play DVDs boot to Open Firmware and enter the same as above substituting the number 2 where you typed 3 earlier.

And yes, you need a minimum of 8MB VRAM to display to an XGA panel via this mod and the OF commands. If your Clamshell does not have Firewire, don't waste your time.

I really should do this. The main drawback to the clamshell is the 800x600 display. Not that they're fast computers, and RAM capacity sucks, but maybe i'll try this on the key lime or 466 Graphite.
O