Ahead of Apple's upcoming press event where it will introduce larger iPhone models, Samsung today kicked off IFA 2014 with a presentation that unveiled several new mobile and wearable devices including the Note 4, Note Edge, Gear S smartwatch and Gear VR headset. 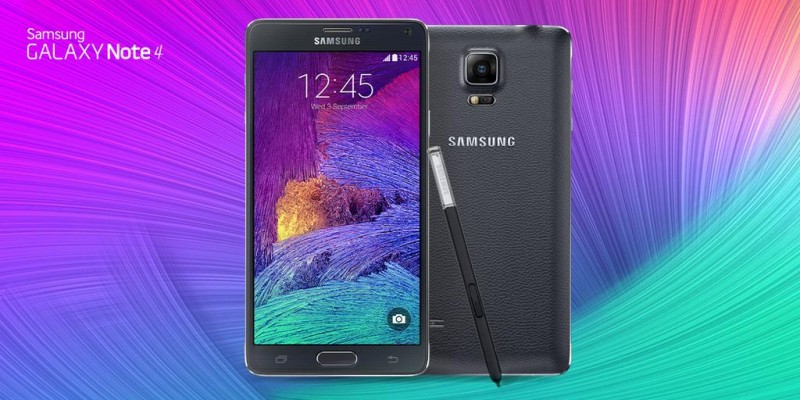 The Note 4 and Note Edge are two new models in Samsung's popular Note series of large smartphones. The Note 4 is the premium model offering a 5.7-inch Quad-ultra HD (2560×1440) Super AMOLED display at 518 pixels per inch and either the 2.7 GHz quad-core Snapdragon 805 processor with support for Category 6 LTE or the 1.9 GHz octo-core Exynos 5433 with Category 4 LTE, depending on geographic location. There's also a 16-megapixel rear camera with image stabilization, a 3.7-megapixel front camera designed for selfies, a heart rate sensor, and a new S-Pen with improved sensitivity that detects pressure, nib tilt, and speed. Design-wise, the Note 4 sports a plastic textured rear housing with metallic edges. 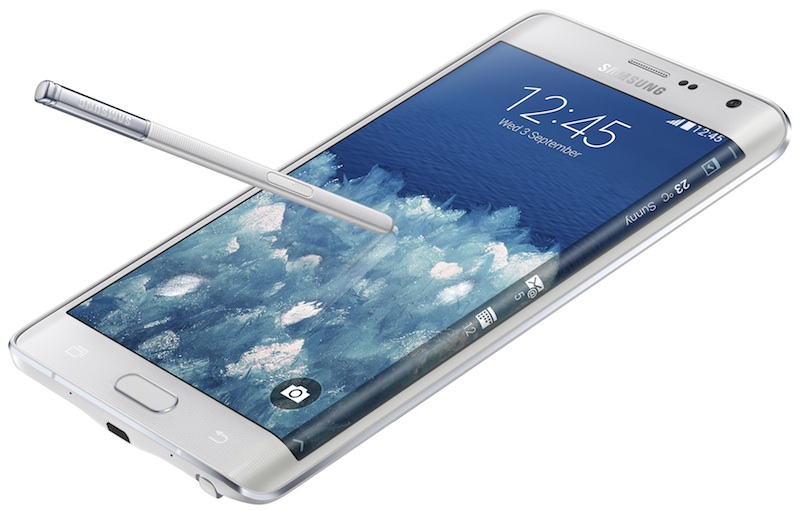 Galaxy Note Edge​
As an alternative to the Note 4, Samsung also unveiled the Note Edge, a smartphone that is identical to the Note 4 under the hood, but features a curved display. The curved edge of the display operate separately from the main display providing an app launcher or contextual controls depending on the app that is being used. 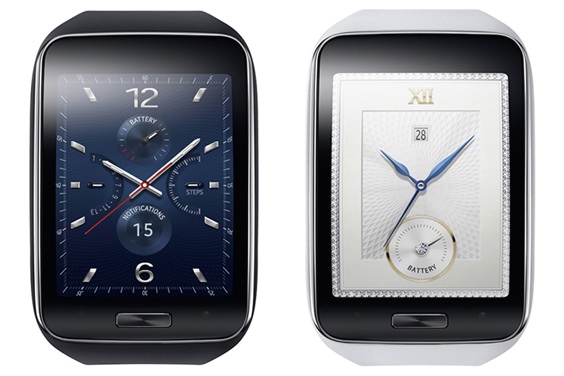 Galaxy Gear S​
Samsung did not provide pricing or exact launch dates for this new hardware, but the Korean company is expected roll out these products in the coming months. Samsung's latest mobile and wearable devices will compete with Apple's upcoming gear, which will be announced beginning next week. Apple is expected to announce its new iPhone 6 in both 4.7-inch and 5.5-inch sizes and its iWatch wearable at a press event scheduled for September 9. This event likely will be followed by a second event in October that Apple may use to unveil its next generation iPad models.

this was hard to watch. what an awkward keynote.
Comment
A

A very dry and hot desert

Good thing I came to MacRumors today for this solid bit of Apple news.
Comment
P

The always are... but nothing compares to https://www.youtube.com/watch?v=v7qTHbOEiDY


The Note edge is actually something new! I like the idea of having a notifications control bar on the side. Certainly something smash able though! And something Fragemented again

Does make me chuckle that they bring out a VR headset that is not compatible with only the note.. not ht enot edge. It's really arse from elbow stuff. They just don't seem to have any cohesion with their products... Just shove out any old junk and see what people buy.
Last edited: Sep 3, 2014
Comment
K

Wow, that wrap around screen does look sexy. I question the actual usage of it, but it does look nice.
Comment

Note 4 looks nice....otherwise....I'm not sure where they're going with the "edge" and the Galaxy S looks absolutely huge and bulky.....
Comment

"Your scientists were so preoccupied with whether or not they could that they didn't stop to think if they should."

Amazing how much Samsung were initially ridiculed for the Note "phablets".

There is just something about that curved display on the Note Edge that makes me hate it...Perhaps because it is not symmetrical? I guess time will tell if the public accepts them...
Comment
M

In the Note 4 thread I said that it might be awkward to hold but looking at the pics in more detail I think it'll be ok. Samsung left the back flattish and just curved the screen.

I still question how it will be used but it is definitely new. Nice to see something different.
Comment
N

i usually cannot stand Samsung and their keynote was forgettable as usual but i am really digging the Note Edge and I am SO jealous of those pens ... i really wish Apple would push it for productivity purposes alone.

i wonder what the battery life will be, its over a 1000 more than the rumors battery of the 5.5 inch iphone 6 right?

Last year's keynote was awkward because of the whole child box thing and the way they 'acted' out usage scenarios.

This year it was awkward because of pauses, silences, not-so-impressive features and Rachel Riley asking weird questions and making unfunny comments at the worst times.
Comment

You guys need to quit your bitching about these types of articles. No, it isn't about an Apple product. But it IS directly related to Apple in that it's their main competition. I, for one, like seeing what the competition is up to without having to go to some Android blog. It's not like these articles flood MR daily.

Your constant complaining is far more annoying than the occasional article about Samsung hardware.
Comment
Z

JaySoul said:
Amazing how much Samsung were initially ridiculed for the Note "phablets".

It's their best phone by a mile.
Click to expand...

That's really not saying much, and based on the initial hands-on from a number of tech journalists, is very questionable.
Comment

CheesePuff said:
I just jumped on after your comment to see and wow you are right...
Click to expand...

Glad i'm not the only one who thought that. I was surprised to see Rachel Riley presenting for Samsung, she uses an iPhone. But yea it did feel really awkward and so rehearsed/false
Comment