Samsung is planning to introduce its newest smartphone, the Galaxy Note 8, sometime in the second half of August, according to people familiar with the company's plans (via Reuters). If accurate, the August announcement will come about four months after the launch of the Galaxy S8 and nearly one year since the first cases of exploding batteries in the Galaxy Note 7 were reported by users.

Although details are somewhat scarce, the Galaxy Note 8 is said to include a curved display that is "marginally larger" than the 6.2-inch display of the current Galaxy S8+, while also including two rear cameras. In comparison, last year's Note 7 had a 5.7-inch curved display with one camera on the back. Today's sources made no comment on the potential pricing for Samsung's new smartphone. 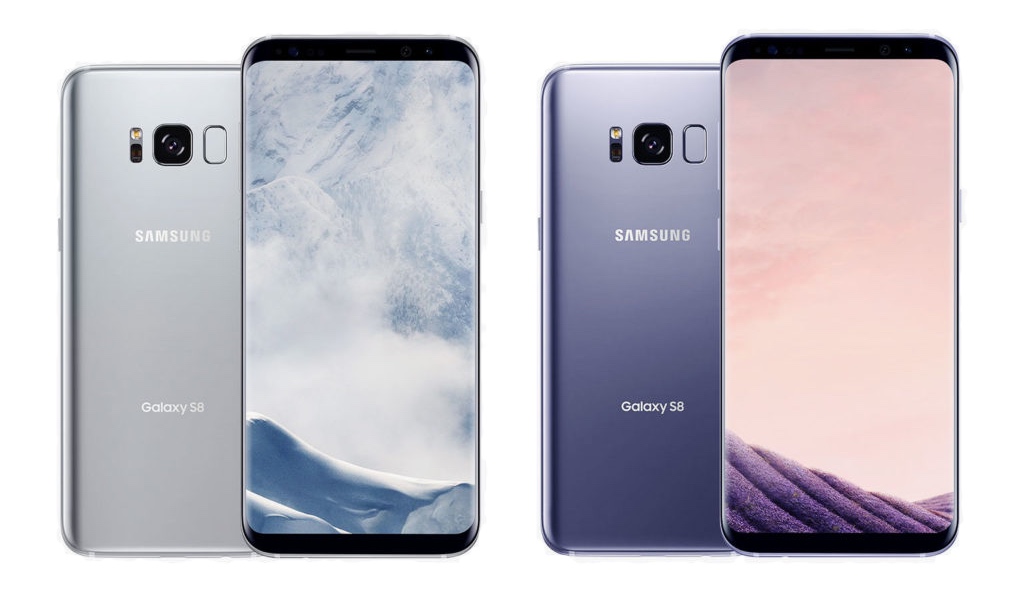 Analysts said that Samsung is "intent" on continuing to use the Note brand, despite the Note 7 devices that caught fire on a worldwide scale last year and ultimately cost the company $5.4 billion.

Tech giant Samsung Electronics Co Ltd plans to hold a launch event in New York City for its next Galaxy Note smartphone in the second half of August, a person familiar with the matter told Reuters on Tuesday.

Samsung is intent on continuing the premium Note series despite the costly collapse of the Galaxy Note 7, which it was forced to scrap roughly two months from launch in October due to fire-prone batteries. The incident, one of the biggest product safety failures in tech history, cost the firm 6.1 trillion won ($5.4 billion) in operating profit and hurt its credibility.
Click to expand...

Following the initial cases of exploding batteries in the Note 7, Samsung faced a tough few months in 2016, sending out a video apology to users, halting Note 7 sales worldwide, and encountering a ban of the smartphone from all U.S. flights. In January, the company concluded that a design flaw in the Note 7's battery and some welding defects were the main culprits behind the handsets that caught fire.

Now, Samsung runs an 8-point Battery Safety Check for its smartphones, beginning with the April launch of the Galaxy S8, and analysts believe that the company's messaging is helping it to recover quickly following the Note 7 drama. Samsung said that pre-orders were its "best ever" for the Galaxy S8 earlier this year, leading to what could be the company's highest profit period ever for April-June 2017.

When it launches, the Galaxy Note 8 will be another competitor for Apple in the premium smartphone space, with Apple's "iPhone 8" launch event expected to take place sometime in the traditional mid-September time frame. For the iterative iPhone 7 and iPhone 7 Plus update last year, industry analysts said that the lack of "a compelling enough feature set" was not enough to convince some owners of potentially exploding Note 7 devices to switch from Samsung to Apple.

I think we can all agree that "Exploding Batteries" will leave a "remarkable" name for a rock brand.
Last edited: Jun 20, 2017
Reactions: HArzeh and KPOM

My next phone. Really missing that S Pen and quick notes. Bring it.
Reactions: Duckyduckbumps, rhinosrcool, pat500000 and 3 others
S

I'm sure the Note folks will run to the 8 when it comes out, those folks like their Notes, I'm sure it'll do great (battery issues not withstanding).

Word is Samsung only sold 5 million s8's during its launch month (their high point was the s4 at 10 million) and are already doing a buy one get one free deal for the S8 here in the U.S.:

Not a good sign for sales, at least here in the U.S., despite the "official" word on things. I think Samsung's choice of going for a bigger display in the same size phone instead of just dropping the bezel space and making a smaller phone was a mistake.
Reactions: haruhiko

A New note? The internet will love this! Burn baby burn.
Reactions: Cameroncafe10a, t1meless1nf1n1t and KPOM

So an even larger phone. Who can carry this without a purse?

Dammit. Curved edges. I really wanted to get the Note 8, but I prefer flat phones. The curved edge looks nice, but I've always used flat phones. Who knows, if I play with my wife's phone enough maybe I'll get used to it. Otherwise sticking with my S7.
N

Well, this would be fun. So, a S8+, with a s-pen? At some point, they should just merge the lines because the S8+ and N8 are nearly identical.

"Look, Ma! No ridiculous cutout!" Works for me.
Reactions: Sunny1990

It could be the hottest phone to hit the market!

Cloudkicker said:
"Look, Ma! No ridiculous cutout!" Works for me.
Click to expand...

Have to agree!! top camera and earpiece cutout on the leaked iPhone 8 images look awarked,hope apple blend it with display like this 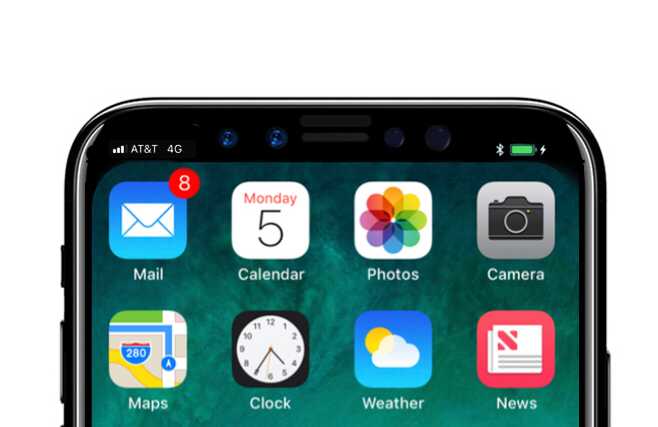 fokmik said:
So an even larger phone. Who can carry this without a purse?
Click to expand...

Anyone who can carry a 7+ or any of the myriad phones with large screens. So just about everyone.
Reactions: Duckyduckbumps and cdmoore74
J

This will be my next phone. I was wishing Samsung would have released the re-released Note 7 here in the US but the Note 8 will be out soon enough.

Girlfriend has a note 6. Nice phone. The stylus is what will keep her with the Samsung Note series. She uses the hell out of it and was lost when she needed to replace the stylus and had to go a couple of days without it.
I would be the first one to buy an iPad Mini with pencil support as my daily note taking device. The 9.7 is too big for me for daily note taking.
Reactions: Duckyduckbumps
J

rp2011 said:
Girlfriend has a note 6. Nice phone. The stylus is what will keep her with the Samsung Note series. She uses the hell out of it and was lost when she needed to replace the stylus and had to go a couple of days without it.
I would be the first one to buy an iPad Mini with pencil support as my daily note taking device. The 9.7 is too big for me for daily note taking.
Click to expand...

Cloudkicker said:
"Look, Ma! No ridiculous cutout!" Works for me.
Click to expand...

It won't appear as a cutout when the phone is on, the space either side will be used to display signal strength, bluetooth, battery etc against a black background - this means that info isn't eating into the actual display area.

So in fact - it's the new Note that will have a 'cut in' of information at the top of the screen because that appears in the main display area. 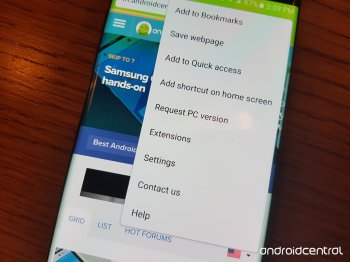 JackieInCo said:
There was no Note 6. There was a Note 5, Note 7 and now there will be an 8. They skipped the 6 for some reason.
Click to expand...

KPOM said:
Because 6 is an unlucky number in Asia and 7 is a lucky number.
Click to expand...

Yeah, that definitely worked out for them.
Reactions: cdmoore74, BlueParadox, FriendlyMackle and 1 other person
D

fokmik said:
So an even larger phone. Who can carry this without a purse?
Click to expand...

The sad reality is that few people can ignore their phones long enough to put them in a pocket or purse.
[doublepost=1497970401][/doublepost]

DaveWotzit said:
A New note? The internet will love this! Burn baby burn.
Click to expand...

I believe the name retention is gutsy. If the next Note proves to be issue-free, it will demonstrate that Samsung has confidence in its engineering resolve. After all, Apple didn’t abandon the iPhone moniker after the so-called Antennae-gate fiasco. Besides, the public has a short-term memory.
Reactions: Duckyduckbumps
N

I am switching to s8. I ordered one. Gotta experiencd that gorgeous omled screen. Being with the iPhone until now, I feel that the design of iPhone is become very bland and monotonous. Now days, by looking at an iPhone, I can't even say whether it's iPhone 6 or 6s or 7. I bet 7s will be as similar to 6s/7. Let's see how it works out with s8.

JackieInCo said:
There was no Note 6. There was a Note 5, Note 7 and now there will be an 8. They skipped the 6 for some reason.
Click to expand...

They skipped the 6 because they wanted their flagship Galaxy lines to finally align more uniformly. With the Note typically sporting the more advanced features that would trickle down to the next S, they didn't want it to seem as if the Note 6 was somehow less advanced than the S7. Although that is a perfectly understandable and reasonable explanation, I'm of the opinion they wanted to ensure the Note wouldn't have a lesser number than the iPhone 7. That's the conspiracy theorist in me talking.
Reactions: FriendlyMackle
4

Sevanw said:
My next phone. Really missing that S Pen and quick notes. Bring it.
Click to expand...

The S pen is a brilliant idea for the Note 8. It's a compelling feature I do wish the iPhone Plus models did have. But I do understand how Apple is different. But Samsung did such a good job executing the S-pen and it's capabilities. Especially with the larger display, it really makes sense to have a stylus in certain situations.
Reactions: Duckyduckbumps

Sunny1990 said:
Have to agree!! top camera and earpiece cutout on the leaked iPhone 8 images look awarked,hope apple blend it with display like this
View attachment 704894
Click to expand...

You'd be able to do that yourself with a wallpaper if for some reason they chose not to.
Reactions: 44267547

The Note 8 is going to be a heck of a phone. I can't wait to see if Samsung can shrink down the bezels even more. Couple that with the iPhone 8 and Google Pixel 2 later this year and we have an exciting 2017 for us phone geeks!
You must log in or register to reply here.
Share:
Facebook Twitter Reddit Email Share Link
Register on MacRumors! This sidebar will go away, and you'll see fewer ads.
Sign Up
Top Bottom