EDIT : If you buy a Samsung 970 EVO M.2 blade, install it but before formatting check the FIRMWARE revision in " About this Mac/ NVMe "first.

It should be 2B2QEXM7.
​
If it is 1B2QEXM7 you will have problems with the blade.

I bought a 500gb Samsung 970 EVO on Saturday. I realised that the firmware had to be checked as the 970 EVO's firmware in the first release from Samsung ( 1B2QEXM7 ) was causing kernel panics etc.

Sure enough looking in " About this mac / Hardware / NVME the firmware was the problomatic" 1B2QEXM7 ".

So, I fired up Win 7 and ran Samsung Magician . .but .. . I got a popup message saying that it needed Microsoft .NET v 4.6.
this had never happened before. So I ran Win 8.1 and got the same message.

Now I was starting to get worried. so I did two re-installations of Win 7 in both 32bit & 64 bit.

Got the same popup when I tried to run Samsung Magician.

After quite a while and many net searches I happened on the solution over at tonymacx86's haxckintosh forums.

Is their a way to update the firmware w/o having to boot into windows? Hi thoronthar: I don't think you need to boot to Windows the ISO for updating will be burned to USB stick. Then you boot form the usb. It seems to come with it's own "OS / Linux. After the update you can do the normal...

2. The latest Samsung 970 EVO Plus firmware ISO
https://www.samsung.com/semiconductor/minisite/ssd/download/tools/
scroll down to FIRMWARE then to “Samsung SSD Firmware(24).

4. Started up UNetbootin by using the mouse RIGHT BUTTON & selecting OPEN. Just clicking the app won't open it.
Pointed the App to the ISO & the USB stick
Hit "OK" .. then UNetbootin formatted the USB stick bootable.

5. NOTE : At this point an EFI flashed GPU is required- I shutdown & installed my flashed XFX HD 5770.

6. Booted up holding down the OPTION key for the pre-boot selection screen .. 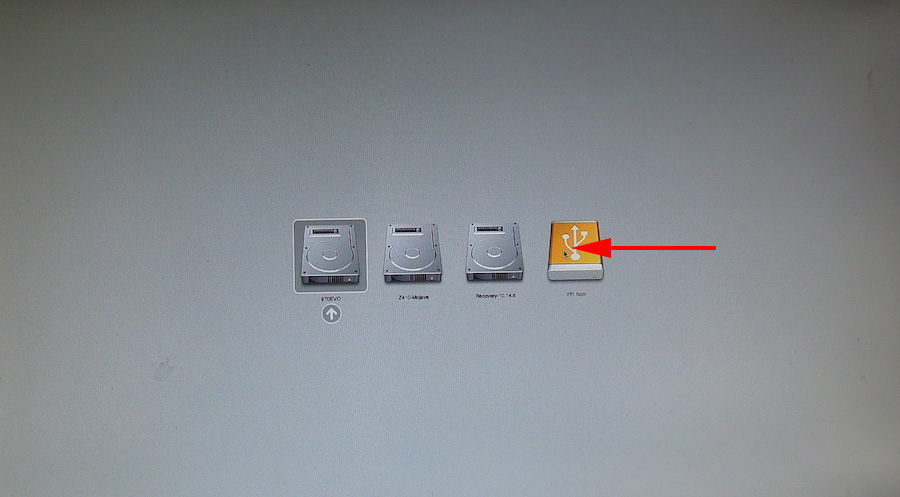 7. Started the "Efi Boot and then UNetbootin started up. 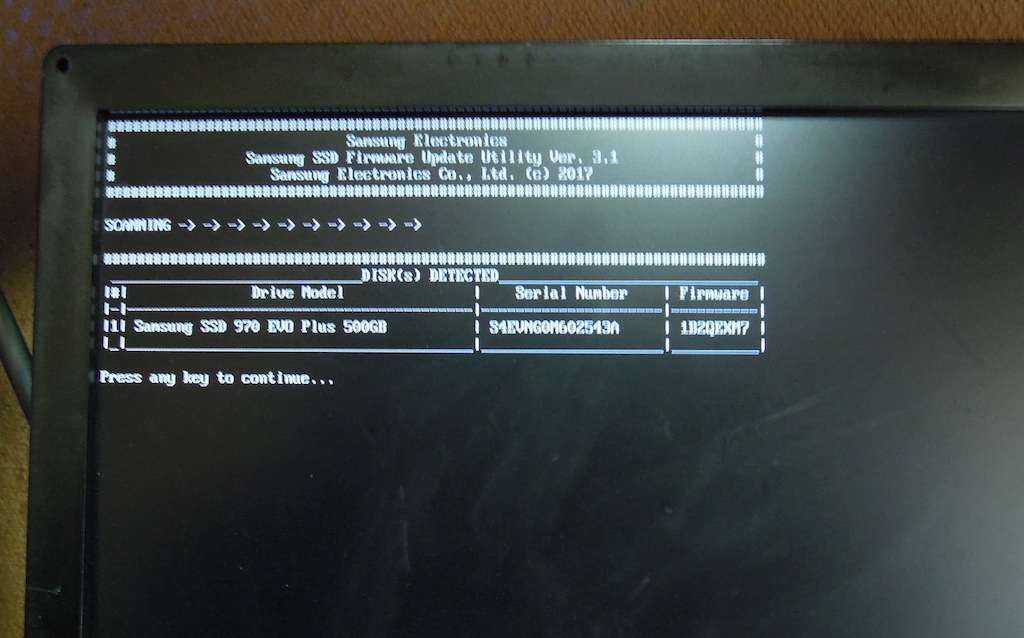 Another 20 seconds and it was done. 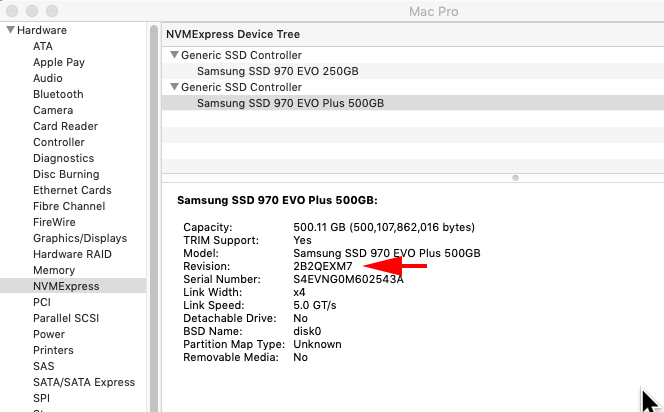 Everything is running perfectly, no issues at all.

I also have a 970 EVO installed and I have noticed that the 500gb 970 EVO Plus is definitely faster and doesn't slow down as much as caches fill up. 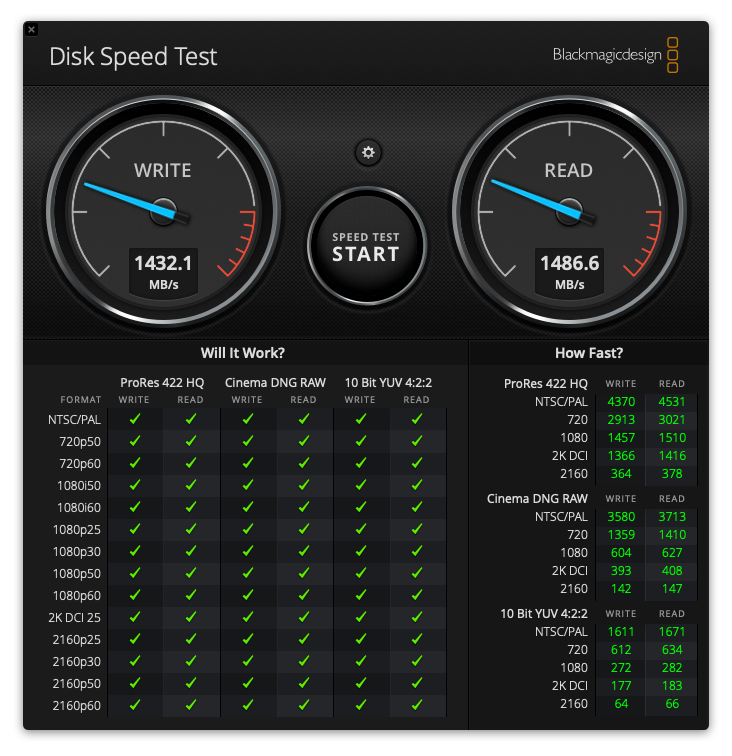 Of course not everyone has an EFI flashed GPU ( I have three ! ) and of course Samsung Magician probably works properly for other people but it is comforting for me to know that I could successfully upgrade my 970 EVO Plus via Mac OS .. sort of.

Hope this post is useful to anyone experiencing problems with Samsung Magician.

I'm having a real nightmare with my 2TB 970 Evo Plus NVMe.

Originally I formatted the NVMe as Mac OS journaled, but now after some failures to clone to it, it only gives me the APFS options.

So it would appear I have all the right specs, but it just fails to clone.

I really need to use all these slots and it is my work computer.

This NVMe problem is holding up my photography work and I am at my wits end after jumping through numerous hoops yesterday trying to upgrade from El Capitan and all sorts of obstacles presenting themselves to me. I'm hoping this is the final hurdle, but I don't know how to solve this issue.

I would be so appreciative if someone were able to help me figure this problem out. I really need to use the computer for work in the next 24hrs so this is pretty urgent to me.

When and from where did you buy your Samsung SSD with the incompatible firmware?

I live in a city in mid-Japan. Bought it here from a popular PC supply shop, the box was sealed and was sold as new. This week I told one of the senior staff ( in Japanese * ** ** * ) about the old firmware which was also problematic with WIN PCs too . . he just shrugged.
H

Any idea how to upgrade the firmware if I don't have windows installed?

Any idea how to upgrade the firmware if I don't have windows installed?
Click to expand...

You will have to format it to MS.DOS FAT in High Sierra or Mojave 's Disk utility first then you ( MAYBE ) can do the firmware upgrade via Mac OS . . . . .

I did the firmware upgrade via Mojave & a USB thumb drive but I DO have Windows 10 on a separate spinner HDD so I could easily format it to NTFS.

If you have the Paragon software ( Google " Paragon NTFS Mac OS" ) that will allow you to format the blade to NTFS then the technique in the link above should work. No guarantees though - read the link instructions carefully.

You could also install your PCIe M.2 adapter card with the blade formatted to MS DOS FAT in mac OS - in a friend's Win PC then a popup will allow you to format the blade to NTFS. Then you can use Samsung Magician to upgrade the firmware to 2B2QEXM7.

Whatever, that 1B2QEXM7 firmware is definitely problematic in both PCs & CMPs.

I always check the firmware of newly purchased Samsung blades in "About this Mac / System Report NVME Express/ "
prior to formatting in Mac OS.

One thing to remember about buying SSDs sight unseen, even if a box is seemingly 'sealed' all it takes for an enterprising person to convert a used part into a seemingly new in box part is to warm up their shrinkwrap / heat seal machine and make sure the original packaging has been carefully handled so as not to put wrinkles or creases in it that suggest it had been opened.

Generally the best way to tell if something is truly new is to check to see that the part has one of those hologrammed / embossed stickers over the opening slits for the packaging. If it's missing or seems altered then it's probably not NIB.
You must log in or register to reply here.
Share:
Facebook Twitter Reddit Email Link
Top Bottom