The 5G fixed wireless access solutions include "commercial form-factor" 5G home routers for both indoor and outdoor use, and Samsung said it used its own in-house technology to create the first commercial ASIC-based 5G modems and millimeter wave RFICs, "enabling the design of compact access units and CPEs." 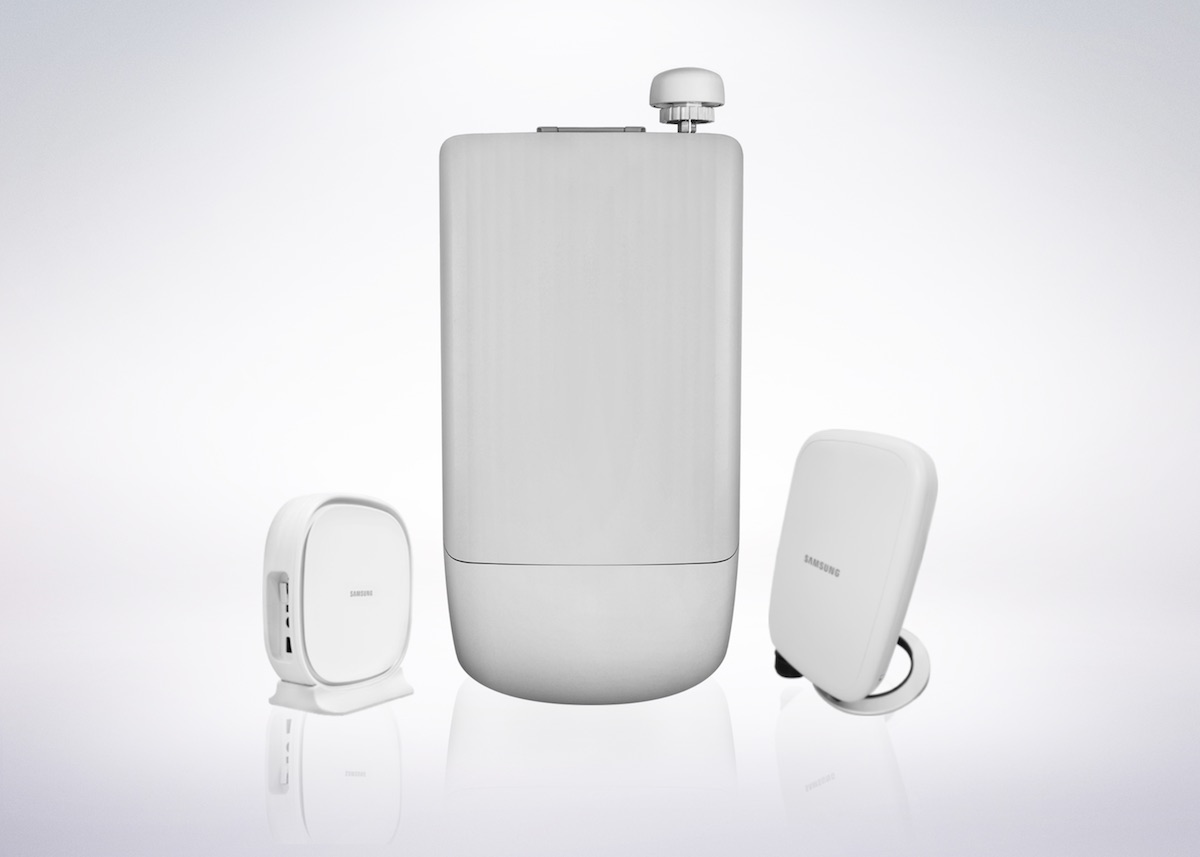 The solutions also include a 5G Radio Access Network, and Samsung mentioned that each product has "already been proven through months of field trials in multiple markets."

"At MWC 2018, Samsung plans to show how our homes, cars and cities can be transformed by building user-centric 5G networks" said Youngky Kim, President and Head of Networks Business at Samsung Electronics. "Since the beginning of our 5G research in 2012, Samsung stood firm among industry players to trust in the potentials of the millimeter wave spectrum. Our efforts towards advancing this technology will see the light this year, making 5G a reality and opening up new territories' possibilities for consumers, operators and enterprises."
Click to expand...

On February 23 the Federal Communications Commission approved Samsung's 5G access units, which the company said makes the devices the first 5G millimeter wave products in the world to be granted government regulatory approval. At MWC 2018, Samsung also plans to present its first 5G New Radio products supporting spectrum bands both below and above 6GHz, which will be compliant with the 3rd Generation Partnership Project's Release 15 plan, delivering the first set of 5G standards for the industry.

All of Samsung's product announcements today follow an announcement earlier in the year that confirmed the company will be providing Verizon with commercial 5G home routers and other devices to help fuel the carrier's 5G network rollout. This is said to begin in Sacramento, California in the second half of 2018 and expand from there.

Besides Verizon, most other carriers have announced tests or plans to introduce a 5G network in the near future, including AT&T and T-Mobile. Late in January, a new report suggested that the United States federal government was looking into building a centralized 5G wireless network across the country, which would fundamentally alter the way that communications networks are implemented by having the government "rent access to carriers."

For Apple, the first iPhone that could support 5G is believed to be coming through a partnership between Apple and Intel.

5G is the future for mobile communication, that's for sure. It will change everything so I'm exited to see this development from Samsung. Just imagine, speeds from, 1 towards 10Gbps (theoretical). Bring it on!
Reactions: blake2

Maybe they can supplant Qualcomm.
N

No real compelling reason to upgrade phones recently- but when 5G is active and the phones support it - Boom! That's time for a new phone!

now i see it said:
No real compelling reason to upgrade phones recently- but when 5G is active and the phones support it - Boom! That's time for a new phone!
Click to expand...

You will have to wait a long time, purhaps until 2021 if you were to wait for a 5G iPhone.

This article is about 5G Fixed Wireless Access, not mobile. Samsung is talking to both Verizon and ATT about using Samsung's 5G Modem and Router as part of a broadband service. You could be getting home 5G broadband from Verizon or ATT with Samsung 5G products instead of existing wired solutions from Comcast Xfinity, Google fiber, etc.

cjake said:
This article is about 5G Fixed Wireless Access, not mobile. Samsung is talking to both Verizon and ATT about using Samsung's 5G Modem and Router as part of a broadband service. You could be getting home 5G broadband from Verizon or ATT with Samsung 5G products instead of existing wired solutions from Comcast Xfinity, Google fiber, etc.
Click to expand...

Verizon lawyers have to amend Verizon's LMDS license before Verizon could serve Mobile 5G over them.

Game changer!!! With this technology rural America can be set free from frequently only having one internet provider in their area. They will also have the same internet speed and performance as the rest of big city America. I also see this new competition bringing the heat on Comcast, Cox, etc, which should drive down prices and/or improving the performance of their networks.

"supporting spectrum bands both below and above 6GHz"

all i want is some MNO to run its 40W radio and ruining my 5GHz indoor WiFi.
there are a ton of stuff out there that supports this spectrum.
we'll see what 3.5GHz will bring with TDD.
as for mm wave, kind of tricky though as 26GHz travels totally in LoS only. so if you see it, you've got it, otherwise game over. so this won't be no good for anything else than fixed installations with static clients.

5G is right now nothing more than a desperate next try for both the vendors and the telecom operators to make another big cash-in. telecoms became utility providers as the services were long decoupled from the network. all the use cases they claim to have for 5G are pipe dreams. autonomous cars that _depend_ on the mobile network? industrial automation in EMC polluted zones like factories over a totally unreliable wireless network?

the highly praised EMBB is probably the most tangible out of them all, but there are no real applications available for the masses that would require more bw than any LTE (or LTE-A) network can deliver.

in most cases massive mimo is referred as 5G in the news.

FWA may help in rural areas, if operators don't want to charge "mobile" rates for it.

to be honest, they can't be called as "telecom operator" anymore, as telecommunication is done OTT long time ago. OTTs managed to make commodity out of the Telcos' bread & butter, the voice services and messaging.
there won't be much time they will be forced to sell flat subscriptions only by the market.
just imagine how much lobby money went into the counter-net-neutrality game...
[doublepost=1519679253][/doublepost]

dragje said:
Just imagine, speeds from, 1 towards 10Gbps (theoretical). Bring it on!
Click to expand...

speed is not just about the last mile.

swm said:
speed is not just about the last mile.
Click to expand...