My name's Luke, I'm a one-man Indie Dev just launching my first game on iOS and Android! It's been over a year in development, and is entirely self-funded. 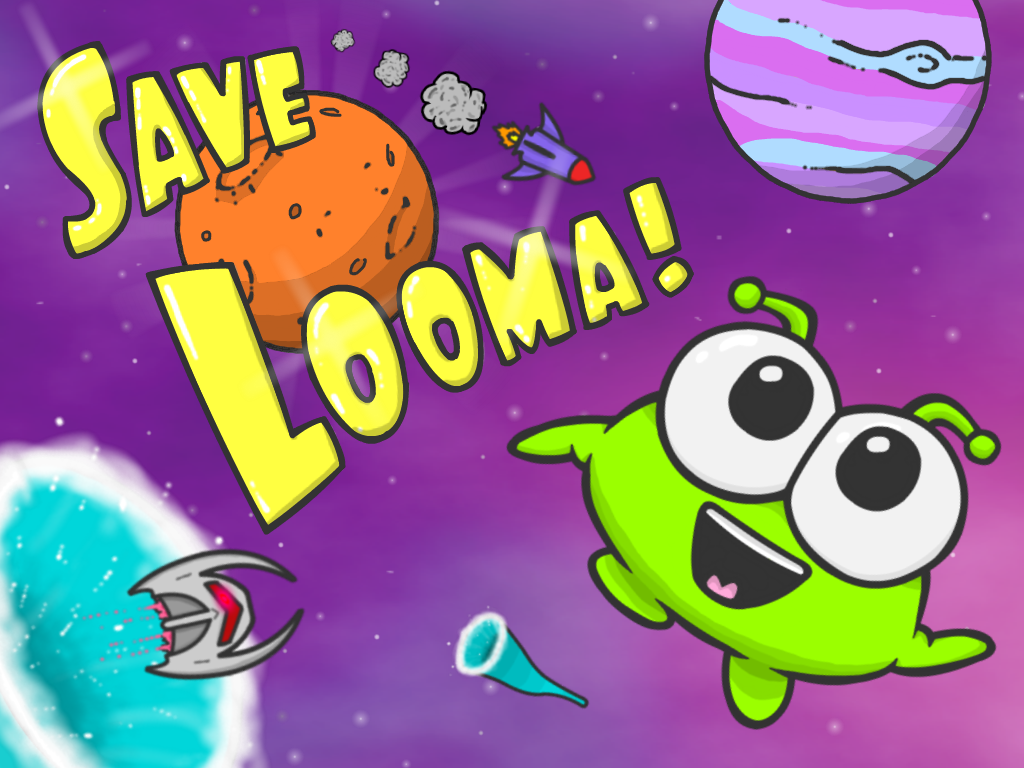 Save Looma is a cute, tile-based puzzle game where you divert Looma's course using the gravity of Asteroids and other space objects. Guide Looma through each level, collecting stars to unlock other Galaxies! Encounter Wormholes, Gas Giants, Minefields, Portals, Holopods, and more. Each Galaxy introduces new mechanics, challenges and dangers Can you Save Looma?

What makes it special? I'm not aware of any other game with similar mechanics to this. Instead of controlling the character directly, the player has to strategically place objects that will interact with him. Tile-based gravity is a first, which takes complex Astrophysics and boils it down to simple rules that can make sense even for children, promoting logical thinking and spatial reasoning in a fun manner for all ages.

The game launches on Monday! It's free to download, so please give it a bash and rate it on the App Store if you like it 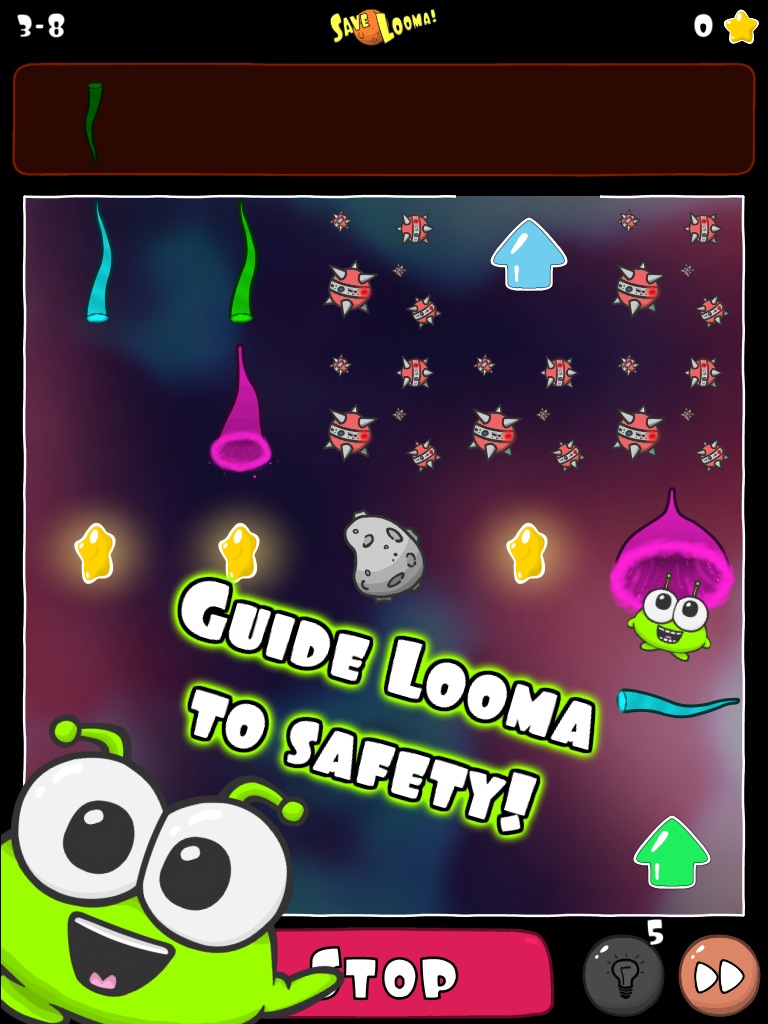 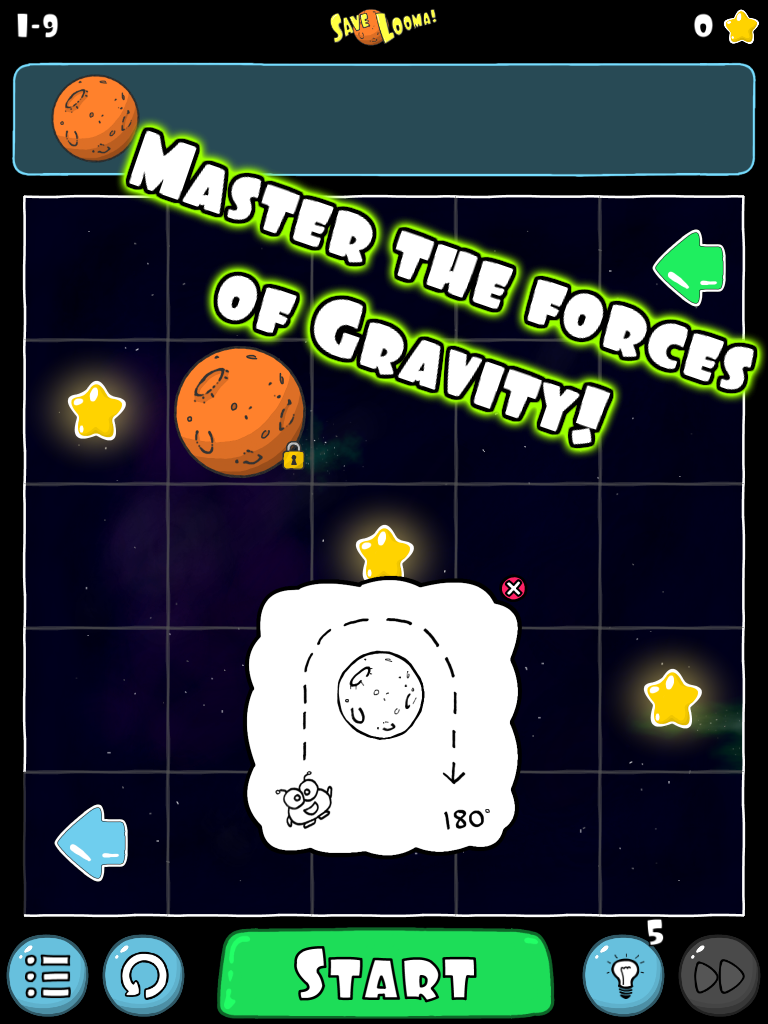 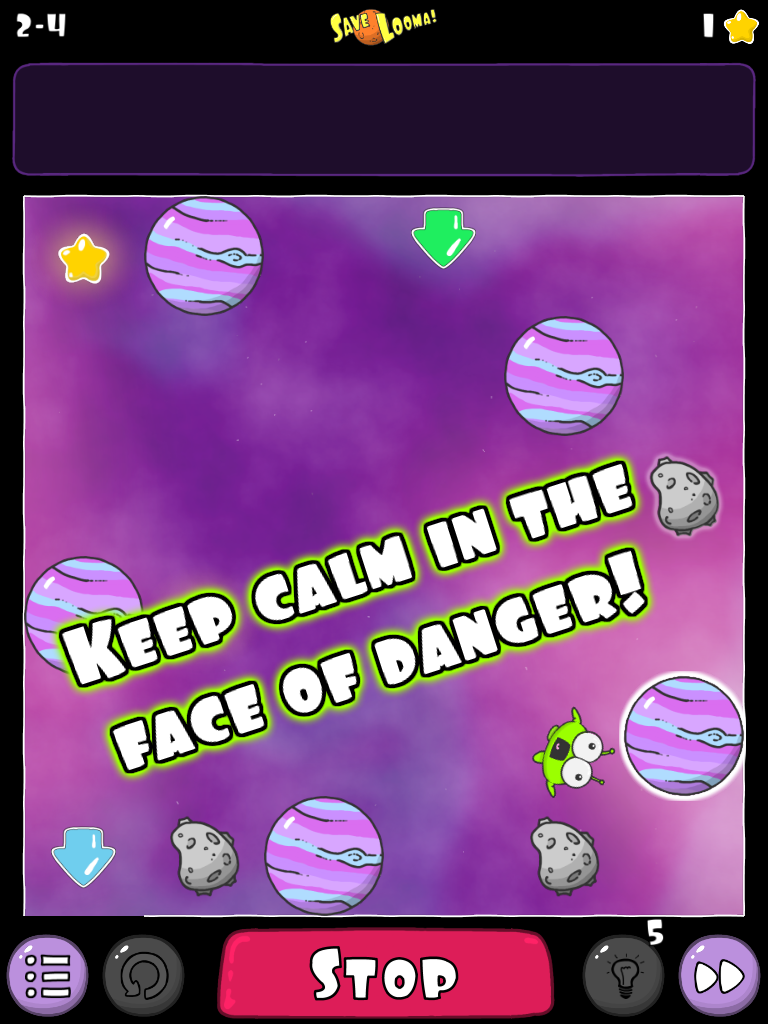 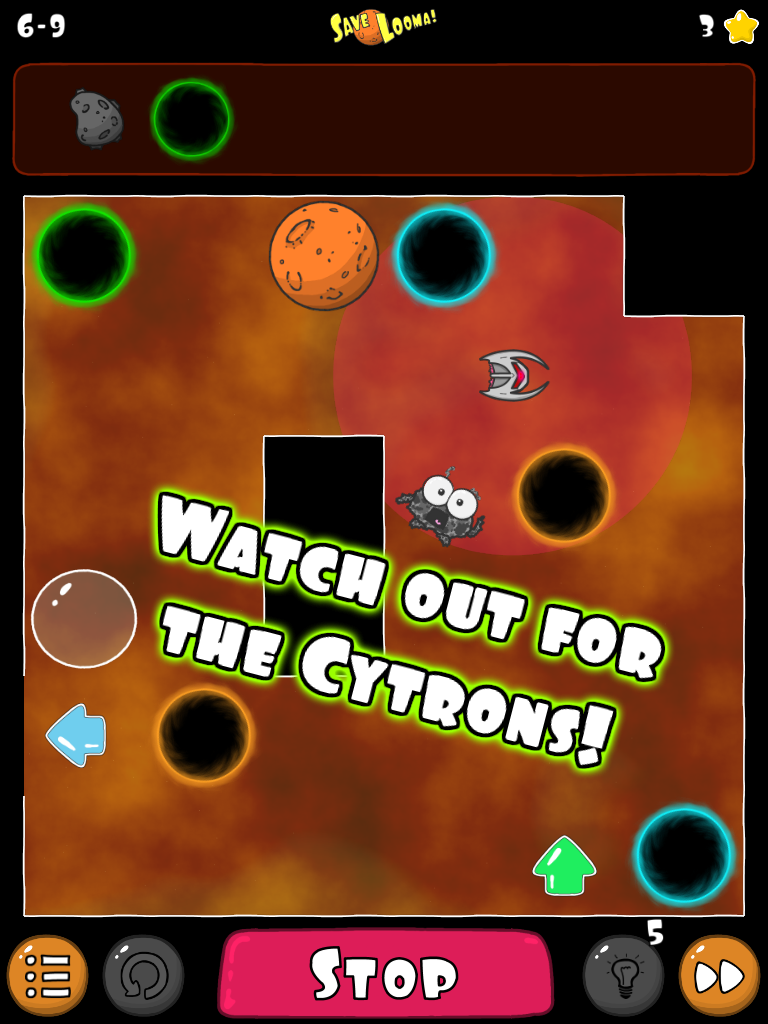 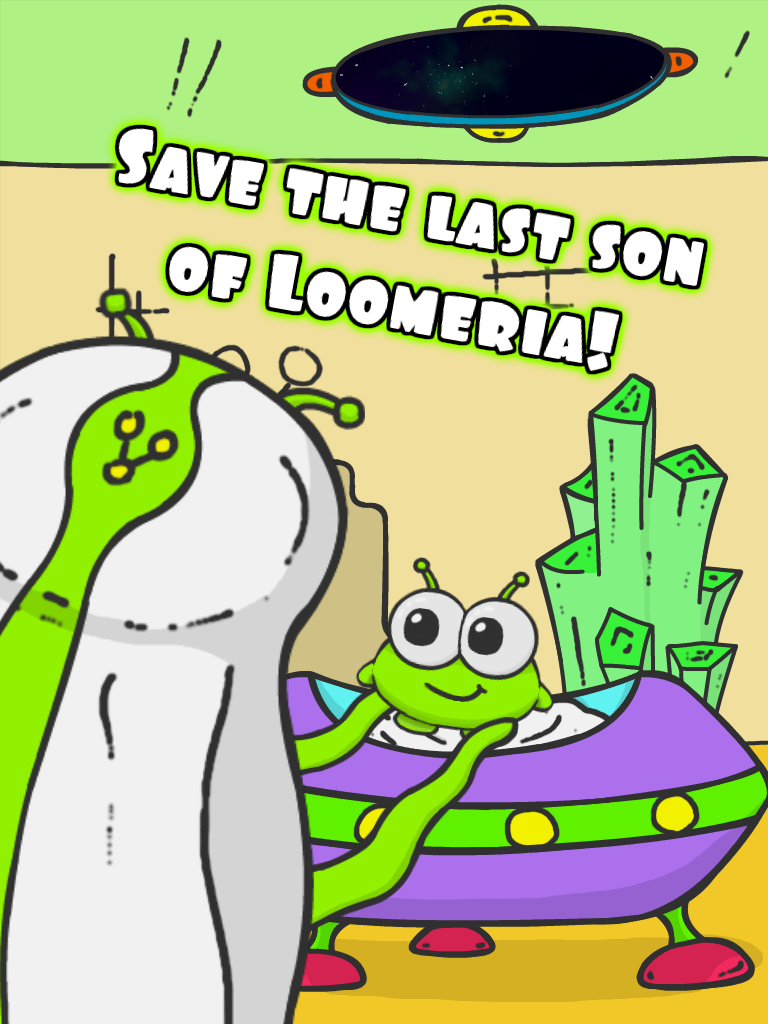 Any questions or feedback, let me know!

... and today it's released on the App Stores!

The responses to Looma have been overwhelmingly positive, (so far 100% of the reviews are 5 stars!), but I need more people to know about the game before it will get into the charts... if you like it, please rate and help spread the word!

This fixes the Rate button for devices running iOS 7.

If you're enjoying Looma, please leave a rating, it really would help a lot!

Today I launched the first major update for Save Looma!

Version 1.1 introduces a brand new scoring system, Leaderboards and Achievements... Check it out, and try to best your friends!

Thanks for all your support - don't forget to rate and share with your friends!

This update makes some levels in The Fartiust Cluster more intuitive, fixes the GameCenter Total Score Leaderboard, and adds a new Achievement: "The Gold Doesn't Bother Me Anyway"...

It's been a long time coming, but Save Looma has also launched today on Windows Phone! That's right, you can now get Looma on a Lumia!

... and please tell all your Microsoft-loving friends about it!

- Per-level, per-galaxy and overall high scores added. Keep track of your awesomeness even when offline!
- All adverts have been removed! As a thank you, anyone who purchased "Remove All Ads" / "Looma Lover Bundle" will receive 10 free hints!
- The first 20 levels are now free, the remaining 100 levels can be unlocked by purchasing the full game.