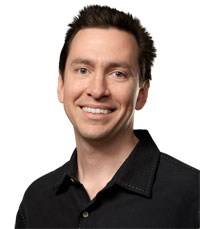 Earlier this evening, Apple announced a major change up in their executive management. Most notably, Apple Senior Vice President of iOS Software Scott Forstall will be leaving. Forstall moved over to an advisory role effective immediately, and will ultimately depart Apple in 2013.

As Senior Vice President of iOS Software, Scott Forstall has been a prominent public figure at Apple. He was originally recruited to NeXT, Inc. after college and came to Apple with Steve Jobs after Apple's acquisition of NeXT in 1996. He has been on stage numerous times during Apple keynotes to demo the latest iOS features. Forstall was even profiled as Apple's CEO-in-Waiting back in January. That article, however, was a not always flattering look at the executive who reportedly had many clashes with others at Apple.

More recently, there was described to be an internal political divide in Apple about the use of skeuomorphism, the inclusion of certain ornamental elements in a product that are carried over from previous tools addressing the same task for which the elements were required for functionality.

According to the report, Apple's iOS chief Scott Forstall has long been a proponent of incorporating skeuomorphic features in the company's software, with Steve Jobs having supported and even originated that design direction for Apple's products. But others such as hardware guru Jonathan Ive find the inclusion of such features distasteful, and Apple's designers have reportedly been divided into camps over which direction to take Apple's products.
Click to expand...

In light of the shakeup, Jonathan Ive is now taking over Apple's Human Interface teams.

DaringFireball's John Gruber believes that Forstall was forced out of Apple:

Forstall is not walking away; he was pushed. Potential factors that worked against Forstall: his design taste, engineering management, abrasive style, and the whole iOS 6 Maps thing. I also wonder how much Forstall was effectively protected by his close relationship with Steve Jobs -- protection which, obviously, no longer exists.
Click to expand...

Inside Apple author Adam Lashinsky agrees with that sentiment and also cites the Apple Maps issue as a reason for his demise:

I also heard that Forstall refused to sign the letter apologizing for the mapping fiasco, sealing his fate at Apple.
Click to expand...

Lashinsky is referring to a public apology posted by Apple CEO Tim Cook about iOS 6's Maps. The Map app in iOS 6 replaced Google Maps with Apple's own proprietary solution. After a significant amount of criticism after iOS 6's launch, Cook wrote an open letter apologizing to customers about not meeting expectations.

Update: The Wall Street Journal confirms a similar story with their sources.

The article also reiterates that Forstall clashed with others at Apple. One source even said he was difficult to work with and "never fit into the culture of Apple".

A senior Apple employee who asked not to be named said Mr. Forstall had also incurred the ire of other executives after inserting himself into product development that went beyond his role at the company. One person in touch with Apple executives said the mood of people at the company was largely positive about Mr. Forstall's departure.
Click to expand...

I was pretty shocked by this announcement, but in hindsight it really isn't that surprising, nonetheless I'll be buying an Andriod device after using iPhone for 4 years :S thanks Forstall!
Comment

Skeumorphism is a good thing: It makes you appreciate good design
Comment
H

We won't miss ya!

Sir Ive, we are all excited for what you'll have for us in iOS 7
Comment

I don't think Steve would have apologized about Maps, either.

I think he would have fiercely defended it and stated why it's way far beyond anything google maps was at its inception and that it's only going to get better.

My guess is Forstall felt the same way.

I actually liked his keynotes.

Besides from that, sure he had issues with the UI, but what about the code that us under the UI. Maybe they could keep him for the coding, and have Ive do the UI design? A waste of time was how the volume slider and time slider change reflection when the phone is moved.

He also seemed overly excited about small things too.
Comment

gmanist1000 said:
Who thinks Google hires him?
Click to expand...

Ugh. No. There will be mass exodus from Android after skeumorphic widgets, launcher shelf etc gets released in Android 5.0.
Comment

gmanist1000 said:
Who thinks Google hires him?
Click to expand...

My guess is he still has a non-compete in place that would prevent him from working in the same field for a direct competitor for a while. He'll probably do something more like Tony Fadell. Work on something completely different for a while like Nest.

Steve Jobs would have fired him sooner
Comment
R

Hopefully skeuomorphism gets kicked to the curb.
Comment
B

Now they can get rid of the crap colour changing status bar in ios 6.
Comment
S

Finally, the vomit-tastic mess that is Game Center. / podcasts can be rectified...

I am definitely happy that John Browett left. But Forstall, not so much. Yes, I do hate the old fashioned calendar, but how do we know as the public that Forstall hadn't been part of more than just the design of those specific apps?

I feel like forcing someone out for doing a job that Steve Jobs wanted them to do is not something that Apple should do.

sbrhwkp3 said:
I don't think Steve would have apologized about Maps, either.
Click to expand...

He certainly would have tried that. And then he would have apologised after it made things worse.

sphoenix said:
Steve Jobs would have fired him sooner
Click to expand...

Steve sided with Scott. Steve supported skeuomorphism. If anything, Scott would still have his Job is Steve was here.
Comment
P

Today I learned that there's a word for what I absolutely HATED about some computer UI design: Skeuomorphic. That this scourge can be identified by name, and that a large proponent of it at Apple has been fired, gives me great optimism about the future of Apple software.

Like most things, a tiny bit of it is OK (like having a little picture of a metronome in the metronome button in Logic), but it's gotten way out of hand (not so much in Logic though).
Comment
K

hanksmith said:
We won't miss ya!

Sir Ive, we are all excited for what you'll have for us in iOS 7
Click to expand...

Whhaaatt? you can't be serious. What makes you think Ive can do make a better ios? Did he have any background in that area?
Comment
J

Let's not forget that Steve Jobs was forced out of Apple before too.

Sorry, but the Maps issue is something to blame on a quality control process drive by the Project Managers, not a single person.

There should be quality control points in productions and reports.
Comment
C

hanksmith said:
We won't miss ya!

Sir Ive, we are all excited for what you'll have for us in iOS 7
Click to expand...

Realistically iOS 8 before we see any major changes.
Comment

I actually liked him. He was weird in the keynotes, but you could really tell that he loved the products.
Comment