Apple today seeded the second betas of iOS 15 and iPadOS 15 to developers for testing, and one notable change is that SharePlay has now been enabled in FaceTime, allowing for two users on the latest beta to share their screens to view apps together and more. 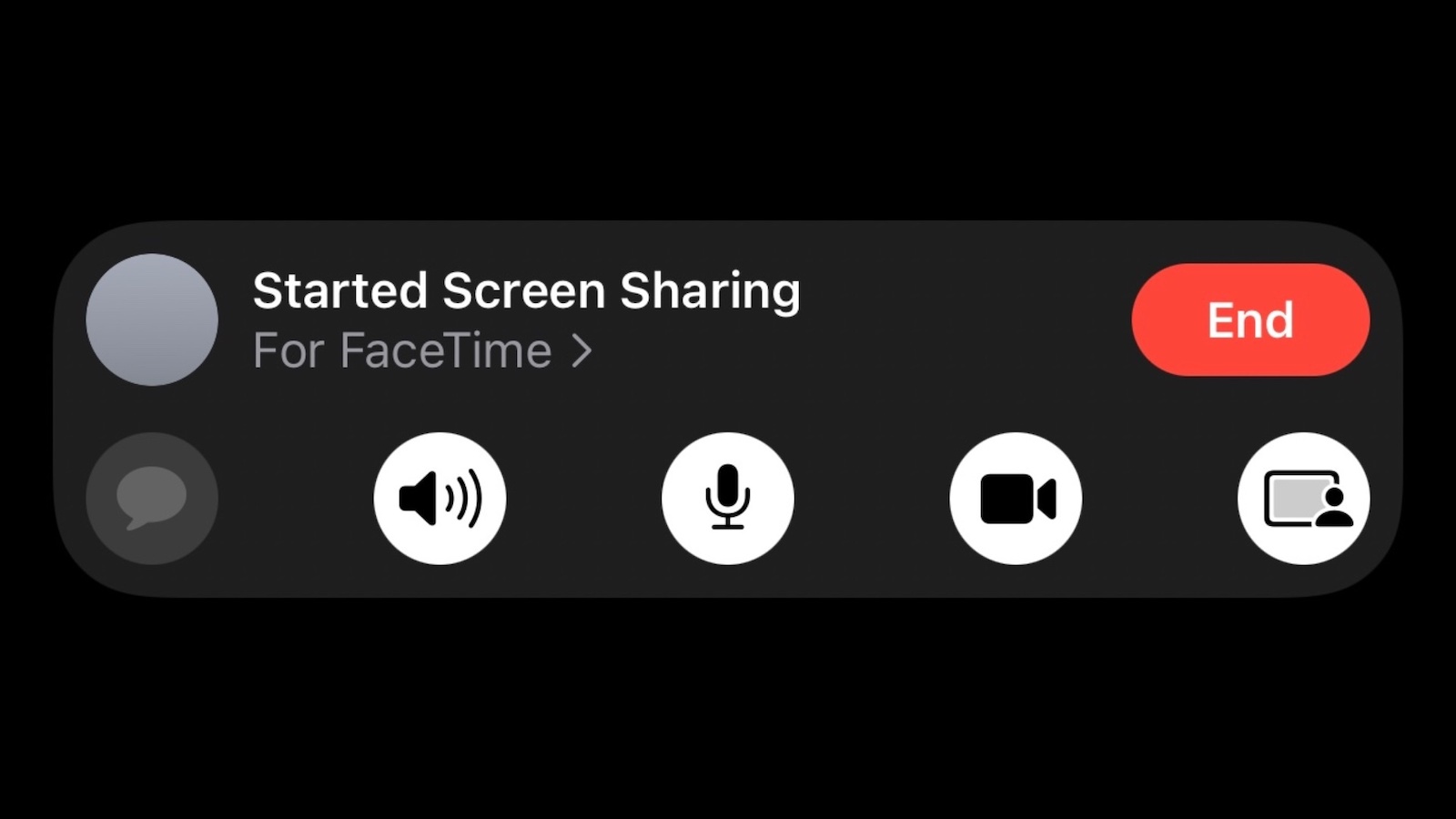 SharePlay allows users to share experiences while connecting with friends and family on FaceTime, such as watching an Apple TV+ show in sync. SharePlay is functional in the Apple TV and Apple Music apps as of the second beta of iOS 15. 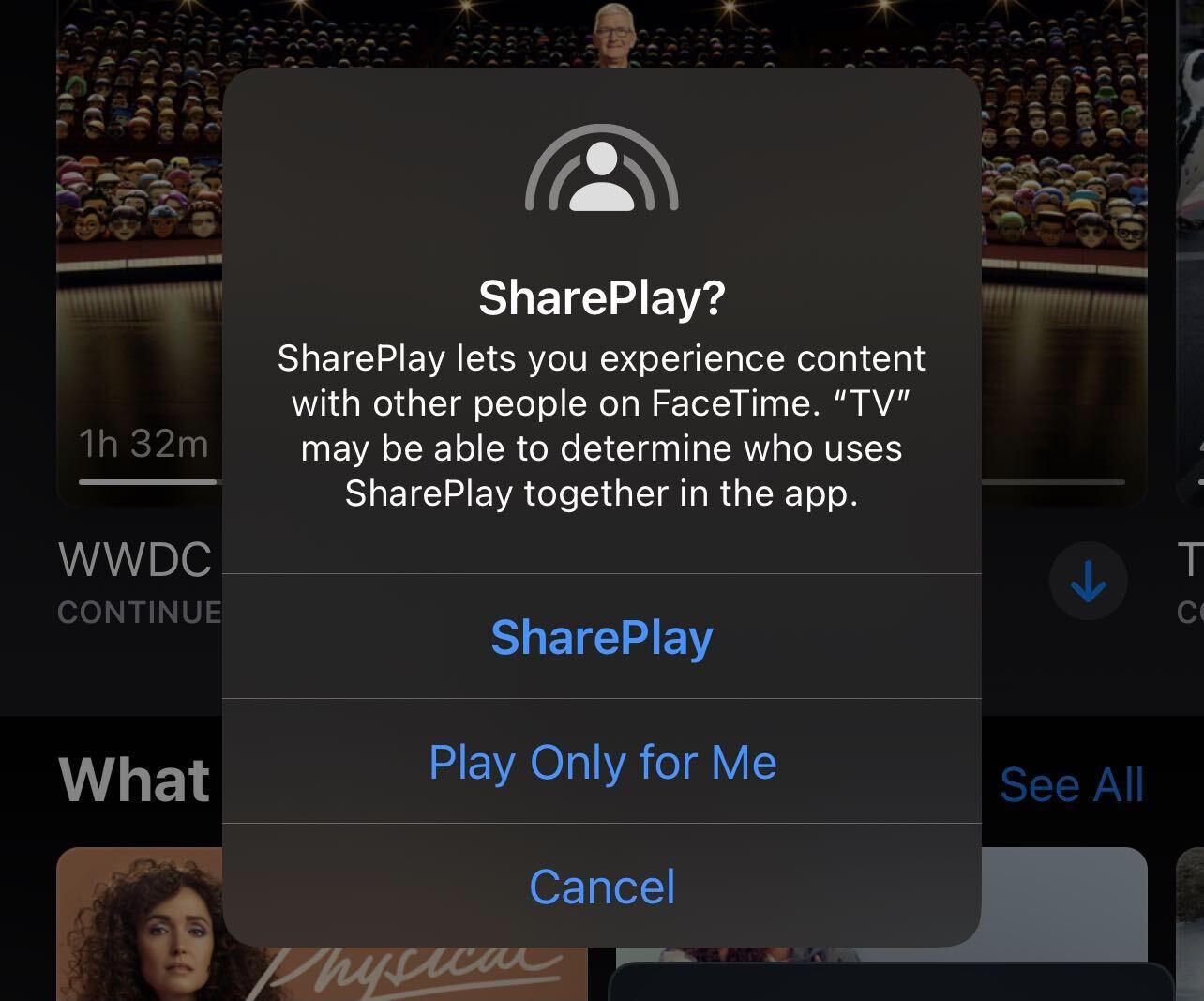 According to Jordi Bruin, the developer of a new Navi app that will bring subtitles and translation to FaceTime calls, Apple has also started accepting apps that use the GroupActivities framework through App Store Connect, meaning third-party apps offering SharePlay integration will likely be available in beta through TestFlight soon.


https://twitter.com/i/web/status/1408170785324339206
As a developer beta, iOS 15 is officially only available to those enrolled in the Apple Developer Program, which costs $99 per year. A free public beta will be available in July, and the software update will be released in the fall.

Very cool that third party apps will be able to test using TestFlight during beta. Has that ever happened before? I am drawing a blank.

Apple_Robert said:
I am drawing a blank.
Click to expand...

Shareplay sounds awesome. I sometimes get questions from clients about how to do something in an app. I usually just do a screenshare from a desktop/laptop and run the app in the simulator and show them. Now, I can just have them share their screen and I can walk them through or show my screen and show them without having to get to a computer.

I hope there are some scaling options for when someone shares from iPad to iPhone.
Reactions: michaelnugent and Think|Different

Can't wait to find out what developers are going to come up with.

I think this is going to be really big.
Reactions: michaelnugent, matthew12, AmazeSE and 2 others

Rambo said SharePlay was already in the 1st beta (the api, just no app for it)
M

Eager to see his video on it.
Reactions: michaelnugent, TimFL1 and amartinez1660

This looks like a great feature, though there will always be a place for alternatives. Sometimes the value of a screen sharing tool depends mostly on whether or not it cares about copyright.
G

If you drew a blank then would anyone be able to see it since it is blank?
Reactions: michaelnugent and LFC2020
I

My wife and I are apart for about 1-2 months out of the year. This will be a PERFECT way to connect when we're apart – I'm actually super excited about it.
H

Cool feature. Too bad this only works in FaceTime. Outside the US, features limited to Apple platforms are not that big.

I also notice the wording of features and descriptions get more and more convoluted. “TV may be able to determine who uses SharePlay together in the app.” I’m not sure average users know what this means.
Reactions: brucemr
D

Has anyone tried it yet?

Theyayarealivin said:
Can't wait to find out what developers are going to come up with.

I think this what people are missing. Apple showed their take on what it can do today, but shareplay itself is an API…one that will become a cornerstone of the crazy AR future Apple is clearly building ?
0

Apple_Robert said:
Very cool that third party apps will be able to test using TestFlight during beta. Has that ever happened before? I am drawing a blank.
Click to expand...

Is drawing a blank the three-tap function on an Apple Pencil, that hidden feature between drawing and erasing?
Reactions: Apple_Robert

WildSky said:
Is drawing a blank the three-tap function on an Apple Pencil, that hidden feature between drawing and erasing?
Click to expand...