Shares of Energous, a company developing long-range RF-based charging technology under the name "WattUp," nearly doubled today, apparently driven by a Bloomberg report this morning indicating that Apple has been working on a MagSafe battery pack for its iPhone 12 lineup. The story was kicked off earlier this week when MacRumors contributor Steve Moser discovered a non-specific reference to an iPhone "battery pack" in the latest beta of iOS 14.5. 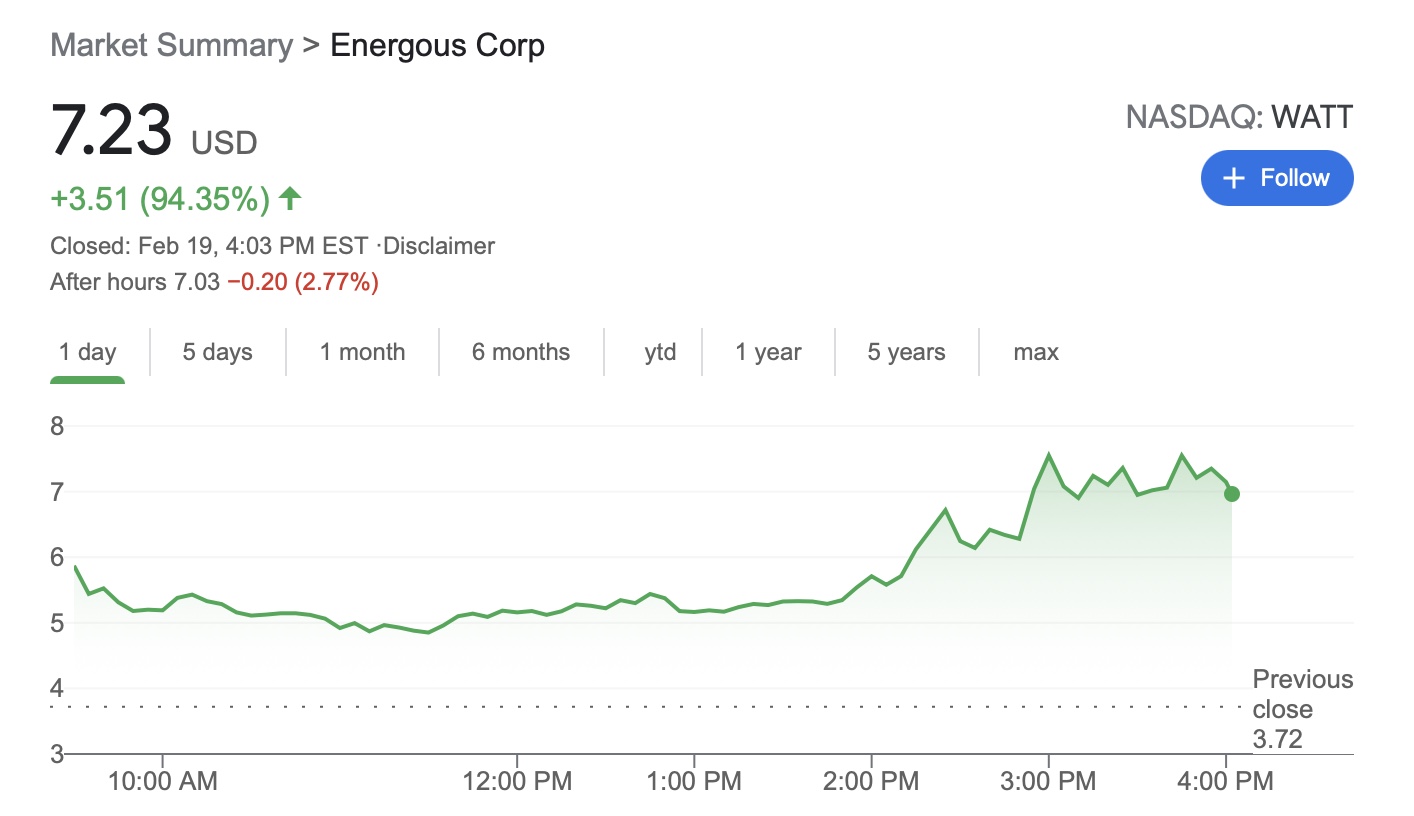 According to a report this morning from CNA Finance, investors are betting on new rumors that Energous and Apple are working together on wireless charging, based on a "previously overlooked SEC filing." The report has been picked up by several financial news outlets, including The Street and Seeking Alpha. 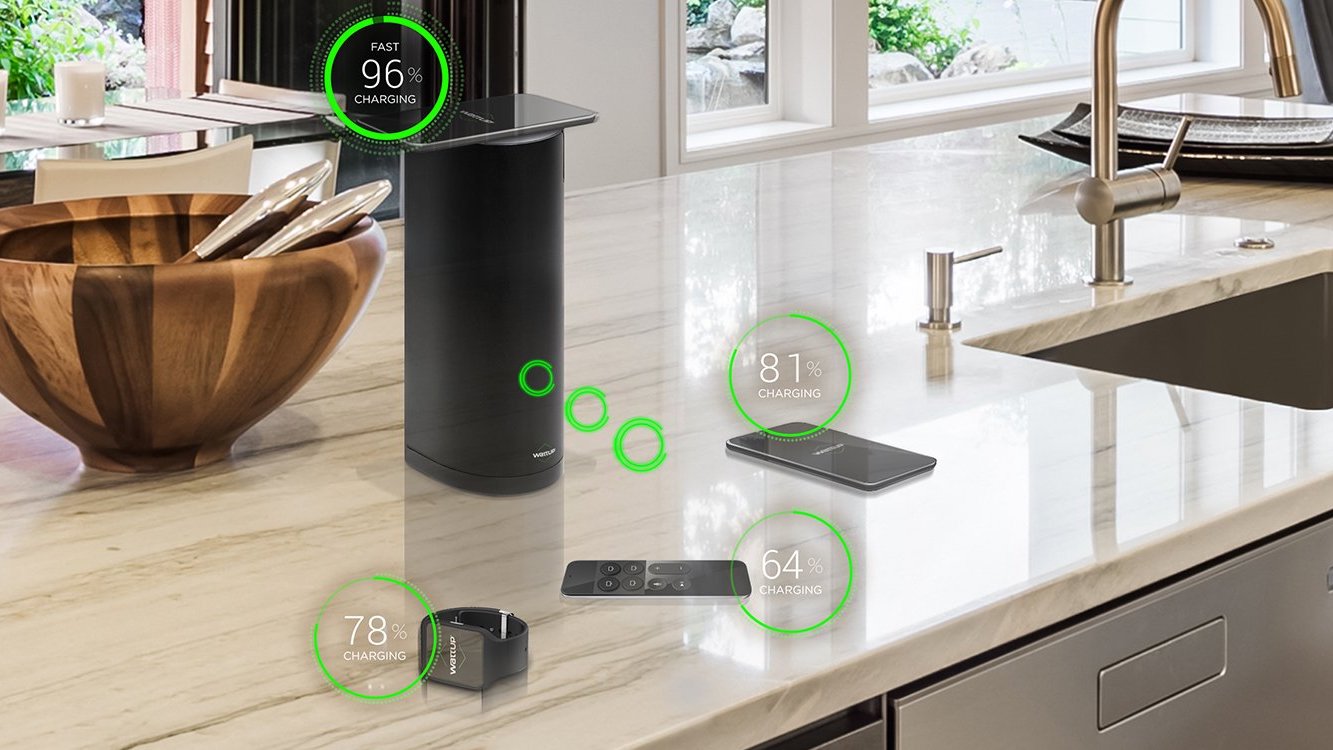 Setting aside the fact that Apple's inductive MagSafe wireless charging relies on different technology than the RF system being developed by Energous, there's another issue with today's rumor, and that's that the apparent filings in question which mention "Apple compliance testing" for WattUp technology were filed back in 2013 and 2014 and were widely covered in the media in 2016. The last time an Energous filing with the SEC mentioned Apple was in December 2014.

There was a flurry of interest in Energous back in 2016 and 2017 amid rumors of an Apple partnership, but that speculation quickly died down and things have been essentially silent for several years now. Energous has continued to develop its long-range charging technology, working with Dialog Semiconductor on transmitter and receiver hardware but so far deploying it only in a few niche applications such as equine health monitoring.

sorry we were 4 posts in without someone saying it.
Reactions: StoveToastRandy, amartinez1660, k1121j and 7 others

Sounds like a similar situation with Zoom teleconference and people were jumping and purchasing into the wrong stock symbol. Not even sure how a MagSafe battery case equate to Long-Range Wireless Charging, its two different things, sounds like a pump and dump situation.
Reactions: Stevez67, Tenkaykev and Razorpit
N

Still waiting on a LiquidMetal iPhone rear shell vice the glass we have today, think or a LiquidMetal iPad Air 4 case for an iPhone with no visible antenna lines/breaks and just one smooth continuous rear shell.
Reactions: Razorpit
C

wasn't there talk years ago of the iMacs charging keyboards & Magic Mouse through the foot ???

calderone said:
This market is disconnected from reality.
Click to expand...

This society is disconnected from reality. The stock market is just a symptom. JMO.
Reactions: amartinez1660, Oblivious.Robot, Razorpit and 6 others

T2 comes to mind with that one... and since we now have thousands (millions?) of programmed AI.... and Starlink...... :O
Reactions: orbital~debris
J

Wall Street going mad ... what else is new?
Reactions: Razorpit and orbital~debris
A

Hur hur... Stonks go brrrr... Let’s all buy shares in a company that has no real product and no chance of making anything that will get EU or FCC approval along with too many unanswered questions over long-term exposure effects and health. There’s my DD for all you smooth brained apes. But we all know, ape still buy rocket banana and hold on with diamond hands until it dips onto the Moon on its way to Mars. If y’all keep buying we’ll get there.

Long range wireless charging? And I thought 5G was going to give me cancer!
Reactions: Razorpit
S

But titanium stocks. They will be going up soon.
Reactions: rafark, ilikewhey and aesc80

I think if MR is going to report on stocks -- given our current climate -- they should consider disclosing whether they hold shares of companies they report on.
Reactions: Sincci, Stevez67, Solomani and 1 other person

I LIKE THE STOCK!!!
Reactions: TheYayAreaLiving 🎗, myscrnnm, Solomani and 1 other person

I really hope the next civilization doesn’t invent stock markets. Easily one of the most counter-productive forces in modern history.
Reactions: Stevez67, Thrutheroofnunderground and justperry
S