Apple today updated its Shazam app with Split View support for the iPad, allowing the Shazam app to be used alongside another app in a multitasking view. 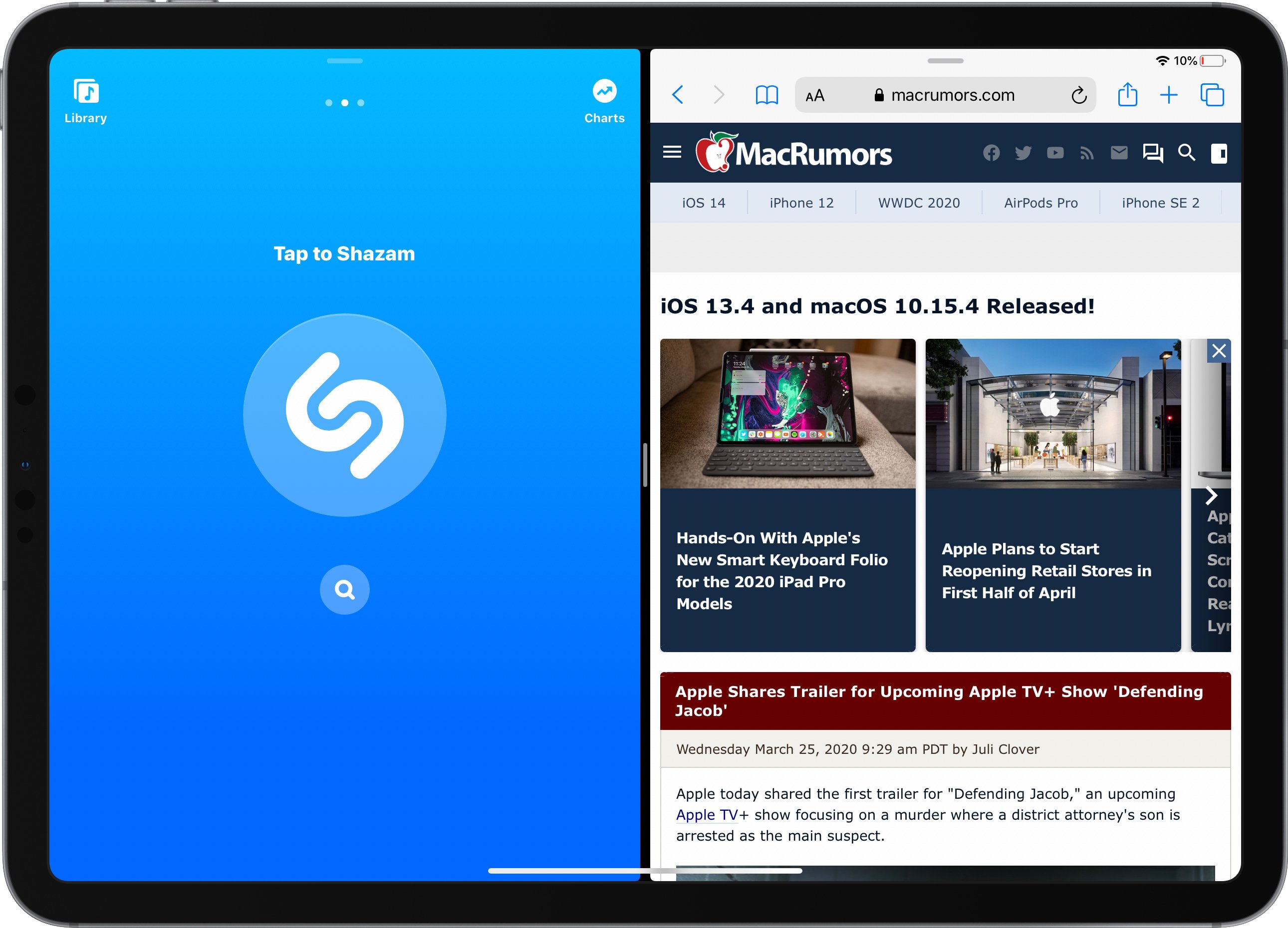 Using Shazam in Split View can be done by dragging the app to the left or right edge of an already open app to enter the Split View mode.

Today's Shazam update also allows users to delete Shazams by swiping on them in the list view that's available in the Library section of the app.

Shazam for iOS has been owned by Apple since 2018, and Apple has made multiple improvements to the app in that time, including making it free to download and use.

Shazam is available on iPhone and iPad, plus its functionality is built into Siri and powers the feature that lets Siri identify songs that are playing when asked.

That's worthy of an article?

I didn't think Shazam was an app that I may use all that often that would benefit from a split-screen. If I'm watching a TV commercial and I hear a song I like, then I whip the iPhone to try to catch it. In practice, that works about 50% of the time.
Comment

Shouldn't this article be asking why it took apple so long to add split view to an app they own, rather than just copy and pasting their press release?
Reactions: twocents and calstanford
Comment

I hate how apps have to explicitly support it. It should ‘just work’
Reactions: TheDemogordon, iModFrenzy, calstanford and 2 others
Comment
M

What a ridiculous way to waste half your screen, especially when you can just ask Siri
Reactions: calstanford and Icaras
Comment
N

mike... said:
What a ridiculous way to waste half your screen, especially when you can just ask Siri
Click to expand...

Presumably the POINT of this exercise is not to launch Shazam and catch a song, it's when you want to go through your Shazam's and do something about each song you have noted in the past. Decide whether to buy it, look up if you have it in your library already, etc.
Ie you want to compare the Shazam list against some other app in the second window.

mike... said:
What a ridiculous way to waste half your screen, especially when you can just ask Siri
Click to expand...

aknabi said:
Wish I could override power button double press from ApplePay to Shazam (helpful when in da club)
Click to expand...