As it announced in its Machine Learning Journal, Apple is attending the 2018 Conference on Empirical Methods in Natural Language Processing in Brussels, Belgium between today and Sunday, November 4. 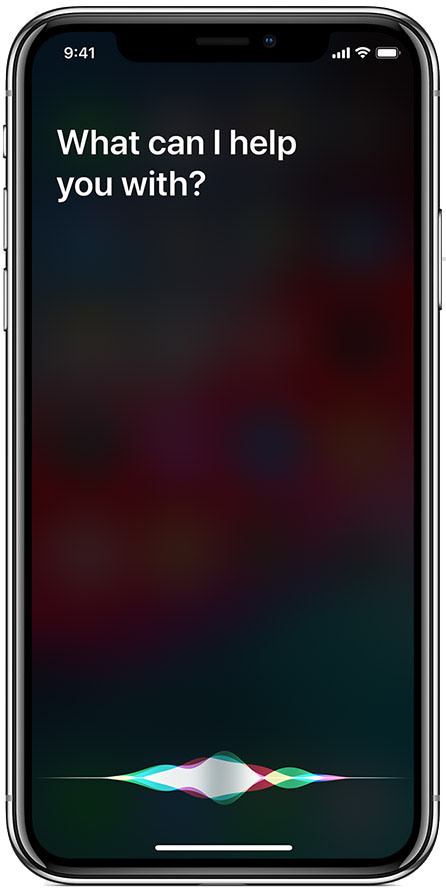 Apple has set up a booth staffed with natural language processing experts from its Siri team and encourages conference attendees to stop by.

Apple has also highlighted an opening for a Siri-related software engineering position within the company, based out of Cambridge in the United Kingdom, where it has a research and development office focused on Siri.

"The launch of Siri was a defining moment in the history of Artificial Intelligence," the job description states. "Hundreds of millions of people now use Siri to send a message, play their favourite song or even take a selfie."

Earlier this year, The Information published an in-depth look at how Siri has transitioned from one of Apple's most promising technologies into a "major problem" for the company. The report cited a dozen former Apple employees who reflected on Siri's "squandered lead" over rivals Amazon Alexa and Google Assistant.

Apple responded to the report with a statement claiming that Siri is "the world's most popular voice assistant," and touted "significant advances" to the digital assistant's performance, scalability, and reliability.

We have made significant advances in Siri performance, scalability and reliability and have applied the latest machine learning techniques to create a more natural voice and more proactive features. We continue to invest deeply in machine learning and artificial intelligence to continually improve the quality of answers Siri provides and the breadth of questions Siri can respond to.
Click to expand...

Apple has steadily improved Siri with features such as Shortcuts and customized language models that improve the assistant's ability to recognize names of local points of interest, such as small businesses and restaurants.

Why Belgium? Are The Belch leaders in this field?
Comment

The end result: Siri will soon be able to report scores on five more sports, including professional ladder golf and seven minutes in heaven.
Reactions: ex0dus1985, house13um, ZZ9pluralZalpha and 4 others
Comment

SeattleMoose said:
Why Belgium? Are The Belch leaders in this field?
Click to expand...

Like many conferences, this one moves each year. The 2017 conference was in Copenhagen, Denmark. 2016 it was in Austin, Texas and 2015 it was in Lisbon, Portugal.
Reactions: yoyo kayak and AngerDanger
Comment

It irritates me that I can't get a result from Siri and then ask her to put it in a note. Like yesterday I was taking caliper measurements for a spring that I need to replace and the inch measurements I took seemed weird so I was asking Siri to convert them to metric to see if that made more sense. Then I asked her to put that in a note, and I tried 4-5 different ways of getting her to do it and none of them worked because I was feeling stubborn. I don't know how it can't just take what answer it returned and shove it into a note. It's not a complicated task. I could ask my four year old to write down the numbers for crying out loud.
Reactions: ILikeAllOS, laz232 and yoyo kayak
Comment

Is there something particularly momentous about this conference or is it just giving us an opportunity to complain about Siri for the next 20 pages or so?
Reactions: yoyo kayak and nt5672
Comment
S

I like the title.
Siri and Expert in the same sentence.

MacRumors said:
As it announced in its Machine Learning Journal, Apple is attending the 2018 Conference on Empirical Methods in Natural Language Processing in Brussels, Belgium between today and Sunday, November 4.
Click to expand...

Should stay a lot longer than that.

MacRumors said:
Apple has set up a booth staffed with natural language processing experts from its Siri team and encourages conference attendees to stop by.
Click to expand...

Do whatever improves Siri's skills further.
Reactions: ILikeAllOS and An Apple a day...
Comment
D

I've come to the conclusion that Siri only has to be as utilitarian as its core Users demand. There's no point in expanding its abilities if the typical Apple customer uses his devices primarily for amusement.
Reactions: laz232
Comment

At least they are working to improve this Siri. Personally, it's lacking in a lot of areas and behind Amazon and Google in terms of accuracy (minus the data mining), but at least they are moving in the right direction. I don't even care if it takes years to fix, as long as it gets fixed.
Reactions: yoyo kayak
Comment
N

Its depressing, you'd think that the Siri team would be leading or presenting at conferences, but just attending to get up to speed. Siri must have more problems that we know. Maybe they need to hire someone that knows what they are doing. No, wait a minutes, they did have experts. Maybe they should not have ignored and/or let the original founders of the company that created Siri leave.
Reactions: ILikeAllOS, Lill-Q and Will.O.Bie
Comment

"The launch of Siri was a defining moment in the history of Artificial Intelligence," the job description states. "Hundreds of millions of people now use Siri to send a message, play their favourite song or even take a selfie."

Hundreds of millions more yell at their iPhones when they try to use Siri and get nonsense response to simple question such as "Call wife" and Siri says "I have found six locations for knife. The firsts is Cal Knives. Do you want to call it?"

Siriously, I get replies about 20% that have nothing to do with what I asked or tell me "I can't do that while your are in your vehicle." Isn't that the whole purpose of hands free? To let you get directions, make a call without distracting you form the road; or at least not as much as if you did it by hand.
Last edited: Nov 1, 2018
Reactions: ILikeAllOS, Lill-Q, ex0dus1985 and 2 others
Comment

Defthand said:
I've come to the conclusion that Siri only has to be as utilitarian as its core Users demand. There's no point in expanding its abilities if the typical Apple customer uses his devices primarily for amusement.
Click to expand...

Well yeah, it will only be used primarily for amusement if development stagnates. Making Siri better would give people something to actually use seriously, and by improving it they increase the likelyhood of people doing so.
Reactions: house13um
Comment
S

Siri will never be on a level like google or amazon as apple doesnt steal all our data.