Siri has apparently prematurely revealed that Apple plans to hold an event on Tuesday, April 20, where the company is expected to reveal brand new iPad Pro models and possibly its long-awaited AirTags trackers.


Subscribe to the MacRumors YouTube channel for more videos.​
Upon being asked "When is the next Apple Event," Siri is currently responding with, "The special event is on Tuesday, April 20, at Apple Park in Cupertino, CA. You can get all the details on Apple.com." The event will likely be a pre-recorded affair without media in attendance and should be live-streamed on Apple's website and YouTube channel. 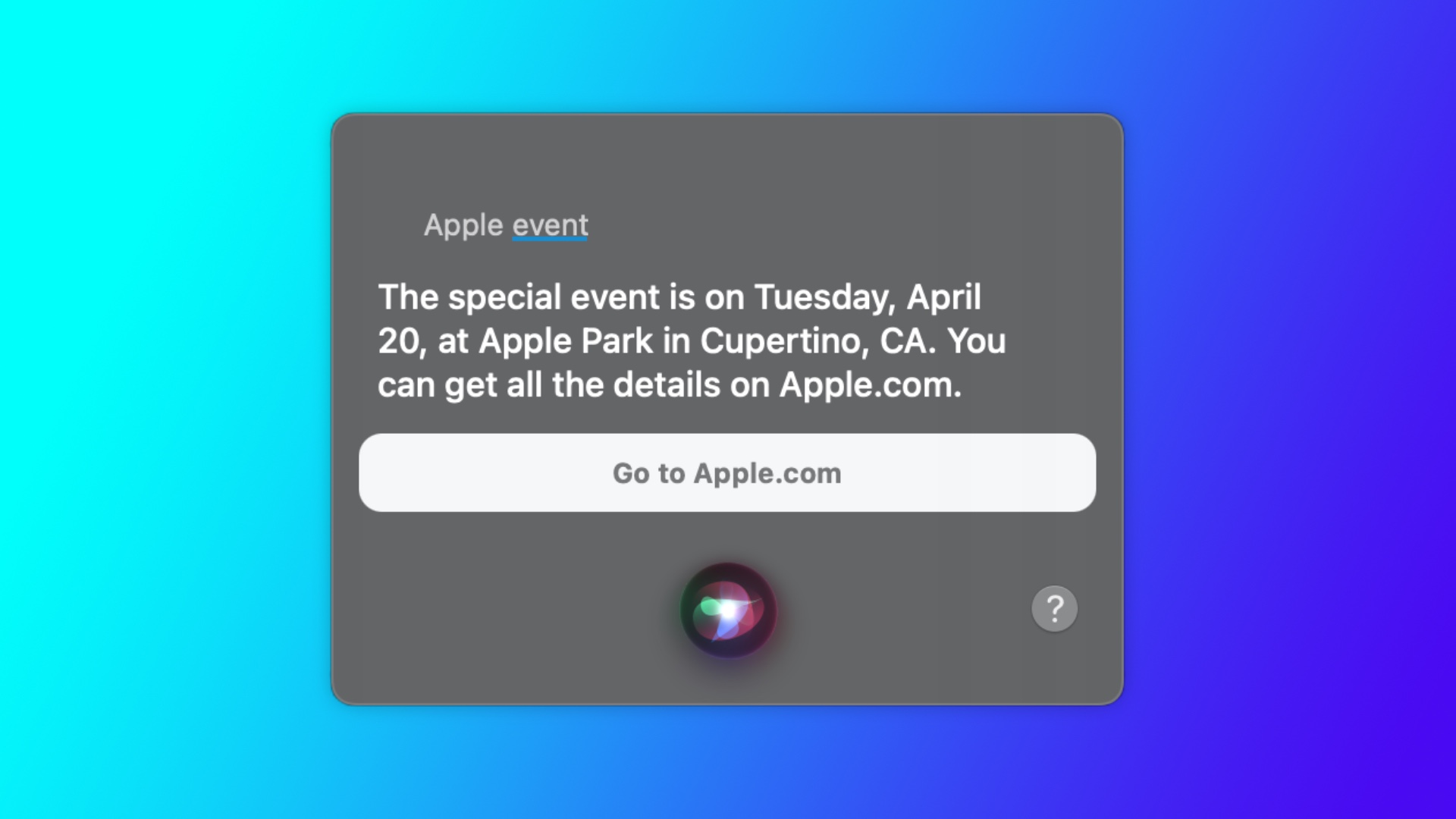 Siri is not providing the information in all instances and will in some cases simply refer you to Apple's website for information on events, but multiple MacRumors editors and readers have seen the premature information across Apple devices including iPhone, iPad, Mac, and HomePod.

Apple typically sends out press invitations for its digital events around a week before the actual event, so it seems likely that Apple will confirm the event later today. Bloomberg has reported that Apple plans to showcase a brand new 12.9-inch iPad Pro with new mini-LED display technology in the middle of this month.

Is this the first time Siri has been ahead of the curve? 🤣
Reactions: ADietrich, dtb200, Hammerd and 107 others
Comment

Well, it seems we will get more than just an iPad Pro 2021.
Reactions: Jony Ive and Co., Lemon Olive, rgarjr and 10 others
Comment

Why am I not surprised this leak came from Siri. She may be the prettiest virtual assistant, but we all know she's not the brightest crayon in the box.
Reactions: Hammerd, cbaca51, Stridr69 and 60 others
Comment

I know it won't happen, but I wish the 5G iPhone SE would be announced at this event.
Reactions: DheerajR, Phlltky, lkrupp and 1 other person
Comment

So Siri's been the leaker all along!

Hate to imagine what her next visit to HR is gonna be like.
Reactions: cbaca51, rgarjr, julesme and 32 others
Comment 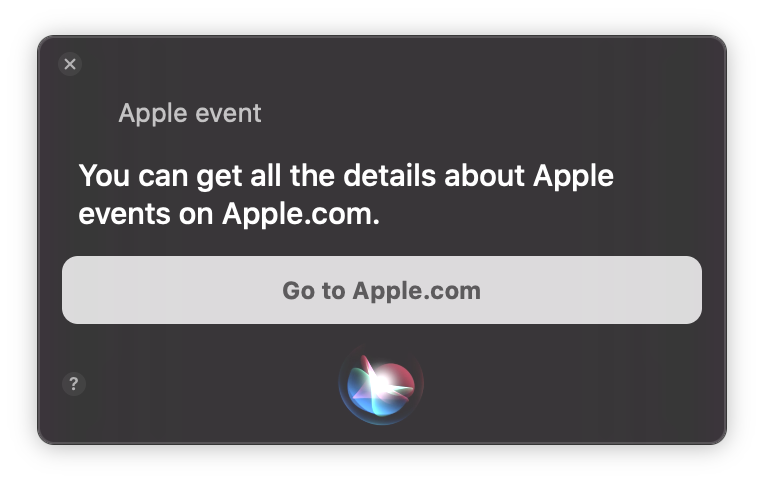 Thanks for the tip Siri-Chi Kuo!
Reactions: tongxinshe, that be me, djbuddha and 12 others
Comment

And who thought Alexa was better at answering questions? 🤣
Reactions: huge_apple_fangirl, Razorpit and hamburg040
Comment

An event would suggest more than one product. Place your bets!
Reactions: xmach, AmazeSE, whichweather and 4 others
Comment

I just tried it now. Im guessing they will make the announcement tomorrow morning.

Im hoping for LAPTOPS!!! I need to get mobile and open up these 4k features on my Canon C70! Didn't want to get the 13in, need the 16in for sure!!!!
Reactions: Bea220, buckwheet, DelayedGratificationGene and 1 other person
Comment

MacRumors said:
pre-recorded affair without media in attendance and should be live-streamed
Click to expand...

If it’s totally pre-recorded, it’ll just be made available to watch from a particular time.
Reactions: SeaFox, erniefairchild1, EmotionalSnow and 5 others
Comment

So just like the March 26th and April 6th events then...I'll believe it when I see it!
Reactions: erniefairchild1
Comment
E

Royksöpp said:
I just tried it now. Im guessing they will make the announcement tomorrow morning.

dannyyankou said:
They fixed it quickly lol
Click to expand...