Snapchat today announced that users on iOS and Android will soon be able to begin group video chats with up to 16 friends at once. The feature's addition comes about two years after Snapchat first introduced video and voice chat in spring 2016.

To start a group video chat, users will need to enter an existing group chat -- or create a new one -- and then tap the video icon. This will notify every group member that the other people in the chat are joining in on a group video call, and as they join their name bubble will light up above the keyboard to confirm they're on the call. 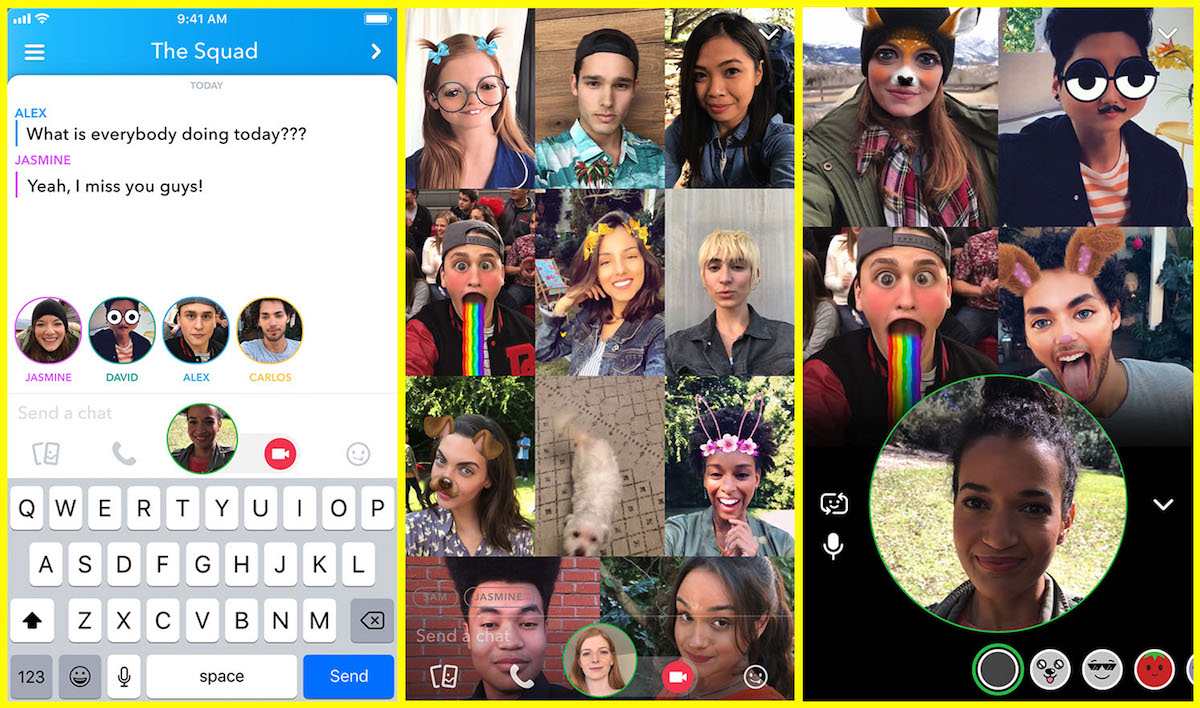 For bigger groups, Snapchat said that up to 32 people will be able to join a group voice chat, but video chat will be capped at 16 members. If someone wants to join the video call but doesn't want to use their camera, they'll be able to choose a chat entry option that only uses their voice, and toggle between video and voice when they're ready. For those using the camera, Snapchat's usual face lenses will be available for members to use as they chat with friends and family members.

In addition to group video chat, Snapchat revealed that stories will be getting the ability to add in @ mentions in the new update. This way, users can tag friends in any snap they add to their story and then viewers looking at the story will be able to swipe up to watch the tagged friend's public story and see an option to add them as a friend. Users will get notified in chat when someone tags them in a story. 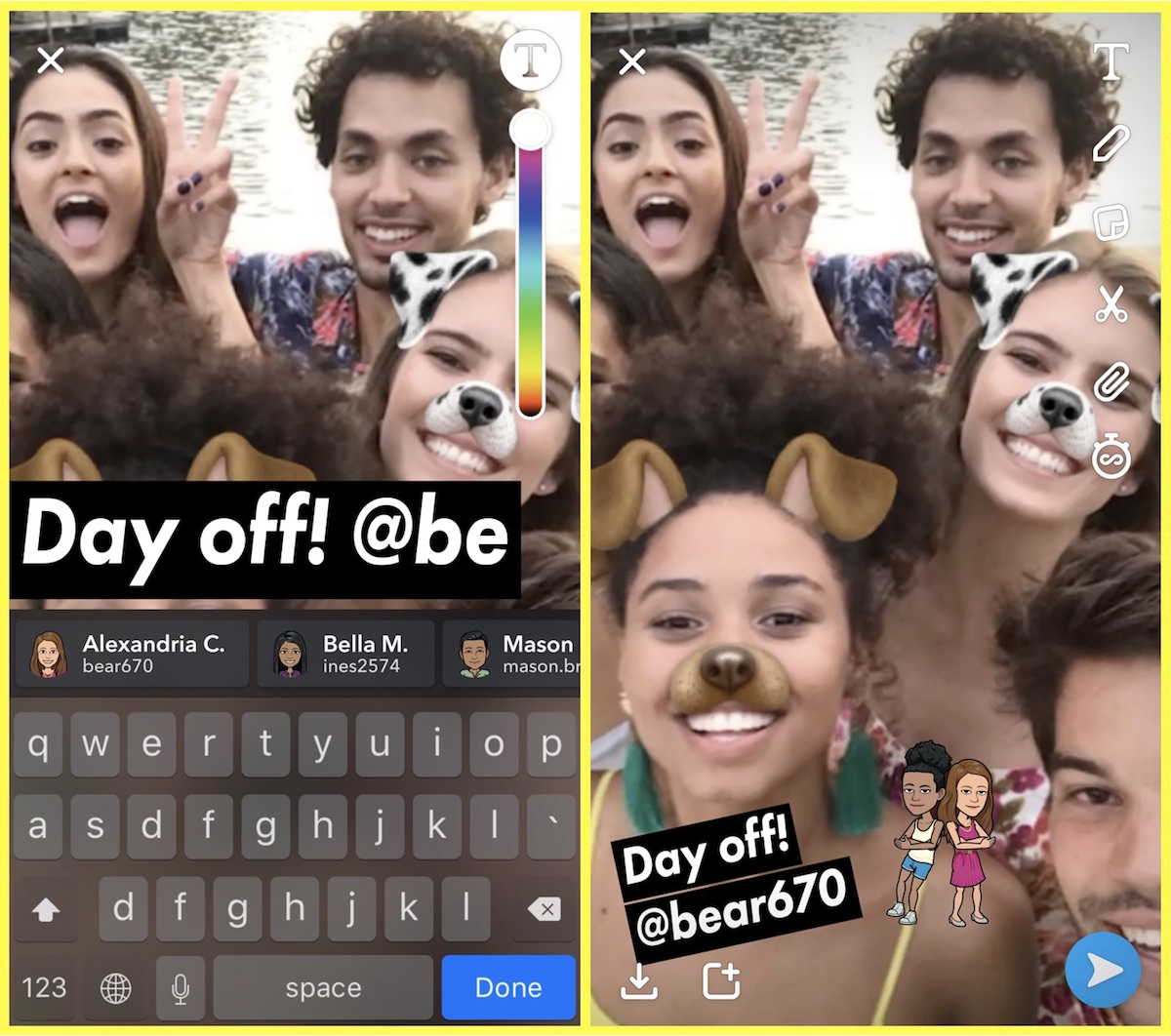 The new features will begin rolling out to all Snapchat users worldwide over the next few weeks.

Article Link: Snapchat Announces Group Video Chat for Up to 16 People and @ Mentions in Stories

This is great hope Apple gives us group FaceTime in iOS 12
Reactions: tzm41

Do anyone still really use snapchat?

Snapchat needs anything they can to get people back on the platform and using it more. They're struggling.
D

Snapchat has gone the way of only being opened when my nieces and nephews want to play with the camera features on their faces.

OldSchoolMacGuy said:
Snapchat needs anything they can to get people back on the platform and using it more. They're struggling.
Click to expand...

I have to agree here. While I still have the app on my phone, I rarely even use it anymore. That time I did spend on Snapchat has been reallocated to browsing Instagram and viewing stories from those I follow.

The outlook isn't good for Snap.

yup... and superior quality than today's offerings. Video calls drop all the time and the sound quality is terrible, I don't know what went wrong with this technology ... same with skype

Wowzera said:
Do anyone still really use snapchat?
Click to expand...

only those who are 17 or younger I think.

The group video for Snapchat is a dumb idea (for adults); however, the @ mention feature will come in handy.
I use that feature on my Instagram stories almost every day, so it only makes sense that Snapchat utilize the functionality.

I was a big Snapchat user but now only use it because I have a ridiculous 955 day snapchat streak with someone. If it wasn't for that I think I'd delete it or just use it for 'cute' selfies.
You must log in or register to reply here.
Share:
Facebook Twitter Reddit Email Share Link
Register on MacRumors! This sidebar will go away, and you'll see fewer ads.
Sign Up
Top Bottom