But When I installed it today I have slightly better results with A400 Kingstone than on internal SATA 2 conection?

I remember before 2 or 3 years that speed was around 400 to 450 MB/sec then I recognise this is x1 line PCIe connected ?

What can I do ? here is on picture 2 one guy from ebay is listing yhe same card and his card is x2 in PCIe info?

Any suggestion will be welcome?

It is possible you have an early revision Sonnet SATA SSD HBA but I can't be sure. I can say that the HBA pictured is clearly PCIe 2.0 x1 (physically) due to the width of the 'goldfingers' on the PCIe host board adapter.
Comment
J

pci1b21,625 is also from ASMedia but I'm not sure which chip it is. Can you get a closeup picture of the chip?

The picture of the PCIe card shows an x1 connector. I don't see a chip on that card though. Does it not have a PCIe SATA controller? Is it using the PCIe slot only for power? Are you expected to connect it via the SATA data connector?

An x2 card probably has an x4 connector.

Note that the x4 slots in a MacPro3,1 do not support x2 - that's not a problem for MacPro4,1 and later though.
Comment

Hi thanks for replays.

There are no Chip on this card and yes this card uses power from PCIe slot.

Maybe this is problem ?

Last time I used this card there was GT120 Graphic card.
Comment

Koka016 said:
Hi thanks for replays.

There are no Chip on this card and yes this card uses power from PCIe slot.

Maybe this is problem ?

Last time I used this card there was GT120 Graphic card.
Click to expand...

This don't make sense, if the card itself don't have a SATA controller on the PCB, it uses the PCIe slot just for power and you need to connect a SATA cable between the card and one of the Mac Pro SATA ports.
Comment
J

This looks more like the "Debroglie" cards from china, I have one from several years ago. 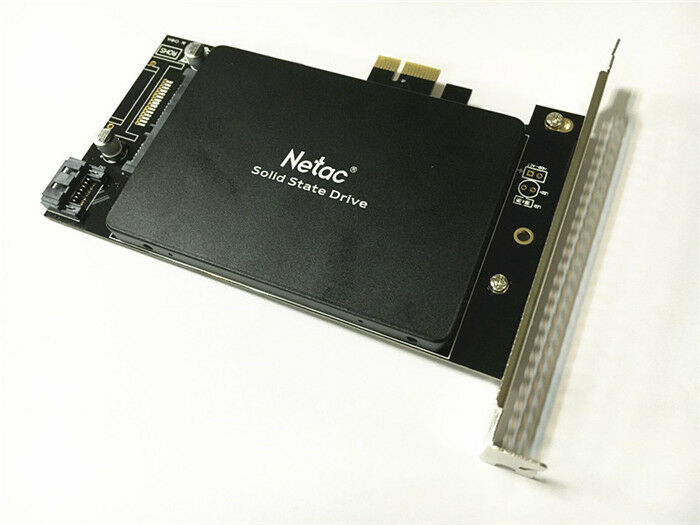 natjonesart said:
This looks more like the "Debroglie" cards from china, I have one from several years ago.