Twenty five years ago I bought my first "expensive" watch. Every single time I put it on it gave me pleasure because I thought it was such a beautiful object.

I didn't in the beginning. I bought an 42mm SS WSB and the WSB just made it seem cheap to me. That and the unreasonable expectations I'd allowed to build up in my mind made the whole thing a disappointment and I sent it back.

A month later I finally committed to reordering a 42mm SS and, after experimenting with every band, went with the (silver) Link.

Physically, as an object, it ticks ever box for me. It looks and feels expensive. (Which is just as well: it was expensive!)

As a watch it looks good and keeps perfect time. As a smartwatch . . . well, I'm still figuring out how it fits in with my other tech and what it's really for. But I'm enjoying the process.

We've had our ups-and-downs, but I'm really very happy with it.

But my final thought is that I think Apple has made one mistake. For people like me (and I may well be in a minority here) their vastly overblown hyping of the watch set up expectations in my mind that (initially, at least) were not remotely met. Combine that with the enforced six week gestation period when all I could do was sit and think about the watch (not helped by being permanently logged in to these forums).

(It's just after 10pm here and I've just taken the watch off. I find I can't wear it comfortably all day. But then I've never worn a watch all day.)

Apple, you do make beautiful products which work beautifully (eventually). But they're not magic. They're not life-changing. They're not miraculous. They're just nice things to have. Most of the time.
B

After placing so many orders and making so many returns, I'm glad you finally found a combo you like. I hope you continue to feel that way and don't wear this one for a month and then return it too because of another change of heart.

As for only sitting and thinking about the watch for 6 weeks straight, that is never helpful or healthy towards expectations. Whenever I get too obsessive/compulsive towards something, I get out and get some exercise and fresh air. Give it a try sometime, perhaps it will help.

Cheers and I hope you enjoy this watch.

The producers then select the person with the most memorable question to say, "We'll be right back with Jerry's final thought." Springer then ends the show by giving a formal lecture, sitting by himself on the stage, on the principles of refined values in regards to the featured guests.[4] He ends the segment with the concluding statement, "Till next time, take care of yourselves and each other", which dates back to his days as a newscaster in Cincinnati.
Click to expand... 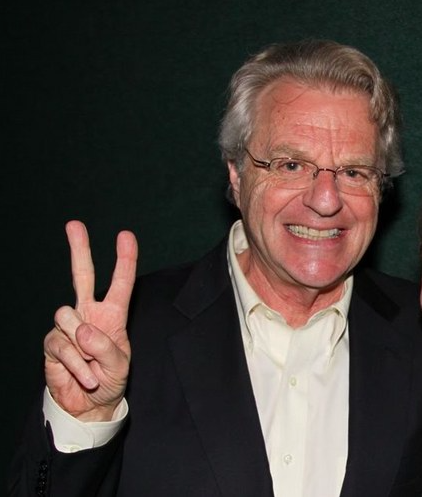 Glad you finally found one that suited you! For myself, while I think the Link Bracelet looks REALLY good, I am unable to justify the price tag to myself, even though I could comfortably afford it. The Apple tax was too much in this case, and I ended up going with just the 42mm SS BSB. It still gave me flexibility to purchase another band like the Milanese Loop or Leather Loop to dress it up a bit and still save money over the LB combo (even though it looks so nice, especially the SB version...!)

Going in, I guess I kept my expectations in check. Coming from wearing a Pebble for the better part of the year, I mainly wanted something like that but with more interactions. I was able to receive notifications on my Pebble, but had no way of interacting with them so while I would never miss anything, I'd still have to pull out my phone. With the AW, I can easily reply to simple texts or WeChat messages from the watch and leave my phone in my suit pocket, which is hugely convenient.

At this point I suppose the only things I'd want are for faster loading third party apps, which should be coming with WatchOS 2 (native third party app suppose) and for some granularity with the screen time-out, as it is very irritating to have the screen turn off on you when dictating something to Siri and having to start all over again.

I vehemently agree with your closing statement and perhaps Apple did overhype their product, but nowadays what company doesn't do that? Not saying that it's right, just that Apple is far from the only company guilty of doing so.
Reactions: profmatt

In the land of no hills and red dirt.

Sorry I got here late. So, is he the daddy or not?

Come back in a couple of weeks and let us know.

I remember being elated when I first got my 1st AW.

profmatt said:
But my final thought is that I think Apple has made one mistake. For people like me (and I may well be in a minority here) their vastly overblown hyping of the watch set up expectations in my mind that (initially, at least) were not remotely met. Combine that with the enforced six week gestation period when all I could do was sit and think about the watch (not helped by being permanently logged in to these forums).
Click to expand...

I agree completely here, and they did it in many ways. Marketing was way out ahead of reality.

They also hyped it as a fitness tool. I have been carrying activity trackers for at least five years, and I expected the AW to crush them based on Apple's hype. However, the AW is missing many basic activity tracker features and functions that have been in competitive products for 2 - 5 years. A few of these missing functions I consider essential, so the AW is a fail as a activity tracking device compared to competitors. (It will track some activities, and the rings are great, but that is where it ends.)

This is my first smart watch, so i love the smart watch features, like weather at a touch, the notifications, having a timer on my wrist etc. Also, I love how it looks. No other smart watch until now had the aesthetics to replace a traditional watch.
You must log in or register to reply here.
Share:
Facebook Twitter Reddit Email Share Link
Register on MacRumors! This sidebar will go away, and you'll see fewer ads.
Sign Up
Top Bottom