Final Fantasy creator Square Enix has launched a teaser website for a game made exclusively for the Apple Watch, called Cosmos Rings (via CNET). The website calls the game an "RPG for Apple Watch," but leaves any other details about its mechanics, story, and launch date completely up in the air. 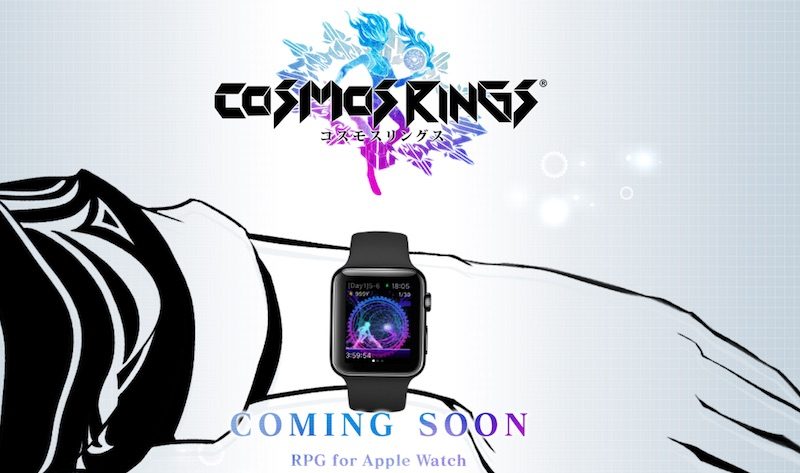 The sole teaser image for the game shows a screenshot of gameplay, with some kind of time dilation counter at the bottom left of the screen, along with a marker at the top left reminding players of the number of presumably in-game days that have passed while playing. Otherwise, the image doesn't show much of what might be coming to the Apple Watch app.

The games market on Apple's wearable device has plenty of room for creators to make a noticeable impression, since most users have yet to find any kind of killer app -- even a non-gaming one -- since the Apple Watch launched last year. A few gaming apps have managed to surge in popularity, focusing on mechanics that encourage short play styles, with incentive to revisit often, which may hint at Cosmos Rings' potential gameplay.

Check out Square Enix's website for yourself to see if you can discover any more clues behind Cosmos Rings.

How do you grind with this battery?
2

I am not much of a gamer, so my opinion may be off, but I just can't see myself playing a game on my wrist. doesn't seem comfortable to say the least.
Reactions: AlexGraphicD

I'm sure someone will come around and say "oh what a dumb concept, no one will be into this, just because they have a famous franchise doesn't mean people will try this out" and I'll kindly remind them of how many people are catching cartoon pigeons and turtles in their offices and neighborhoods today.
Reactions: KrisLord and Suture

Maybe every X hours, you battle an ever-stronger galactic foe threatening the planet. And you charge up your power by doing stand actions and taking steps, etc. So you have until the timer runs out to do enough fitness activities or you lose the fight. You can also challenge other Apple Watch wearers to ad hoc fights based on your charged power; your real life fitness level determining your in-game prowess. Soon we'll see coworkers constantly standing up and down and pacing non-stop. No more sitting around!
Reactions: docziandras, Oblivious.Robot, Regbial and 1 other person

Soon? You clearly don't work in an office where you can check into the Pokéstop next-door every 5 minutes, but only if you go to the far side of the office next to a window.
Reactions: KrisLord, arfour and friedmud

Battery life is certainly going to be an issue, along with holding your arm up that long. Also consider the average age of an Apple Watch owner is far older than an iPhone.
You must log in or register to reply here.
Share:
Facebook Twitter Reddit Email Share Link
Register on MacRumors! This sidebar will go away, and you'll see fewer ads.
Sign Up
Top Bottom