SysSecInfo has just been released and approved on the App Store by the German security firm SektionEins to allow users to look at retrieved system stats (CPU and memory usage) and iOS security vulnerabilities and they appear to be accurate, which is a surprise.

There are lots of scam applications on the App Store that "retrieve" system stats but they are never accurate at all, but this one has surprised me as it appears to do so accurately. 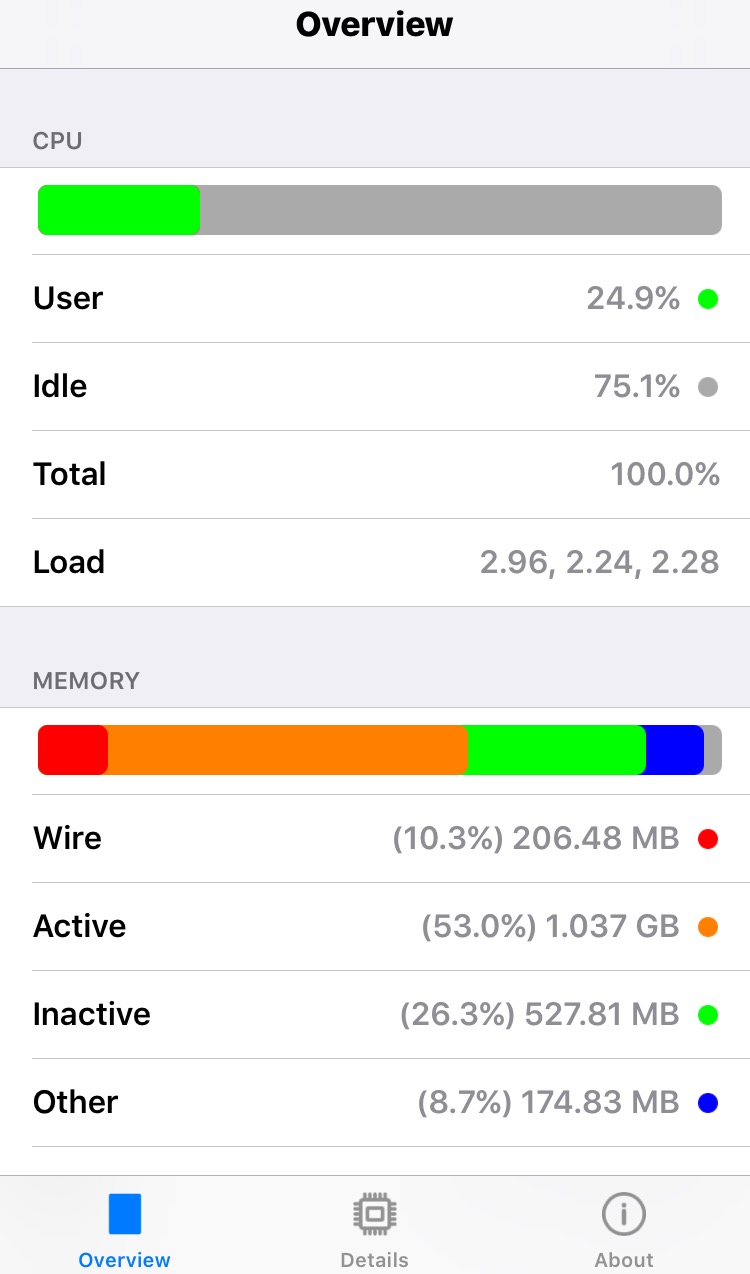 I've determined that the usage statistics are accurate after several tests (clearing apps, updating apps, listening to music, etc.) while the app is on the foreground and background, and while processes are running in the background as well (such as app updating, inbound notifications, etc.)

The application also appears to reveal system vulnerabilities, which could be accurate as well based on the fact that the developer is a security research firm.

I've been using it for over 5 years now.

the real question is why? Why have an app like that when iOS pretty much runs itself?