Following his company's earnings release earlier today, T-Mobile USA CEO John Legere told AllThingsD that the carrier is looking forward to expanding its Apple product offerings beyond the iPhone. Back in April, T-Mobile became the last of the four major U.S. carrier to begin selling the iPhone.

Legere said it is a good sign that the iPhone is only a portion of the company's sales growth, accounting for just 21 percent of smartphone sales last quarter.

"I think it's a healthy percentage," Legere said.

That said, Legere looks forward to more business with Apple, including carrying products beyond the iPhone.

"I think there's a whole array of Apple products that we look forward to carrying," Legere said. "We will expand what we offer from them."
Click to expand...

The most obvious new Apple product for T-Mobile would be the iPad, with the other major U.S. carriers already selling and supporting cellular-capable models of the device with data plans. In order to provide official support for the iPad on T-Mobile, Apple would almost certainly have to at least tweak its existing hardware in order to support the AWS 1700/2100 MHz frequency bands used by T-Mobile, something the company did on the iPhone 5 when it launched on T-Mobile. But with an updated iPad expected to launch within the next few months, any frequency support changes would almost certainly just be folded into the new hardware.

T-Mobile may also find itself able to support new iPhone models if Apple launches both an iPhone 5S and a lower-cost "iPhone 5C" in the coming months. The carrier currently does offer the iPhone 4S and iPhone 4, although official device availability is currently limited to areas where T-Mobile has been able to refarm its spectrum to offer 3G/4G coverage on frequencies supported by those devices. Apple would presumably build full support for T-Mobile's frequency bands into any new iPhone models it launches in the United States.

MacBook Pro with 4G? And iPad of course.

T-Mobile has been very aggressive lately and it's been working for them.

I'm happy I made the switch from AT&T. 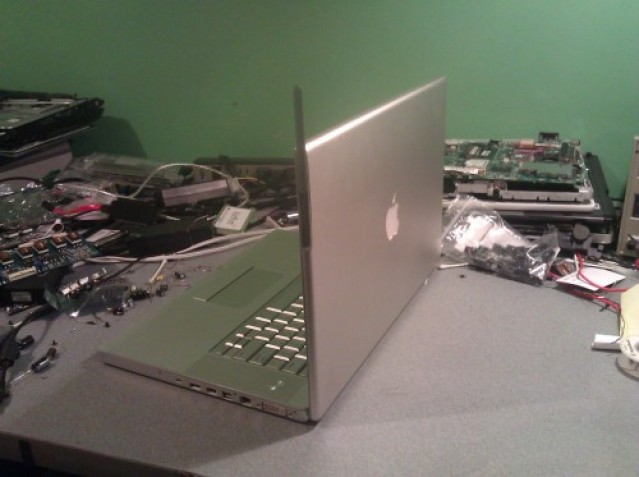 Looking to switch from att too.
C

Bet they will.
T

I just recently switched over to T-Mobile and have been very happy with my service (despite owning an iPhone 5 that was released prior to Apple's official partnership with T-Mobile). I am glad to hear they will continue their comity and hopefully I can refrain from ever going back to AT&T again.

Legere is a breath of fresh air.
or a fart if your AT&T.

Now give us access to the somewhat reasonable Business Line only international data roaming rates and I'll switch in a heartbeat.

Changed over from ATT to T Mobil about 4-5 months ago with the unlimited plan, the speed is just a little slower, but since I'm at home or the office with WIFI, I really don't mind the speed. But the saving is great.

tigres said:
Legere is a breath of fresh air.
or a fart if your AT&T.

Telcos all the same... Legere said this was his fault and will never happen again, BUT, the fact that it happened AT ALL, causes t-mo to be grouped with the whacko billings from Verizon or ATT. If not for media guy Jake Tapper at CNN... Do you think Legere would have heeded an e-mail from me and took action? We'll see...

I'm so glad that AT&T merger failed a couple of years back. Nice to have a reasonable alternative to AT&T/Verizon.
J

T-Mobile on my iPad Mini is doing a good job on LTE considering I don't get LTE on AT&T.

T-Mobile seems to have much lower pings than AT&T. Anyone else notice that? Even if AT&T has faster download speeds, T-Mobile will still load the page faster.

I just wish they'd get rid of all the EDGE towers and use that 1900mhz spectrum for HSPA+.
A

Are people generally happy with T-Mobile's coverage/speed in New York?

I'm currently on a Verizon 4S and I want to wait to buy the 5S unlocked and take it over to T-Mobile's $35 a month prepaid plan.

Looks like t-mobile will be a good option to consider in couple years for me unless A&TT steps up their game pricing wise. But for now T-mobile has poor reception in the areas where i work and everyone keeps asking to borrow my phone to make a quick call lol
J

Rot'nApple said:
Telcos all the same... Legere said this was his fault and will never happen again, BUT, the fact that it happened AT ALL, causes t-mo to be grouped with the whacko billings from Verizon or ATT. If not for media guy Jake Tapper at CNN... Do you think Legere would have heeded an e-mail from me and took action? We'll see...

To be fair, there is another side of such gaffs. And that is: people lie.

What's the point of getting TMobile on an iPad? When you're traveling, you're actually going to want to be able to use data along major highways, etc, not be stuck in EDGE/GPRS hell, whereas VZW and AT&T have LTE up.

AutoUnion39 said:
What's the point of getting TMobile on an iPad? When you're traveling, you're actually going to want to be able to use data along major highways, etc, not be stuck in EDGE/GPRS hell, whereas VZW and AT&T have LTE up.
Click to expand...

Dude, AutoUnion, please get off of T-Mobile articles.

or put your money where you mouth is...?....Anyways, expand the offer of Apple products seems reasonable, starting with the obvious, the iPad....

AutoUnion39 said:
What's the point of getting TMobile on an iPad? When you're traveling, you're actually going to want to be able to use data along major highways, etc, not be stuck in EDGE/GPRS hell, whereas VZW and AT&T have LTE up.
Click to expand...

AT&T does not have reliable coverage everywhere. This is why I use both AT&T and T-Mobile. T-Mobile fills in where I can't get AT&T.
S

Love T-Mobile. Stuck with them through the years even though they didn't have the iPhone, but their service and prices are great. Can't wait to finally be able to get the iPhone; glad they're doing well.

I just switched to T-Mobile from ATT. I'm paying essentially what I was on ATT on a family plan, but with over twice the data allotment and unlimited minutes. I'm still using my iPhone 4. I get 3G in downtown Nashville (where I live), but I lose it pretty quickly once I get farther out. I don't think we're on the official refarmed list yet. I'm looking forward to picking up a 5C when its available, so that T-Mobile coverage is more reliable when I travel.
K

Another happy T-Mobile user myself ....

I just switched about 2 months ago from AT&T. (I decided to resell my AT&T iPhone 5 and buy another one from T-Mobile so I'd get one tweaked to use their AWS frequencies. Since my AT&T one sold on eBay for nearly as much as I'm paying T-Mobile for the replacement, that worked out nicely.)

So far, my total monthly bill is around $72 and the service in the metro Washington DC area is pretty good. As others have noted, data speeds seem a bit slower than AT&T, but much faster than what I used to get with Sprint and plenty good enough for my purposes.

I do notice T-Mobile's signal tends to get really weak inside buildings. It works fine inside my townhouse (drops 1-2 bars of signal compared to standing outside but it's enough to work fine), but places like shopping malls or larger stores (Home Depot or Lowe's, Wal-Mart or Target ... those types of stores) will often kill the signal completely. I was warned that the frequency bands assigned to T-Mobile have relatively poor building penetration so that's to be expected.... I can live with it, though, if it means saving this much on my monthly bill and everything else working as well as it does.
G

Switched from AT&T to T-Mobile 3 months ago

I know I read a lot of forum posts and articles about it before I switched, but even after reading a bunch, I still was nervous about it. Just chiming in, in case anyone else is out there considering switching.

I bought an unlocked iPhone 5 (T-Mobile version) at an Apple store and purchased the $30 month unlimited text/data, 100 minutes. I was paying $102/month for a grandfathered unlimited data plan at AT&T.


I live in Seattle and will be moving to San Diego. I feel both places get "4G" similar to the places I got 3G with AT&T. It's not bad in the more rural areas I've been in. Contrary to what people told me I got a fine signal all around Wenatchee, for example. LTE is in plenty of places too, but I don't use it much because of how it drains the battery.

100 minutes is not a lot, so beware. Google voice counts towards your minutes, but you can use an app like Talkatone or use FaceTime to other iPhones, and it will only use your data. Talkatone has a bit of interference or whatever that makes it a little unusable sometimes though.

I got tired of paying so much money for AT&T and because that's probably the most important thing to me right now, the T-Mo situation works great.
You must log in or register to reply here.
Share:
Facebook Twitter Reddit Email Share Link
Register on MacRumors! This sidebar will go away, and you'll see fewer ads.
Sign Up
Top Bottom