Apple's TestFlight app designed to allow testers to install and beta test apps ahead of their release was today updated to version 2.0.0, introducing an overhauled user interface that's been updated for iOS 11. 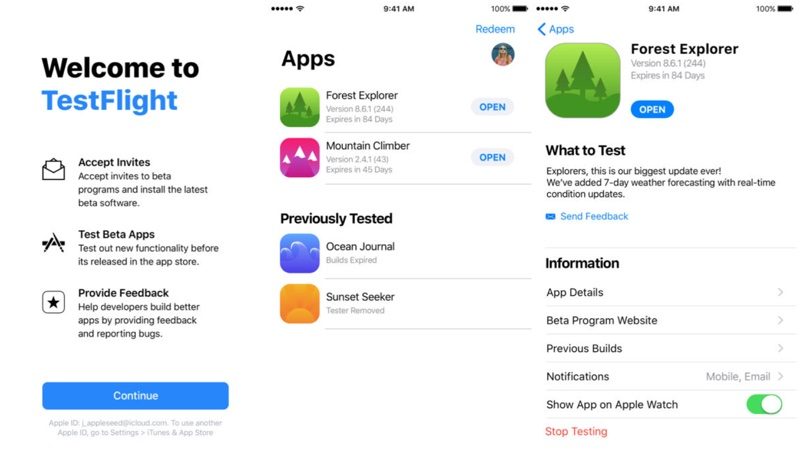 Apple has added a new welcome screen that appears when opening the TestFlight app for the first time after updating, and there's a new 3D Touch option for redeeming a code or updating all TestFlight apps from the Home screen, a handy new addition.

On the iPad, Apple has added support for Split View multitasking when using TestFlight alongside another app. Along with the new app design, there's also a brand new app icon with a simpler design that does away with the box surrounding the TestFlight propeller.

TestFlight can be downloaded from the App Store for free. [Direct Link]

I would love if iTunes Connect got an overhaul. Its seriously like pulling teeth trying to get TestFlight invitations to send .
H