The all new iMac? (Fanmade) 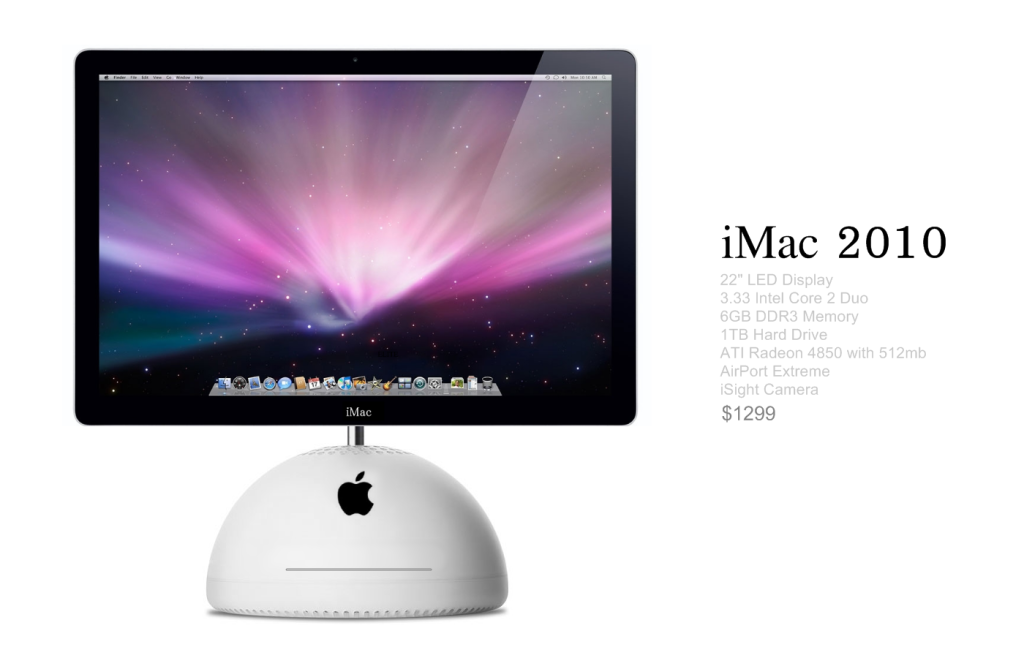 What do you guys think? Would you buy it? I know I would.
R

EliteF50 said:
Would you buy it?
Click to expand...

Yes. I've always had a soft spot for the iMac G4 - best looking iMac ever.

ugly and not very ergonomic.

no offense the new imac looks good , but the radical design of previous mac`s is missing
like the iMac g3 , the iMac g4 , even the iMac g5
they had something only apple could come up with
the new ones are basically only a improved iMac g5
so why not make a improved of the iMac g4
G

I have always loved the G4 imacs
O

Not Gonna Happen.
This would be a step back not forward.
S

I seem to remember using one of those in the past..
M

anyway, other than no spec improvements at all, and the ugly looks, no, I definitely wouldn't.

I'd rather keep mine
G

That design looked great on the iMac G4, but it doesn't fit in at all with Apple's current product line. Current iMac looks great IMO.
B

The base should be Aluminum not plastic

I'm not a fan of that version of the iMac. The new models are great IMO.
M

I love it. I would buy. Though I love the current iMac design, I am kind of bored and would like something really new... But it's not gonna happen till a while with these new i7s etc.
E

It's the base model.
E

bmacir said:
The base should be Aluminum not plastic
Click to expand...

Yeah, I tried my best to make it look Aluminum.

EliteF50 said:
Yeah, I tried my best to make it look Aluminum.
Click to expand...

Still too white IMHO. But still a great job !

Apple wont be satisfied until the iMac is just a screen floating in mid air. All completely wireless. Power and peripherals.

I would be satisfied with that too. Those old iMacs looks bulky and funny looking. New iMacs look great.

This is the direction is going in. There almost there. Just need to perfect wireless power and antigravity.

I think it's sexy and beautiful, I would purchase one in a heart beat !

Would have been sexy 6 years ago!

The G4's anglepoise design knocks spots off of the subsequent all-in-one approach, but the base looks so dated now...

I never liked this version of the iMac or the original form for that matter. Too cutesy and juvenile. Give me brushed metal and glass any day.

thats how it started

and it still looks great even its build 1997 it had a bose soundsystem including subwoofer and tv and fm radio card and it did cost new 7500 dollar
You must log in or register to reply here.
Share:
Facebook Twitter Reddit Email Link

C
Help with deciding on imac for staff member

Yesterday at 3:56 PM
carboncow
C
Register on MacRumors! This sidebar will go away, and you'll see fewer ads.
Sign Up
Top Bottom