In just a few hours NASA will attempt to land a car sized rover on mars.


"The successful landing of Curiosity -- the most sophisticated roving laboratory ever to land on another planet -- marks an unprecedented feat of technology that will stand as a point of national pride far into the future," President Barack Obama said in a statement congratulating the NASA employees who had worked on the project.

The scientific community reacted to the achievement with a mixture of elation and relief.

"Rationally I know it was supposed to work all along, but emotionally it always seemed completely crazy," said James Wray, assistant professor at Georgia Institute of Technology, who is affiliated with the science team of Curiosity. "So to see all those steps being ticked off and actually working, it's a huge relief."

The initial images the SUV-sized rover sent back to Earth were black and white and grainy, but one showed its wheel resting on the stony ground and the vehicle's shadow appeared in another. Larger color images are expected later in the week, NASA said.
Click to expand...

"Curiosity" is ironic, since they already know what's on mars... things that will rattle religion and mainstream history.

Nasa just released some sweet new pictures of their findings on Mars:

I'm at the restaurant, and there's a guy just behind me complaining about the quality of the pictures, and how cheap it was for NASA to put such a bad camera on the rover, considering how inexpensive DSLR are these days!!

juanm said:
I'm at the restaurant, and there's a guy just behind me complaining about the quality of the pictures, and how cheap it was for NASA to put such a bad camera on the rover, considering how inexpensive DSLR are these days!!

juanm said:
I'm at the restaurant, and there's a guy just behind me complaining about the quality of the pictures, and how cheap it was for NASA to put such a bad camera on the rover, considering how inexpensive DSLR are these days!!

Sure their network can handle images of that size. Screw the 14 minutes or so it takes for the 64x64 black and white images to get here.

They put their money where they had to, making as sure as possible they could get the darn thing safely where it was supposed to end up in order to do its piece of the work. Their entire budget is tiny compared to what we slopped into Iraq to get back what we got on that investment, which was... let's see... well I wouldn't want this thread to end up in PRSI.

They have other more sophisticated cameras aboard anyway. They didn't need fancy ones to phone home about a safe landing.

It's probably not a joke, unfortunately. Not half of all "failed" mars missions actually failed in the slightest.
N

I'm sure they had more pressing things to worry about - more responding to the idea that if only NASA had loaded Curiosity with $800 DSLRs that would have satisfied the person in the quote.


LizKat said:
Their entire budget is tiny compared to what we slopped into Iraq to get back what we got on that investment, which was... let's see... well I wouldn't want this thread to end up in PRSI.
Click to expand...

You'll get no argument from me about the budget.... it's worth watching Neil deGrasse Tyson's testimony on the matter. Out of every dollar in the federal budget, half a penny goes to NASA. We're doing this now, what could we do if we simply doubled that and gave NASA one whole penny out of every dollar?

Yes, I was tempted to go to his table and tell him about transfer times, wavelenghts, and more generally how the point wasn't to go there to take pretty postcard pictures. but I didn't bother. It got me thinking, however, into how important it is to have a component of "public domain" and how adding some eye candy and PR can make that public opinion, represented by individuals like this one don't feel cheated by scientific endeavors and discoveries, and that one of the points of the mission is actually to take pretty postcard pictures
D

Glad to see the landing was successful.

I am a big follower and supporter of space exploration programs.
It is just too bad the budget keeps getting cut and progress is not as fast as I would like it to be.

And I'd prefer they didn't just focus on finding life.
If they did find microscopic organisms on Mars, or something more significant, it actually might hinder further development on that planet. Then we'd have to worry about contaminating a virgin environment, or vice versa: one day bringing contaminants back to Earth. On the other hand, if life is not found on Mars, we'd be free to pave over what we want, mine minerals, etc. -- no tree-huggers acting on behalf of Martian life.

Adrift in a sea of possibilities

This really is an awesome thing. That rover should be able to unearth (unmars?) loads of very important and interesting findings.

The longevity of the Spirit and Opportunity rovers still astounds me.

What's got me excited more than anything, though, is the Cassini-Huygens probe that's been orbiting Saturn. It's fly-bys of Titan and Enceladus are revealing things that are truly amazing, but most of the world is yawning, I fear. Even this Mars rover won't impress the masses. Unless Snooki shows up or something.

iMacFarlane said:
Even this Mars rover won't impress the masses. Unless Snooki shows up or something.
Click to expand...

McKayla is not impressed.


Can't get enough of that tumblr. Hopefully by Sochi...

Ready for Curiosity to get moving. Imagine the threads if it took this long every time you upgraded OSs.

But if they changed 1 specification then it would involve months of testing.

The cameras look good to me! I've been excited about this mission since to was announce and look forward to years of science!
J 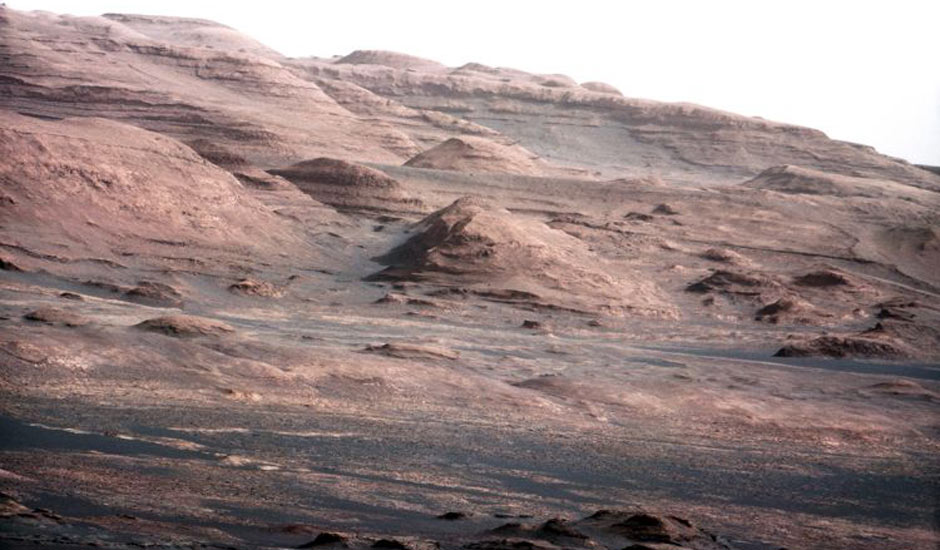 That is impressive...I just hope Curiosity is fully mobile and can conduct all the exploration planned. So far, things seem to be going really well.
You must log in or register to reply here.
Share:
Facebook Twitter Reddit Email Link
Top Bottom