The New Game For IOS 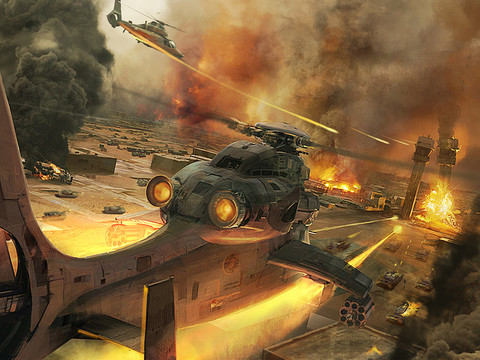 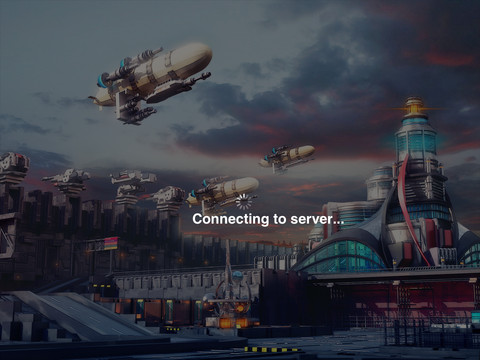 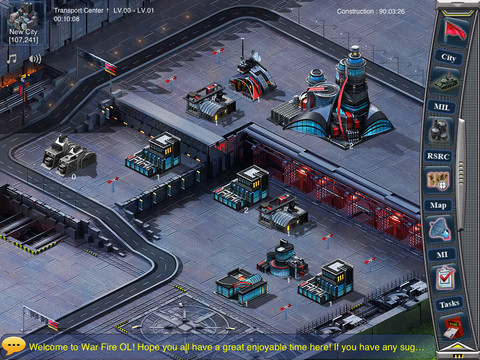 <War Fire>,developed by Lingyu Dongli,will bring you with a brand new battle system and a deeper level of diplomatic interaction. With new characteristics, you will be immersed in the joy of developing your own kingdom and conquering the world.
The biggest surprise for players is that <War Fire> brings deeper strategies, more real game experiences and circumstances. <War Fire> uses HD pictures, all battles and constructions will be informed without delay, the battle system is impeccable and interactive. These all make players feel the glamour of <War Fire> in maximum. It is better to create or join in a legion for a better development and more fierce wars.
The <War Fire> has started to spread, come on to seek for allies and battle.
Download：https://itunes.apple.com/us/app/war-fire-hd/id641853151?ls=1&mt=8

Dear players, War Fire has joined facebook and twitter! We would like to collect your questions and suggestions for our game and prepared rich game awards for you. Please click like on our page. Lets play the great game together!
Links: https://www.facebook.com/WarFireOL
https://twitter.com/WarFireOL
W

Rational development is the most important thing in early stage of War Fire.
In early stage of City development, players can do different kinds of construction according to the brief introduction. We suggest players to do systematic construction (especially in RSRC area and City area, players need to construct at least 8 Houses in City area)
The development of Resource area and Military area are connected to the level of Civic Center, so it is better to upgrade the Civic Center to level 10 for other areas development. Meanwhile, the upgrading of Civic Center is connected to the level of City Wall. Players can upgrade the two instructions in accordance with the requirement.
The Development of City Area
The development of City area is skillful. Houses should no less than 8 (because there are task requirements for the quantity and grade of Houses), and the construction of RNDZ, TRNSP CTR, Market and RES CTR is a necessity. Players can refer to the game guide and official site (http://www.war-fire.com) for the function of different constructions. (Suggested grades: Houses LV6, RNDS LV1, TRNSP CTR LV 5, Market LV5, RES CTR LV6)
The Development of Military Area
Players must construct the following constructions: LPTI, AFTI, INT CTR, MLT ACAD, CMD CTR. Players can construct several LPTI and AFTI according to their need and arrangement, thus can save time when training armies. (Suggested grades: LPTI LV6, AFTI LV5, INT CTR LV 6, MLT ACAD LV 3, CMD CTR LV5)
The Development of Resource Area
The Resource Area has total 40 blocks after the Civic CTR upgraded to level 10. Players can do available arrangement of each quantity for the Citys development. (Suggested grades: Farm LV6, others LV5)
PS: In early stage of the game, players can recruit an officer with high Logs as Interior Minister if with enough gold coins. Interior Minister can enhance the resource output and construction speed through Internal Affairs Properties.
About the rate in City, players can raise the rate to 20%. If the rate is more than 20%, popular support will be reduced, the population growth speed will be decreased and the army may escape. Don't be a tyrant.
When city development stabilized, players can train their own troops. Most time are used for upgrading in early stage, so the time left for research is little. Players only need to do researches that needed for training Light Tank and Heavy Tank. Players need to train a relatively large amount of Infantries and Rocketors and some Light Tanks and Heavy Tanks for conquering wilds.
Troop forces need officers. Players can recruit an officer with high Military value and learn some useful skills (like Artillery Rapid Fire, Missile Crit). Learning skills need gold coins, so players need to be prepared for this.
The choosing of wilds is important. Players may be less of Ore and Oil in early stage, so players can choose wilds that can increase production. We advise players to choose wilds lower than level 6 because it is very difficult to conquer with the disposition in early stage if the wild is higher than level 6. Please choose carefully. After conquered the wilds, players can pick jewels. The acquisition time should better be more than 24 hours, in this way, players may gain high class jewels needed for Military Rank tasks.
You must log in or register to reply here.
Share:
Facebook Twitter Reddit Email Share Link
Register on MacRumors! This sidebar will go away, and you'll see fewer ads.
Sign Up
Top Bottom