The next Mac Pro with TB3 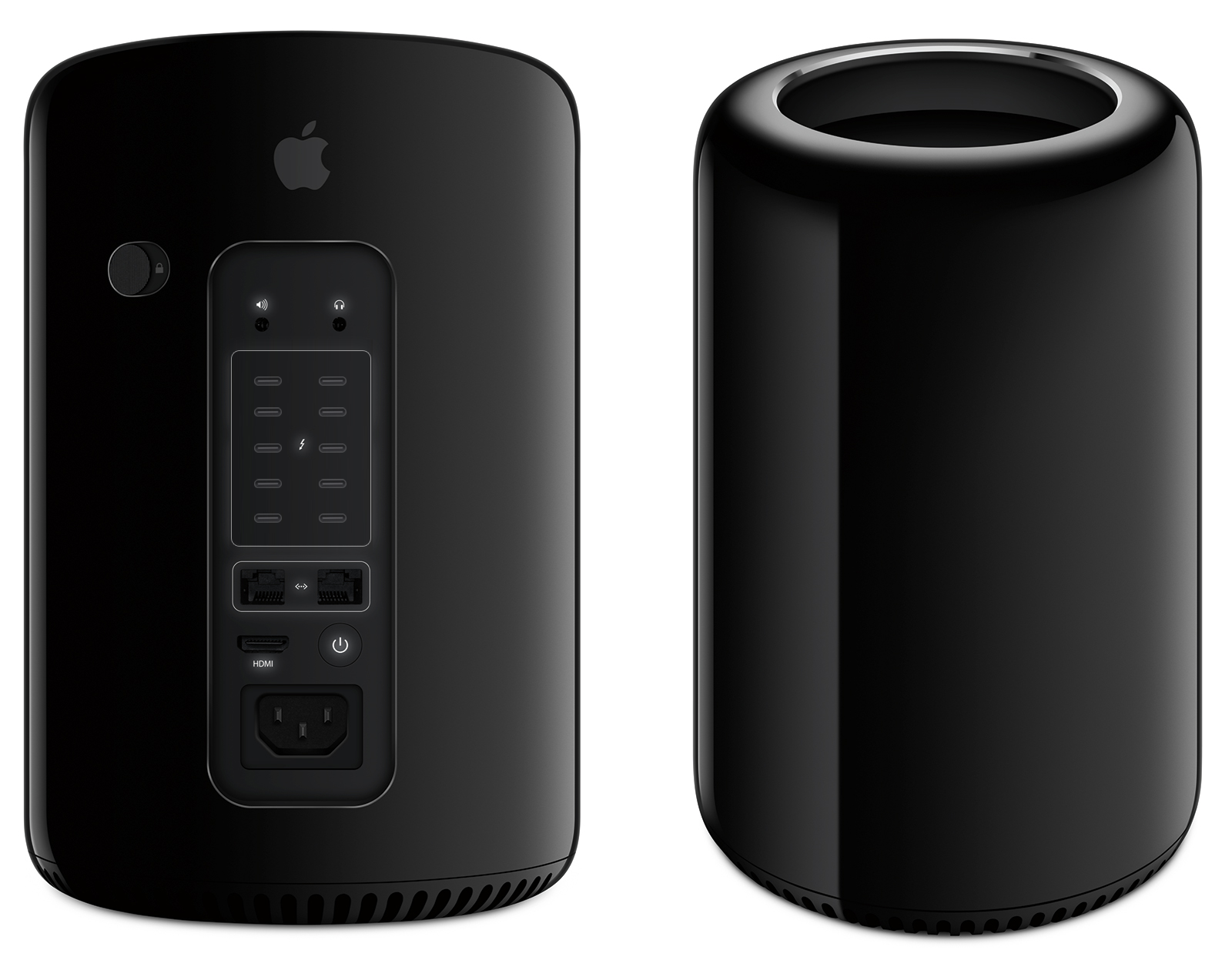 This is just the picture, which float in my head, after knowing of tb3 news.
X

Amethyst said:
This is just the picture, which float in my head, after knowing of tb3 news.
Click to expand...

What going to end up with some sockets that only support USB 3 and some others that support multiple protocols ( the Type C alternative modes ). Probably only the alternative ones goes Type C. The ones that only do USB 3 are much more a natural fit with Type A connector. It goes just as fast for USB. It is also far more backwards compatible with the billion or so USB devices out there.

Which port is "USB only" is also much more easily recognizable if use the two types to distinguish. Maybe Apple will be so OCD that want the super symmetry at the physical level while making users read a manual to figure out what goes where. Perhaps overly optimistic they are not that cray-cray crazy.

and a Thunderbolt block of

The top 6 USB only sockets are connected to the six USB 3.0 provisioned by the C610 chipset.
The TB block would either be lacking USB 3.0 or just use a similar discrete controller that the current Mac Pro uses and optionally flow those through the TB flavored Type C ports.

Physically separating the two flavors of Type C should help lower confusion. If Apple wants control costs and lower confusion even more then just four Type A's an four Type C's (and put 1-2 USB 3.0 hub(s) inside to expand the six from the chipset into eight. Probably feed the TB ones with the hub watered down bandwidth as those ports more likely used for TB or DisplayPort )


The drop to just two pairs with TB controllers behind them works in most use cases because the bandwidth doubled (and can still daisy chain). 40Gb/s and perhaps if GPUs are ready at that point DisplayPort v1.3 in pass-through backward compatible mode. The HDMI port goes to v2.0 and doesn't "share" a video source with a TB controller. If need more than 5 monitors then need to use a monitor that can daisy chain either DP v1.2 or TB v2 or 3. Less than 5 monitors is probably vast majority of users.
Comment
D

deconstruct60 said:
....
The top 6 USB only sockets are connected to the six USB 3.0 provisioned by the C610 chipset.
The TB block would either be lacking USB 3.0 or just use a similar discrete controller that the current Mac Pro uses and optionally flow those through the TB flavored Type C ports.
Click to expand...

Even easier (and less bleed on the chipset's PCIe I/O bandwidth for discrete USB controller) since apparently they have put a USB 3.1 controller inside of the Thunderbolt controller.
"... Alpine Ridge also integrates its own USB 3.1 (Superspeed+) host controller, which in turn serves dual purposes. When serving as a host controller for a USB Type-C port, this allows Alpine Ridge to directly drive USB 3.1 device if they’re plugged into an Alpine Ridge-backed Type-C port (similar to how DisplayPort works today with Thunderbolt ports). And when serving as a device controller (e.g. in a Thunderbolt monitor), this allows devices to utilize and/or offer USB 3.1 ports on their end.
... "
http://anandtech.com/show/9331/intel-announces-thunderbolt-3

TB v1 & 2 made DP mandatory present because riding on DP connector. Seems like same bargain here. Get to "ride"/leverage Type C by putting more USB controllers out there at the same time.

I still think there will be USB only versions and some Type As. Just easier to implement a four TB flavor Type C set up. There is more than enough room on the side of a Mac Pro for Type A connectors and there are tons of Type A devices out there. It would be nice if they could match the HDMI with a leagcy miniDP port one since in Mac Ecosystem there are lots of mDP monitors out there which may or may not have HDMI.
Comment
G

1. Which port has charging/power delivery capability to charge my laptop?
2. When will Intel announce a Xenon chip that is compatible with Alpine Ridge?
Comment
D

1. Which port has charging/power delivery capability to charge my laptop?
Click to expand...

The TB ports may/may not be the answer here. When used more so as a TB port ( daisy chaining, etc.) it is limited to 15W.

The 100W Notebook charging is only optional.

"... the USB power delivery standard is distinct from Thunderbolt’s bus power standard, so this doesn’t necessarily mean that all Thunderbolt hosts can provide 100W of power, or even any USB charging power for that matter. ..."
http://anandtech.com/show/9331/intel-announces-thunderbolt-3

If the Mac Pro had a large surplus of available power then it might do 100W. The current design doesn't. I suspect the next one won't either. If there are USB 3.1 only Type C ports then perhaps.

When will Intel announce a Xenon chip that is compatible with Alpine Ridge?
Click to expand...

"... , though Intel is making it clear that at a technical level Skylake and Thunderbolt 3 are not interconnected, and that it would be possible to pair Alpine Ridge Thunderbolt 3 controllers with other devices, be it Broadwell, Haswell-E, or other products. ..."


Skylake in and of itself isn't necessary for TB v3. It is the chipset , associated DMI increase, and subsequent increased PCI v3 lane provisioning by the chipset that is more critical for TB v3. TB v3 needs more raw bandwidth than the mainstream desktop CPU+chipset design can typically provide (given all the other stuff that is normally included). Some of the Skylake CPU packages bring some more PCI v3 lanes, but it is the all around overall increase in bandwidth that is the enabling factor.