Things found in the trash

i found it hard that someone would throw something like this out, and that it would be in such good condition and working. Have you ever found a bargain like this and in good nick and working? It is all ways people with money that find stuff like this. He must like in a good area
Last edited: Sep 14, 2019
Reactions: Applefan2015
R

Some years ago some one had thrown out what was either a G5 or a Mac Pro i thought nothing of it at the time because i did not know much about Apple computers.Last month they had one in my local market. So i looked it up on urube and saw that it was a G5 i thought it was funny that it had its own monitor with it And that it only had one drive bay unlike the Mac Pro. Idare say the one i saw that had been thrown out was a G5.

Roxy.music said:
i found it hard that someone would throw something like this out, and that it would be in such good condition and working. Have you ever found a bargain like this and in good nick and working? It is all ways people with money that find stuff like this. He must like in a good area
Click to expand...

One of my nephews found a working Apple Lisa in a dumpster behind some classrooms at Syracuse U one year, in the 90s I think. The thing cost ten grand retail when it was new. It was briefly parked at my house over his break, no clue if he eventually sold it or recycled it. Thing was already ancient but it did still work. No respect from those Syracuse Orange-men for Apples back then I guess... 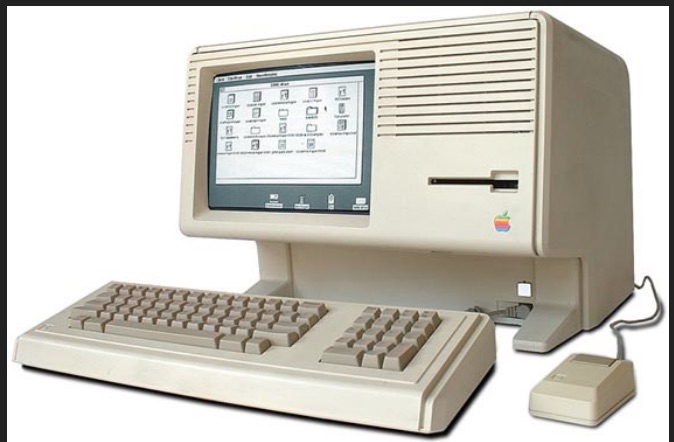 We found a working Cube in a dumpster in the early 2000's at school (private of course) around the time they were still current. It got taken inside to a teacher, the OS reinstalled, and resold.

Based on personal experience, it is very plausible for someone to get upset at someone for whatever little reason and do that to their stuff.
Reactions: AngerDanger
R

This is one here. it looks a bit different though
Reactions: LizKat
R

I think This guy is taking it to exremes i dont thinki i would get much at my local Apple store. i did not think there were people like this looking thru garbage bins.and having a utube channal on it.
Reactions: LizKat

Roxy.music said:
I think This guy is taking it to exremes i dont thinki i would get much at my local Apple store. i did not think there were people like this looking thru garbage bins.and having a utube channal on it.
Click to expand...

Heck I'd settle for a few keyboards or even a couple of specific keycaps for certain old machines of mine... so I could quit using BT keyboards and/or sharpies to mark pieces of tape over where the key caps used be.

I remember about six or seven years ago when some guy in my township died unexpectedly and his heirs who were not from around here just wanted to flip his fairly recently purchased house onto the market while the economy still looked promising... they came in with sleeves rolled up and took just about everything not nailed down that he owned and tossed it into two or three dumpsters and had them hauled away inside of a week... a Mac desktop computer of some sort, some external hard drives, nice business clothing, kitchen and household appliances, some pieces of furniture...

It was beyond shocking, really. The waste, not just the apparent disregard for whether data on the machines was secure or wiped. People asked about that, actually but the heirs said who cares no one cares about this stuff and we don't have time to mess around with trying to have an auction, it's just stuff anybody could get anywhere anyway. ( My mind flashed back to wire service images like photos of kids in Nicaraguan landfills looking for the other flip-flop sandal so could maybe get a little more food for a matched pair.)

I suppose that those dumpsters got treated with some respect before the ultimate tip-out at the landfill though. There was clearly stuff worth real money in there and the waste haulers are definitely not idiots.

People just tend to give me their old crap because they know I can fix it..

I'm about to pass along a 2009 iMac that someone gave me because it had a bad hard drive.
R

That sounds good to me you are lucky that you can fix stuff.
Not worth putting a new hard drive in there?I thought the older stuff was easier to upgrade than newer stuff?

Last year, a friend of mine found a 27" iMac sitting by the dumpster at his work. He took it out of the trash, it powered up, but didn't boot.

He gave it to me, thinking I could maybe fix it or use it for parts.

The HDD was corrupted, and after dealing with that I got it to boot.

It was a nice dumpster find.

While testing it, I found that it had GPU issues, and got to the point that it wouldn't boot because of the GPU issues, probably why it was in the trash to begin with.

But, I baked the GPU in the oven, and that fixed the issue, and this iMac is pretty fast.

The Mid-2011 27" iMac is pretty amazing, imo. There are so many things that can be done with it. Just the fact that it is possible to have three internal SSDs in it is pretty cool. I was thinking of running a RAID0 boot drive for it in the future.
Reactions: AngerDanger
J

In 2011, I found a PowerBook G4 at an estate sale for $10. (The 1.67, the last before the intel transition, the object of my lust for several years). It just needed a battery. I used it for a couple of years until I accidentally backed over it with my car. It still functioned for a couple more months but eventually gave up the ghost.

I also decommission office spaces after they are vacated, so things that I have found and kept include an Apple Bluetooth keyboard, a USB SuperDrive and miscellaneous office supplies that have been used for school supplies and/or donated.
You must log in or register to reply here.
Share:
Facebook Twitter Reddit Email Link
Top Bottom