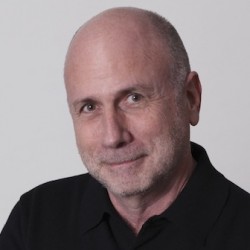 Ken Segall, the creative director behind the Think Different campaign and author of Insanely Simple, a book about his experiences of that time, has suggested Apple is losing its way in its current advertising approaches, with Samsung taking full advantage.

In a blog entry on his website, Observatory, Segall argues that Apple has stuck to its product-based ads while Samsung has been investing big-time in people-based ads and creating greater buzz than Apple.

Samsung has made remarkable inroads in a very short time, for two big reasons. First, it is spending a fortune to run its ads ... more than Apple, more than HP and Dell, and even more than Coca-Cola ... [Second] Samsung's message has proven to be tremendously potent. The company continues to bash away at Apple, delivering ads that are well produced, well written and seem to be striking a nerve. In contrast to Apple, which has been sticking to its product-based ads, Samsung has been scoring points with its people-based ads -- most of which play off some growing negative perceptions about Apple.
Click to expand...

Segall had previously slammed Apple's short-lived Genius-based campaign which appeared to make its customers seem dumb. He notes now that Samsung invested in a two-minute Super Bowl ad, while Apple did nothing, and that Samsung created a new story for the Oscars while Apple ran a variation of its standard campaign approach.

Segall does, however, end on an optimistic note, expressing his faith that the "smart people" at Apple and TBWA\Chiat\Day won't "take this lying down" and will be working hard to rebound with their own advertising efforts.

I cringe every time I see a Samsung ad, can't they just advertise their own actual products and not bash others.

I have to say that I just viewed that Samsung commercial and I thought that it was dumb. Too much kissing up to Tim Burton? Anyways, Apple has to make better commercials and stick to their product-based ads that show you what their iPhones or iPads CAN DO.

Yes, the "EX" Apple Ad guru likes one of Apple's competitors ads that slam them. Who would have thought?

I will take the product based ads over poor attempts at comedy using celebrities and mocking the user base in which you want to capture.
R

Yes. Dump millions into advertising a product everyone knows about. Perhaps show the new size it will be..... for that is all Apple can do now. Nothing new and innovative, just new sizes.
Y

Most of the Samsung ad's suck in my opinion. There was one or two that I liked, but that's about it.

It is funny how history repeats itself. Only now Apple is at the receiving end...

Who is this guy to tell Apple what to do? I got news for him: Apple sells BILLIONS of dollars more stuff than they did when they used his little jingle. He's probably jealous.
B

He's right, Apple needs an aggressive ad campaign. I feel like they aren't adapting to change very quickly these days.

What does that advert show? People who use Samsung tablets have terrible ideas for phones? What is that Safe technology they mention at the end? Samsung's adverts just carpetbomb the channels to use celebrities to make quirky ads that tell you nothing about their product, just that they exist. Apple's ads show useful features with proper names (Do Not Disturb ads, the noise cancelling) and only use stars to prove a point. Anyway, when you get Eddie Redmayne telling Ryan Seacrest on the Oscars red carpet that he auditioned for Les Misérables on his iPhone, you don't ned to advertise; you've just got it for free.
D

I remember during the "I'm a Mac" commercial phase, people were saying Apple needed to just show the product and how it works. Now they are doing that, brilliantly in my opinion, and people are now saying the opposite.

I didn't like Samsung's Oscars ad mostly because I thought it was an ad for a game. Seriously. You have to pay very close attention to it to even know it is a Samsung ad. I'm pretty sure Microsoft has done lots of ads like this and they have not been successful.

Apples ads have gone bland, indeed. But if that Samsung ad is the best they've got, I think both of them have issues.

I mean, I love Tim Burton. But that ad was nothing. It wasn't funny, it wasn't provocative, it wasn't even selling the product. Just bad.


But I do find it funny when Apple fans bash Samsung for talking down competitors, when that was what Apple was doing in all those I'm a PC-ads, that all seem to love.
M

Detektiv-Pinky said:
It is funny how history repeats itself. Only now Apple is at the receiving end...
Click to expand...

But people will blindly defend Apple.It's like the simple relationship a small child has with their mother. 'Somebody said something bad about mommy. They are mean.'

iGrip said:
Who is this guy to tell Apple what to do? I got news for him: Apple sells BILLIONS of dollars more stuff than they did when they used his little jingle. He's probably jealous.
Click to expand...

You obviously have no clue who is his or what he has done.
S

iGrip said:
Who is this guy to tell Apple what to do? I got news for him: Apple sells BILLIONS of dollars more stuff than they did when they used his little jingle. He's probably jealous.
Click to expand...

He probably wasn't invited to the annual holiday party and is now lashing out!

Detektiv-Pinky said:
It is funny how history repeats itself. Only now Apple is at the receiving end...
Click to expand...

Were the Get a Mac ads targeting (read: attacking) the Windows user base?
I

I don't love the latest Apple ads either, but I just watched that entire Samsung ad and didn't know what product they were advertising (and didn't think it was funny).

He has good points, ads playing on Apple's weaknesses. I don't like negative marketing but Samsung think it works. Recently Apple's ads have been the same formula - showing apps on iPad etc. They need something different - its quite boring, think of something new. "Think Different" was great.

"I'm a Mac" played on Windows weaknesses, as viewed by Apple. It didn't attack the user base.

nefan65 said:
Yes, the "EX" Apple Ad guru likes one of Apple's competitors ads that slam them. Who would have thought?
Click to expand...

What does it matter that he's a former employee of Apple - do you just disregard his views because of this? If so thats pretty short sighted. You make it sound like he has some sort of grudge? People move to different jobs in their careers.
K

They also need to innovate more (or at least update)

Don't get me wrong, right now I'm using an iPhone 5. It's nice and doesn't do anything poorly. It feels solid, the battery is great, and the UI is polished. But Apple need to do more of SOMETHING... either innovate, update, or at least advertise. Because right now Android is doing more of all 3.

I used a Samsung Galaxy S3 for a few months before I had to use the iPhone 5 due to work... and wow. Apple really needs to step up their game. The Android stuff has some great UI elements in there, some nice features, and all-in-all a great phone.

I'm NOT saying Androids are better/worse than iPhones since it's so subjective. And from a physical manufacturing standpoint I think the iPhone is still better (sturdier, better battery, etc). But Google has bridged the OS gap in some places and surpassed Apple in others. Add to that they're doing more advertising

For a while, Apple was THE smart phone out there. The early Android stuff didn't really compare: the G1 was OK but lacked. The original Nexus was neat but still not there. So Apple was king.

But now... Apple needs to do more. From a UI standpoint they haven't made many huge changes since the original iPhone. The interface is still the same... a touch-screen version of some other smart phone UI's from that era. Icons that you can't just place anywhere... no movement on the screen... other neat things the Android allows apps to do.

The only major UI elements Apple added since release were really Banner-alerts and folders. Sure they upped the hardware a few times... but Retina isn't that high higher DPI than the Galaxy S3. So besides sturdy construction the only real hardware advantage the iPhone has is battery life.

And sure, to some people that's enough. The like the simple UI for various reasons. Personally, my favorite iPhone advantage is the scroll-wheel UI piece in the iPhone vs the +/- in the Android. And even with the Galaxy I didn't have Live Wallpaper enabled often.


In summary: Apple needs to do "more." Either they need to do some great UI updates, add some cool feature / apps, or they need to advertise it more. Because so long as Google is doing more in all 3... they will eventually leave Apple in the dust.
S

I actually think the way Apple ignores Samsung's kicking and screaming and just focuses on their own products is pretty badass.

Besides, nobody is going to believe Apple if they start to pretend to be the underdog now. They are clearly the incumbent.

So, an ad guy thinks the answer to a competitor's ad campaign is more ads... shocking. But, I guess it keeps his ilk employed.

I actually think Apple has taken the correct approach here by NOT turning this into a mud-slinging ad campaign battle. That would make them look petty and childish, and maybe even worried, but they aren't. Apple's approach is classy and straightforward: build great products and show them to consumers, regardless of what any competitors are saying or doing. In the mean time, let Samsung spend half of its revenue on advertising and keep the Ken Segalls of the world employed so they can buy iPads and iMacs and iPhones.
Last edited: Feb 26, 2013

Stella said:
He has good points, ads playing on Apple's weaknesses. I don't like negative marketing but Samsung think it works. Recently Apple's ads have been the same formula - showing apps on iPad etc. They need something different - retire that formula, think of something new.

What does it matter that he's a former employee of Apple - do you just disregard his views because of this? If so thats pretty short sighted.
Click to expand...

I don't disregard his views, but lets face it he has some resentment. Sorry you don't see that...who's short sighted?
S

AQUADock said:
I cringe every time I see a Samsung ad, can't they just advertise their own actual products and not bash others.
Click to expand...