This keyboard is amazing..(Logitech Slim Combo for 12.9)

I saw this in Best Buy earlier and decided to try it. This is one of the best keyboards I've used, it feels better than the new MacBook pros, and kind of reminds me of the older MacBook Pro keyboards. It feels so much better than the Smart Keyboard, and is also quieter.

It has a backplate that folds out like the Surface Pros, but it doesn't go as far down as them. I think the only downside is that when using the Apple Pencil, the angle is too high when the back plate is as far as it goes..so you have to put the iPad flat on a desk.

The keyboard connects with the smart connector, and can be removed like a Smart Cover, if you want to use the iPad as a tablet.

I didn't expect to like this case as much as I do, and I'm so torn between this and the leather sleeve/Smart Cover ( and just using a Bluetooth keyboard).

Edit - and back it goes.

Twice so far while carrying it music has started playing. Turns out the keyboard buttons can press up against the screen if that area is pressed. There's no damage to the screen, and I guess the only way it would be a problem is if something hard got on the keys and pressed into the screen (?), I really just don't want music playing randomly when I'm at work at it's in my bad.

Back to the leather sleeve and Smart Cover for me. 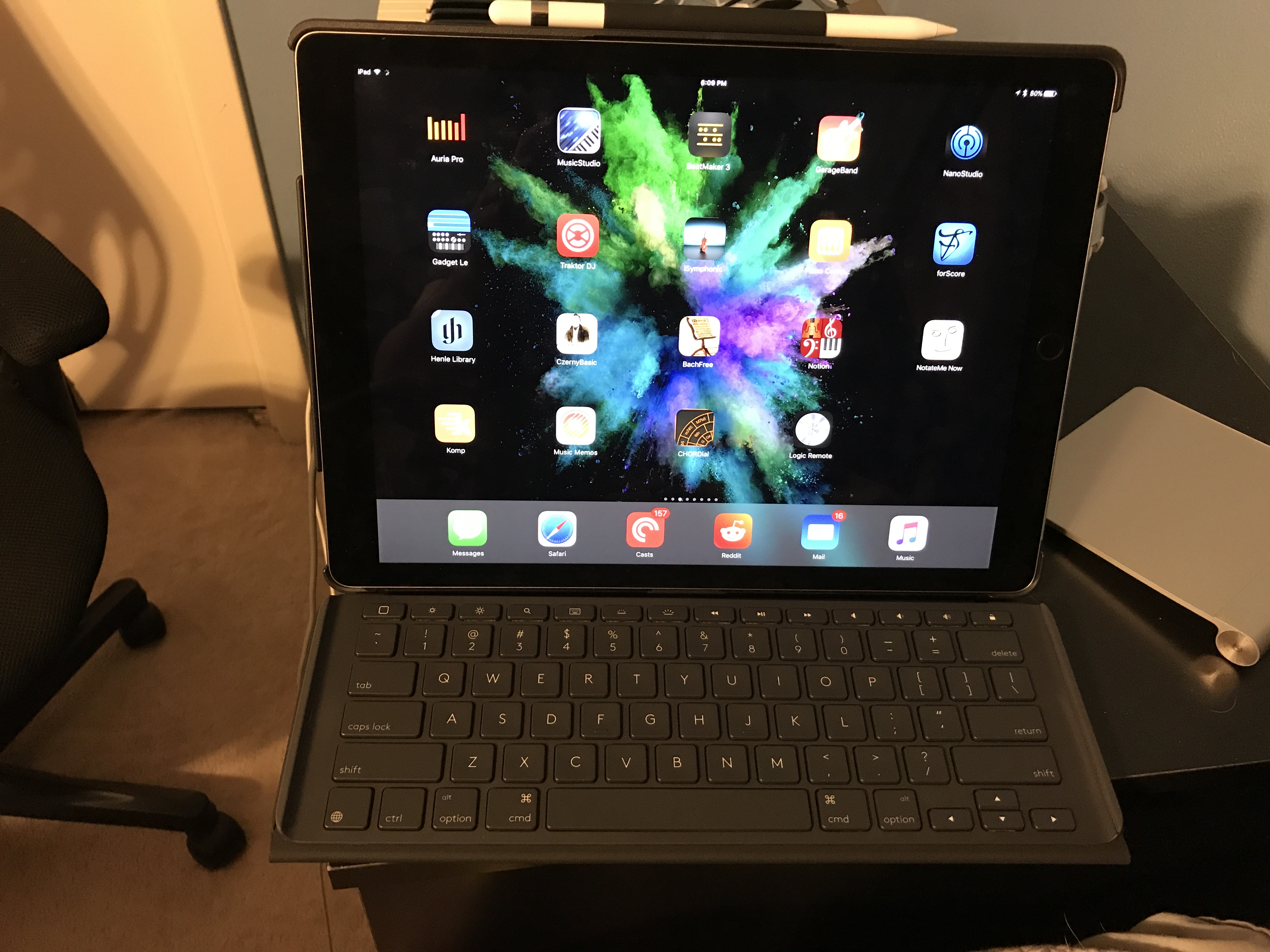 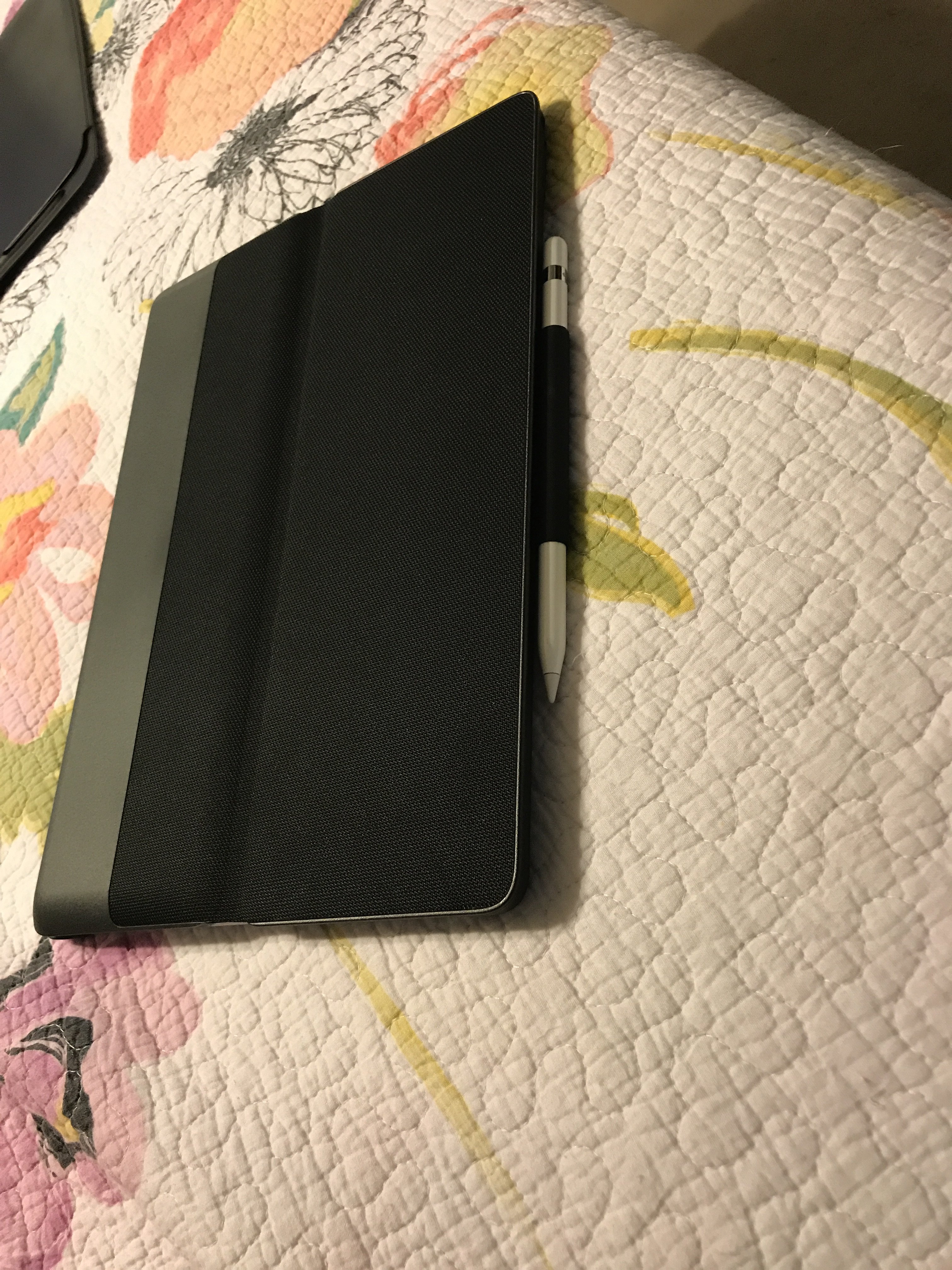 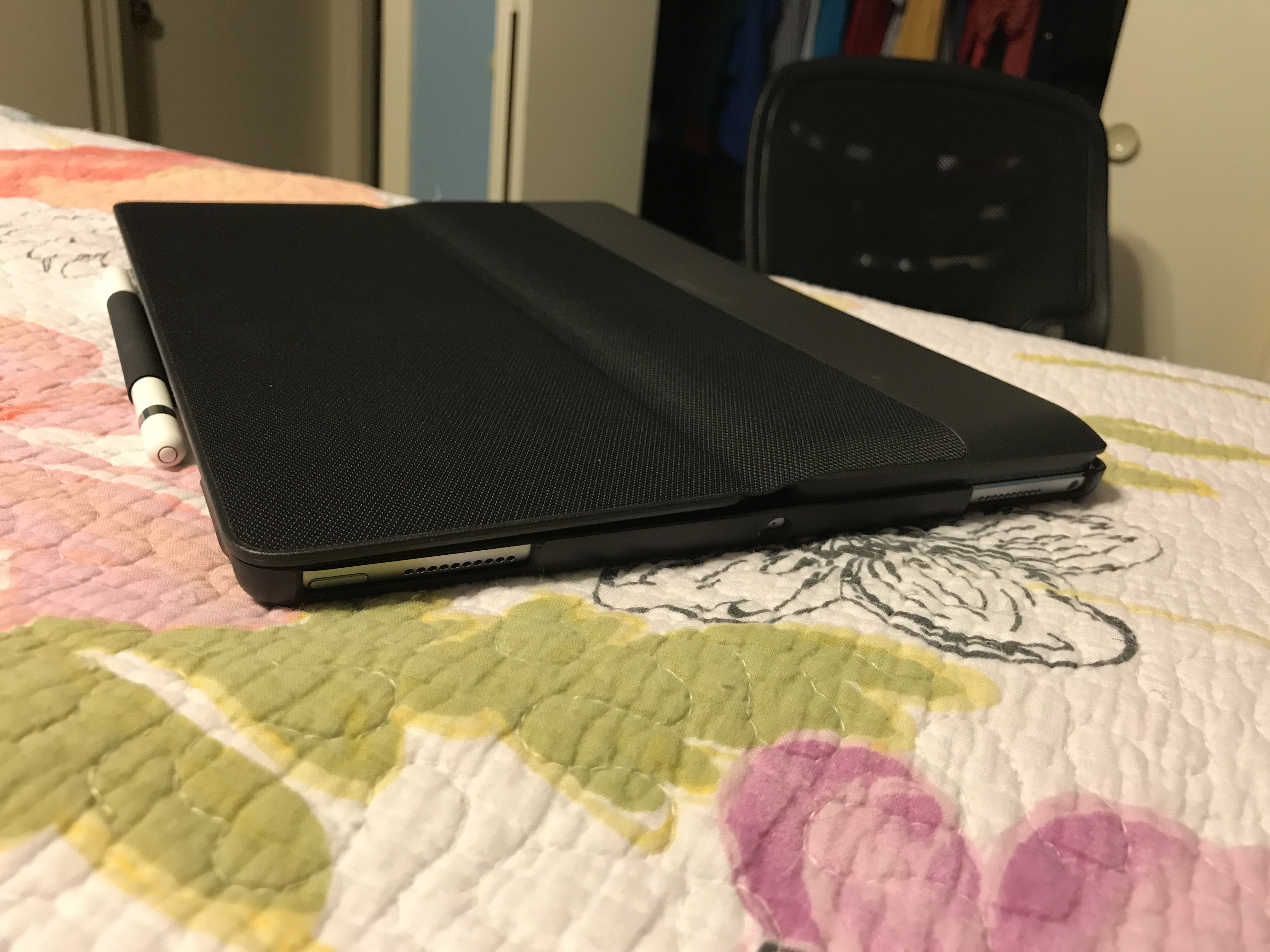 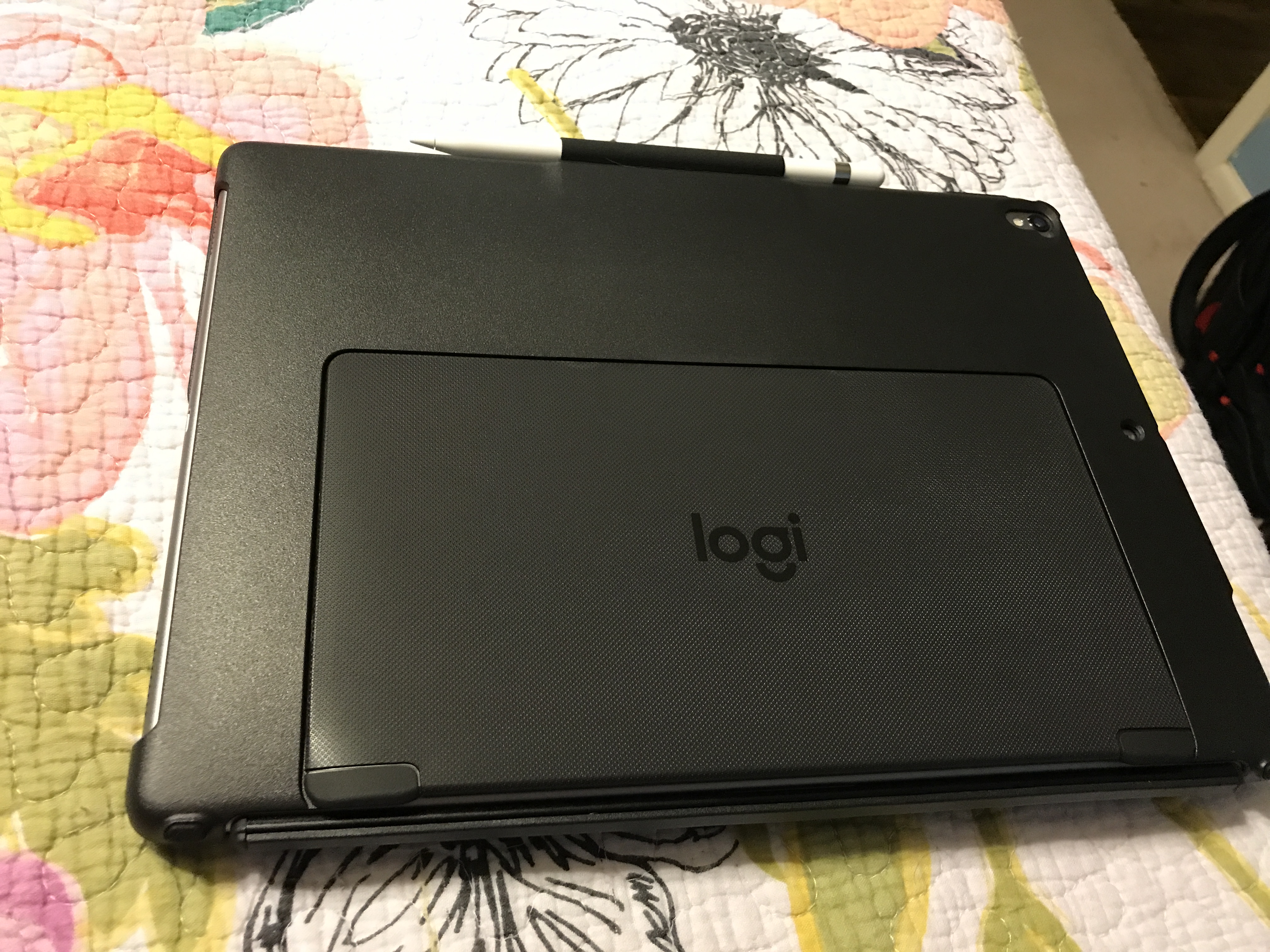 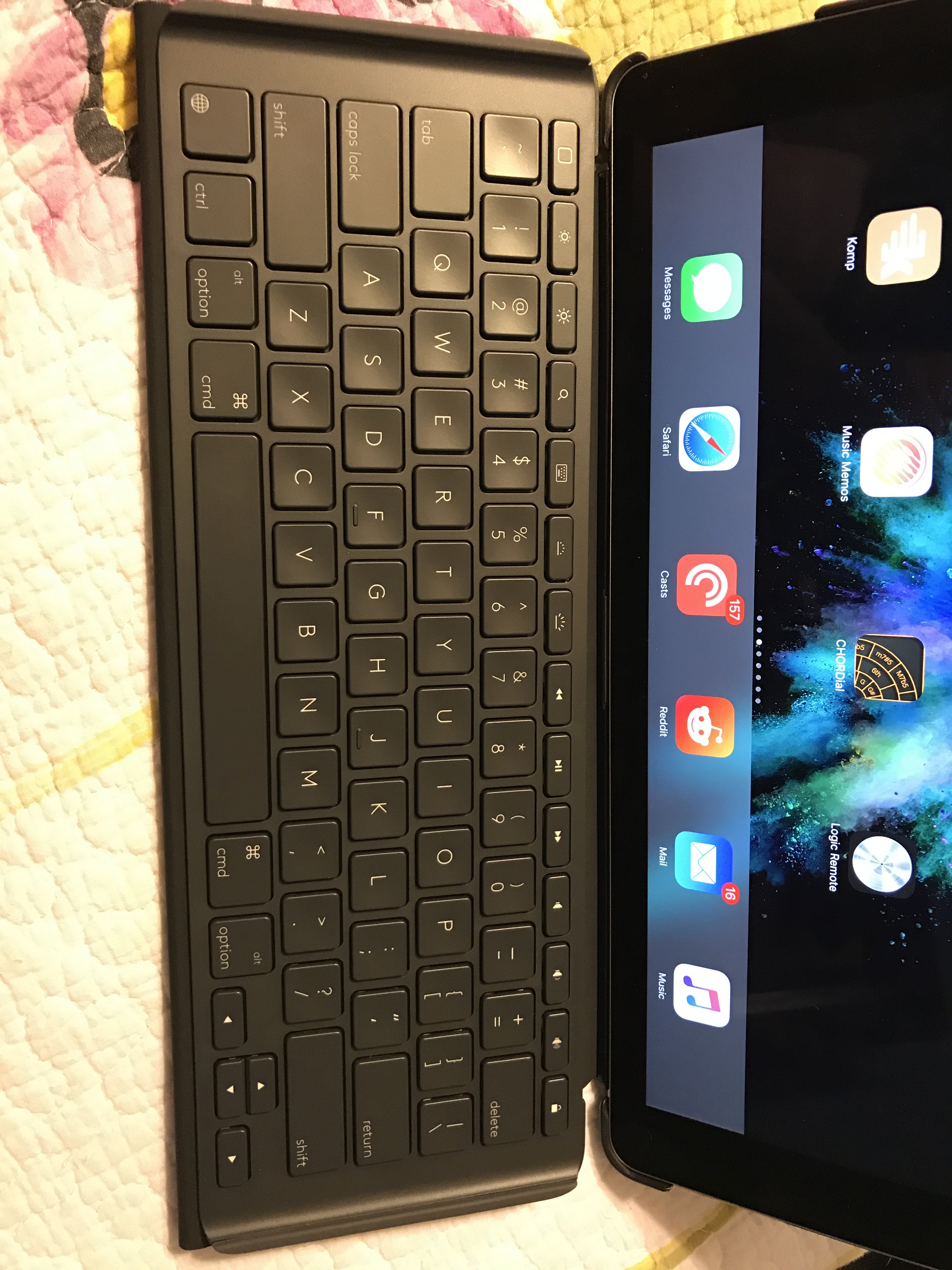 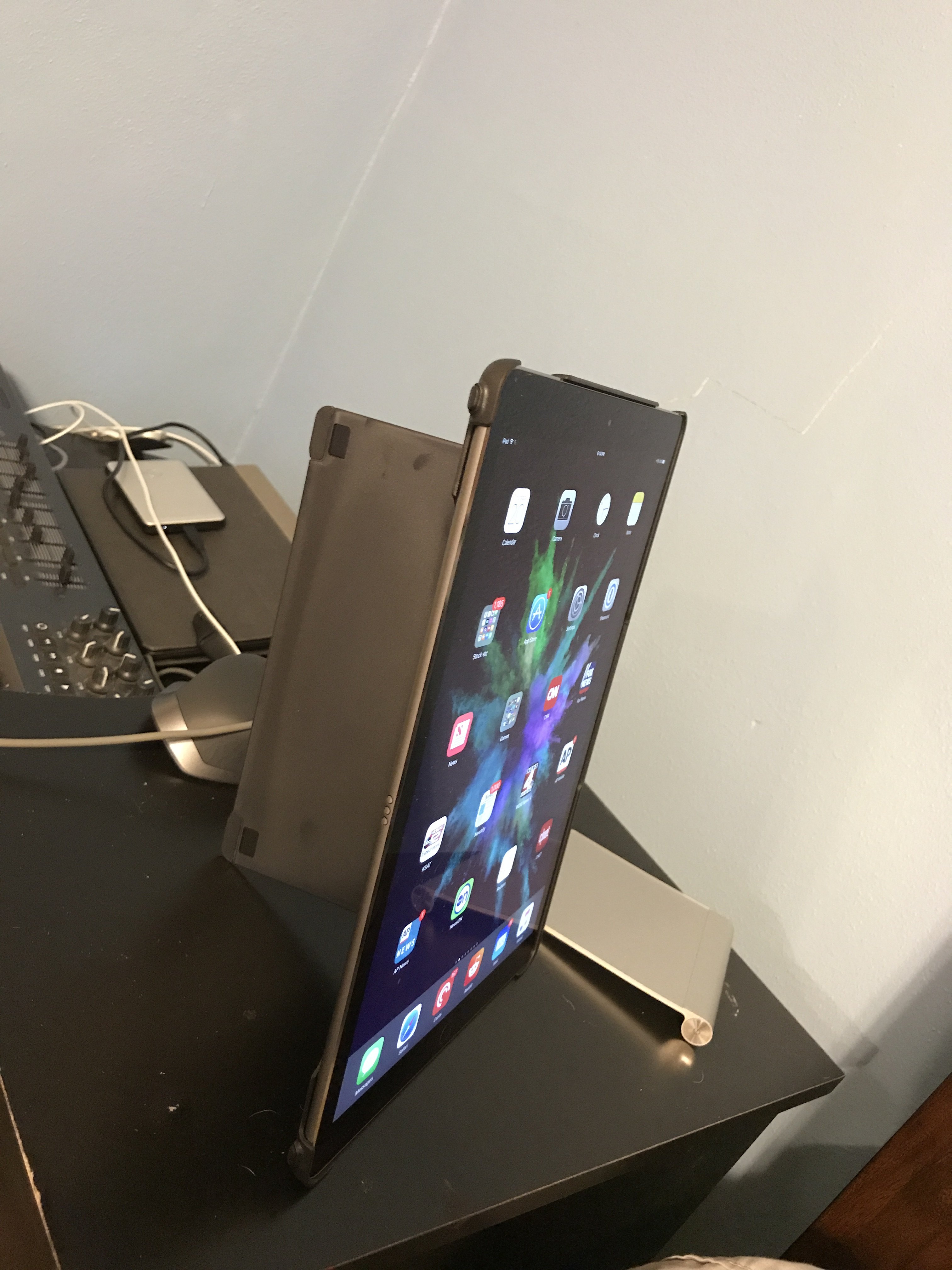 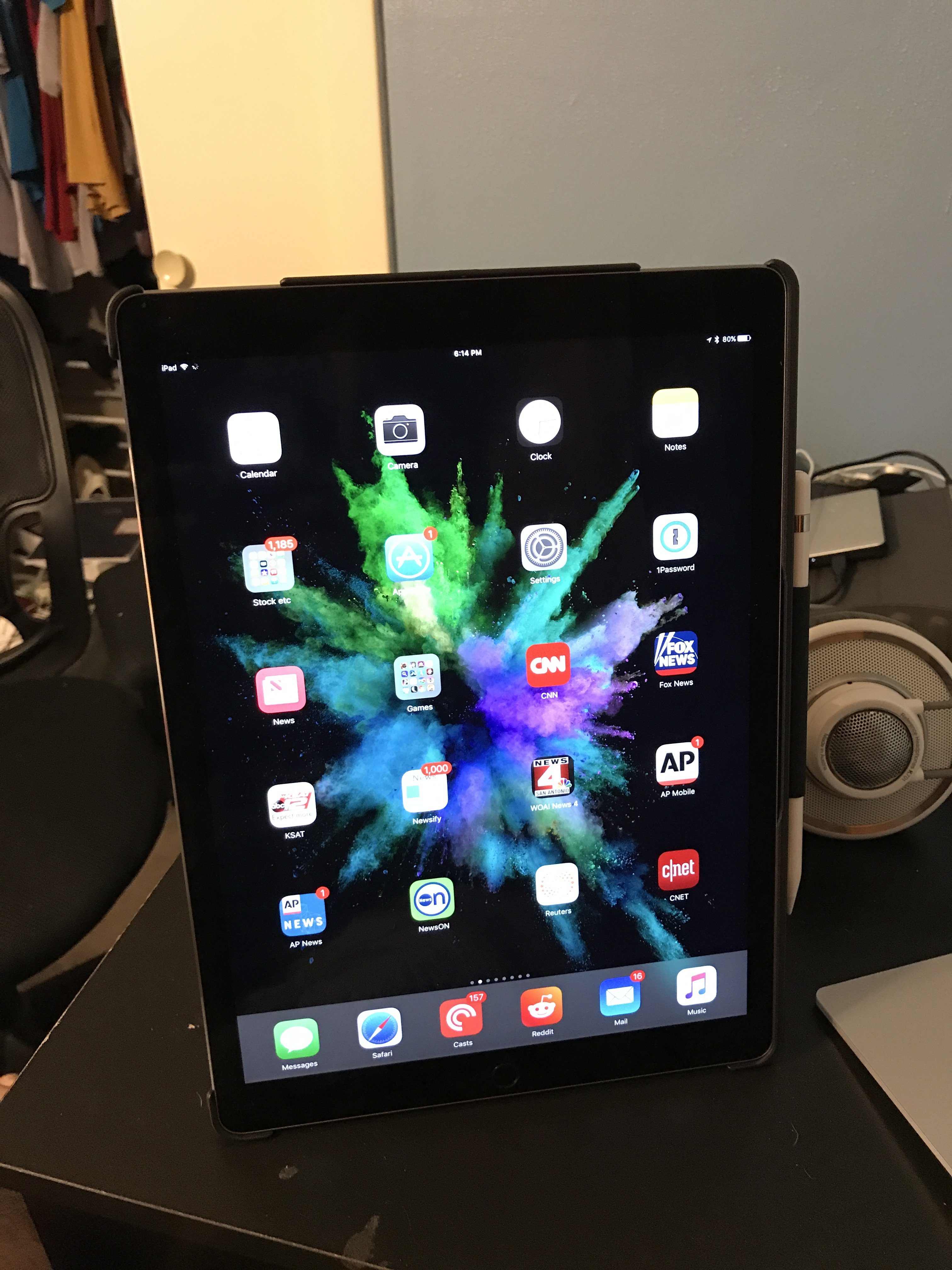 It's a pity because to me it looks better quality than the Apple Smart Keyboard. I cannot believe that the Apple Smart Keyboard costs 190 Euro over here! How can people pay that much for such a tacky keyboard?? I tried it out for the first time a couple of days ago and was shocked at how bad it really is. Haven't found the Logitech one yet to try it.

I would have thought that if the iPad is locked then it wouldn't matter if keys press the screen?

Pity it makes the iPad look like it's wearing bomb proof armor.
M

Returned mine for the same reason. Going with the ASK and Khomo companion cover for now.

markusbeutel said:
Returned mine for the same reason. Going with the ASK and Khomo companion cover for now.
Click to expand...

I'm leaning towards that combination as well. I think it's a good balance of size/weight and quality
P

I had an ASK with my 1st gen 12.9. I bought the Logi Slim Combo for my 2nd gen 12.9. I like all the features the OP was talking about and showing in his pictures. I also checked the gap between the keyboard and the screen - it is about 1/8 inch. I do not stuff my iPad in a bag, rather I put it in a briefcase so nothing is pushing hard against any portion.
When I bought my 1st gen 12.9, I also bought the Logi Create keyboard, mostly because of the set of special Keys and the backlighting. The weight was too much though and I switched to the ASK. However, the Slim Combo, for me, combines the best of both smart keyboards. Plus, it has a sleeve for the Apple Pencil.
Last edited: Jul 25, 2017
Reactions: Hawaiian Starman
A

That's what makes the world go round. Different choices.

Ive had this new Logitech keyboard cover thingy since its launch and its been no issues with me. I also had the CREATE for the original iPad 12.9 and this is much better quality wise. The keyboard on this new one is nice. The ability to remove the iPad from the keyboard was a feature i wished the CREATE had when i had that combo.

This solution works for me and i enjoy it. It will not work for others and that's why there's options out there.
Reactions: Hawaiian Starman
H

Hawaiian Starman said:
Logitech support claims keyboard activation issue is being investigated with the intent to create a firmware fix
Click to expand...

Today at 3:47 AM
salamanderjuice
S
A
iPad Pro Thinking of returning Magic Keyboard

Yesterday at 8:41 AM
ahostmadsen
A