Apple's "Today at Apple" in-store creative sessions are returning to some retail locations in mainland China, following a pause due to the global health crisis. 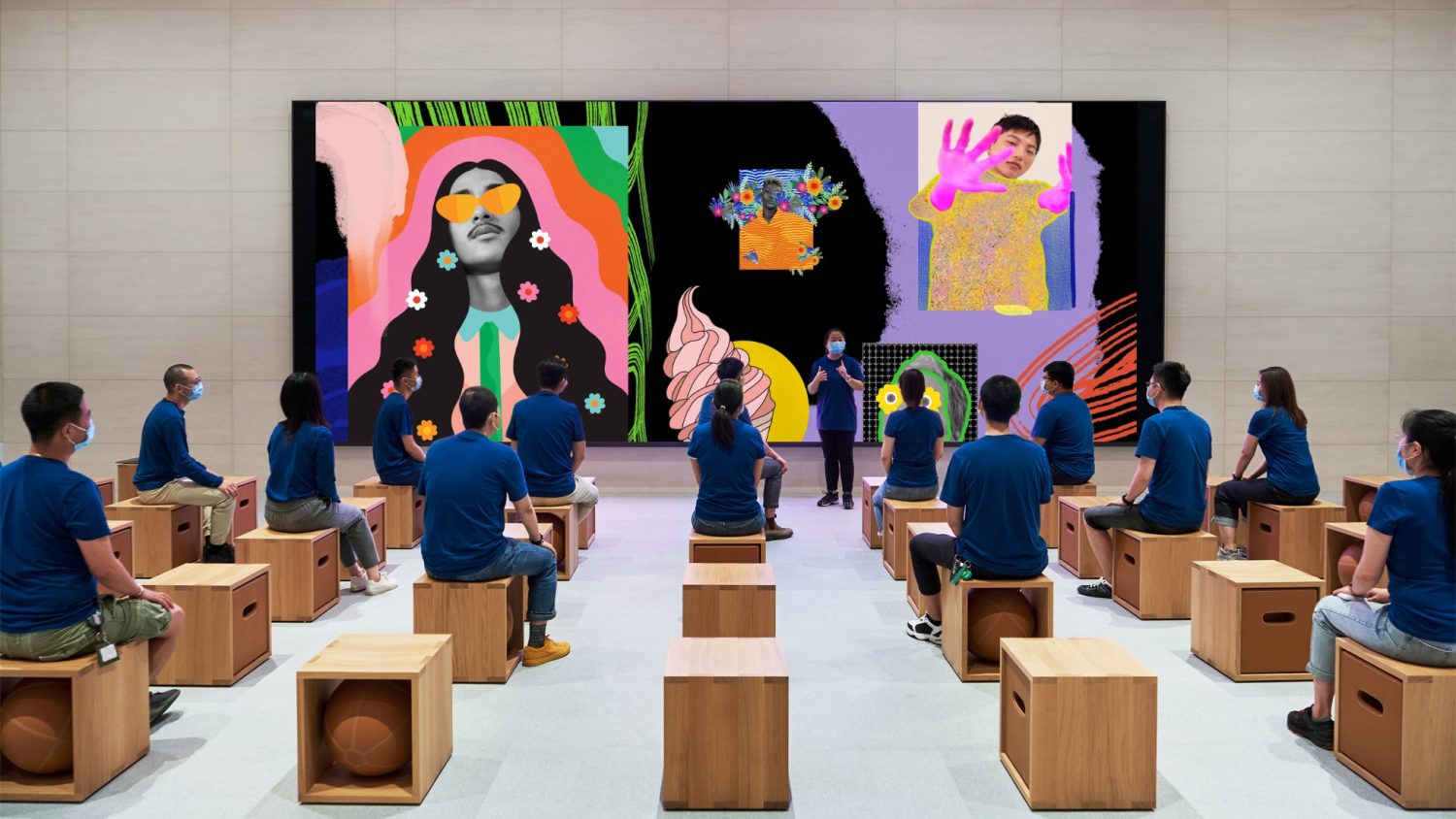 Today at Apple will resume at the following nine stores across the country on Monday, August 3, writes Michael Steeber (via 9to5Mac).
The locations all feature Apple's latest store design with a video wall, where sessions will take place. A maximum of three sessions per day are scheduled at each store, and participants can expect changes to the usual session plan.

Sessions requiring headphones have been stricken from the schedule, as have those usually including community-based Walks, which are being replaced with photography and art sessions that abide by social distancing and hygiene rules.

The reintroduction of Labs and Performances by local artists, which often draw crowds, has been delayed. Forum cube seating is spaced further apart, so the maximum number of people at a session will be less than normal. Apple says it will also be disinfecting equipment used after each session.

The pic in the article reminds me of the 1984 ad...
Reactions: ChromeCrescendo, ruthbx, Precursor and 2 others

Why does this look like a scene from the 1984 commercial?
Reactions: ChromeCrescendo and ruthbx
R

that was my 1st thought!
Reactions: ChromeCrescendo

ruthbx said:
that was my 1st thought!
Click to expand...

This forum does not disappoint
U