Apologies for missing last week's iOS gaming roundup, but I've got a good reason: I was in Jordan judging Middle Eastern and North African mobile games for the International Mobile Gaming Awards (IMGA). It's an organization that for fourteen years now has been hosting international competitions looking for the best mobile games.

I've been involved for several years now, and it's awesome actually having game awards specifically for mobile instead of how things usually go -- a quick mention on the tail end of other "real" game awards that might vaguely acknowledge mobile. Submissions just started for this year's IMGA's, so if you're an iOS developer and want your game considered, be sure to submit it. Unlike a lot of game awards, submissions are totally free, so go wild.


Kicking things off is the announcement of the release date for the upcoming Reigns sequel, Reigns: Her Majesty. We'll once again be managing our kingdoms via Tinder-style right and left swiping decisions on December 7th. We got a closer look at the game back at PAX West which digs a lot deeper into what to expect than the above launch trailer.

Reigns is an unbelievably great game, and one that you can hand to both the most hardcore gamer and someone who has never played a game before and they'll both enjoy it. We've got a full review of the original up on TouchArcade, and so far it seems like the sequel is exactly what we wanted: More Reigns.

The Animal Crossing: Pocket Camp Friend Finder is now live! Answer a few q's for Katrina to see which animal could be your BFF! #PocketCamp pic.twitter.com/B6TsjqBRJQ - Isabelle (@animalcrossing) November 16, 2017
Click to expand...

We've been closely following the upcoming global release of Animal Crossing Pocket Camp which, per Nintendo, is due out in "late November." Well, we're rapidly approaching the launch window which led us to suspect that Nintendo might be vague-tweeting a potential launch date reveal... But, in actuality, all it was is this promotional web site where Animal Crossing's Katrina reads your fortune to find your BFF in game. While it isn't a launch date, these sorts of things ramping up are a great sign that Pocket Camp is almost upon us. For what it's worth, I've got my money on it releasing early next week, so it can spread organically as everyone is playing it over family gatherings on Thanksgiving.


The curious thing about covering mobile games is sometimes you find yourself inadvertently at the center of incredibly odd situations, particularly with how ubiquitous mobile has gotten over the year. For instance, the most popular TouchArcade story of all time was when Apple removed games featuring the Confederate flag. Well, this week it came out that Russia was using mobile game screenshots to show "evidence" of US collusion with ISIS. It's a pretty unbelievable situation, but I suppose that's the case with practically everything in the news cycle these days. But, hey, the game they used, AC-130, is pretty fun to fiddle around with if you missed out playing the huge amount of these games on the App Store as they used to be very popular a few years ago.


We're also super excited for the upcoming release of Sky, the upcoming title by Thatgamecompany which Apple showed off at the last keynote. We got a quick look at the first six minutes of gameplay, which is narrated by Thatgamecompany's co-founder, Jenova Chen. The video is packed with so many insights it's hard to focus on just one, but I'm very curious to see how all the social components work out. They're born of people who played Journey, but found themselves wishing they could play with family and friends. I've got a lot of faith in Sky being very good, and I can't wait to try it out when it launches in a few months.


NetMarble's Lineage 2: Revolution launched this week. It's based on the PC MMORPG Lineage 2, and features both realtime 20 vs. 20 and 50 vs. 50 battles. They've been pulling out all the stops when it comes to promoting the game -- it was featured at TwitchCon, Conan O'Brien has been playing it, and tons more. The game boasted a massive 1.5 million pre-registrations before launch, and I'm supremely curious to see if it maintains that level of excitement in the following days. 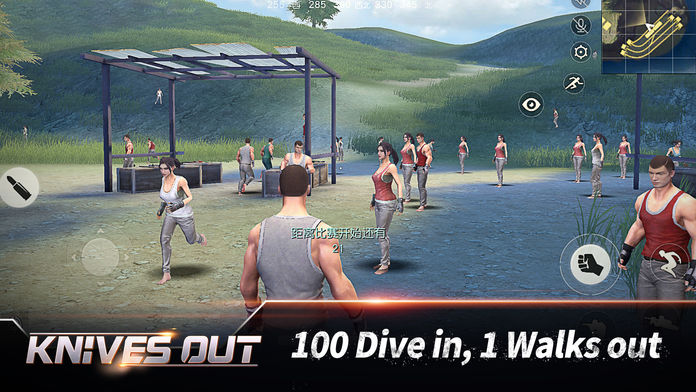 While Playerunknown's Battlegrounds (PUBG) is the biggest thing ever in the PC world right now, the Chinese publisher NetEase has been up to some incredibly curious things when it comes to launching knock-offs on mobile. Last week it launched a game in China with a title that roughly translates to "Wilderness Survival" which was a supremely on the nose PUBG knock-off. It soared to the top of the charts in China, leaving Western gamers curious when they could get a crack at the Battle Royale genre on mobile.

Here's where things get weird: NetEase then released not one, but two PUBG knock-offs on the App Store. Knives Out and Rules of Survival, which at first glance appear to be the exact same game, by the same developer, with different names. We reached out for clarification to find that NetEase apparently has two internal studios that are competing for who can make the most successful PUBG knock-off? Why you wouldn't do some sort of internal play test then decide, "OK, this is the one we're launching" instead of releasing both games is beyond me. But, hey, if you're into PUBG and want to play it on your iPhone... You have your choice between two incredibly similar games made by the same company. I'm sure this makes sense to someone.

That's all from me this week, but there's loads more things that have happened in the world of iOS gaming the last couple of weeks, so if you're interested in this scene be sure to swing by TouchArcade where we're posting this sort of thing day in and day out.

MacRumors said:
NetEase then released not one, but two PUBG knock-offs on the App Store.
Click to expand... 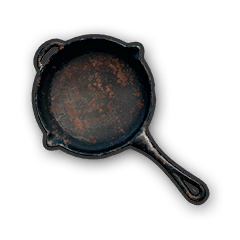 I wish there would be an easy way to check out Apple TV games.
A

MacRumors said:
Well, this week it came out that​
Russia was using mobile game screenshots​
to show "evidence" of US collusion with ISIS. It's a pretty unbelievable situation, but I suppose that's the case with practically​
everything​
in the news cycle these days. But, hey, the game they used,​
AC-130​
​
, is pretty fun to fiddle around with if you missed out playing the huge amount of these games on the App Store as they used to be very popular a few years ago.​
Click to expand...

​
Not really that unbelievable, if you’ve been following the news at all over the past year. Russia is trying to undermine the US at every turn and with whatever means it has at its disposal. They’ve been quite successful, on balance.

I tried Knives Out for a couple seconds. If only I could read or understand Chinese...

I think game reviews by default need to: