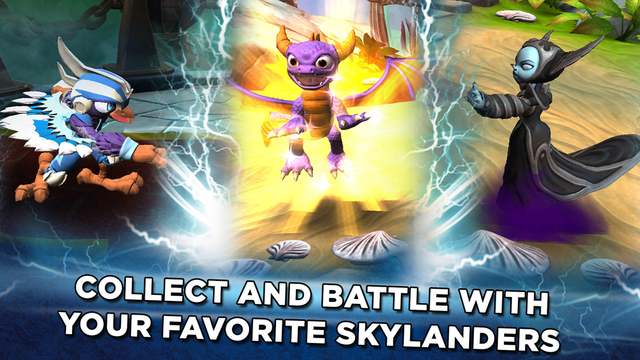 Players control a team of three characters and compete with another group in turn-based combat. Each character represents one of eight different combat elements, and players can change which character takes the lead role for each round, which affects which cards can be played. The goal is to knock out the opposing group by casting spells with cards and directing characters to attack individual opponents.

As with most card games, Skylanders Battlecast is free to play, but expanding card collections requires players to spend money to buy the game world's virtual currency. A 22-card "battle pack" for instance costs 1,400 virtual coins, or $14.99 in real terms.

Skylanders also lets players buy packs of physical cards which they can then import into the game world using their device's camera. The scheme works out cheaper than buying digital cards, with $4.99 for booster packs and $9.99 for battle packs. 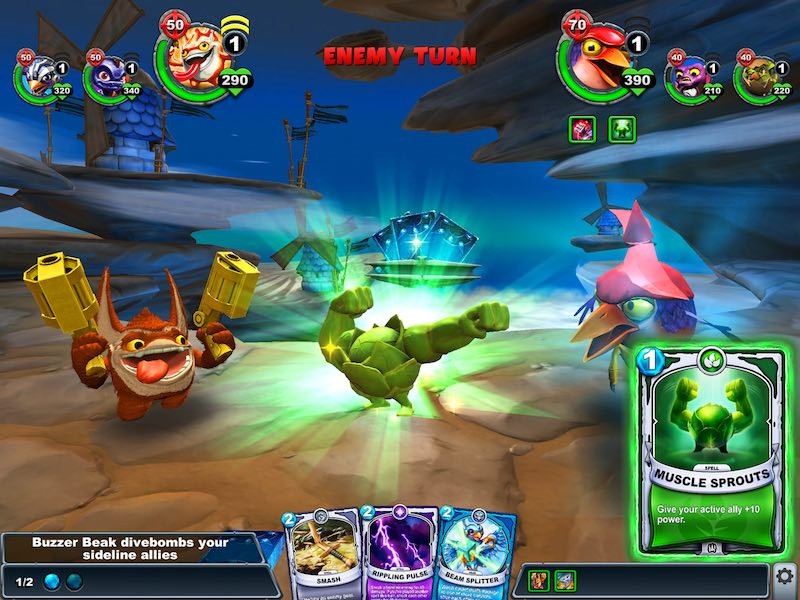 Mobile card games have experienced seemingly unstoppable growth in recent years, with Activision Blizzard's Hearthstone reportedly earning $20 million a month. Translating the toys-to-life Skylanders franchise into the digital arena will likely drive even more growth for the parent company as it seeks to reach a new audience.

Skylanders Battlecast is a free download for iPad and iPhone on the App Store. [Direct Link]

Oh, Spyro... I'll never get over what they did to you.
Reactions: LucarioGames, Mascots and thatanonymoususer

I'll have the cover up the existence of this game to my son otherwise he will beg me to add to their money pile...
2

I'm sorry... "toys-to-life"? This is the first time I've heard that bit of boardroom language.

JohnApples said:
Oh, Spyro... I'll never get over what they did to you.
Click to expand...