Video speaks for itself. Has to be hardware, right? Either the integrated GPU (this machine doesn't even have a dGPU) or the display cable?

Booted into diagnostic mode and of course it said no issues found.

Does this only happen during wake? If so, most likely a purely software issue. Try resetting SMC and friends.
P

leman said:
Does this only happen during wake? If so, most likely a purely software issue. Try resetting SMC and friends.
Click to expand...

It has only happened upon wake, but when the external Apple Cinema Display is connected, I often get a bright white flash from the external upon putting it to sleep.

Really think this is software?
L

Yeah, it’s weird. A defective GPU would certainly show problems during operation. And since you are getting this on both internal and external displays, it’s probably not display-related. If it’s hardware, the only thing that comes to my mind is some sort of power surge that only occurs when the GPU is powered up or down... or maybe the connection between the GPU and video bus. Could be a capacitor etc.

What MBP is it and which macOS are you running? One way to test it is install Windows via boot camp and check if it occcurs there too...
P

It's a brand new, sealed mid-2015 with just integrated Intel graphics running a clean USB install of the latest version of Mojave.

That's a good point about the display cable since I'm seeing issues on both the internal and external display, so I guess we can rule that out.

Here's a video of the external display upon being put to sleep, just a single white flash:


Going to do a PRAM/SMC reset and report back.
[doublepost=1543213961][/doublepost]Neither PRAM or SMC resets fixed it.
P

Not sure if I'm making progress on this or not -

Had an idea to try setting the resolution back to native and see if it scrambled. My thinking was if I change the resolution to native and it doesn't scramble, and then change it back to scaled and it immediately scrambles again, then I know I have a software problem and the culprit would be running at scaled resolutions.

First, let's get it out of the way that the external display's behavior hasn't changed and I still get a white flash every time, regardless of the resolution the built in display is set at (note that the external runs at its native resolution). Note I tried both Thunderbolt ports and the results were the same, so I at least ruled out a bad port. Also, I have gotten the external display to now flash white upon restarts and shut downs, not just when going to sleep.

As for the internal display, well, it was almost that simple. After multiple toggles between native/scaled resolutions and multiple sleep/wake cycles for each toggle, I can confirm that it is much less likely to scramble at native resolution. Unfortunately, I saw two occasions where I still saw brief scrambling on the black screen prior to the login screen, immediately when the LCD backlight first turned on.

So basically the internal display scrambles less at native resolution, but still isn't perfect. Not sure if this really tells me anything or not.
P

Might have to just go to the store in an hour when they are open, buy another one today at the same Cyber Monday price, and start trying to replicate the problem on that one, then I'll know if it's software. And if I can't replicate it, assuming I don't lose the QC lottery with scratches or chips in the machine out of the box, then I guess I'll keep that one and do a clean install and set that one up and return the current one. What a hassle buying a new computer can be, ugh.
L

Honestly, I'd just RMA it at this point...
P

leman said:
Honestly, I'd just RMA it at this point...
Click to expand...

Yeah, if I knew I could get one right out of the box that's perfect then no question. Problem is, this machine as it was was #4. First one was a refurb from Apple that was beat up, then I found new ones for sale and the first one of those had a chip in the lid, second one had a smaller (but livable) chip in the lid but awful backlight bleeding, and this one is actually good from a QC perspective...I hate to be "that guy" but I might have to be. Doing two exchanges was already embarrassing at a smaller retailer.

In any regard I went ahead and reserved another for in store pickup...
P

Luckily I got a good one today, finished setting up with a clean install again and am doing the initial TC backup. Old one is boxed up and ready to go here in a few, and might see if Microcenter can match B&H's $1599 Cyber Monday deal, which would put $150 back in my pocket.

So far things seem to be good.
Reactions: Queen6
L

puma1552 said:
First one was a refurb from Apple that was beat up
Click to expand...

Any details on this? People have described Apple refurbs as indistinguishable from new frequently here.
P

LogicalApex said:
Any details on this? People have described Apple refurbs as indistinguishable from new frequently here.
Click to expand...

I realize that if the board is reused, the inset part of the magsafe port might have that staining/burning on it, but the surround around the ports was in pretty rough shape, and there were nicks along the front edge as well. All in all, not impressed. Returned it to the store within 2 hours before even turning it on.
Reactions: LogicalApex
L

LogicalApex said:
Any details on this? People have described Apple refurbs as indistinguishable from new frequently here.
Click to expand...

Apple explicitly states that refurbs might have minor cosmetic issues. Most of them are like new, but here and now you’ll have a chip or a small dent. The only return I ever got was an iMac years ago and it was missing the WiFi module went back immediately. Don’t get me wrong, I’d totally get a refurb again if I were in a market for an older laptop.
P

Back in business, everything is flawless thus far. Glad I went through the hassle of one more return and one more painstaking clean install/setup. 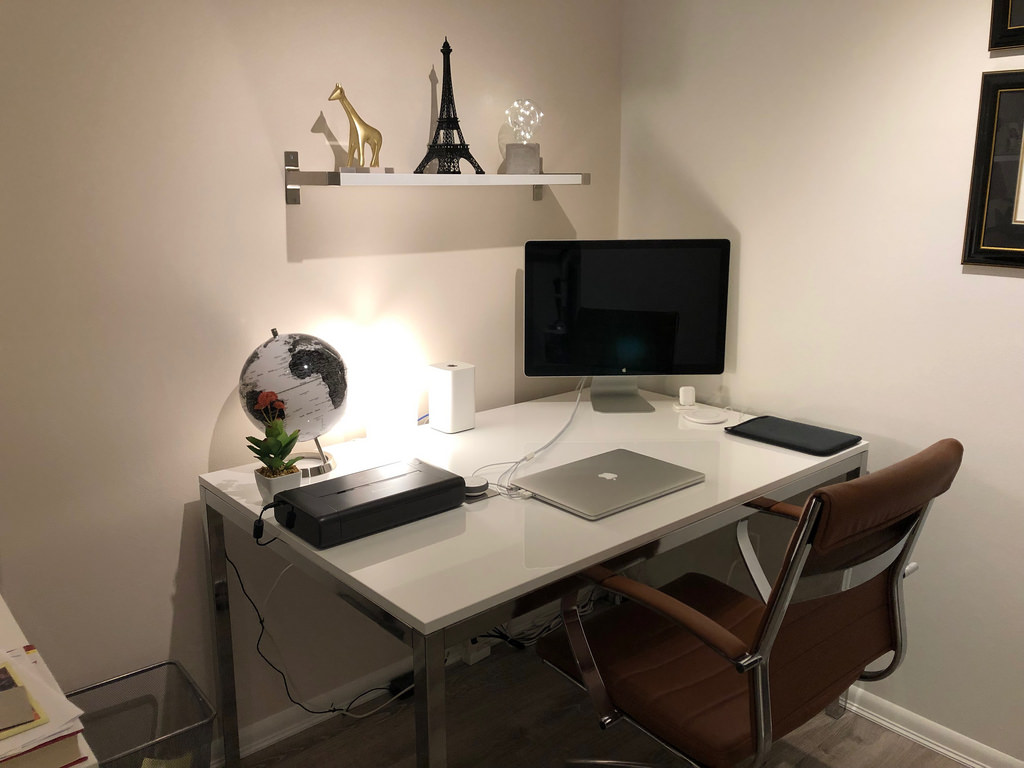 Happy to hear it worked out for you in the end! Super annoying when stuff like this happens...
P

leman said:
Happy to hear it worked out for you in the end! Super annoying when stuff like this happens...
Click to expand...

Thanks, I've typically had good luck with Apple stuff in the past, the only products I had that were problematic from an initial QC perspective have been this computer and the iPad Air 2, other than that I've never had to return anything. QC is slipping?
P

Been several weeks now and this machine has been flawless so far. No scrambling of any kind under any circumstance, and this machine is a total joy to use. It runs quiet and cool, and at idle with the screen on full brightness and nothing open it sits at a very cool 28 degrees C. Under moderate load (Safari/Chrome, Youtube, iTunes, couple word docs open, etc.), it typically sits at 37-41 degrees C. With a light load, it typically sits around 35 degrees C. I really haven't heard the fans spin up at all for anything.

Literally my only complaint is that I wish the screen was brighter; 5 years newer than the 2010 it replaced and the brightness is the same (I was aware the 2016+ models had a large brightness increase at the time I bought this; still, I wish Apple had bumped the brightness between 2010 and 2015). Oh well, the next time I upgrade it will be that much more substantial.
Reactions: BionicMan
You must log in or register to reply here.
Share:
Facebook Twitter Reddit Email Link
Register on MacRumors! This sidebar will go away, and you'll see fewer ads.
Sign Up
Top Bottom