Preface: Obligatory acknowledgement of posting about an "Early Intel" topic. This is still the best place around for early Intel advice even if the label and primary focus are PowerPC. 😛

With that out of the way, I'm working on a 17" 2006 Core Duo Macbook Pro (A1151), and have fitted it with an SSD. I've read that TRIM can be enabled for third party SSDs via the old, free version of TRIM Enabler (2.2 if my reading is correct). However, the oldest version I was able to find on the Wayback Machine still says that it cannot run on my laptop when I try to run it, so I'm assuming it is still too new. Would anyone have a copy of version 2.2 archived? I assume this would be legal to share (and not run into the ire of the mods), since this was from when the program was free.

Thanks for trying though!

dbdjre0143 said:
Thanks for trying though!
Click to expand...

Shot in the dark, but see what happens if you right-click it, Show Package Contents, Contents, Info.plist, and change LMinimumSystemVersion from "10.7" to "10.6.8". 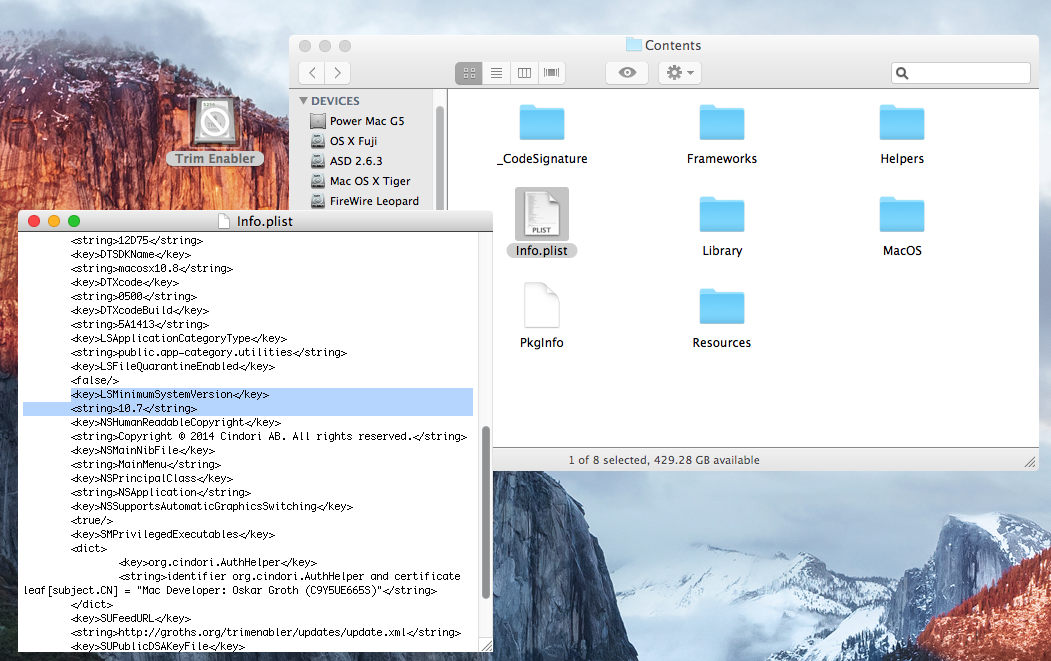 Tried, and that gets me back to the message, saying "You can't open the application Trim Enabler because it is not supported on this type of Mac.". However, looking in the plist was very helpful. Found this:

I always heard if you bought a good quality ssd you didn’t need trim.... 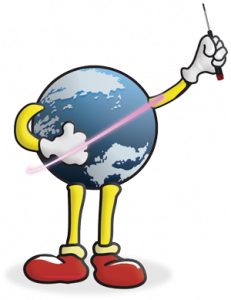 With An OWC SSD, There’s No Need For TRIM

If you’ve researched using an SSD before, you may have heard how they can slow down over time. Most manufacturers go out of their way to avoid this by suggesting users run TRIM, a command for clean…

DouglasCarroll said:
I always heard if you bought a good quality ssd you didn’t need trim....

With An OWC SSD, There’s No Need For TRIM

If you’ve researched using an SSD before, you may have heard how they can slow down over time. Most manufacturers go out of their way to avoid this by suggesting users run TRIM, a command for clean…

But having TRIM is always better...

for this said:
But having TRIM is always better...
Click to expand...

Agreed. I use an SSD on my G4, obv without TRIM, but when you can, there's no reason not to.

there has to be a way to engineer an app that does trim for ppc. they were able to make code for intel apps when they were only ppc, why not backwards. even if only for 10.5
Reactions: z970mp
D

for this said:
But having TRIM is always better...
Click to expand...

In what way? Aren't we talking software versus hardware doing the same thing? I'm confused.
F

DouglasCarroll said:
In what way? Aren't we talking software versus hardware doing the same thing? I'm confused.
Click to expand...

On an HDD, when you delete a file, what happens is the HDD's "look up table" gets updated so that the OS knows that location (LBA) can now be overwritten when needed. And when the time comes for writing on that location, the HDD head just overwrites it, no fuss.

Now, problem number one on SSD's: when you delete a file on an SSD, the SSD's controller doesn't get to know or read the look up table. So it doesn't know what data is valid (still in use) or invalid (deleted-not in use anymore).

This is where TRIM comes to help. It enables the SSD's controller to know what data is invalid/can be erased.

Without TRIM, the only time when the SSD's controller knows what data is invalid is when it receives a command from the OS to write on an LBA that is already containing data. So before that time comes, the invalid data will get carried from place to place in "garbage collection".

Problem number two: on an SSD, before a data can be written on a location. That location needs to be in "vacant" state. If it is containing data, even if that data is invalid, it can't just be overwritten like on an HDD, it has to be erased (to become vacant) first...


[sorry I don't have time for all this, so cut it short]


With TRIM, the SSD's controller can selectively carry only valid data onto new location during garbage collection. No need to move invalid data around which increases wear and tear (write amplification) and wastes space.

There is no direct TRIM replacement in the OWC's link. The DuraWrite would even be helped by TRIM because there would be less data to be compressed and would result in even less write amplification. Even though they insist they don't need TRIM.

So this is why I said having TRIM is always better (than not having).
Reactions: dbdjre0143, reukiodo and z970mp